We woke up in the night to water all over our floor because it was pouring and the roof was leaking in a couple of places.  Lucky it wasn't on our beds.
In between showers I went exploring.  I had breakfast at Mercado Central and on the way crossed paths with these little ones.  All kids wear uniforms to school but these were the fanciest with their ties and berets.  There had to be about 50 of them, holding hands, talking, gawking into the shops, not paying any attention to anything as they walked along on the narrow sidewalks with the traffic whizzing by.  Their teachers were busy trying to take care of them, but it was like herding cats- 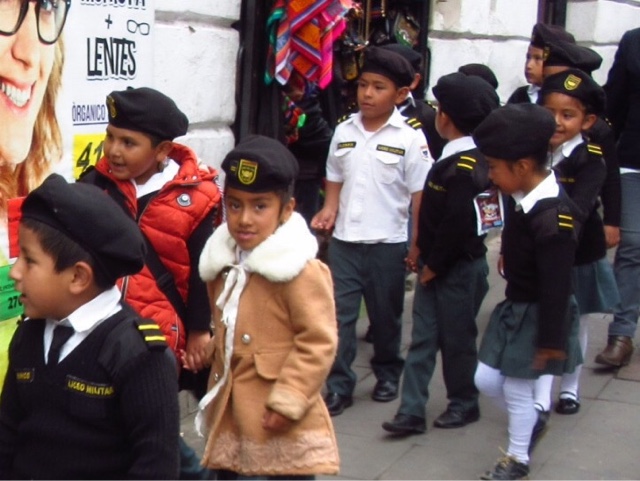 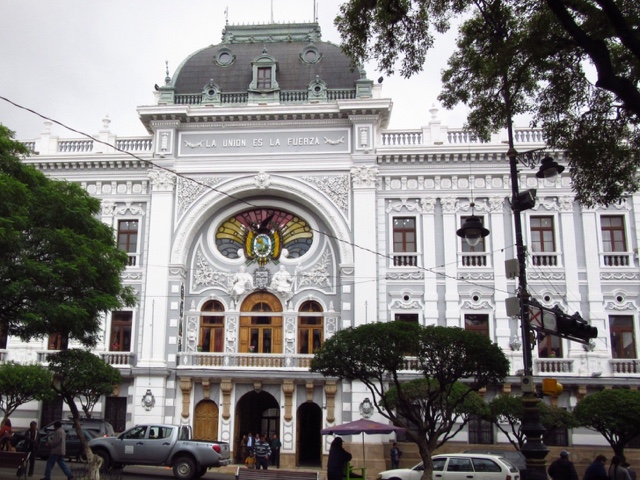 Parque Central was empty today compared to yesterday!  I think all towns should have a day every now and then when cars aren't allowed on the streets and businesses are closed.  It was so refreshing- 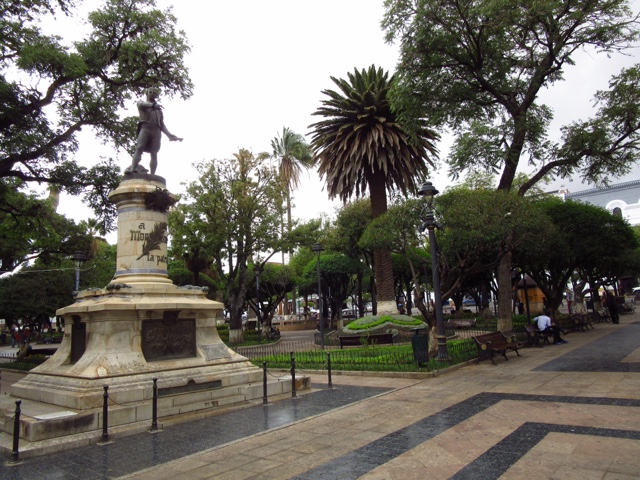 Catedral Metropolitana was never open during my stay.  Lying Planet says there's mass every morning at 9 but I don't think so- 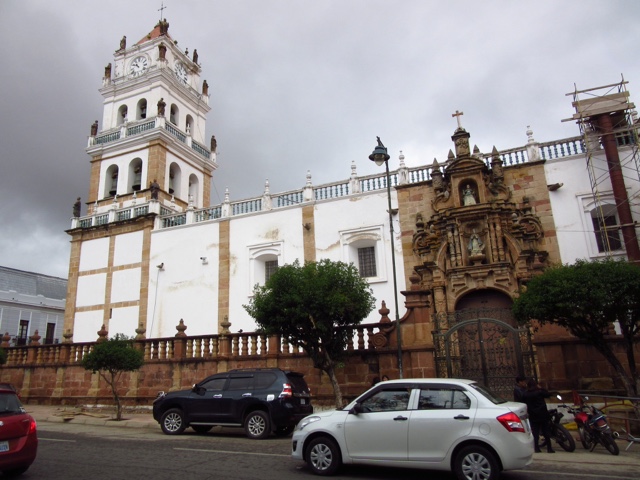 Él Cementerio General is just 3 blocks from our hostel, straight down the street.  Leaving, I took a wrong turn, not sure how, and had an extra few blocks to walk home.  I can't believe how I've lost my sense of direction since I started using maps.me on my iPhone.  I'm going to throw that app away-
The main entrance of the Cementerio is very lavish- 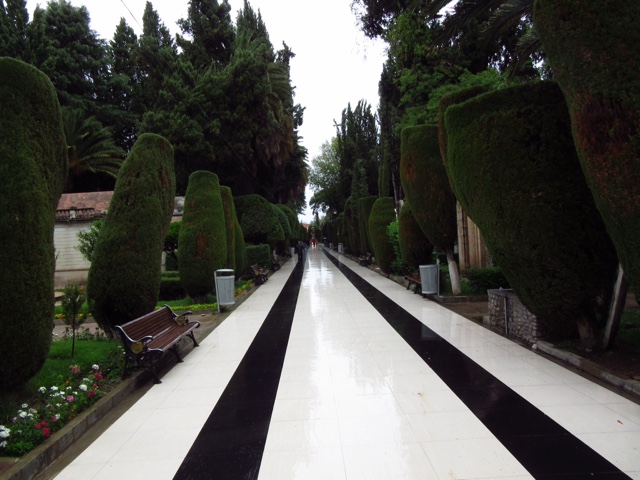 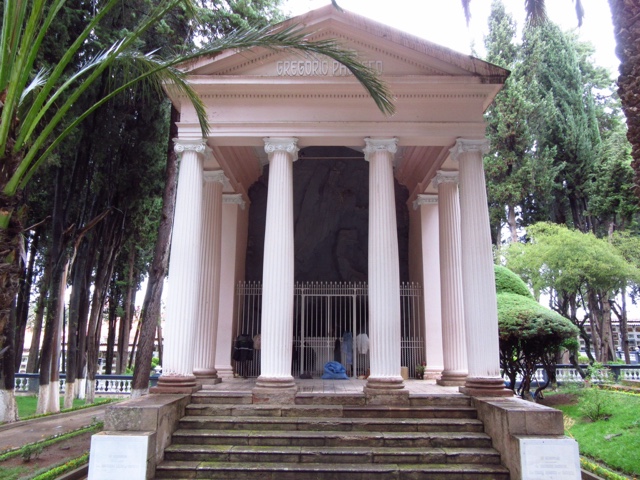 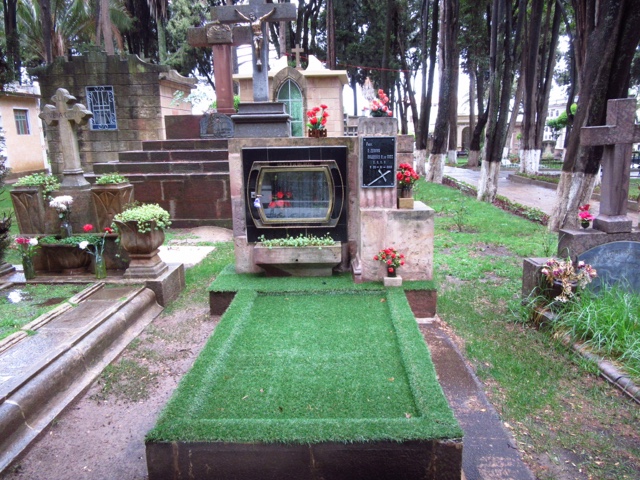 But the majority are buried in cubby holes like these- 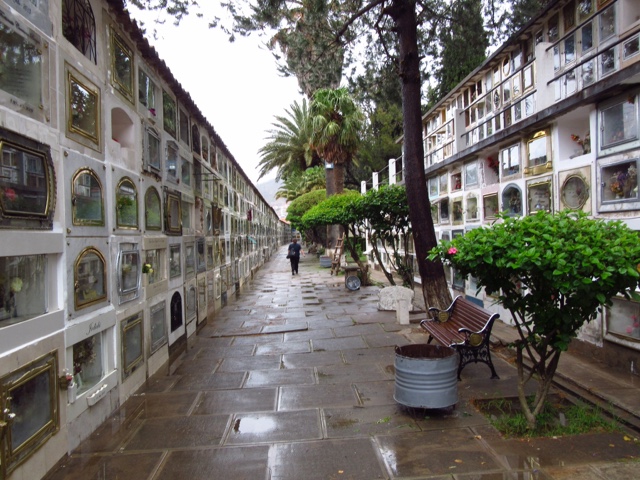 Norman, Richard and I went to an awesome French restaurant tonight for supper.  I only had shrimp/seafood soup because I wasn't hungry but they had some awesome steak and filet mignon.  I wish we were staying another night because I'd not eat during the day to have the filet mignon.  On the way home, Parque Central was alight - so beautiful- 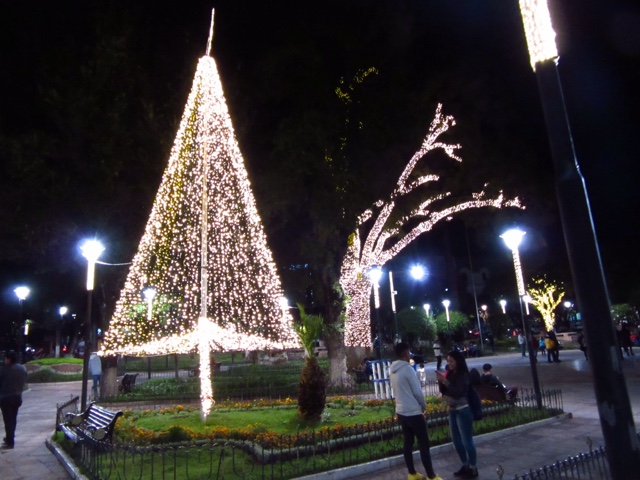 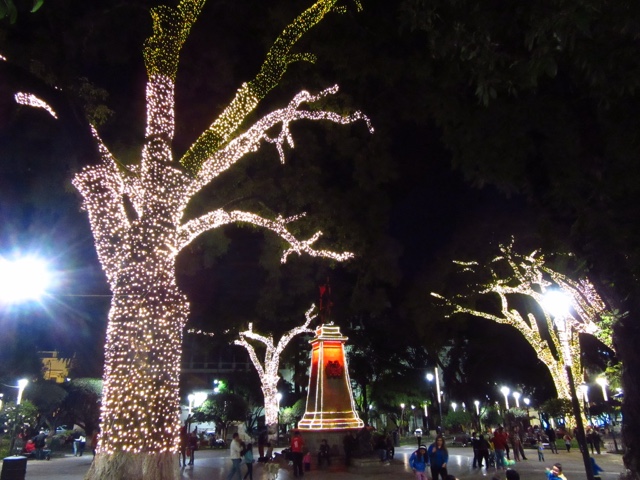 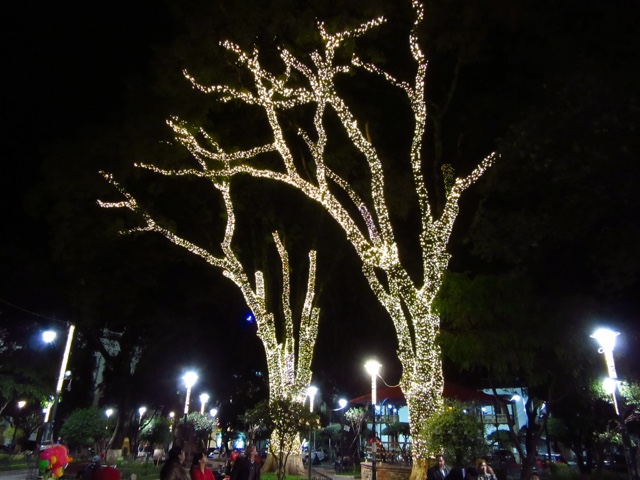 We have a 7 am start tomorrow making our way towards Argentina.  We'll be camping for 10 days or so.... I'm not looking forward to it especially if it rains and/or is cold.  I'm also cooking tomorrow night which is the first time since I joined the trip October 6!  Bijan, Margueritta and I are making chilli - actually opening cans of chilli, pasta and pico de gallo - my favorite.  So we went to Mercado Central to buy our produce where it's so cheap!  We bought 16 tomatoes, 4 peppers and 8 onions for $3.67!  The only thing we couldn't find was cilantro.  So after the market, I went to the supermarket because I'd seen some there yesterday.  The huge basket labelled cilantro was empty.  One of the workers phoned her friend Sandra back at the Mercado Central to see if she had any and apparently she did.  So, I raced back there, only to find out Sandra wasn't even at work and no, where she worked, they didn't have cilantro.  I was sweating and wet because it's been raining off and on all day.  So I guess it will be pico de gallo sin cilantro.  Wifi might also be non existent too!
at December 04, 2017