What a lazy day!  I had a great sleep, then wandered around the Plaza looking for people from my group.  I found Jan and Richard so we shared a beer.
Later I went to La Iglesia San Francisco.  It's very unusual colors - magenta and yellow- 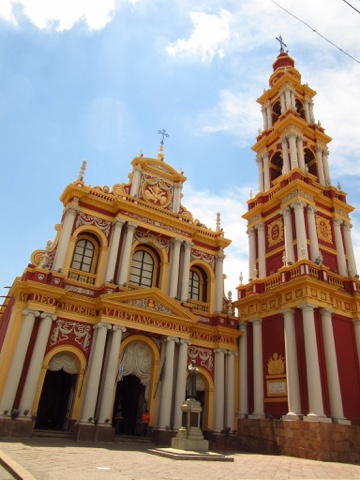 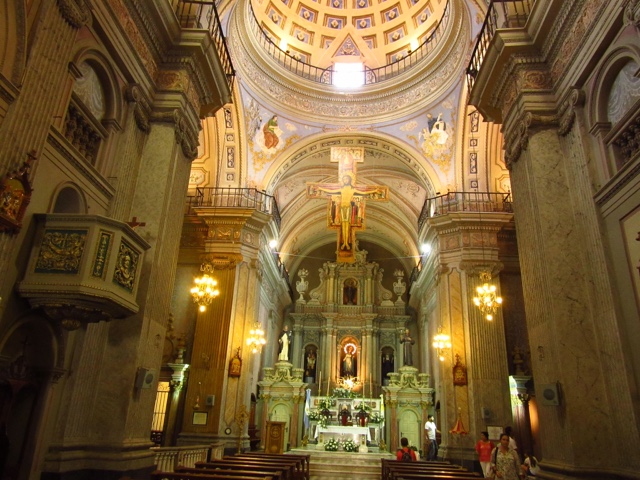 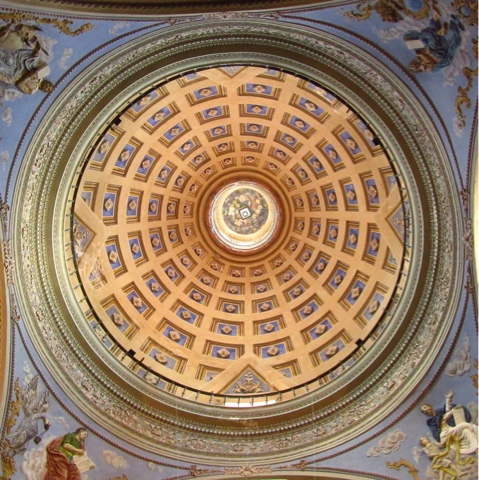 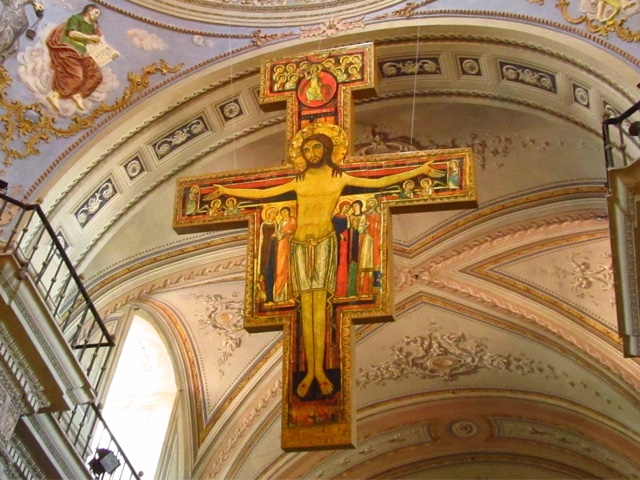 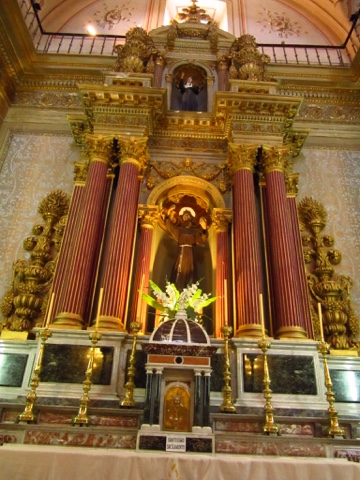 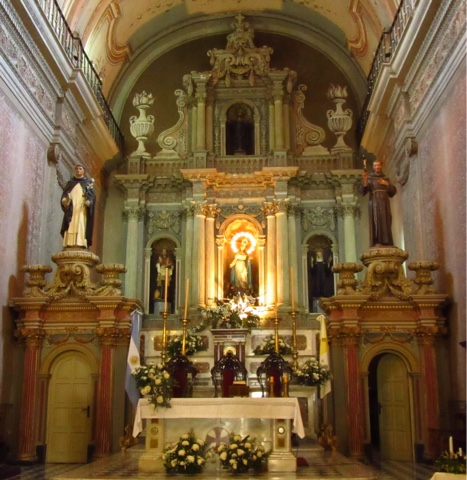 There's a garden off to the side- 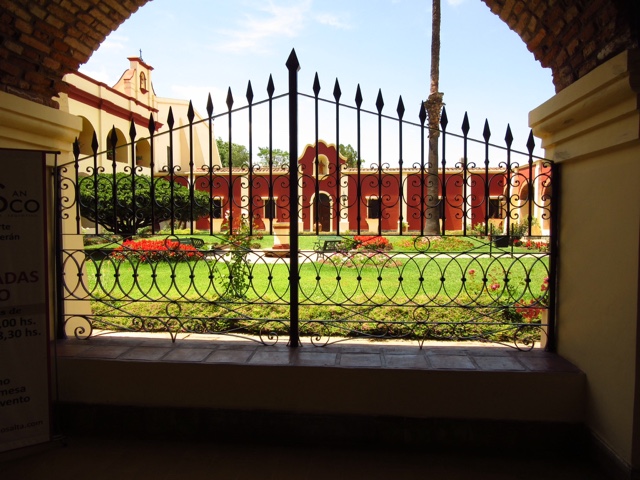 Tonight I went to a peña.  It's a restaurant that has live entertainment - Argentinian folk music, starting at 7 pm and finishing around 4 am.  I would certainly have to change my lifestyle if I lived here.  I was the only person in the restaurant from 7:30 until about 9.  Then, between 9 and 10, the restaurant became half full.  They eat so late and it's not just adults, it's little kids too.  I heard 3 acts while there and they just kept getting better and better.  The first was a young man singing and playing the guitar- 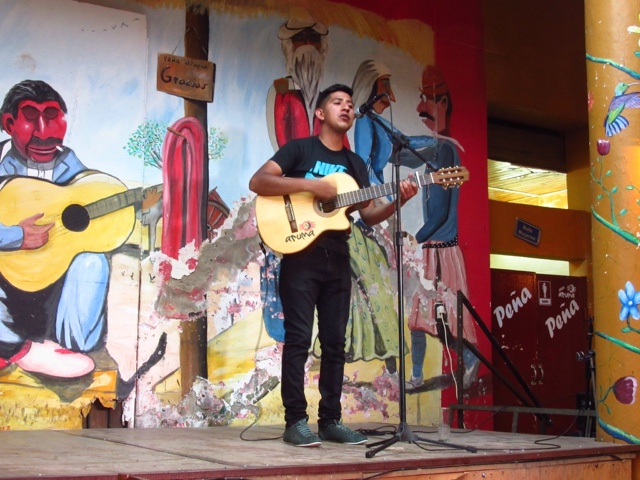 The second was a woman singing and a man accompanying her.  They were very good- 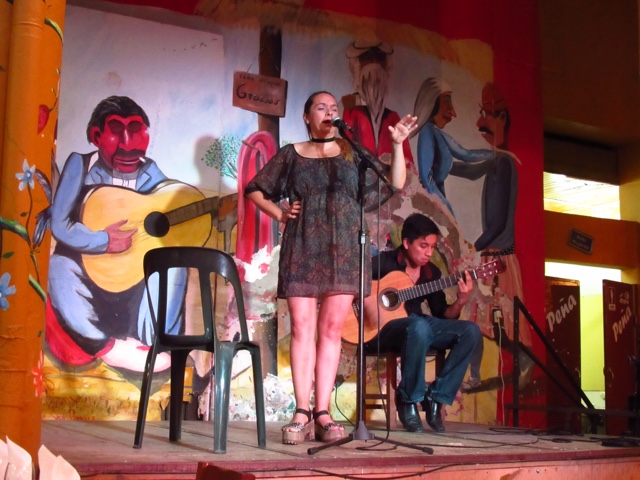 The thrid was an awesome tenor- 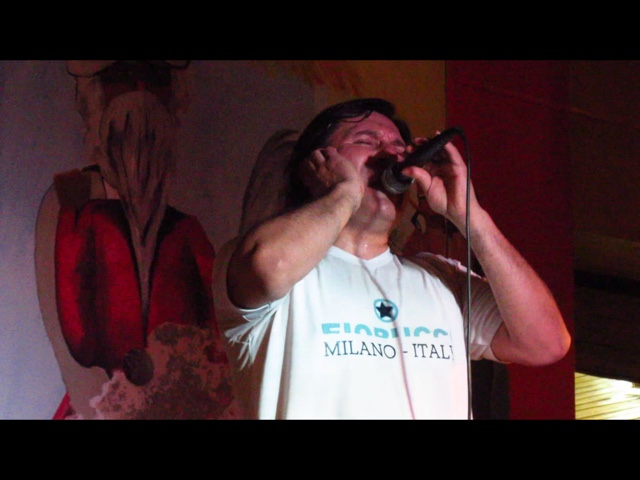 I left at 10:30 because we have an early start tomorrow - 6 am and walking home, found the restaurants packed and the Plaza, where I live, bursting with people.  The town had been shut down since 2 pm but it's bursting with life now.  The Christmas decorations are lit up because it is the Feast of the Immaculate Conception.  As well, people are wearing rosaries in celebration.
We're trying to make San Pedro de Atacama, Chile tomorrow so we don't have to camp in minus temperatures.  It's going to be a long day!
at December 08, 2017