We had birthday cake for breakfast- 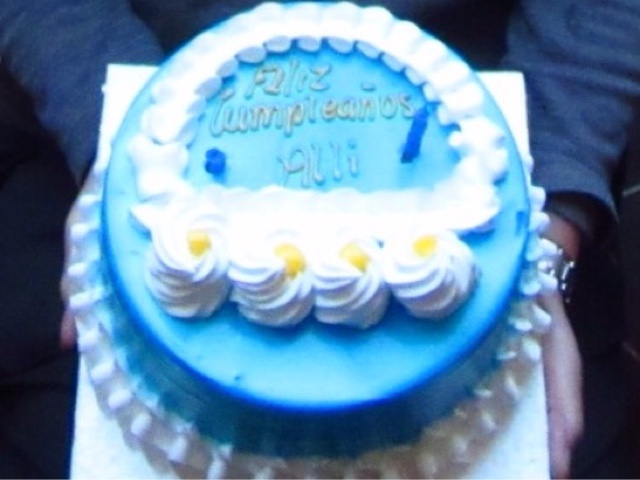 I had a horrible sleep.  I made the  mistake, again, of drinking Coke Zero in the evening and it felt like I never slept a wink.  It didn't help that even though we'd agreed not to make noise before 6:30, my two roommates were in and out of the room numerous times and making noise beginning at 5:30.  Don't ask me why because we didn't leave until 8! 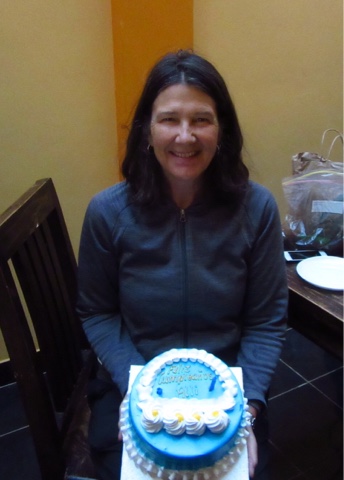 After leaving Uyuni, we stopped at Pulacayo- 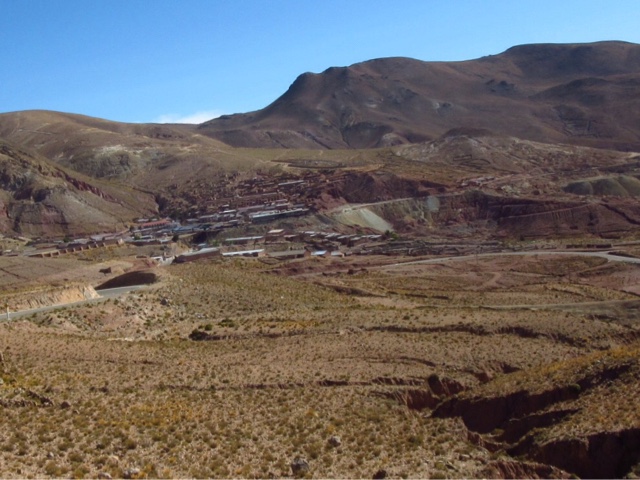 where they have a train museum and tools displayed that they used to use in the manufacturing of trains.  They also had a gigantic drill press in their main square- 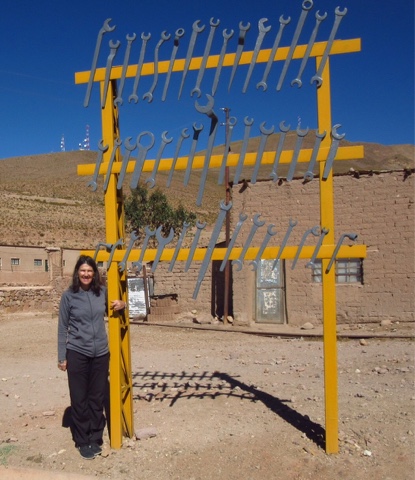 It looks like they live in government housing which seems better than the collapsed adobe buildings on the left.  Each house has its own fenced backyard- 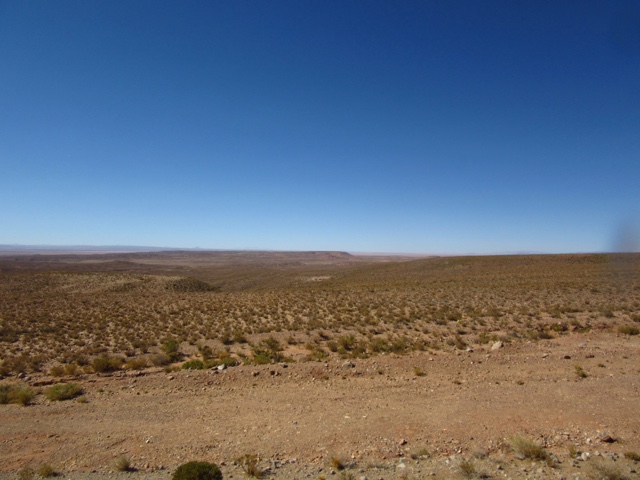 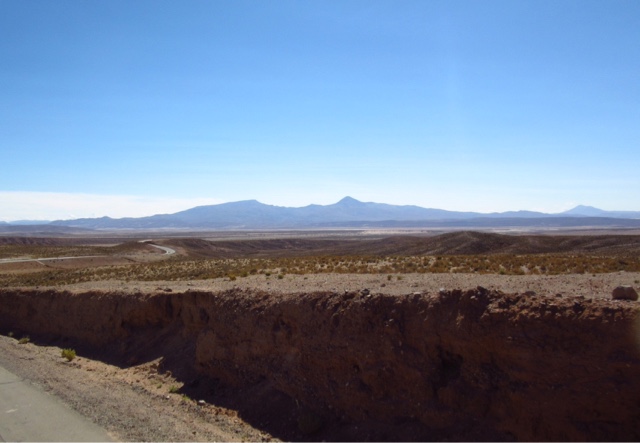 In the river valley, there must be a lot of ground water because the grasses are gigantic- 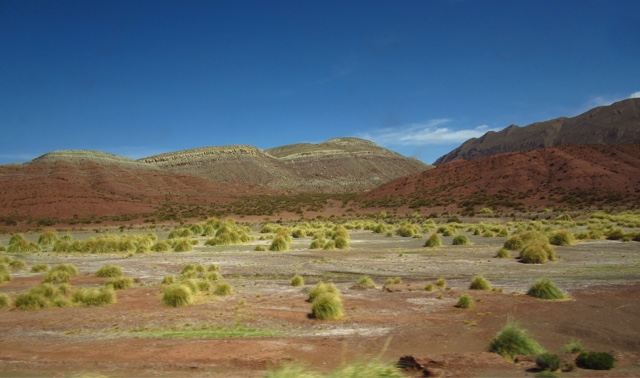 So are the trees- 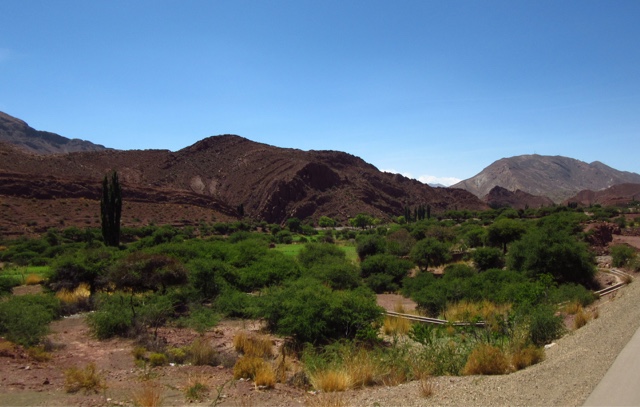 The hills go on forever and have since Peru- 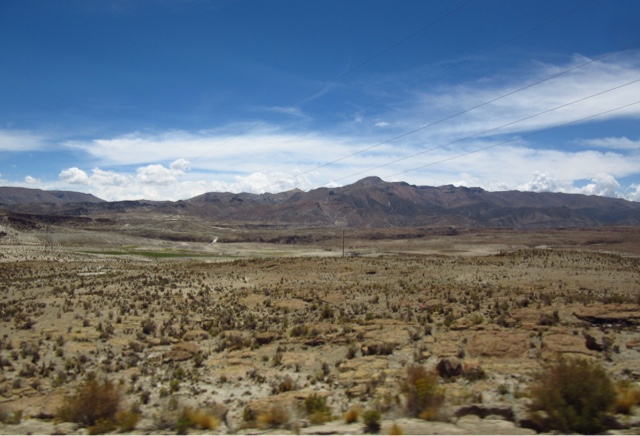 Once in Potosi, we went on a mine tour and had to wear "protective" clothing, mainly just to keep our own clothes clean- 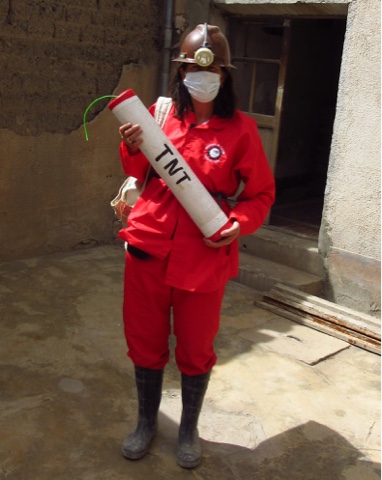 We bought gifts for the miners:  cocoa leaves, pop, cigarettes - 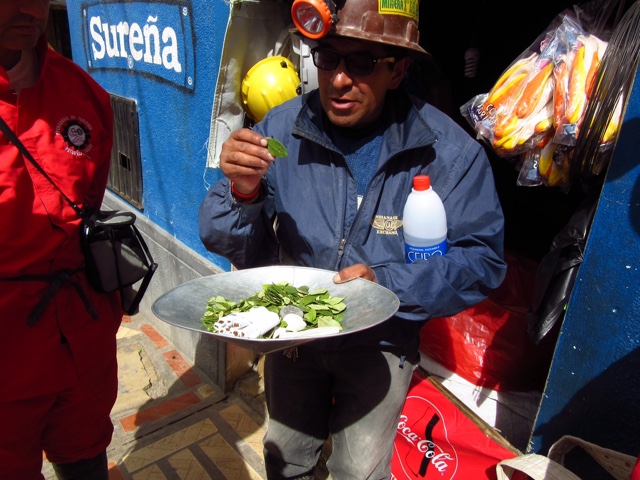 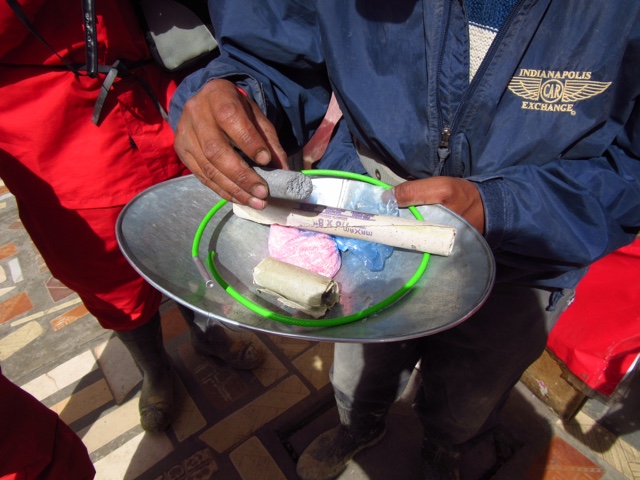 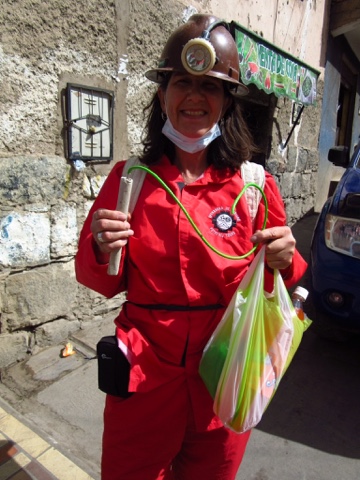 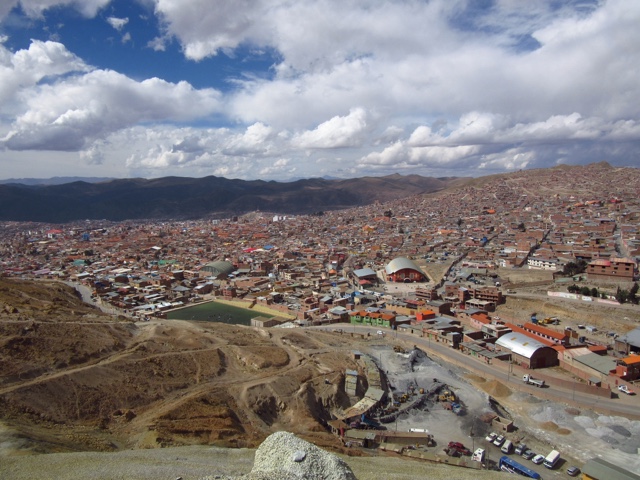 Mine workers live in communal housing- 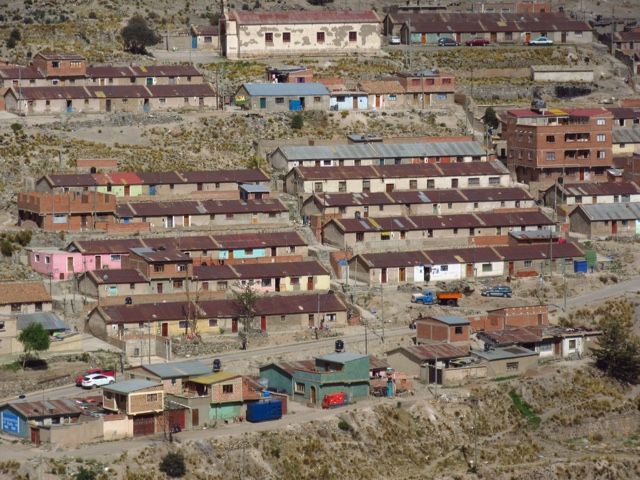 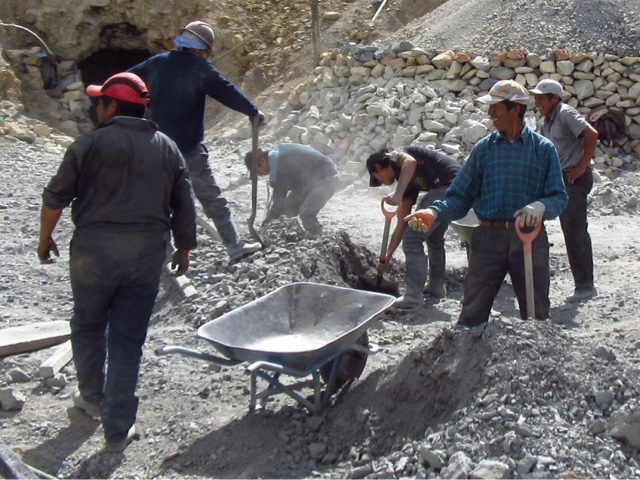 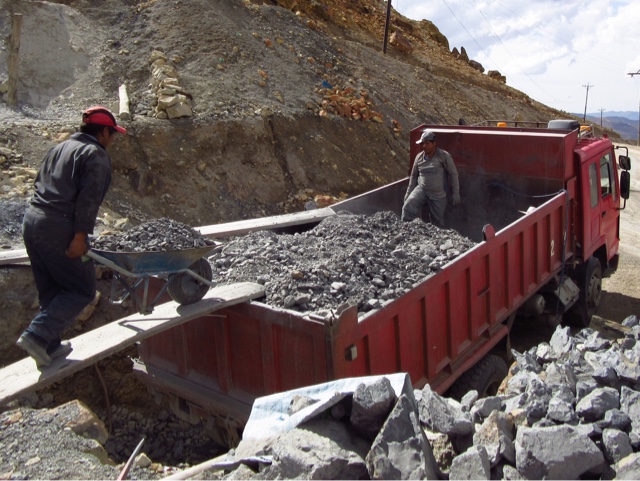 They work soooo hard!  They appreciated our gifts of cocoa leaves.  They stuff them in their cheek and suck the juices.  It makes life easier I guess.  I've chewed some but not felt any different.  Whatever works!
We went into this mine and just walked along, dodging the beams, low ceilings and compressor lines.  We had lights on our helmets and wore dust masks.  We weren't supposed to touch the walls but sometimes it was difficult.  There's a rail track that runs through the tunnel so the miners can bring out the rocks they've chiselled and picked off the walls.  It's a dirty, dusty job- 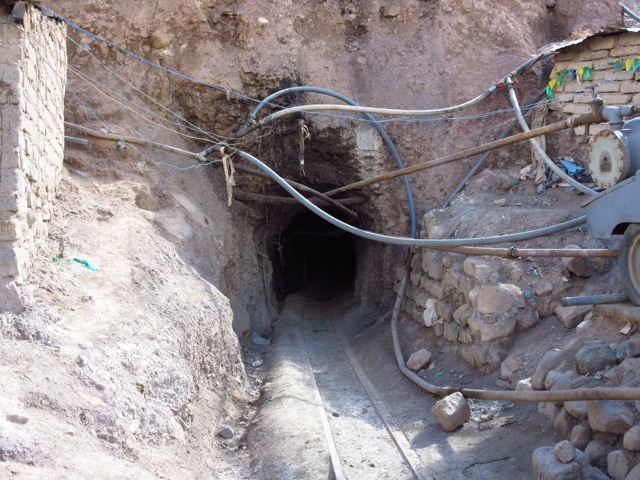 For our safety, our guide gave thanks and offerings to Pacha Mama (Mother Earth) at the entrance- 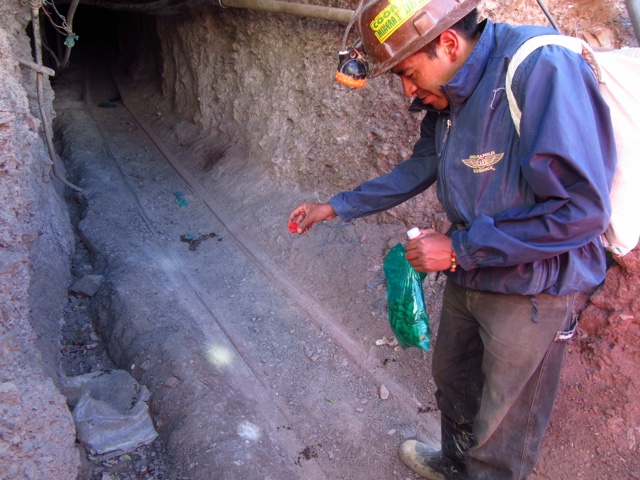 Inside was El Tio, "Uncle".  He's given cigarettes, coco leaves and alcohol for our protection while in the mine.  This is only done the first and last Friday of the month- 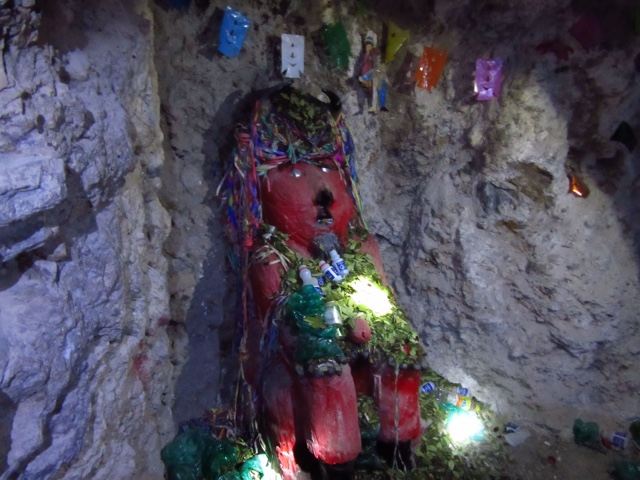 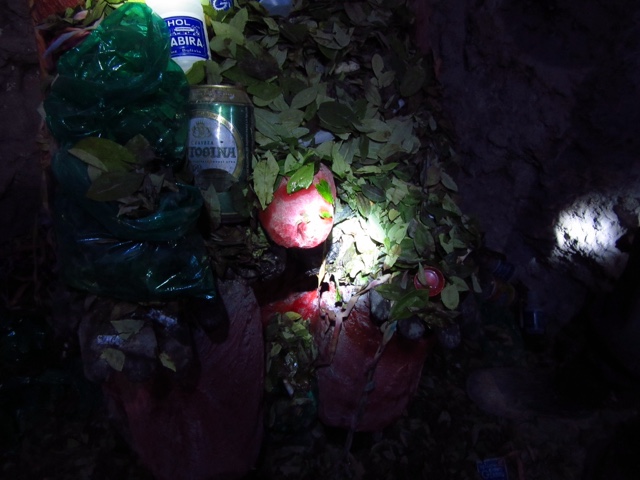 Three miners are killed monthly, usually from dynamite blasts.  Young miners make $27.59/week and older miners make $33. The mines are now run as cooperatives so revenue is shared amongst the workers.  7500 miners work 8 hour shifts, 6 days a week.  Their life expectancy is between 35 and 45. If/when the father of the family dies, the sons start working in the mines.  They don't want to but it's good money and there aren't many alternatives.
We saw a few veins of different minerals: zinc, lead, tin- 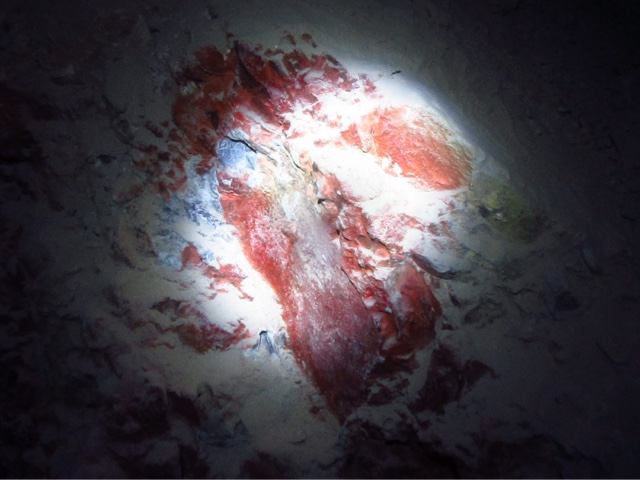 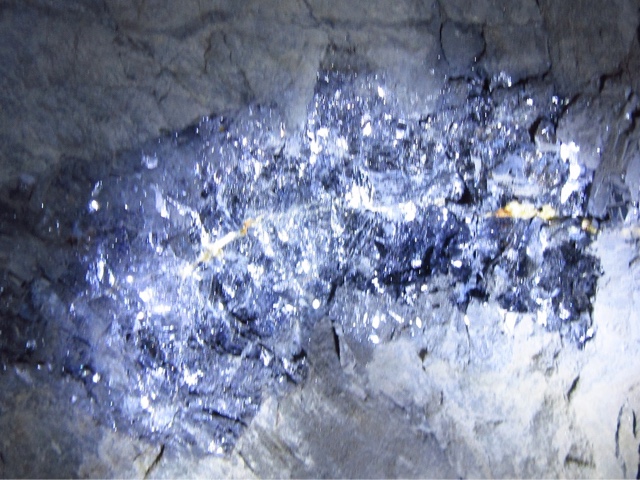 After walking in and out of the first mine, 3 of us went in another mine where we had to go down a ladder and carved steps to different levels, looking for working miners.  We saw a couple of non-working miners, not sure what they were doing down there.  We did hear a few dynamite explosions but they were far away from us- 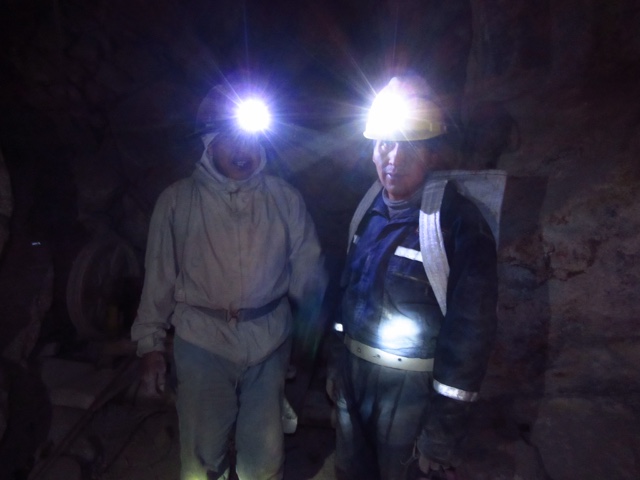 Eventually we returned to the surface- 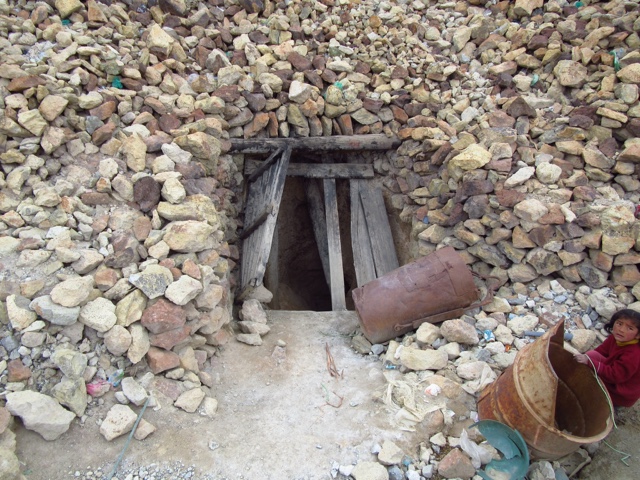 Because there's an election December 3, alcohol can't be sold starting at 0:00 December 1 to 0:00 December 4th.  Not sure what some of us are going to do!
Moving on to Sucre tomorrow for 3 days!
Russ Roberts, 54, is from San Francisco and a retired parole agent.  He likes to watch baseball, football and basketball.  He goes to about 10 Giants games/year and a couple games of basketball, football and hockey.  This is Russ' second overland.  He's doing this trip because he wants to see all the Americas in one trip and Madventure was cheaper than Dragoman. 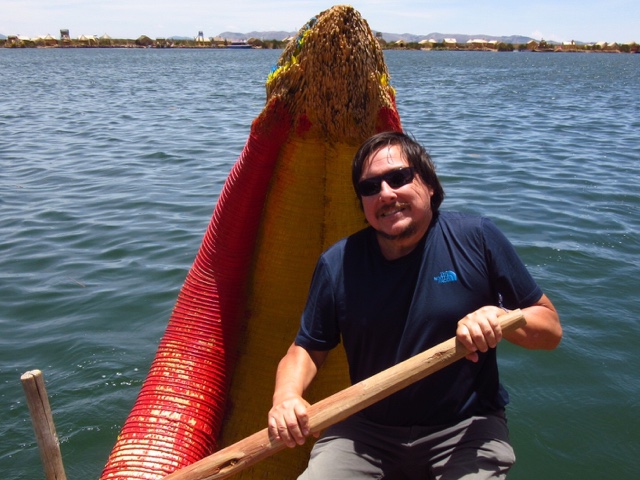