I had another great sleep in a dorm!  There were only 3 of us so it was like our own hotel room.  The wind howled all night so I was glad I was where I was.  We have a short drive today - only 212 km.  Those of us sitting in the back have a pool going to guess what time we'll get there.  It passes the time- 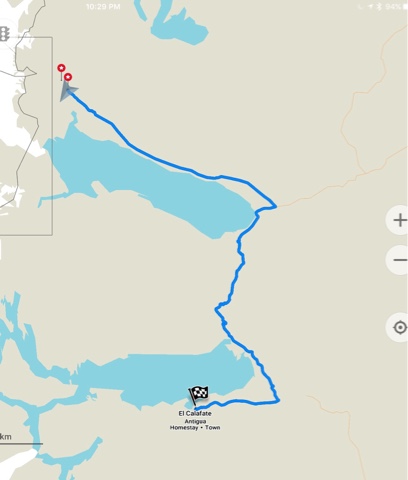 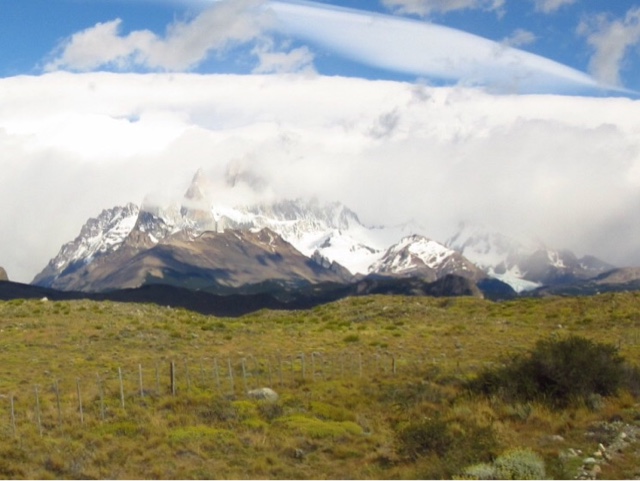 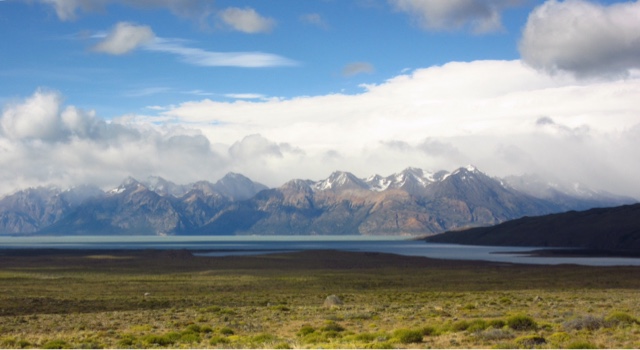 We stopped at Hotel La Leona because it's where Butch Cassidy, Sundance Kid and his wife Helen Page hid in 1905 for a few days after they robbed the Bank of London and Tarapaca in Rio Gallegos.  I had no idea Butch Cassidy was a real human.  I'm pretty sure I saw the movie but thought he was just a Hollywood creation- 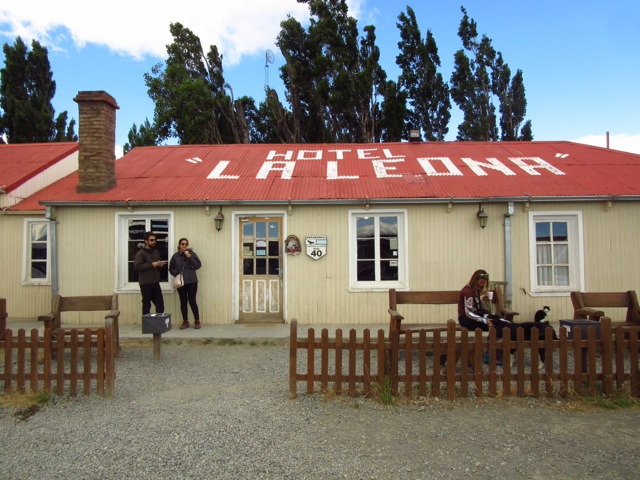 In the late 1800s, a raft was built across La Leona River to allow settlers, their animals and merchandise to travel between the Pacific and Atlantic coasts.  It was used until the bridge was built in 1974- 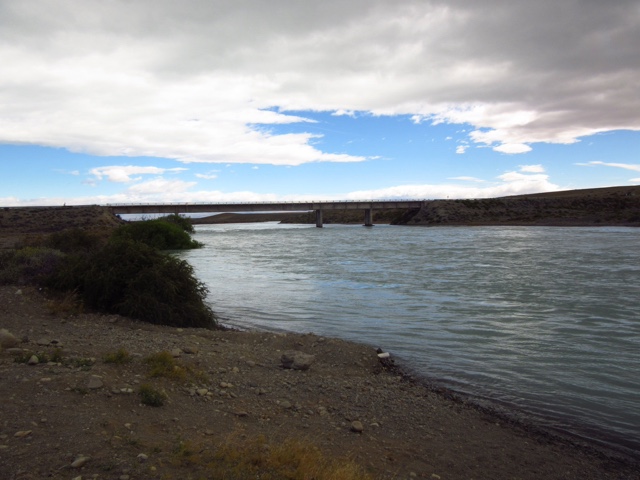 The lakes along the way are such a brilliant blue/green- 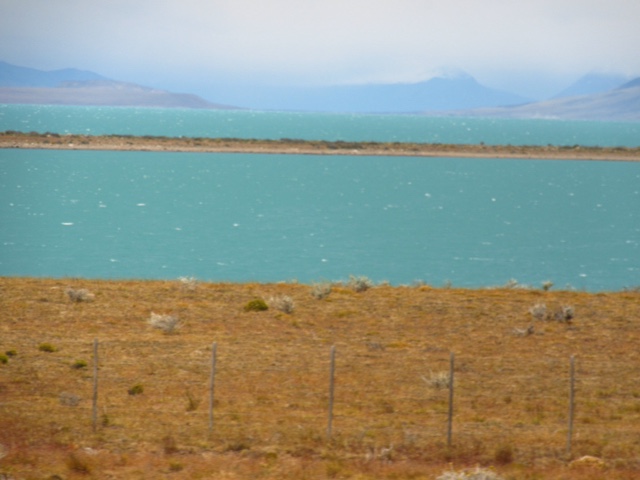 There will be a lake on one side of the road and nothing on the other.  Only 2 sheep are allowed/acre so that's a pretty good indication of the barrenness- 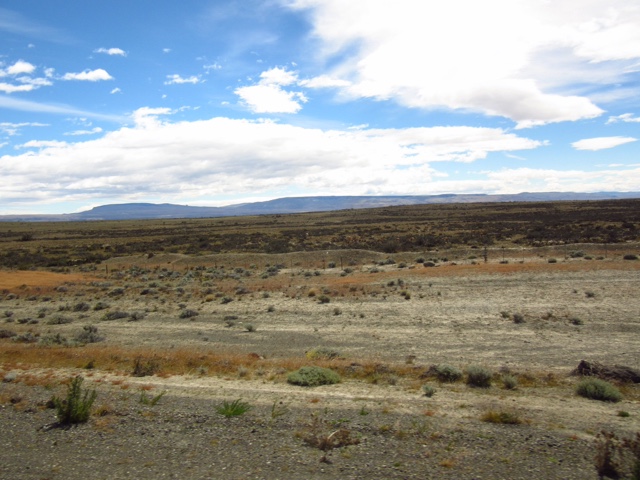 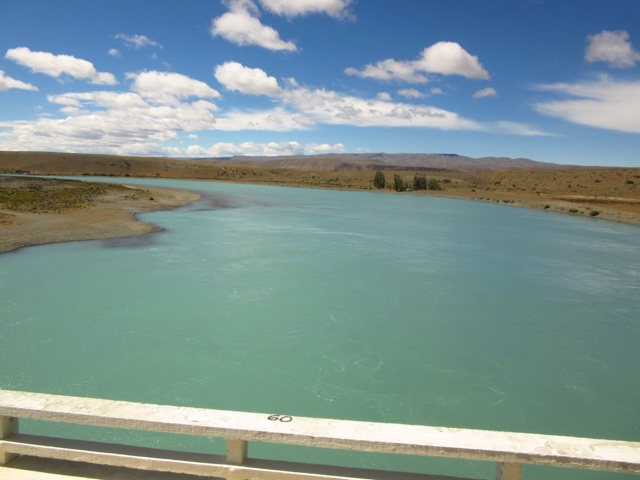 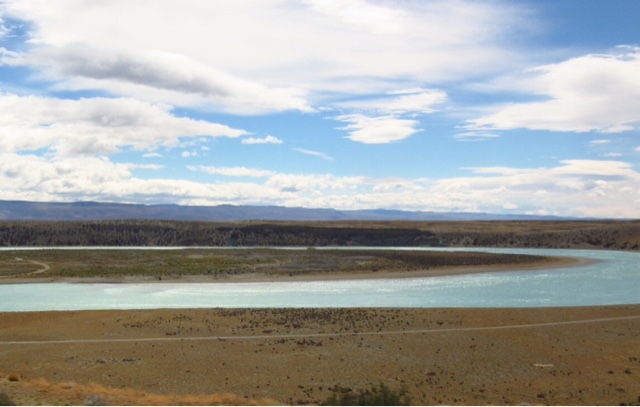 Once in El Calafate and settled in our rooms, I explored the town which has a nice 5 blocks or so of commercialism and then at 9 most of us had a New Year's Eve supper.  Jono our driver, Nienke our tour director, Glynn from Toronto, Pauwell from Belgium, Kerry from the UK and Annette from Australia- 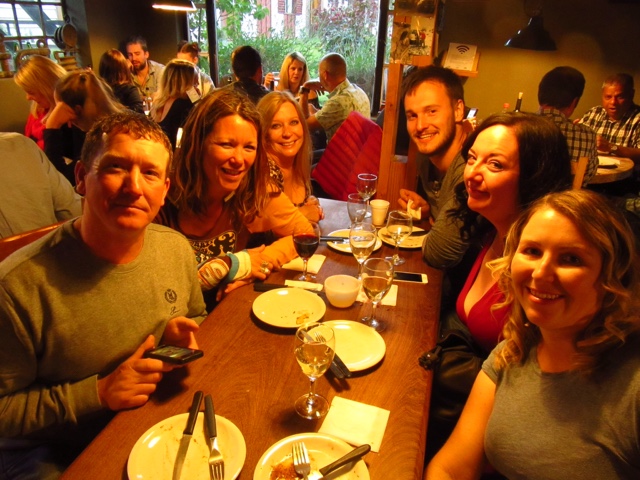 Norm and Richard both from the U.K.- 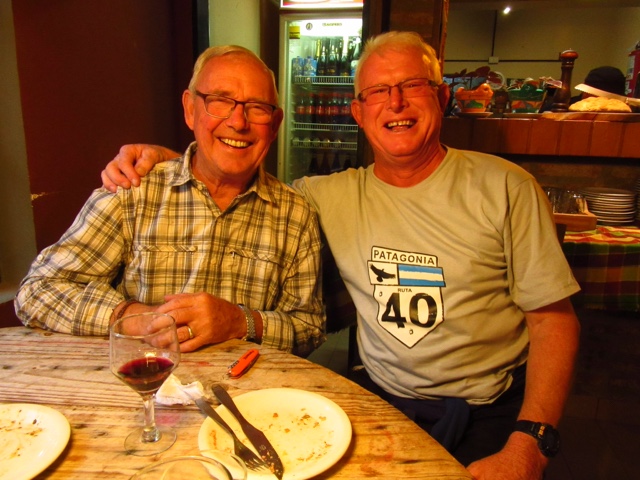 Richard, Saint Christine and me- 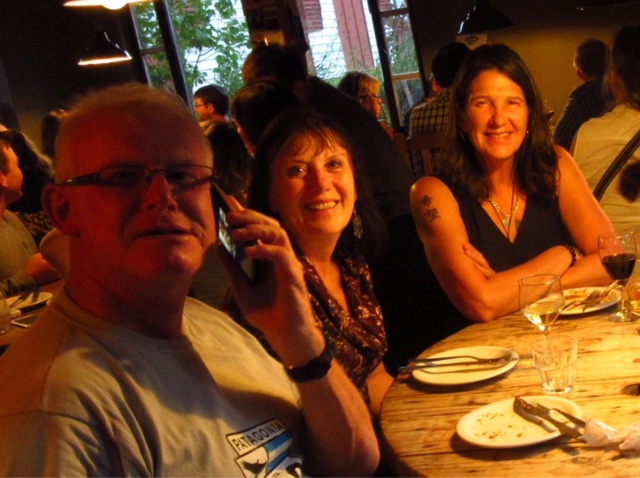 Bob and Linda from Toronto, Russ from San Francisco and Wiebke from Germany- 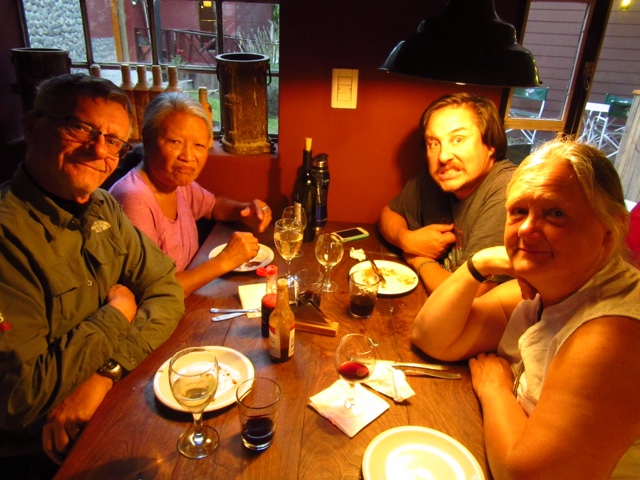 For supper we had a variety of empanadas, even some filled with guanaco, white wine, steak, ratatouille, grilled hash brown potatoes, a brownie with ice cream for dessert and then at midnight champagne.  It was an okay meal but it was more about being together.
Happy New Year! 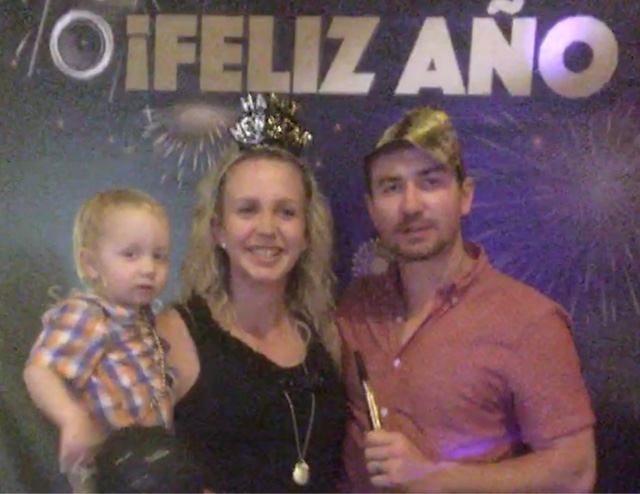