Norm and I walked to the truck in a light rain.  Our hotel was close so it only took about 20 minutes.  Nienke met a bunch of others at the border and soon everyone was on board and we were loaded.  We drove about half an hour to Algeciras, Spain and almost immediately loaded the ferry for a 35 minute ride.  The ferries are fast and modern- 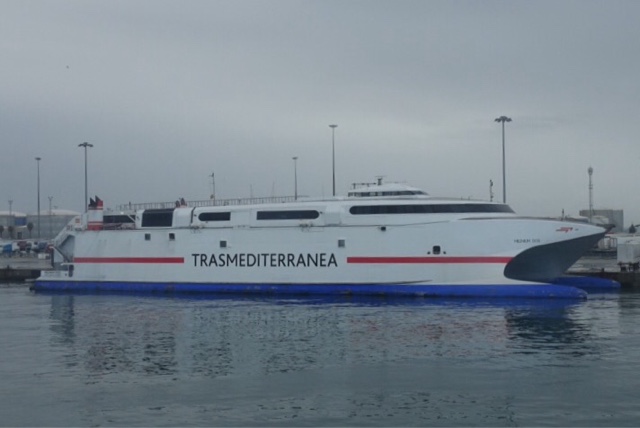 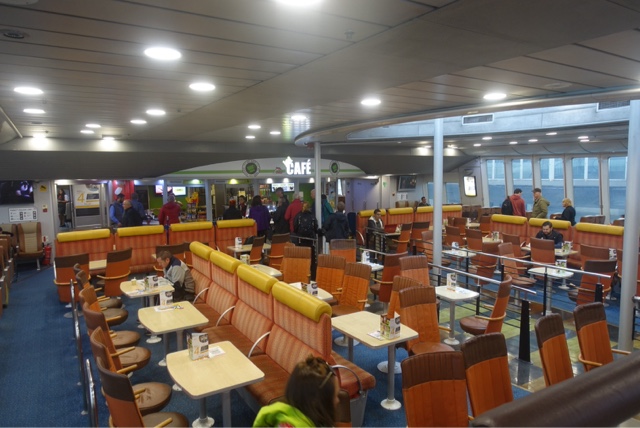 Unfortunately, the truck wasn't on our boat- 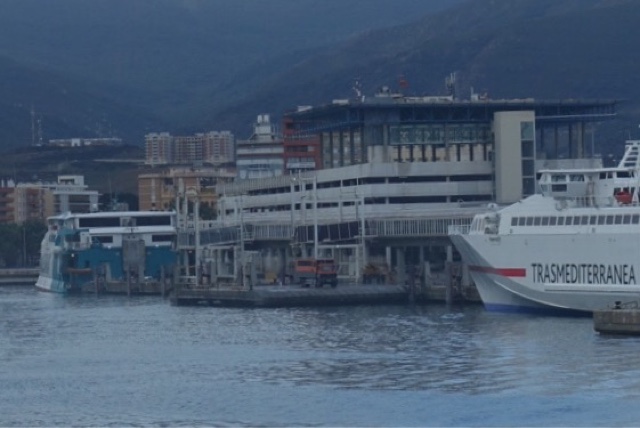 But it arrived a few hours later, which gave us a chance to visit a Carrefour, a large supermarket and Norm and I were lucky to snag the last two fold up beach chairs.  The stools provided are small triangular things that only hold one cheek, at least only one of mine.  They are super uncomfortable so my chair was my best purchase so far!

The border into Morocco was slow, about 2.5 hours and we didn't even have to get off the truck!  Jono did it all.  Unfortunately it was raining off and on and by the time we got to our campsite, it was dark.  Nienke asked if I would be cook group because I'm familiar with the kitchen, so Norm, Terry, who lives in Thailand but is from the UK and I put together what the Brits call Spag-Bolls, a.k.a. spaghetti and meat sauce.  We also have to cook for 5 vegetarians and one gluten free woman so it was a bit time consuming trying to have everying ready at the same time with only 4  burners.  As well, we have to heat water for 'tea' and the washing up.  We were lucky because we got to cook with gas.  Further along, we will only use wood!  Yikes!  Some of the rest of the group set up their tents or helped us.  It was amazing how helpful everyone was and in no time, we were eating rather flavourless spag-bolls.  Grant even set my tent up for me!  What a group we have, at least so far!

I took a shower and even though there was a water heater in the bathroom, the water was cold.  I got into my sleeping bag which smelled a bit musty seeing as it has been closed up since February.  I was just really happy to see all my stuff still on the truck!  The night feels cold so I'm hoping for a good sleep!