Walking to the bus station at 7:15 this morning, the streets were very quiet.  I kept thinking that at home, at least in Saskatoon, there would be a fair bit of traffic by this time in the morning.  Here, I guess they have a slower start!
The bus ride to Malaga was nice.  I sat with a young woman from Berlin, who is studying History this semester in Sevilla.  I've met a lot of students who are doing an international semester.
It was foggy but the closer we got to the coast, all of a sudden the sky was blue and the views were clear- 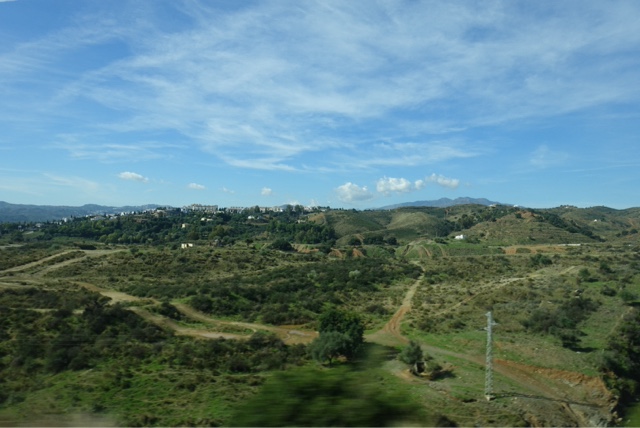 I had an hour between buses so found a Turkish restaurant for a beer and falafel.  I can't walk by restaurants with falafel!  Once on the bus and waiting for departure, who should I see on the sidewalk but Lauretta and Lutz!  They too were going to La Linea!  It is such a small world!
Malaga to La Linea is on the Costa Del Sur and right below that title on the sign is Costa Del Golf!  I saw quite a few courses that looked very lush!
Because the highway is close to the sea, we drove through many urban areas.  Most look like - 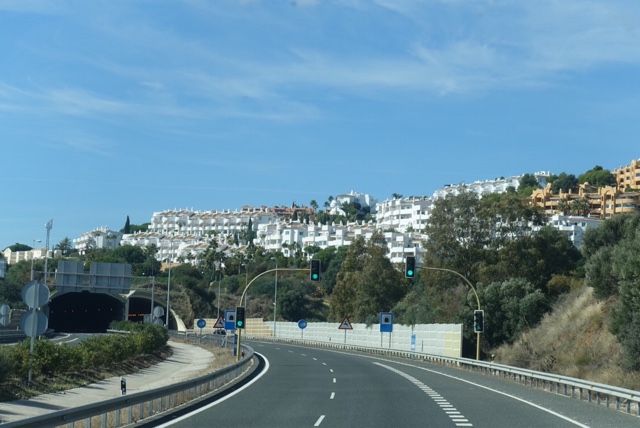 A couple funny thing happened on the bus.  We were on the milk run so we stopped quite a few times, but only for enough time for people to board.  We were backing up and an English speaking woman came running to the front to tell the driver that her husband had gone to the bathroom in the station.  So, he stopped and she ran off looking for him.  She was gone a few minutes and came out of the station to say she couldn't find him.  All of a sudden there was a commotion on the bus and there he was.  He'd gone to the bathroom all right but in the bus!  She seemed to be close to having a heart attack by the time she got back on the bus and saw him.  The second incident was at another stop.  An older couple were waiting on the sidewalk for a couple of family members who were coming for a wedding.  The woman even got on the bus to look for her family members but didn't see them so she got off.  She started making calls and our driver closed the door and away we went.  About 5 minutes later, a man came to the front and asked if we were soon getting to Esponera.  The driver told him that that's where we just were.  Well, he said, we are meeting some family there for a wedding!  The driver stopped and let them out on the side of the road to figure things out!
We were moving along quite well and I was enjoying the scenery- 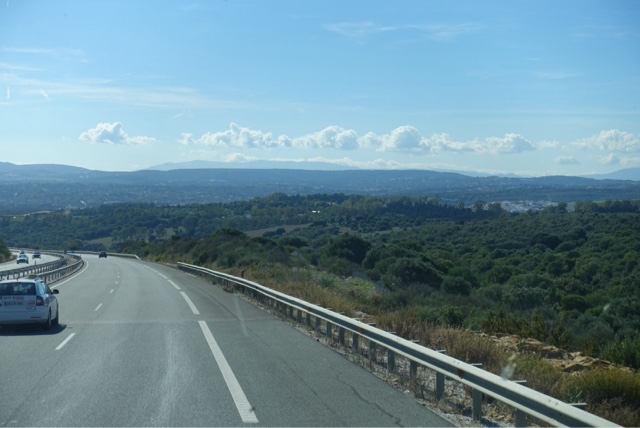 As we went further around the curve- 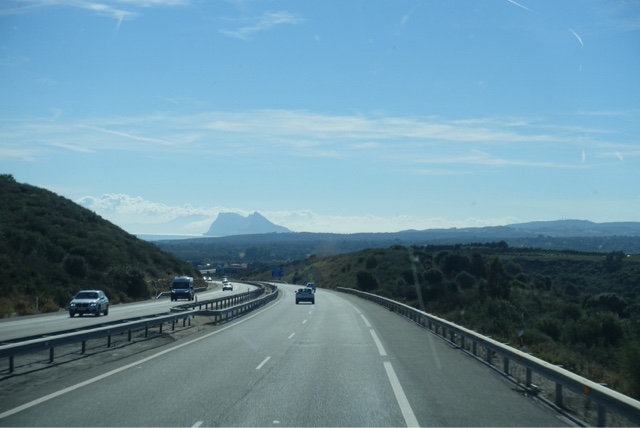 There she was!  Sticking up in the middle of nowhere.  How weird!
Up closer- 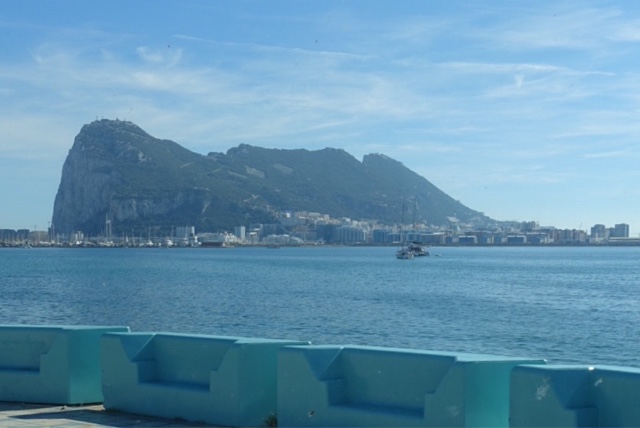 I easily found the hotel - thank you Maps.me, then went for lunch next door for more tapas: calamari, dogfish and large shrimp.  It was delicious!  Then I walked to the border which was very chaotic so came back to the hotel.  I've already met Anita from Queens who also just happens to be staying here and Norm comes tomorrow.
I'm going to explore Gibraltar tomorrow because when we meet Monday, we head immediately for the ferry!  I'm getting really excited!
P.S.  My little strawberry- 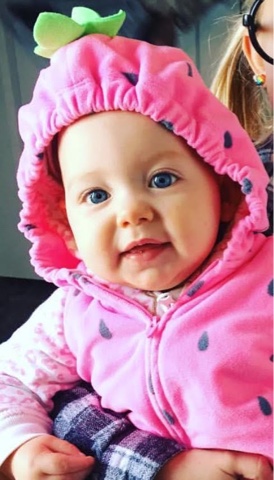