Last night wasn't so great.  The Riders lost!  The game started at 10:30 pm for me.  At first I listened to the radio, but they were 2 plays behind!  I was also watching the TSN log so knew what the announcers were going to say well before they said it.  Eventually I shut off the radio and just read the log but as time ticked by, I fell asleep.  I woke up at the end of the game, around 1:30 to a huge disappointment.  On top of that, Grant and I had decided to share a room - we are going to upgrade whenever we can because soon it won't even be an option.  I took the bed close to the plug in because I needed to charge my phone because of that stupid football game and the bed.... my camping cot or the ground would have been more comfortable.  And, on top of it, I had to be up at 6:15 because I was cook group and it was our turn to serve breakfast!  So needless to say, I am quite tired today.
The hotel did have a nice courtyard- 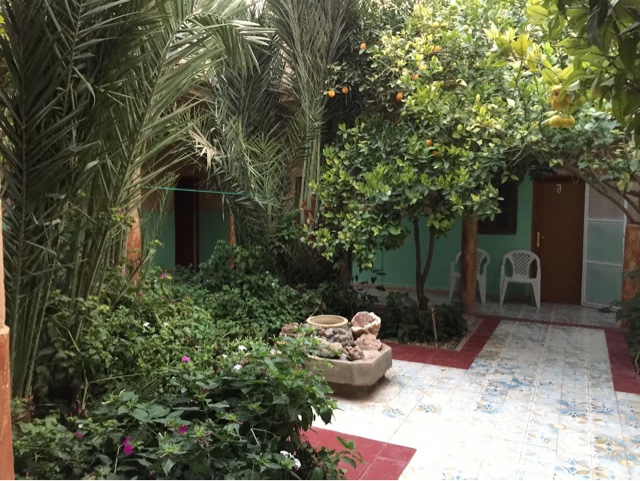 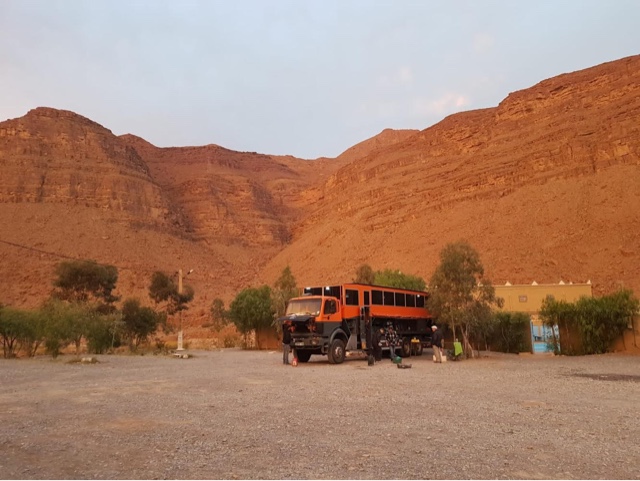 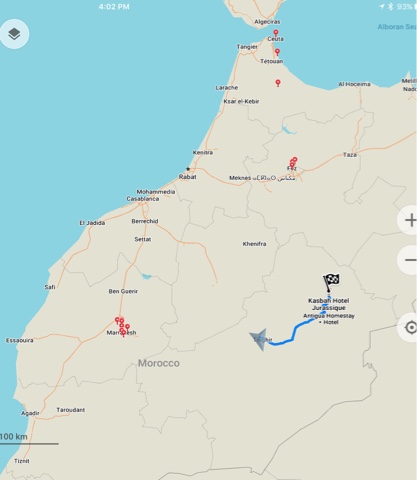 Along the way, we drove past high hills with mesas- 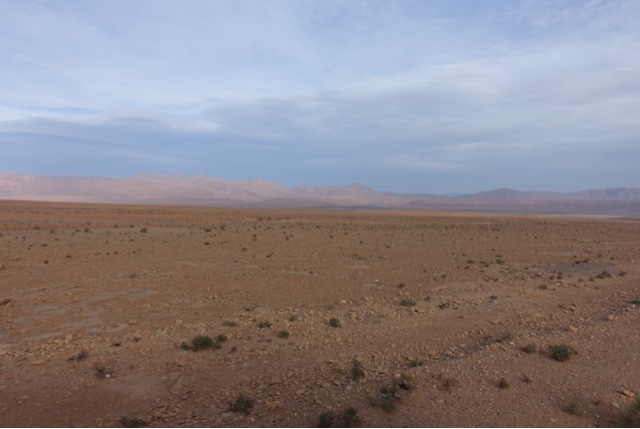 There are magical oasis in the valleys where everything has to be irrigated.  We passed a few dams and lakes- 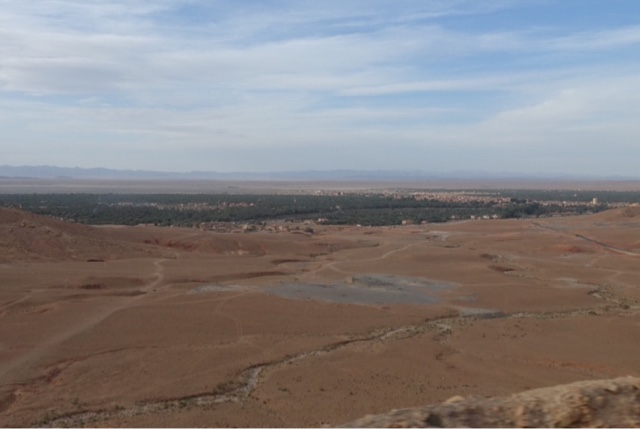 We stopped in Tinghir for lunch.  Towns are typical.  There's a narrow strip of pavement, thanks to the Chinese, running through town.  Shops are on the main floor of the buildings and residences are above- 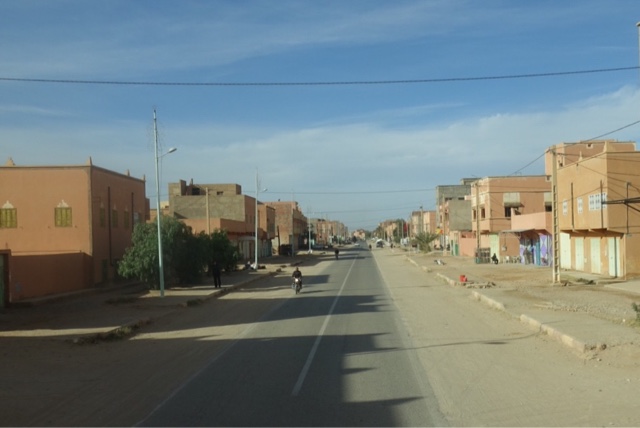 There's always a market of some sort- 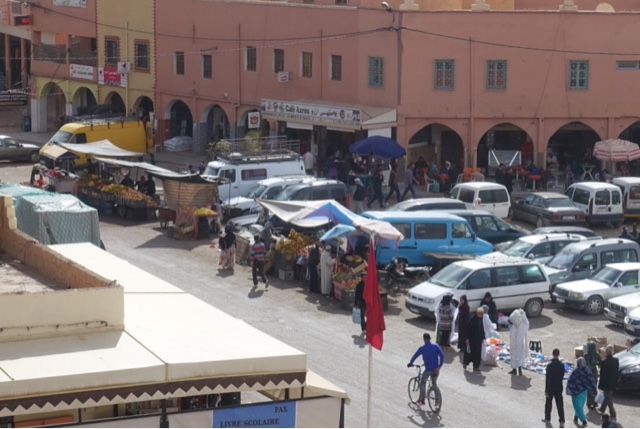 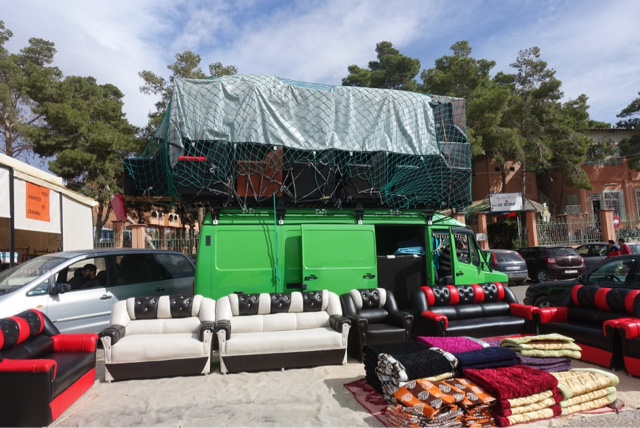 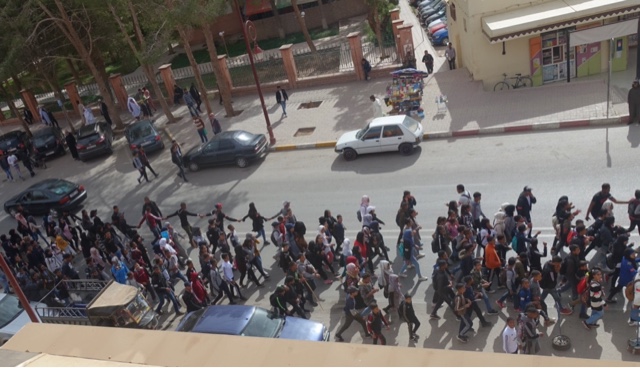 We stopped for a lovely view- 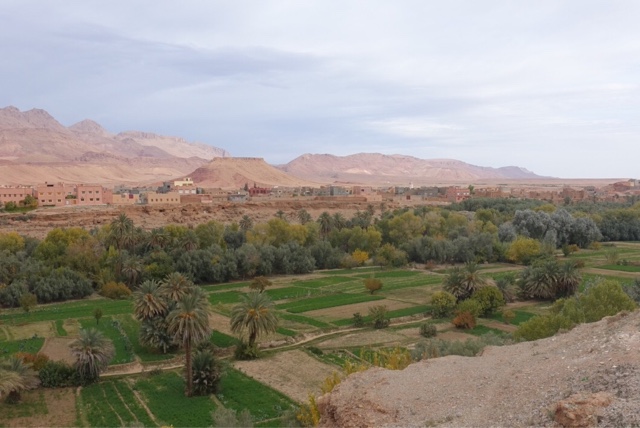 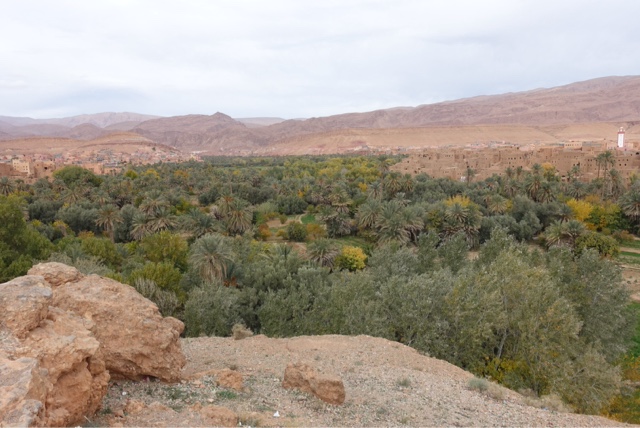 where I visited with a Berber - a Moroccan nomad.  Well, not really.  He's a student at a university in Marrakesh and sells scarves to make a little money during his time off- 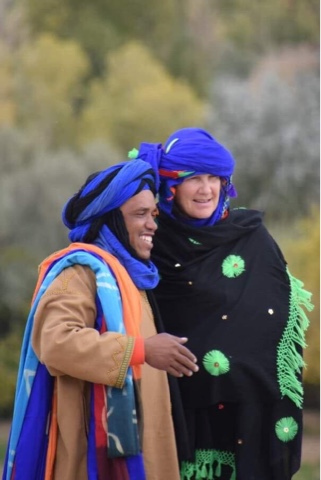 Once in our campsite, where I upgraded AGAIN!!!!! , we went walking to the Coeur de la Palmeraie which is irrigated gardens in the valley between the mountains.  The dates are ready- 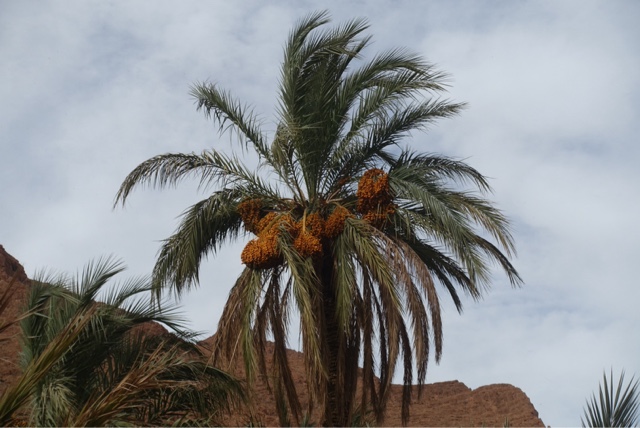 The Toudra Gorge, sort of.  We walked in the valley, past alfalfa and Brussel sprouts- 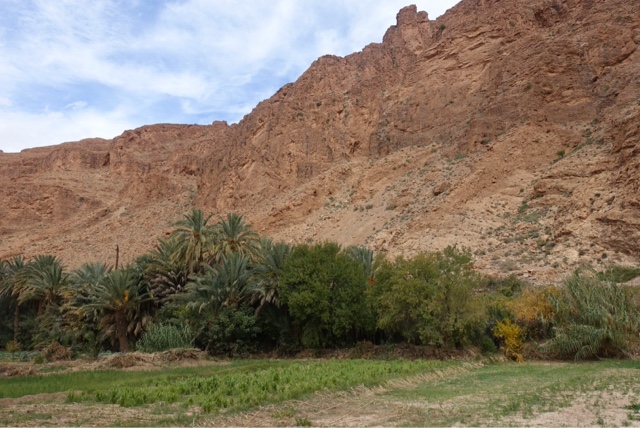 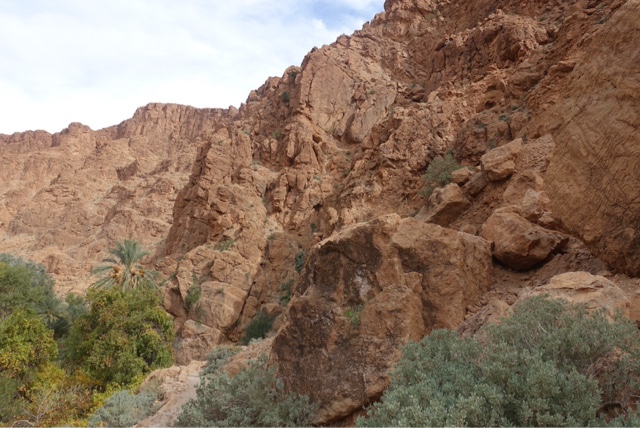 Some of our group took a taxi to the actual gorge.  The bottom is a paved road and it was apparently packed with quads and dirt bikes.  We saw these noisy machines coming back to Tinghir on our walk home.
Tomorrow we're off to Ouarzazate which is the gateway to the Sahara and to Ait Ben Hadou, an ancient walled city where films such as Lawrence of Arabia and Game of Thrones have been filmed.
at November 12, 2018