I got bit again in the night and am now wondering if it wasn't bed bugs and not mosquitoes.  I hope not because that might mean there are insects in my sleeping bag!  I'll know better tomorrow morning!

We had a 7 am start heading for the Senegal border.

Leaving Nouakchott, there was a sea of garbage, mainly plastic.  I have seen people combing through it but was unable to get a picture of them- 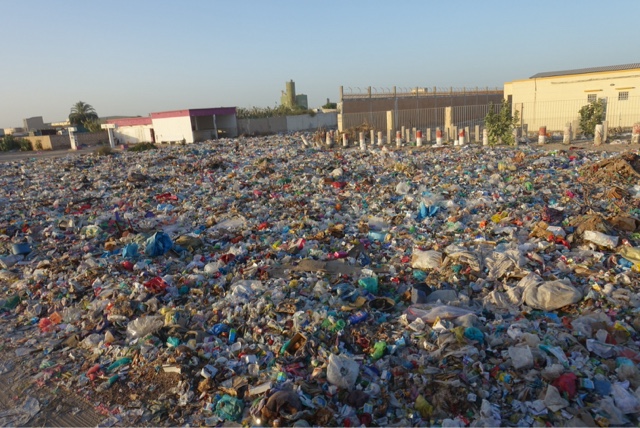 We saw two semis flipped along the way.  The road isn't very good, duh!, so lots of drivers stay on the sides where it's quite soft.  Sometimes the bank up to the real road is steep too.  I hope no one was hurt- 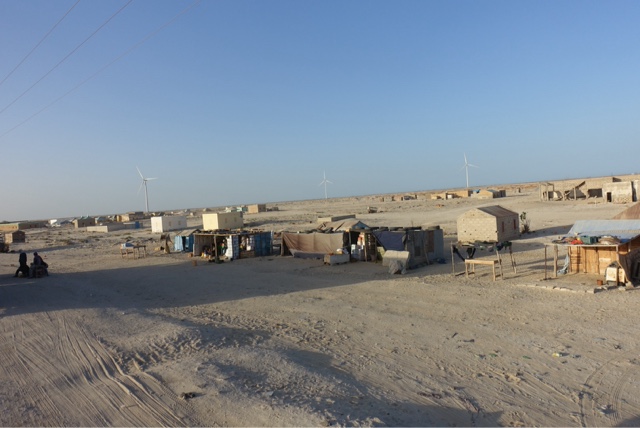 After driving for close to 4 hours, we stopped at a town for lunch.  The bread man was making his deliveries.  The baguettes were delicious- 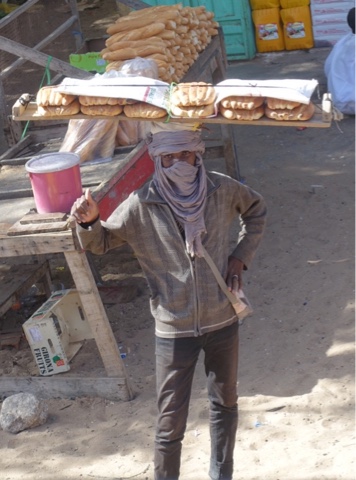 The streets are absolute chaos- 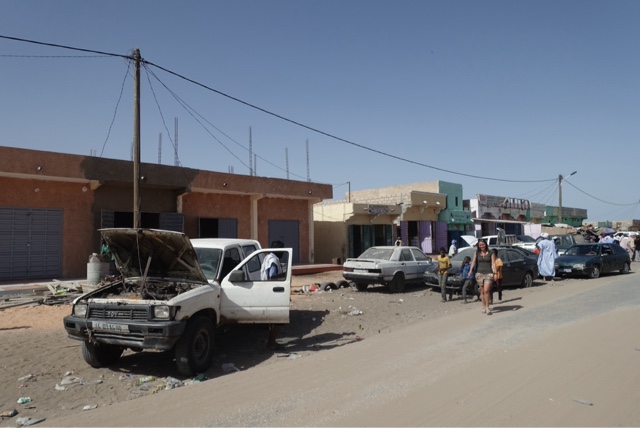 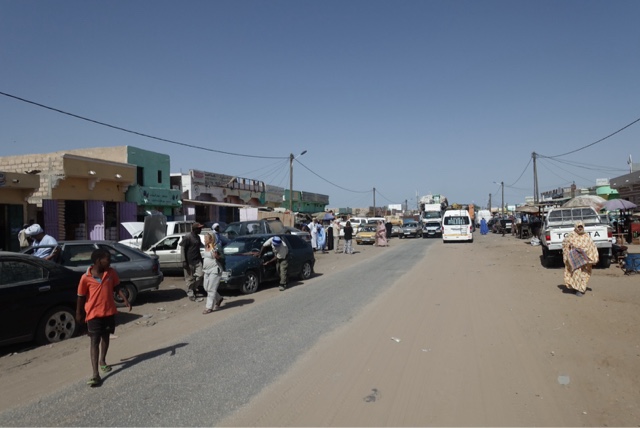 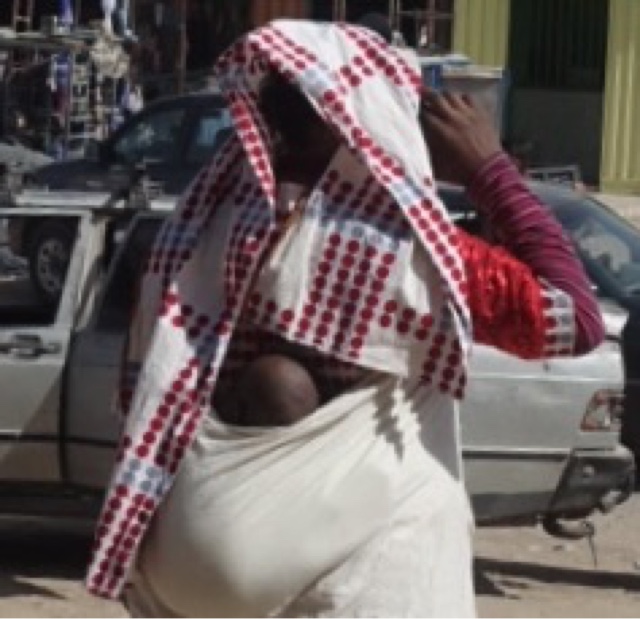 Kids always are friendly, hoping for a small gift or money- 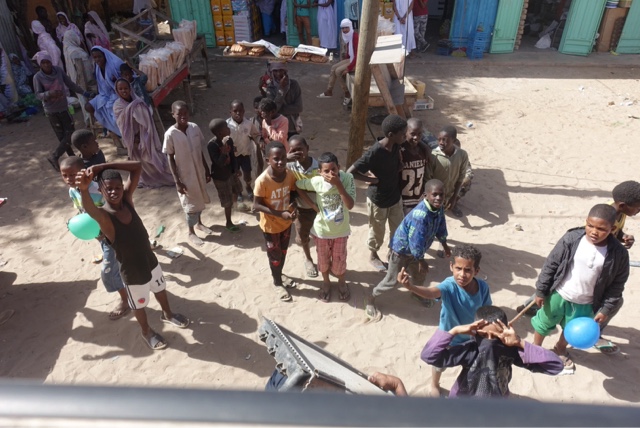 After lunch, Nienke brought out a birthday cake complete with two sparklers for Melilssa and me.  Unfortunately it got a little wrecked in transport.  At first I thought the continent of Africa was on the top but it's only where the lid of the box removed the icing.  Nienke also gave me a green party hat to wear for the day- 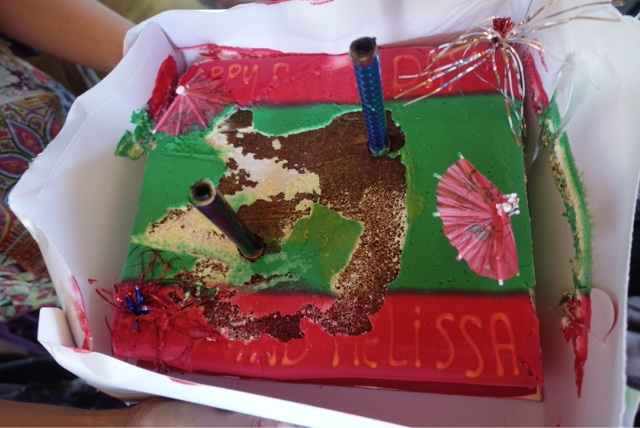 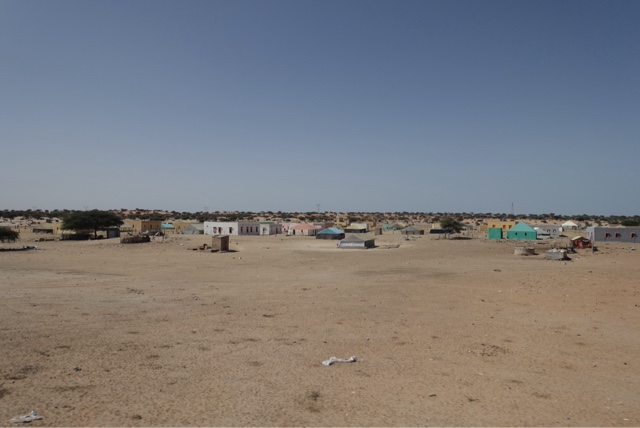 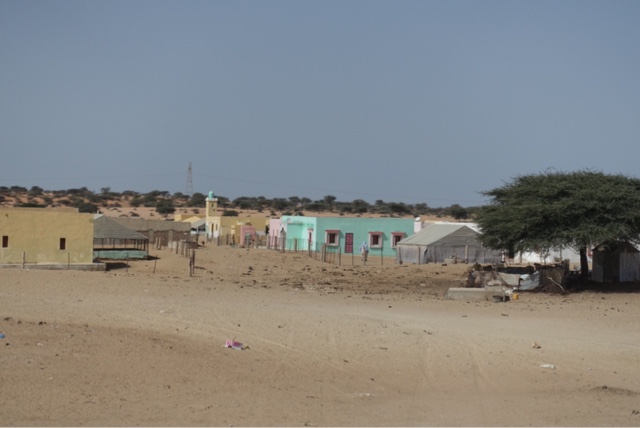 Soon there were more trees- 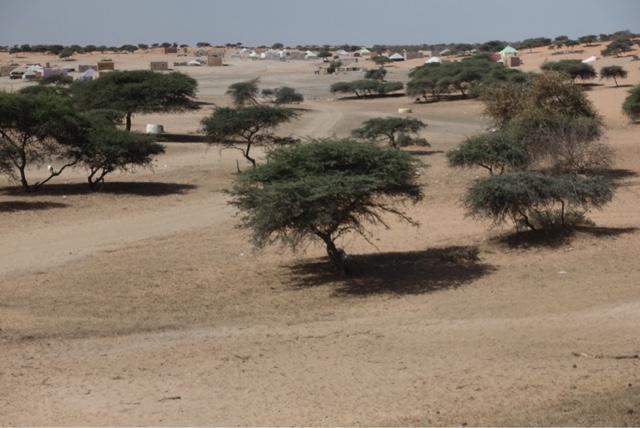 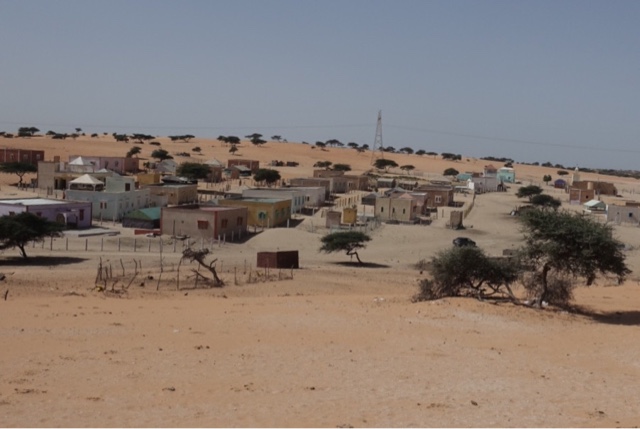 Then all of a sudden, the desert was gone and we were driving through a swampy area on very rough washboard roads- 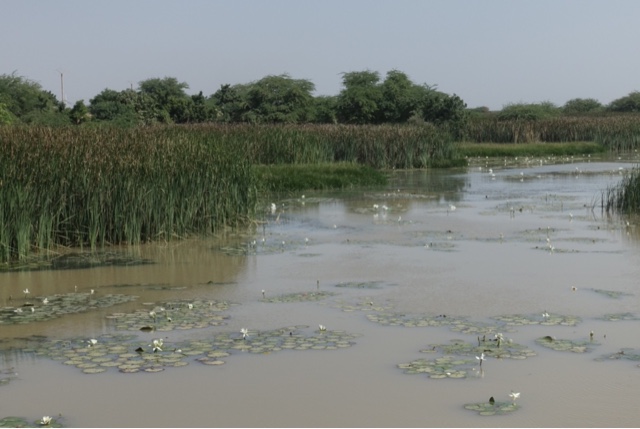 Boats cross the river into Senegal- 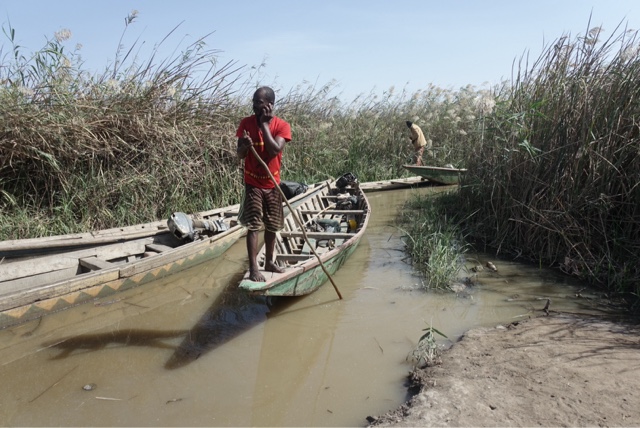 We drove through a National Park and saw lots of birds- 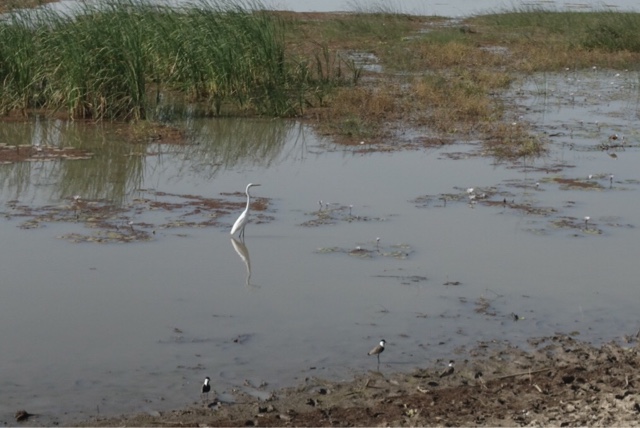 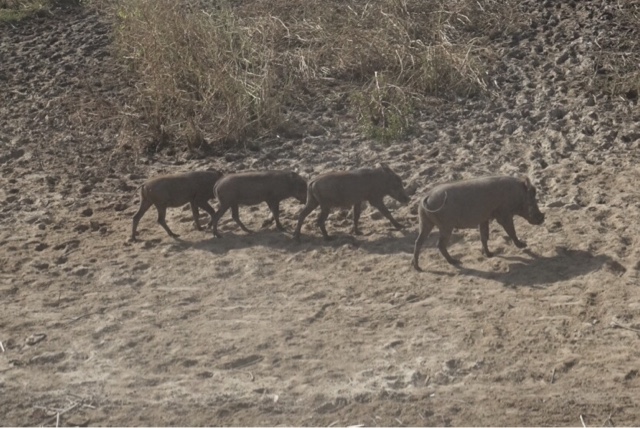 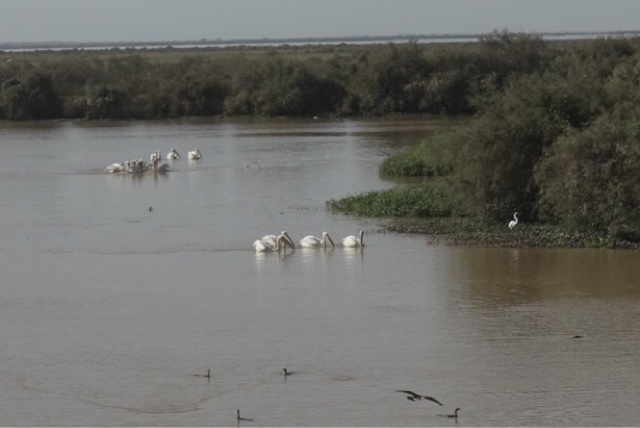 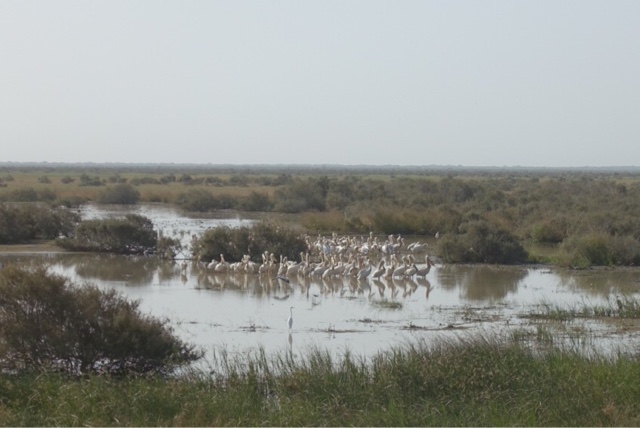 There were fish drying near the water- 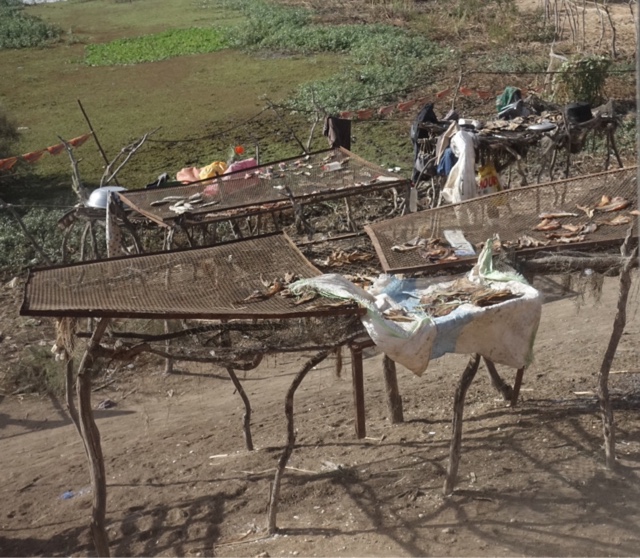 It seemed to take forever to go only a couple hundred kilometres.  We got to the Mauritanian border at 6:10 and an hour later we moved along to the Senegalese border.  There was a worry that the New Zealanders needed a visa and we were hoping if it was true they could just get it at the border.  Luckily, they were admitted for free like the rest of us.  The Senegal border workers even stayed open later than normal to accommodate us.  We then drove 50 km on good highway in the dark to the Zebrabar campsite but not before going a way that wasn't going to work for the truck and having to back up.  A few of us had to get out and shine our head torches to show Jono the way.  I did that but I don't think I was very effective.  At 10 we arrived at the campsite!  That made for a 15 hour day and it's not good to drive in the night.  It's bad enough in the daylight!  We had a few beer and now Laura and I are the only two in the dorm!  Looking forward to exploring Saint Louis tomorrow!