I woke up scratching like crazy.  I have a few bites, some on my hands, legs and arms so I guess I'll have to start to use mosquito spray before bedtime.  There is no malaria in Mauritania according to the locals and I am taking doxycycline which is an antibiotic used to help prevent malaria.  It's not a 100% guarantee  but it's better than nothing.

It was 89 degrees and it must have been humid because it was smoking hot.  After breakfast, five of us walked to a more major street about a kilometer from the campsite and I stuck out my hand to get a ride.  Almost everybody will stop if there's an Ouguiya (or oogaboogoo as we like to call it) to be made.  Some man stopped immediately and took us downtown.  We walked to the Grand Mosquée but of course as non Muslims we can't enter- 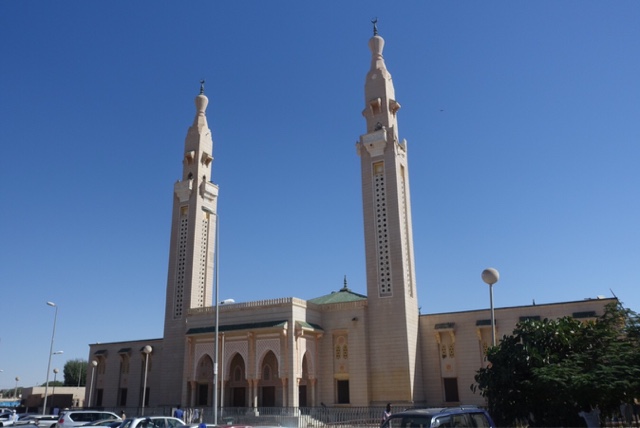 Then we tried finding a café called Blah-blah-blah.  Maps.me took us in a big circle and 20 minutes, rather than 5 minutes later, we were there but of course it no longer existed.  There was a cafe in its place so we had a cold drink with ice!  Our next stop was to a recommended restaurant for lunch and it was excellent.  I had ceviche made with dorado, mango and capers- 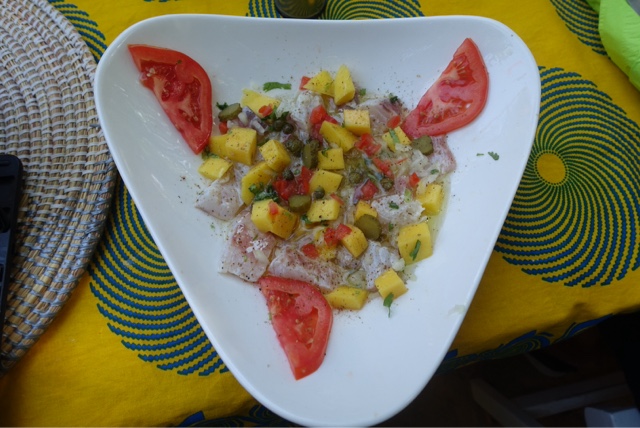 On our way there we met these lovely people- 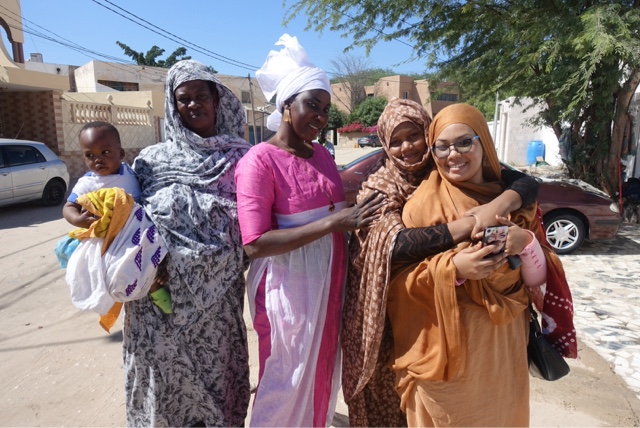 Young people seem much more willing to have their photos taken.  After lunch, we thumbed another ride and were picked up by Tya, who is an accountant for the Office of the Prevention of Torture.  He carries a diplomatic passport and has worked for the Tunisian, Algerian and Senegalese embassies.  He became our guide and was a gracious host.  He is very proud of his country except for the pollution and horrible traffic.  Our first stop was at the central market.  Wow!

There were two tables of used glasses, just dumped in big piles- 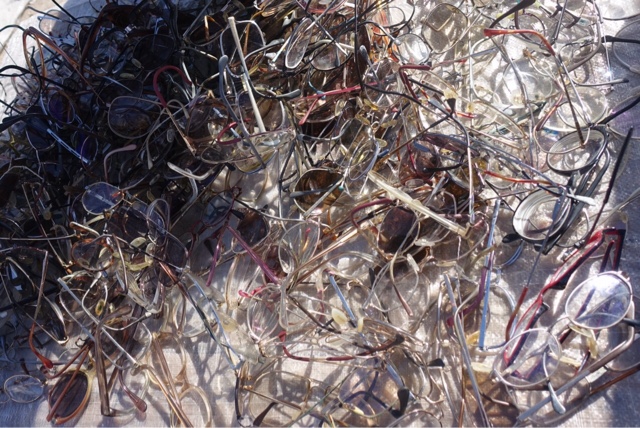 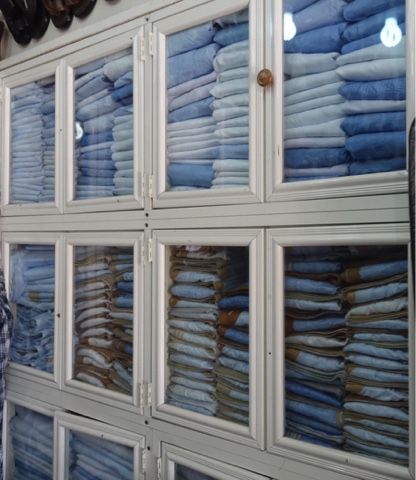 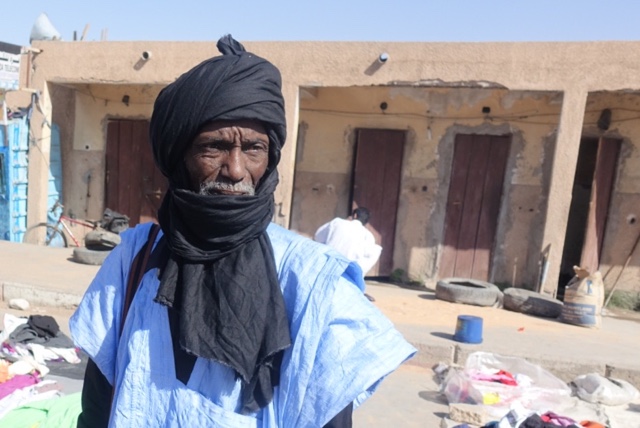 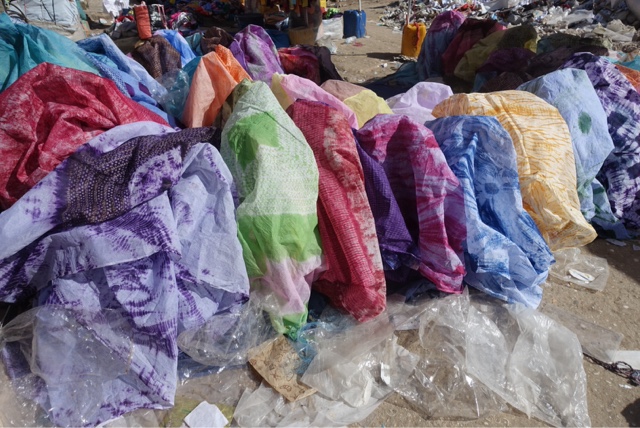 Other shops sell imported cloth that covers the floor- 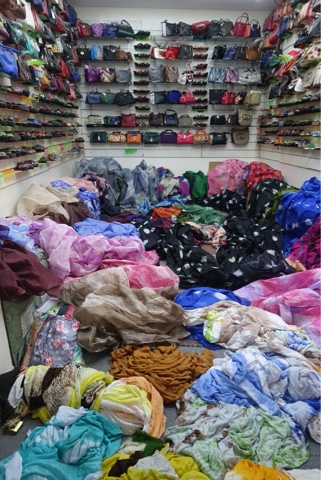 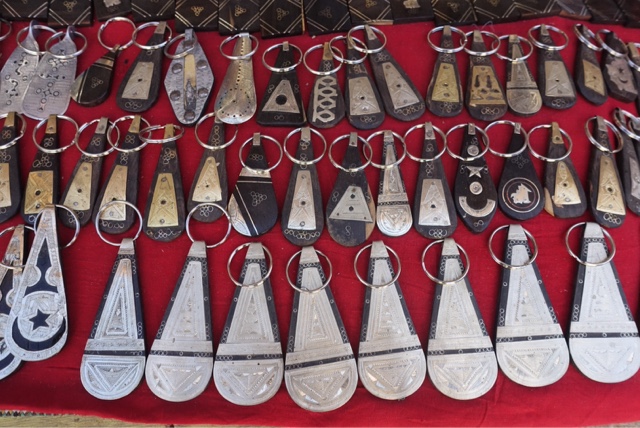 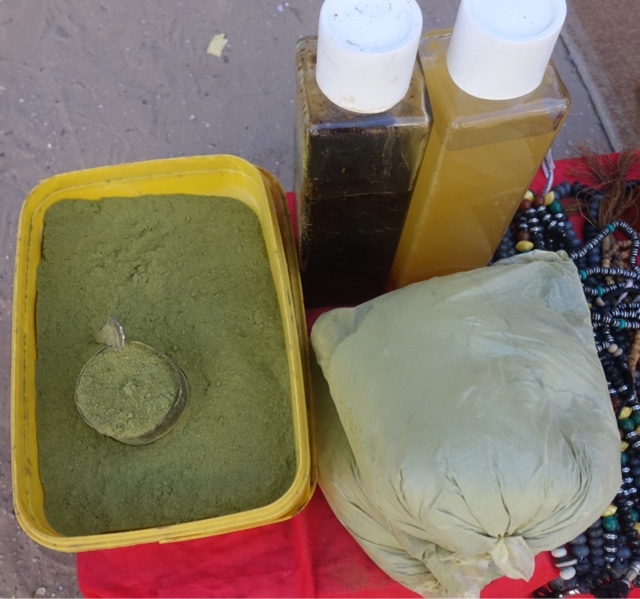 Cooking pots made in Mauritania- 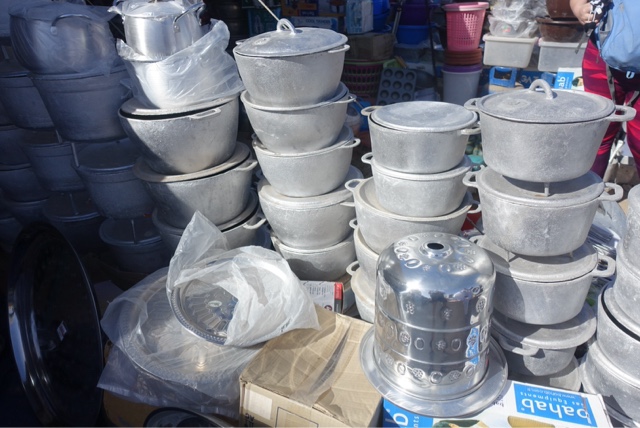 A man had a pellet gun and if you hit the target which is the green paper behind me, you didn't have to pay, but if you missed, you did- 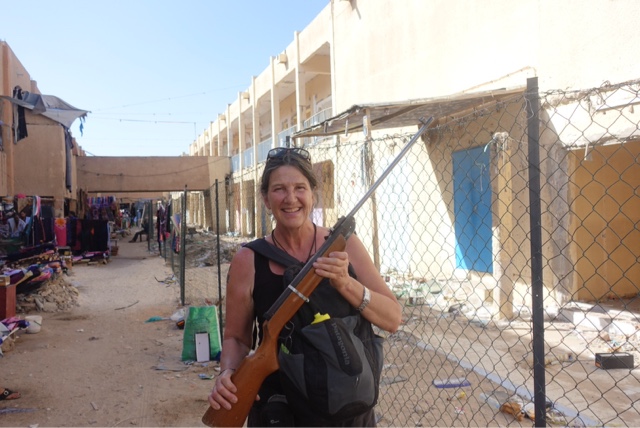 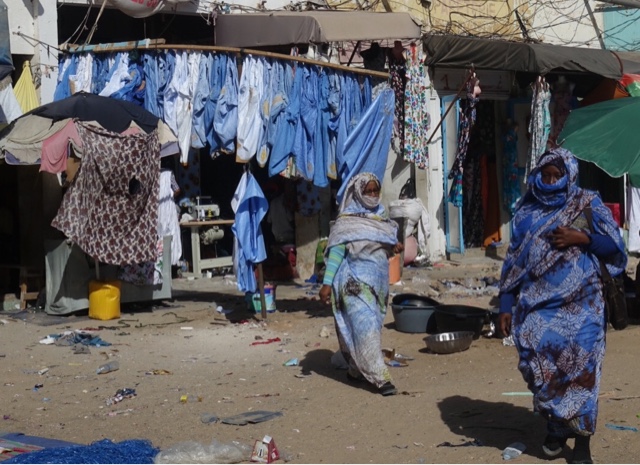 The filth and squalor is unbelievable.  Combine that with 89 degrees and you can imagine the stench- 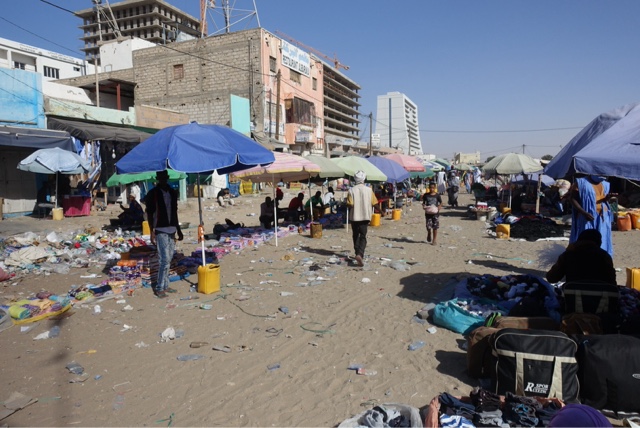 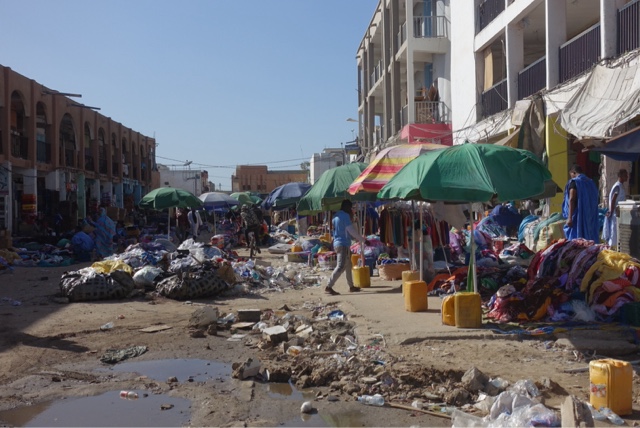 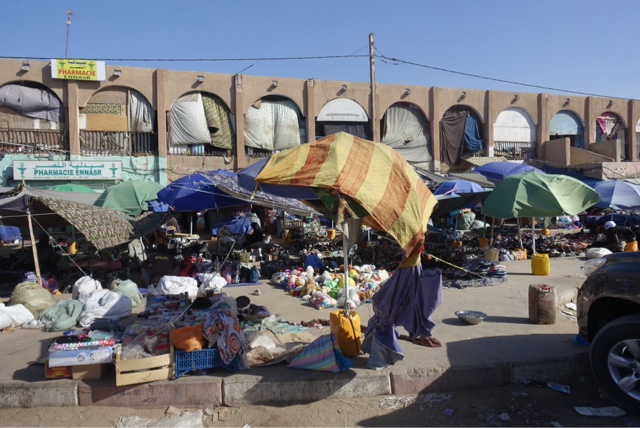 People have naps right in their stalls on the sidewalks- 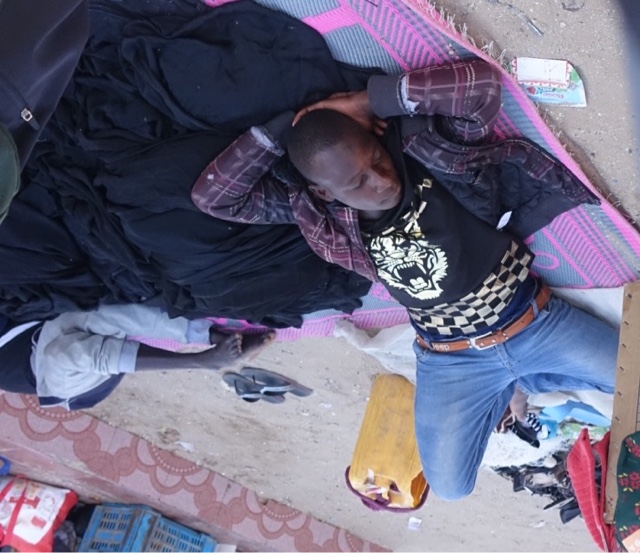 Rice and fish are the main foods of the country- 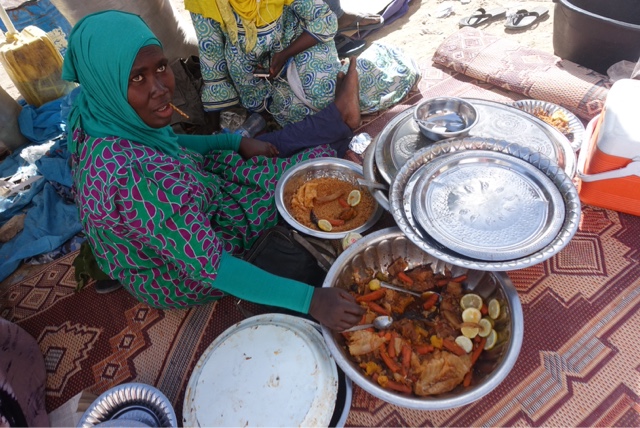 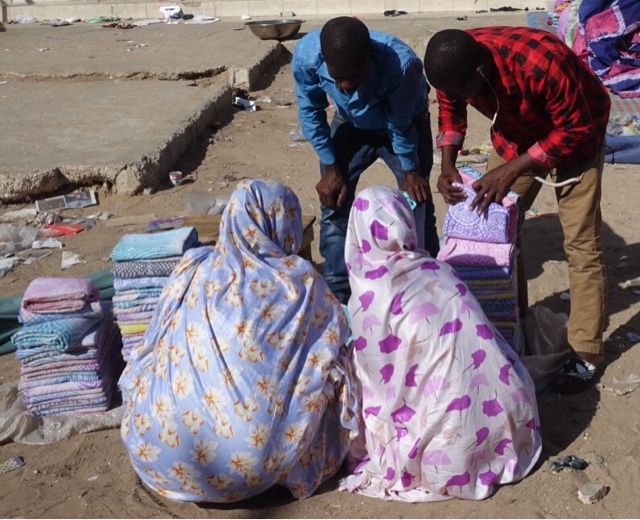 Another gem of a car- 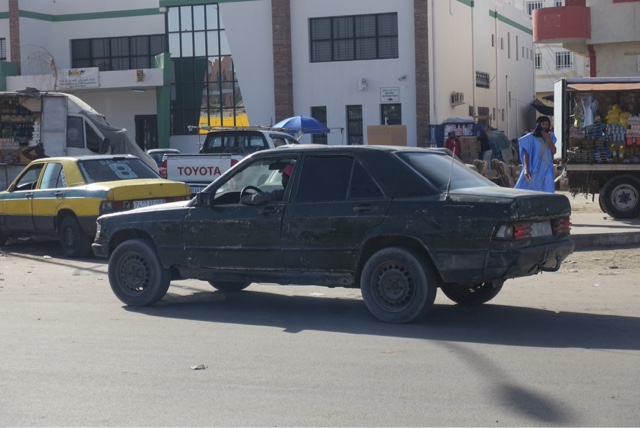 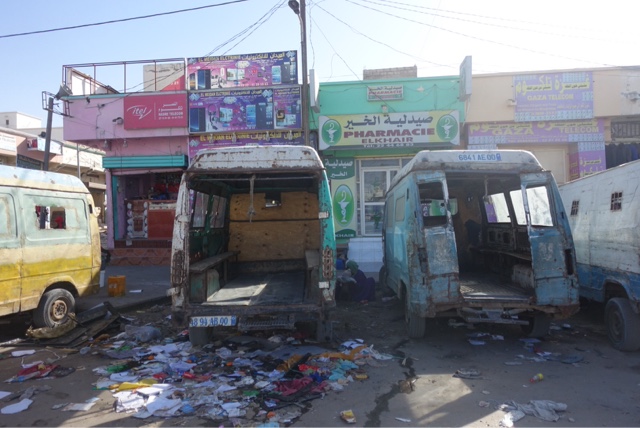 The traffic is insane.  There are no traffic lights so it's a free for all.  U-turns are made in the middle of busy streets.  Most cars are dented and there are lots of accidents.  No one wears seatbelts either.

After the market, we got the grand tour.  Tya stopped at his bank, then for gas which is delivered in trucks like this- 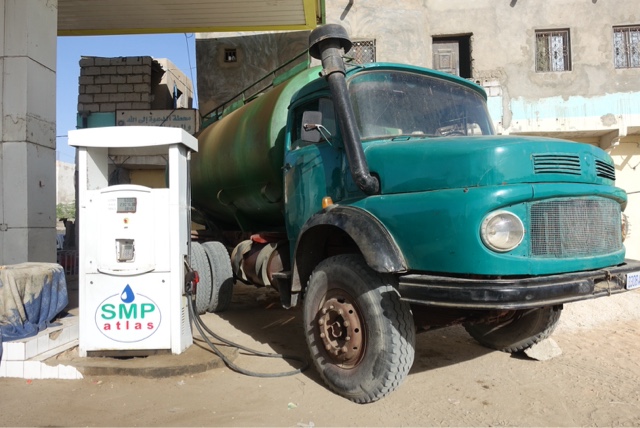 We drove by the goat market-

and right next door were the butchers!

Plastic is killing our world- 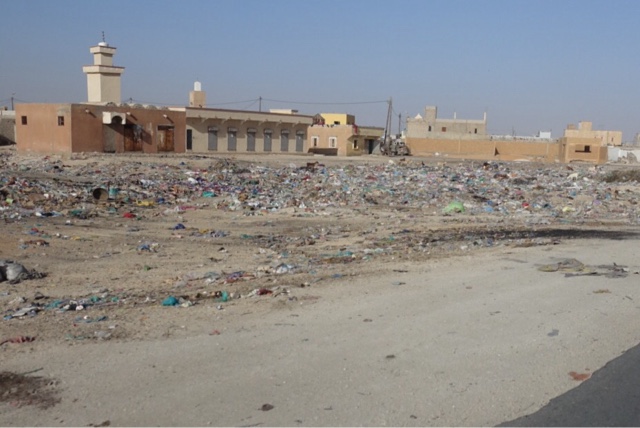 I was happy to get home to have a cool shower.  Cook group made chicken Caesar salad for supper- 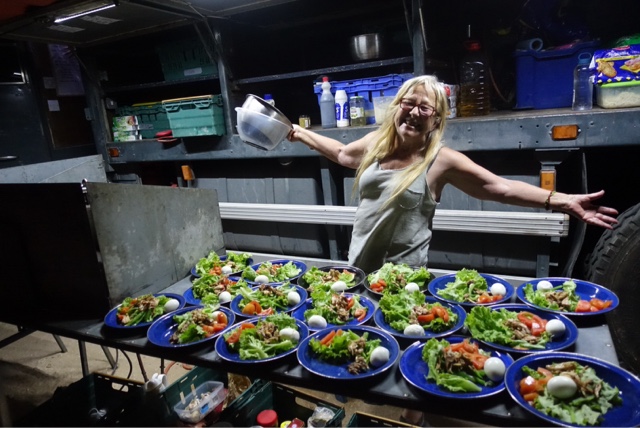 It was delicious and perfect after such a hot day.  We have a 7 am departure for Senegal which is only 215 km away and the wifi will be stronger and alcohol is available!  Looking forward to all of that!