It was another great night - me with 5 men.  No one snored, well, at least they didn't!  I was up first as usual and soon on my way to the Basilica de la Macarena (The Virgin of Hope)- 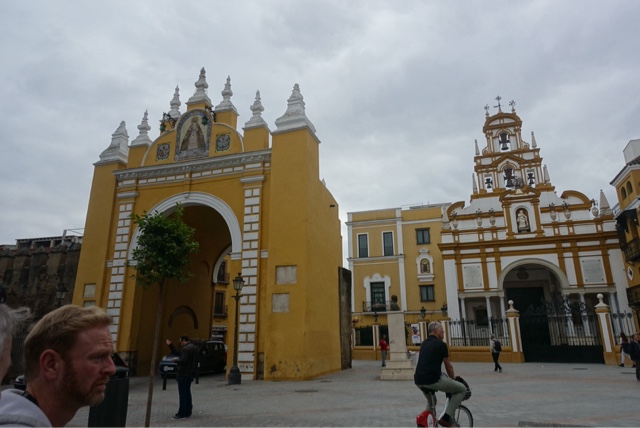 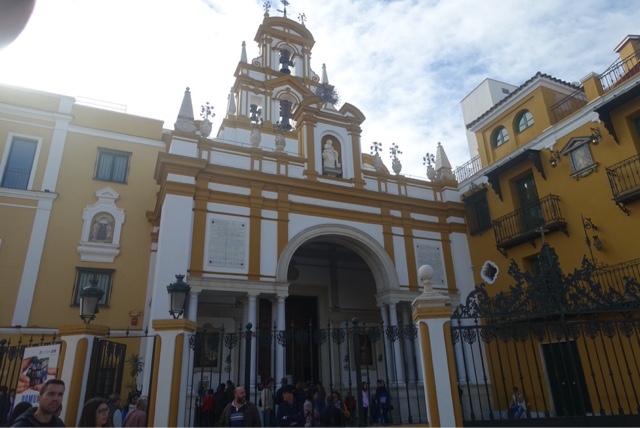 Mass was on and the church was packed.  Inside is like a beautiful art gallery/museum. The ceiling is painted and the altar is gold except for a silver frame around the Macarena- 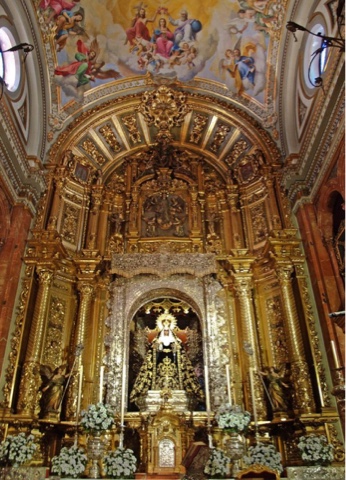 The Macarena has permanent tear drops painted on her cheeks- 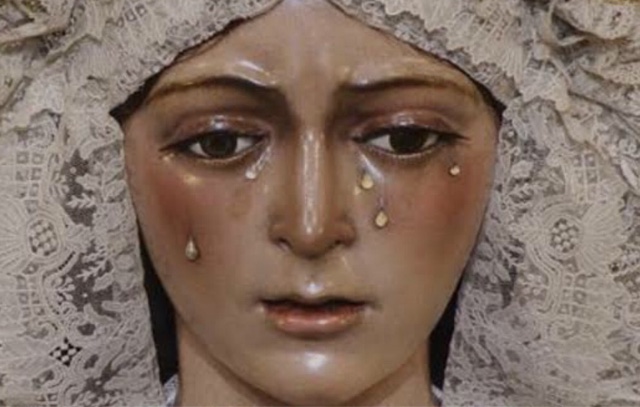 Outside the church she is also on the wall in tile- 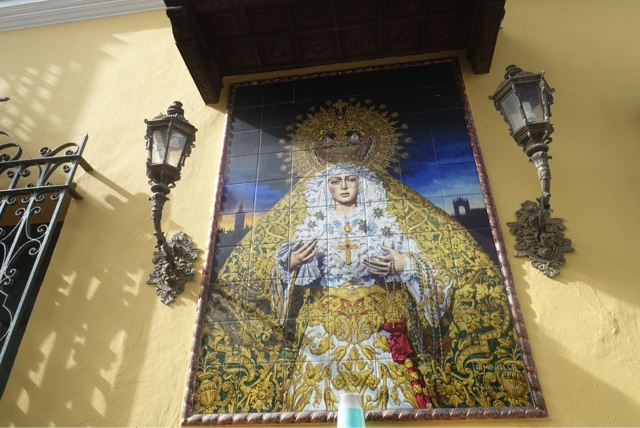 I walked to the Cementerio de San Fernando because it is All Soul's Day.  It wasn't nearly as busy as in Guatemala.  There are some crazy monuments though.  A waiter in a local bar thought this man was a bullfighter, who lost- 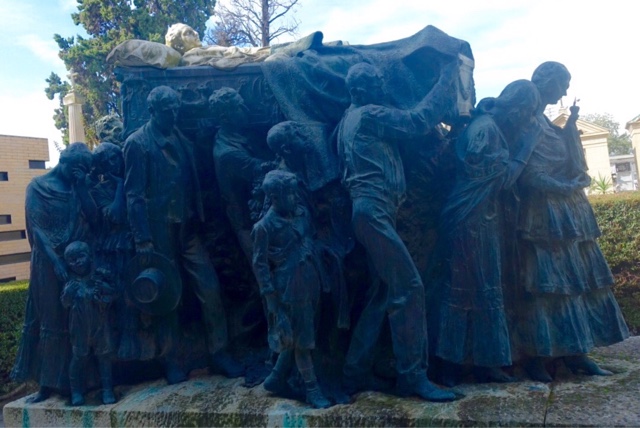 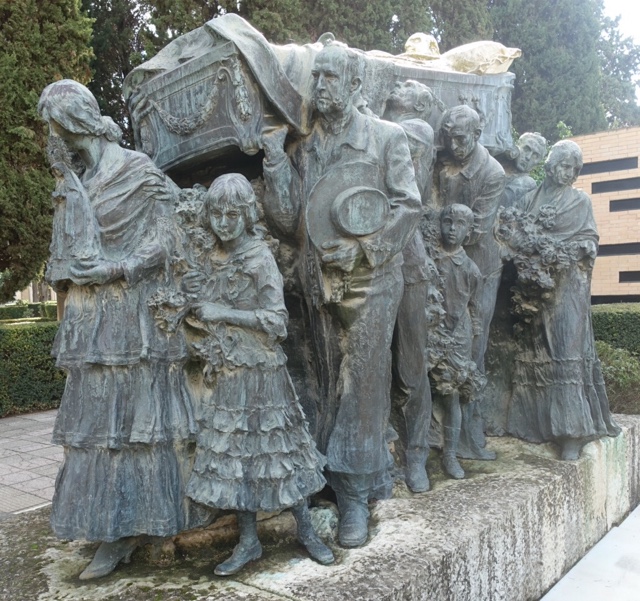 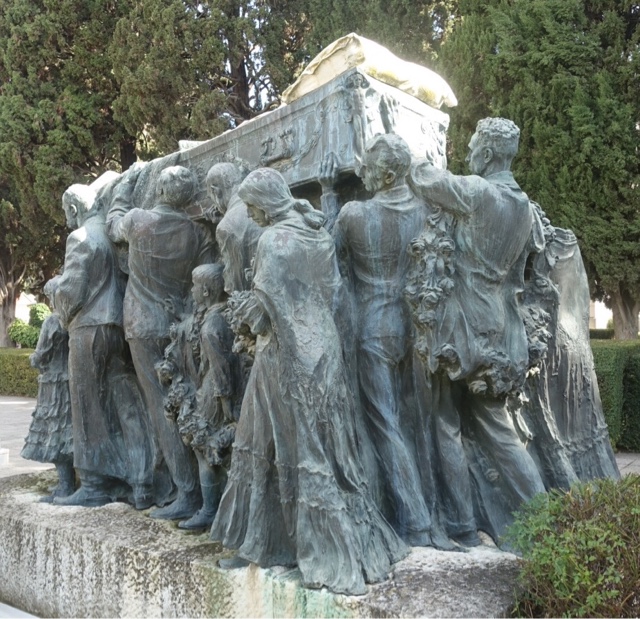 I can't imagine the cost.
This man definitely was a toreador- 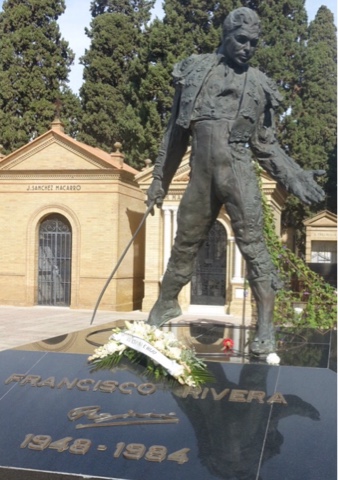 And Julia was a flamenco dancer- 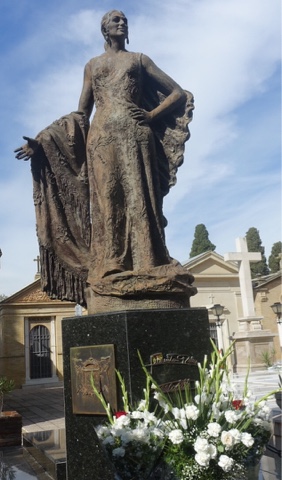 There are lots of 'plain' graves- 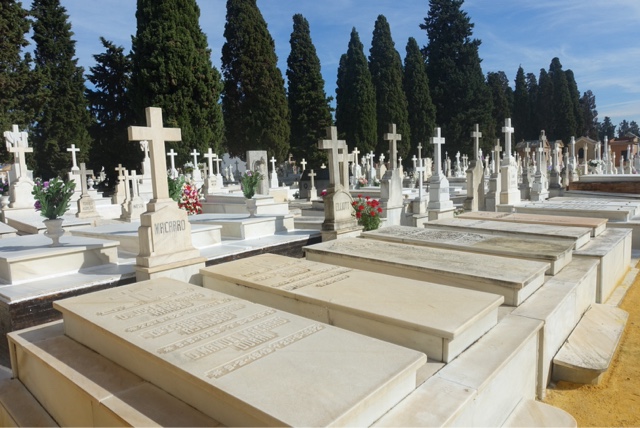 But many monstrosities, some with artificial flowers- 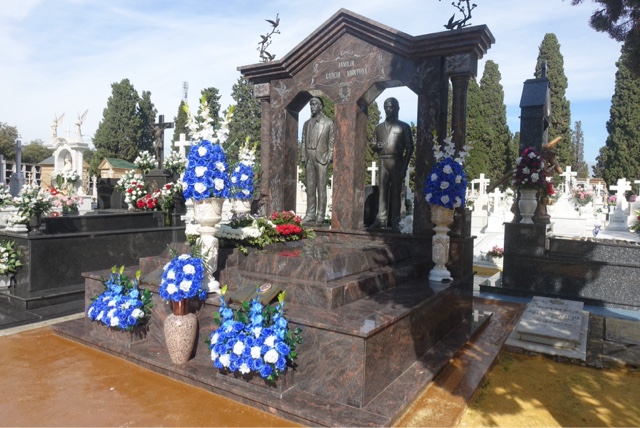 And others with real flowers- 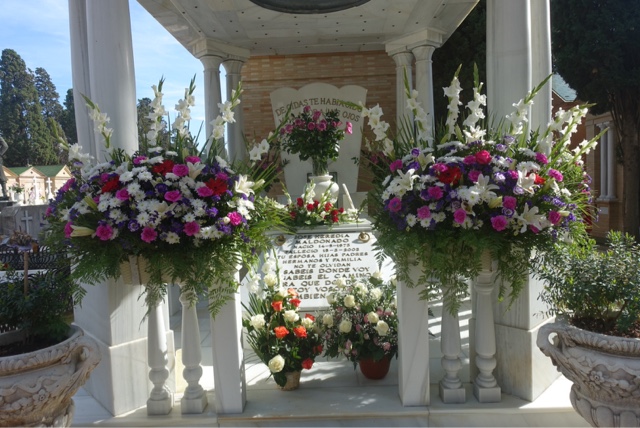 which they sell outside the cemetery- 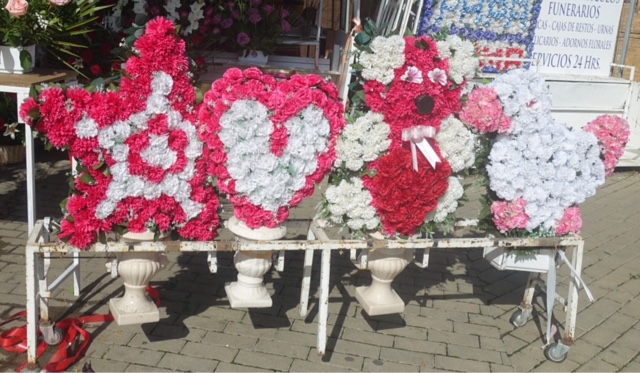 A few tombs were open.  Inside there's a steep ladder going down- 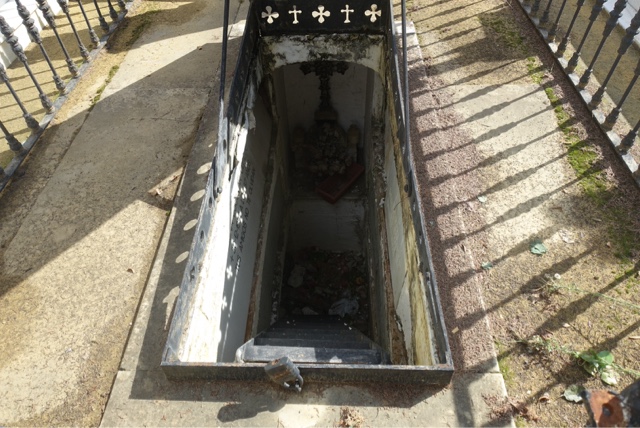 With room on the sides for coffins- 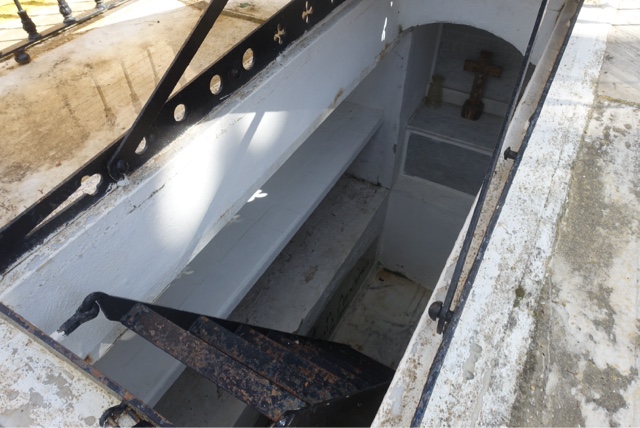 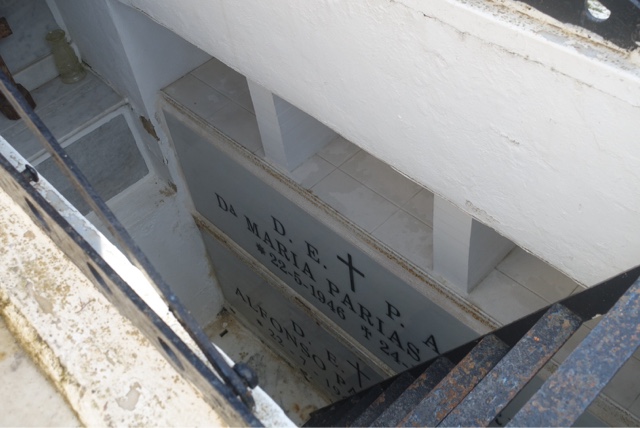 A hearse was waiting in the parking lot.  I like how they attach the flowers to the outside- 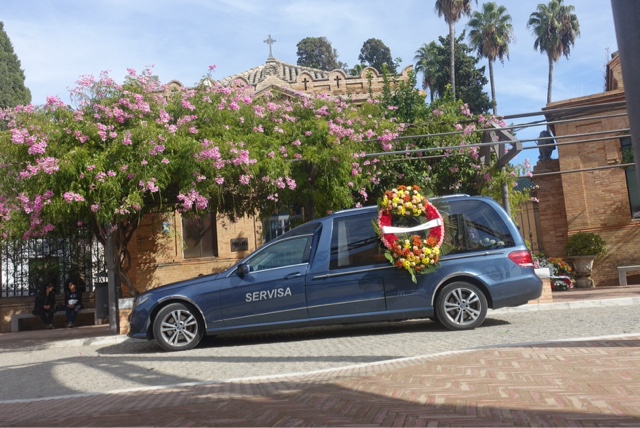 Last night I decided I would visit the Cathedral this afternoon.  I looked for tickets online and there were lots so I waited until today to buy mine.  Well, wouldn't you know it but they were sold out - not just for today but for tomorrow too.  So, I wasn't able to visit the Cathedral or climb the minaret.  Too bad.
This afternoon I went to Bohemian Rhapsody, in V.O. - Version Original so in English.  It was awesome.  When it was over and the credits rolled, no one moved.  It was like we all wanted more.  Poor Freddy Mercury had rather a sad life- 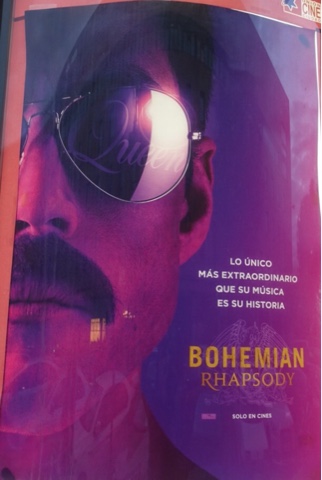 After supper I went for a short walk in the dark.  There were so many people out and about.  They don't have back yards to spend time in so they all hit the streets, either walking or jogging, or riding bikes.  I had some churros and chocolate for dipping but the churros were rather soggy and not nearly sweet or crispy enough for my liking.  The chocolate was okay, sort of like thick chocolate milk- 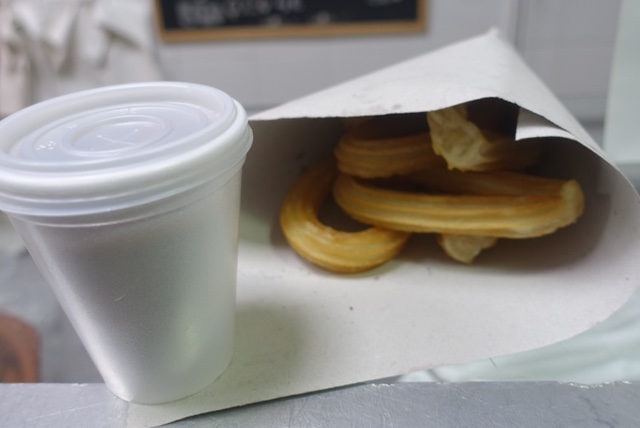 Tomorrow I have an early departure for La Linea.  Looking forward to moving on!
at November 02, 2018