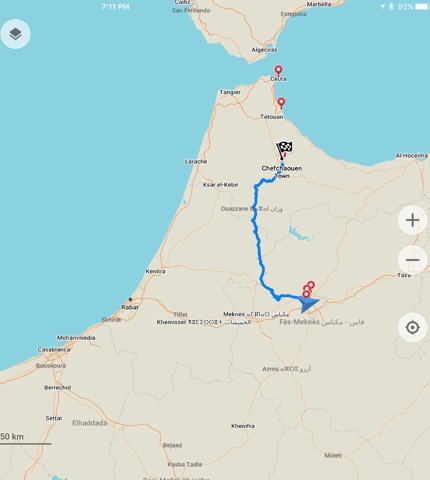 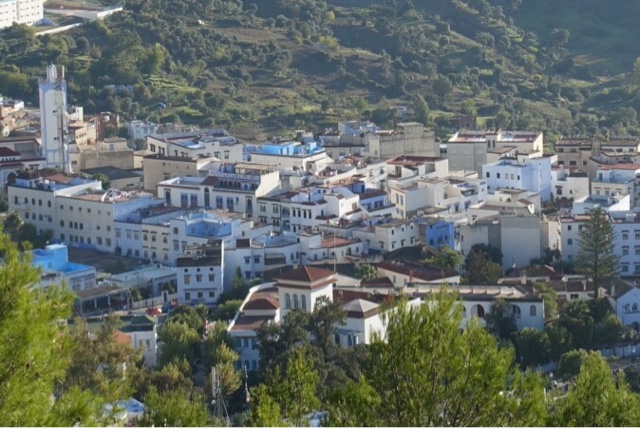 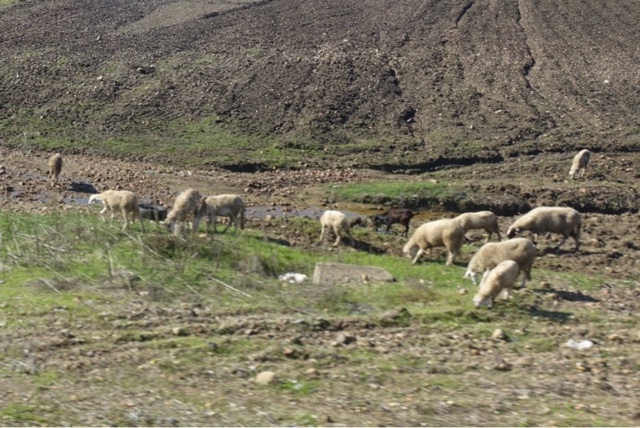 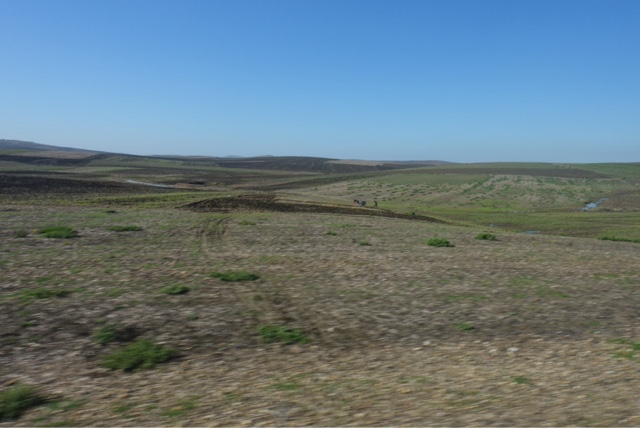 This is why we wear our seatbelts!  He was carrying 'farine de luxe' or 'luxury flour'- 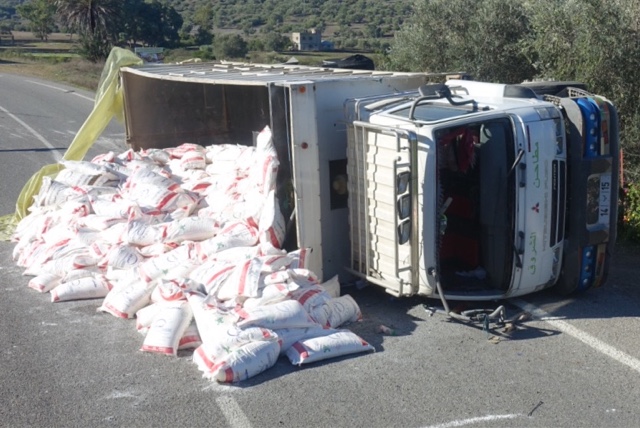 At a toilet stop- 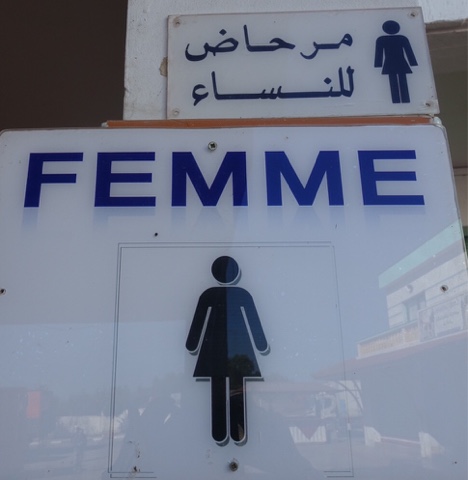 Orange trees that appear to be irrigated- 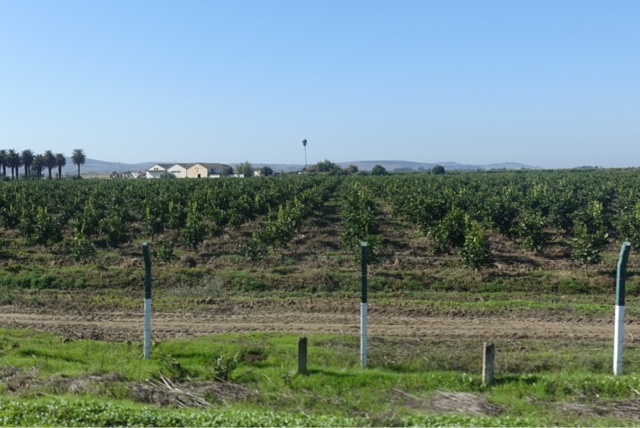 The further south we went, the more sandy the land became- 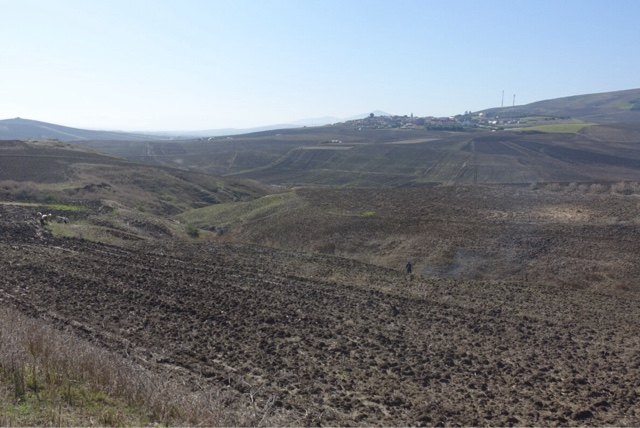 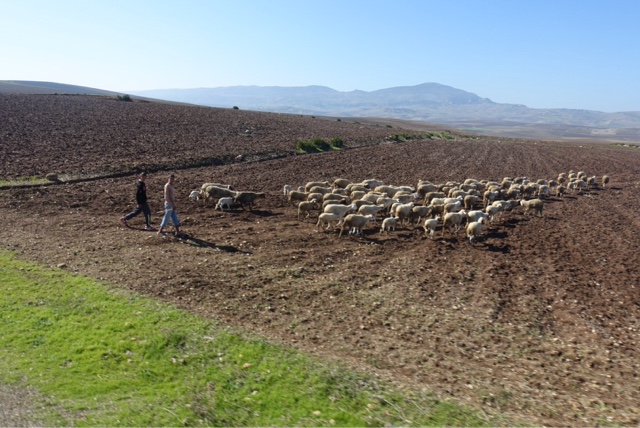 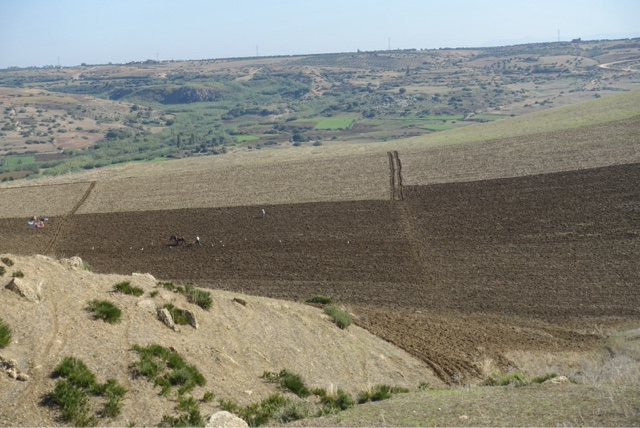 At this squash stand, the man wouldn't sell us watermelon or squash.  He said it was too ripe and not good.  That was pretty honest- 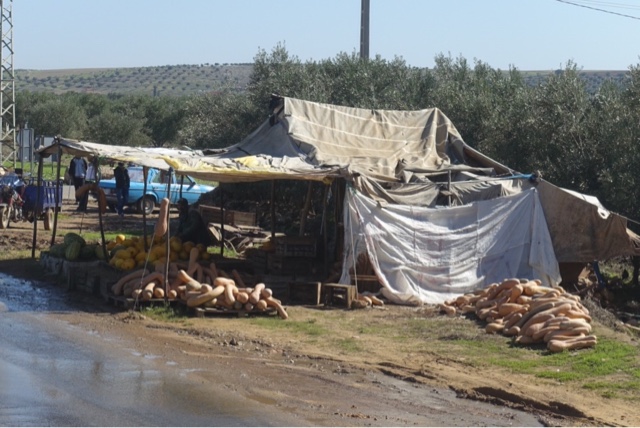 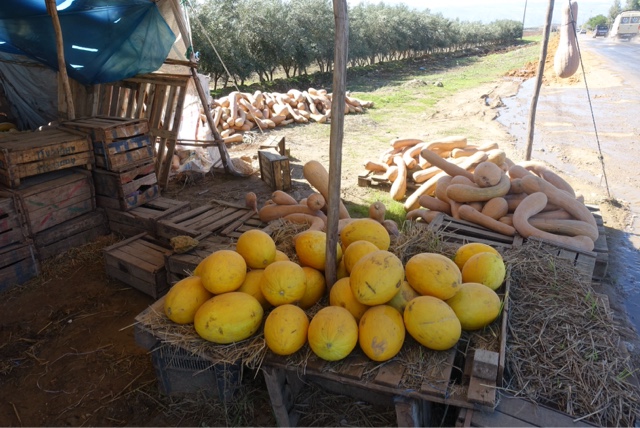 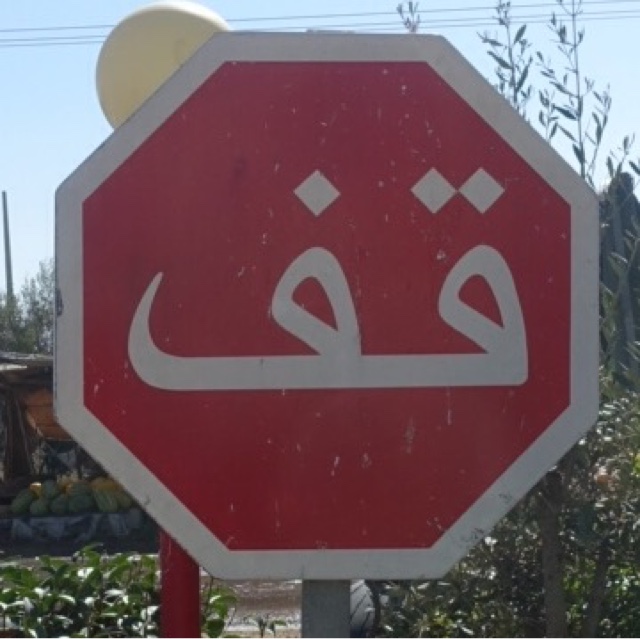 The campsite appears lovely but I haven't had a shower yet to know if they're hot.  Three of us headed to the Medina via public transport.  We were told numerous numbers of buses to take and one woman and her friends walked with us to the bus stop which was not marked as a bus stop at all.  We would never have known to stand there.  A few stops later there was a large crowd of university students waiting to get on.  Some came on through the front turnstile after paying and many came through the back turnstile, jumping over it and not paying.  Some just hung on at the back door- 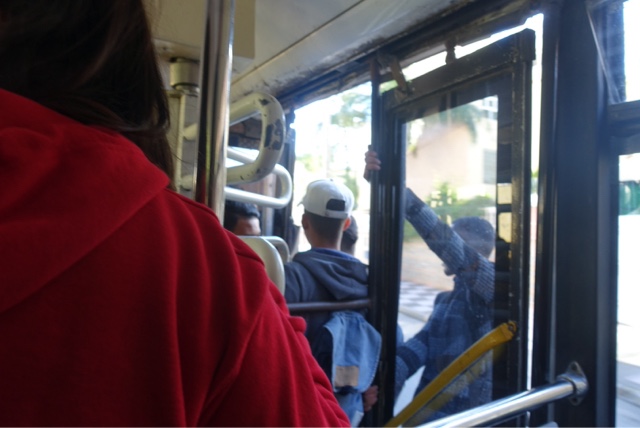 Everyone was super friendly, saying hello or bonjour, smiling and giggling.  One fellow took my camera and took a few pictures of his friends- 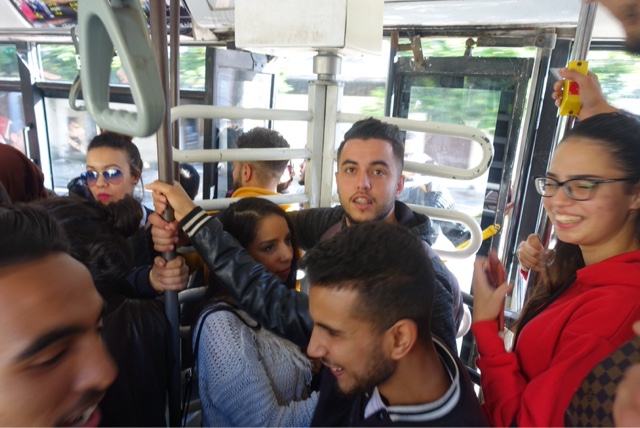 The bus was packed- 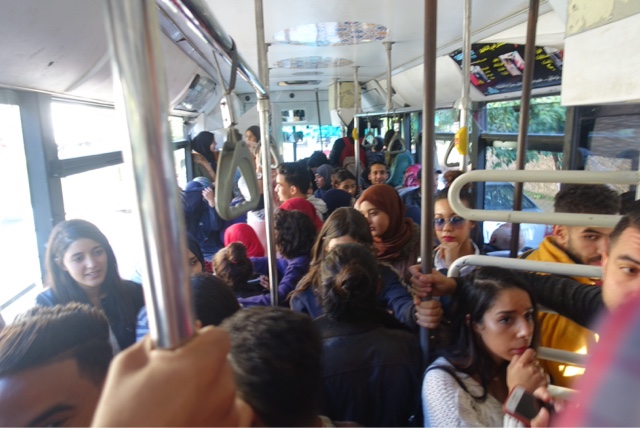 and when we got off at the end of the line, another woman escorted us to the next stop where we waited for 15 minutes before deciding to walk.  There were a couple of large protests in the streets.  They were high school students protesting the government's demand to change time.  The students do not want to move their clocks back an hour because that means going to school in the dark and that can be dangerous and hard to get up.  It was a peaceful protest with police escorts.  A ton of them waved at us.  We were the only white people I saw in the hour we were trying to get to the Medina- 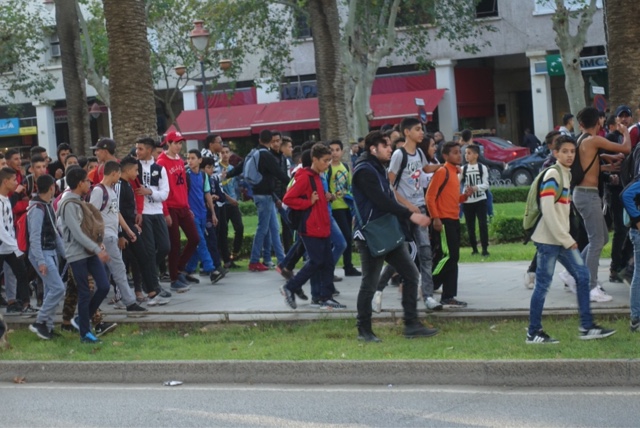 The bus we were waiting for finally pulled up and it was a mad push to get on.  We stood back and waited.  Some were hanging from the back door and side windows- 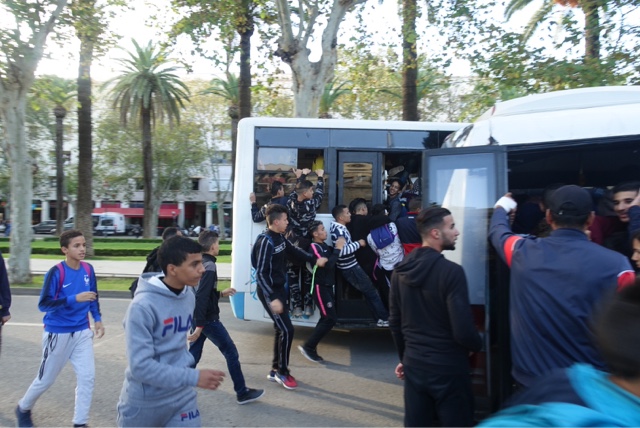 We ended up walking to the Medina which was only about 15 minutes away.  We passed a woman having her hand hennaed- 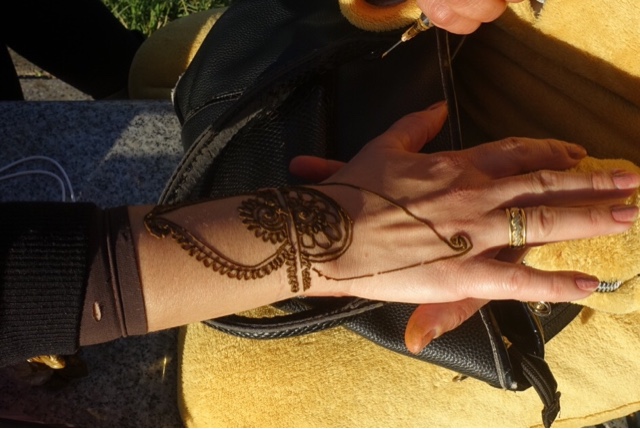 Once inside the Medina- 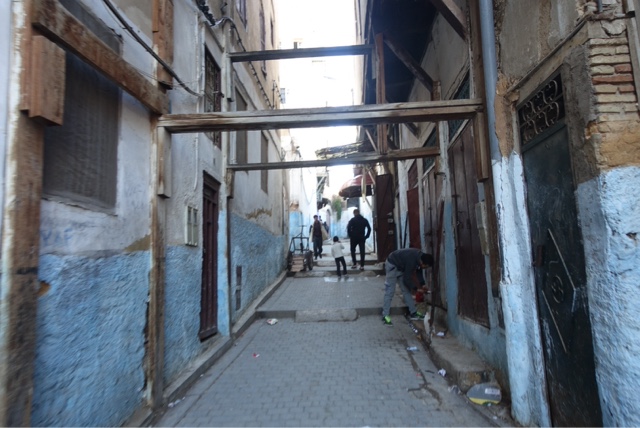 There were many shops selling lots of everything- 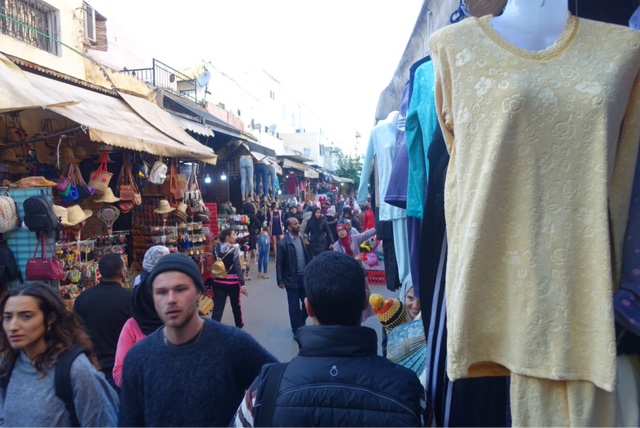 A few men were pushing carts loaded with desserts- 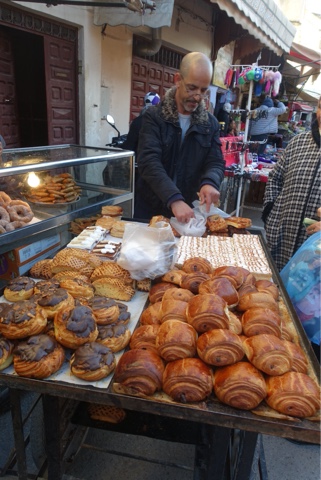 This is a dessert too - deep fried dough covered in honey.  It tasted a bit burned- 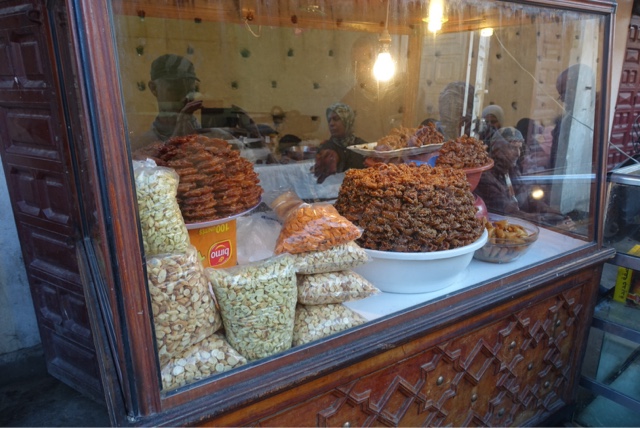 This woman was making something similar to a fajita filled with minced meat and cheese.  It tasted rancid to me but others liked it- 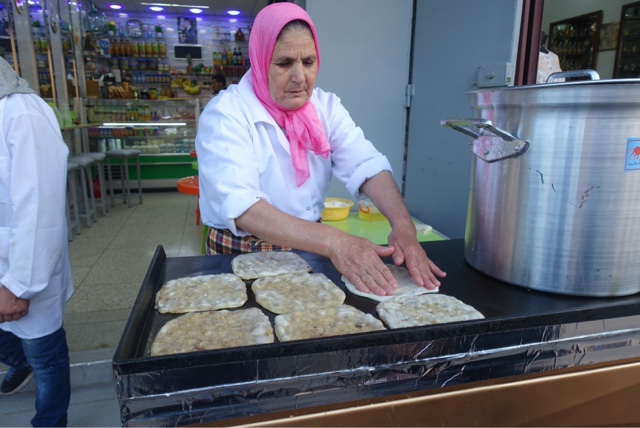 The Medina is surrounded by a wall with many gates- 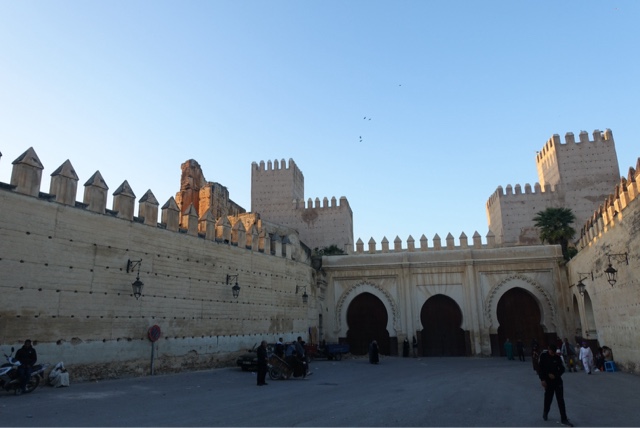 Storks are nesting on the towers- It took us so long to get to the Medina, we only had about 45 minutes there before we had to come back for supper and before it was too dark.  Three of us took a taxi for only 50 Durham or $7.  We were quoted 30 Durham each or $4.20 at the campsite.  I'm looking forward to going back tomorrow and visiting the tannery.
at November 08, 2018