My first job today was to find a place where I could print my Benin visa.  This meant either finding an Internet cafe with a printer that works or finding a shop where I could email my visa and they could print it. On the way, I stopped at a food stand for an egg/onion sandwich on fresh baguette.  So good!  Later, I ran into Shelby, Terry, Clarissa and Victoria who were on their way to the ethnological museum.  That's one of the few things to do in Bissau so I joined them and became the translator.  The museum is small but interesting and we had a guide who explained everything, at least twice.

There are 22 different tribes in Guinée Bissau- 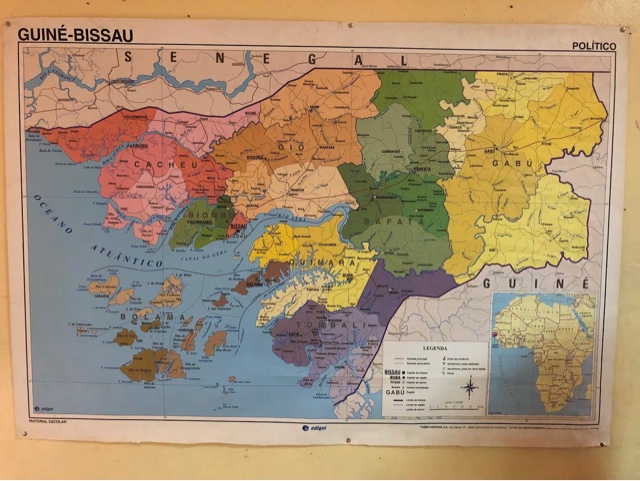 The ethnological museum displays masks, musical instruments, food preparation items, fabric, photos and funeral statues from many of the tribes.

Nimbe, the fertility God of the Nala tribe is prayed to by women who hope for children.  That doesn't seem like much of an issue here as they all seem to have about ten too many- 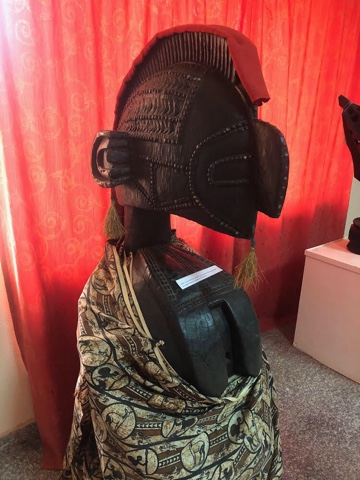 Funeral markers are sticks pounded into the ground often in the middle of the village but sometimes they carve the way the person looked into the stick.  The tam tam is played at a funeral and the three figures at the bottom are buried with the corpse- 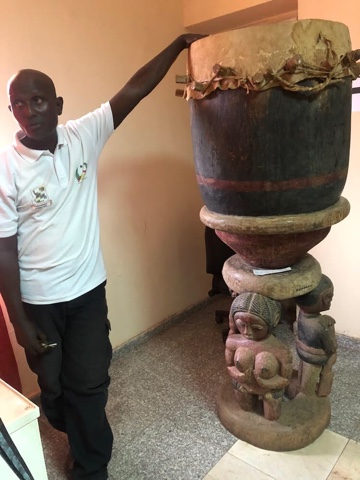 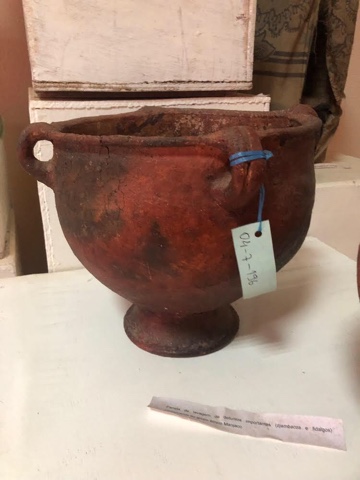 Fish, maize, wheat and beans are transported in different containers- 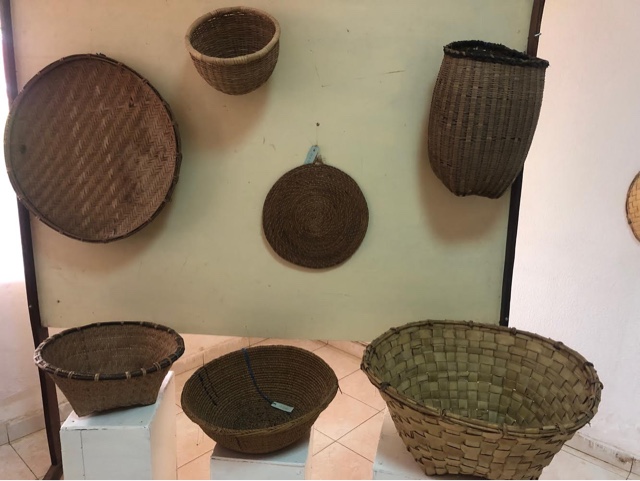 Musical instruments include flutes, violins and guitars.  The strings are made of animal hair- 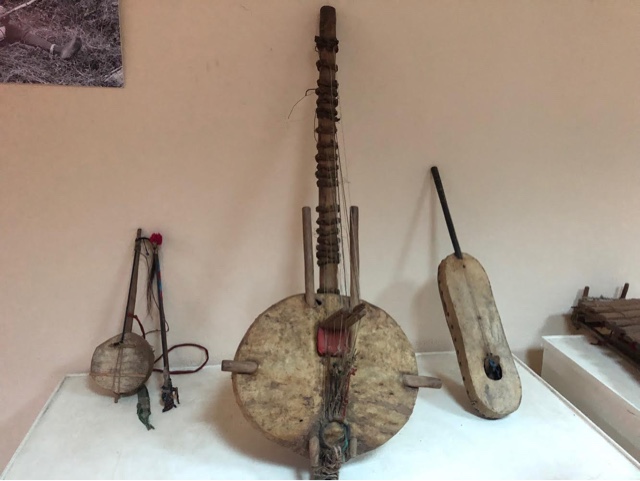 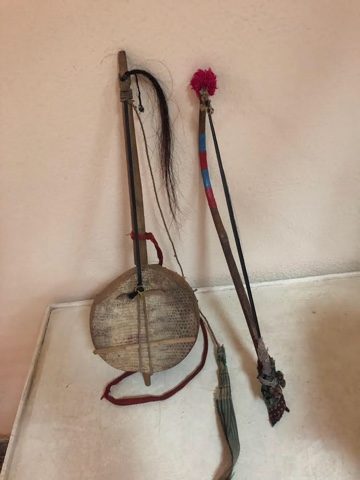 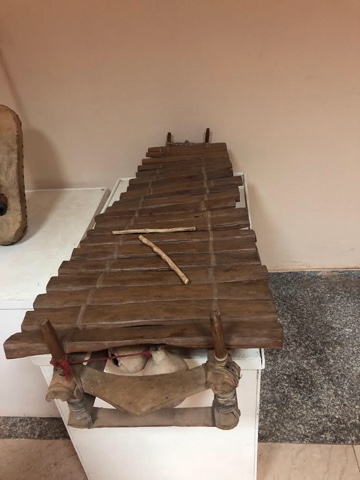 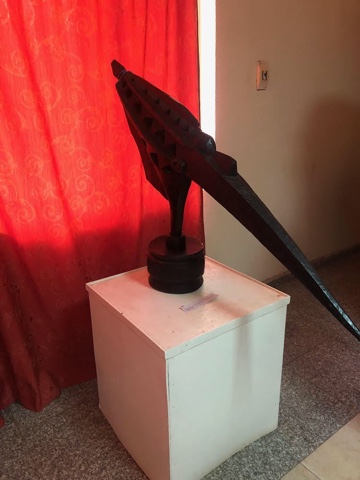 Animal masks are used in ceremonies- 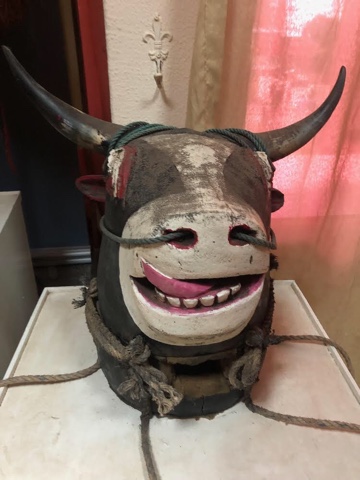 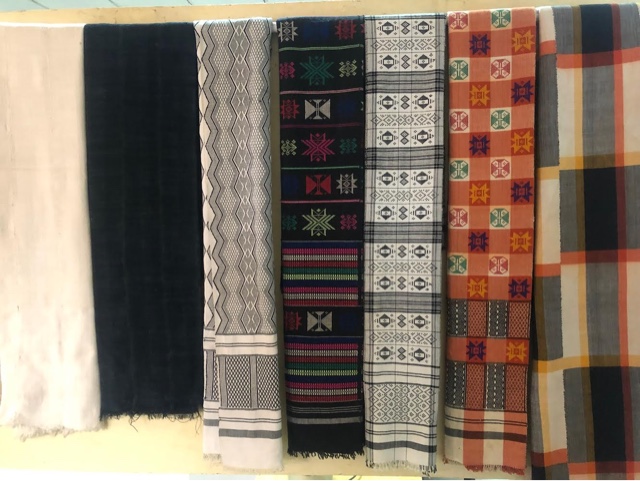 The museum was interesting and the tour only lasted about 40 minutes.  After, I spent the rest of the day enjoying my room, had a very peanutty sauce on seminola - like cream of wheat porridge for lunch and wandered.  After supper, Terry, Norm, Melissa and I walked to a local bar for a beer where the locals were dancing and singing like karaoke.

Looking forward to one final day in Bissau. 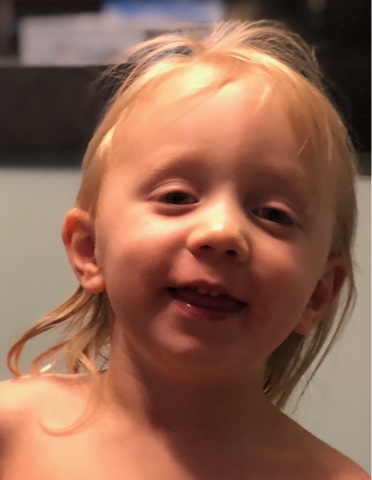