I had a dream filled sleep.  It was so weird!  I didn't sleep much past 3 am and then got up at 6:15 in anticipation of a 7 am departure for our hike to the waterfalls.  Well, 7 became 8 and finally, we were off.  The roads were atrocious- 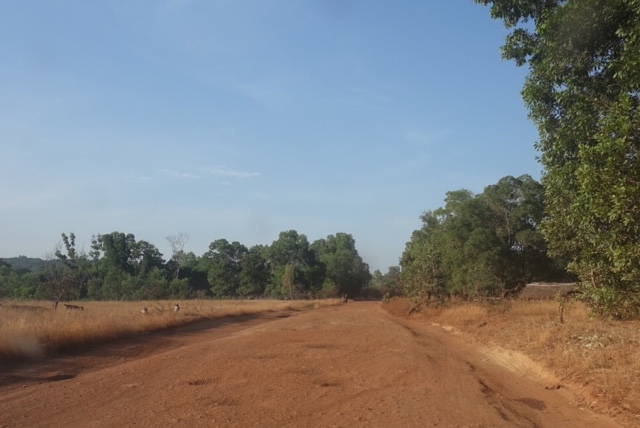 yet our driver just kept plugging along, dodging as many as he could.  I cringed at every huge one we hit and was so thankful that we weren't in my car.  The driver said he just put on new tires in November and had already replaced one with the spare!
We went to a village for coffee - it was awful, then we continued on.  Women were washing clothes in the river- 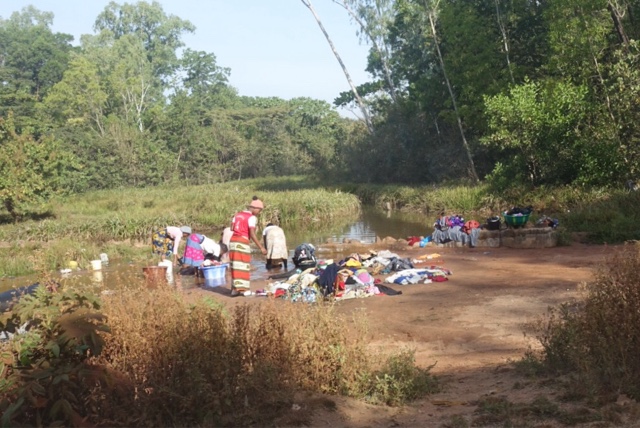 The roads continued  to be disgusting- 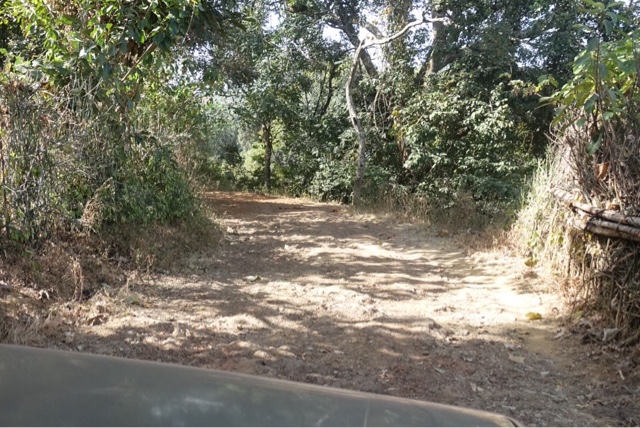 After a couple of hours driving, we began our walk.  We passed through a village- 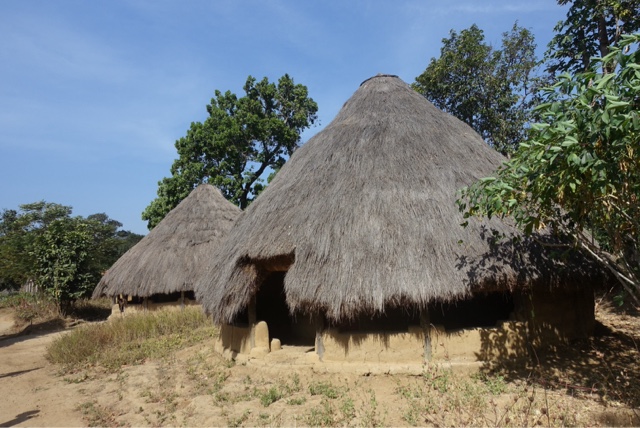 then crossed a stone bridge- 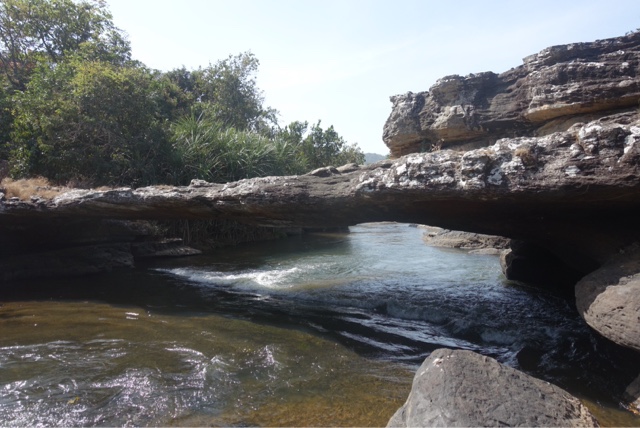 and saw a waterfall on the other side- 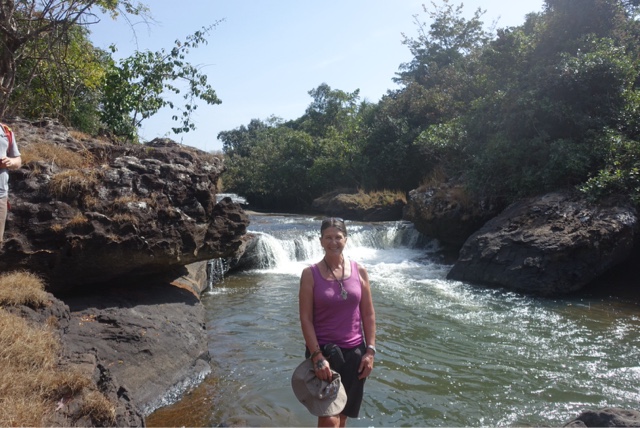 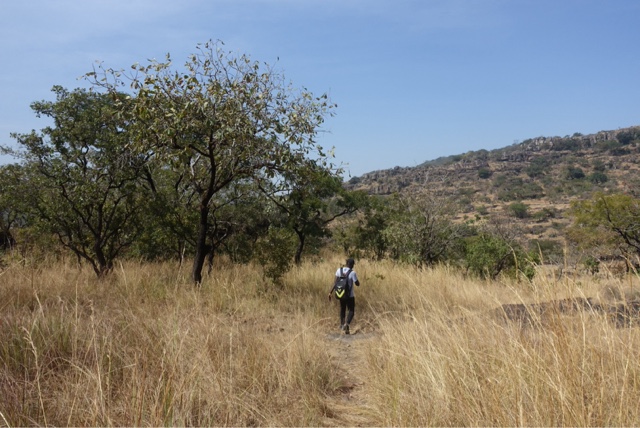 to the second waterfall- 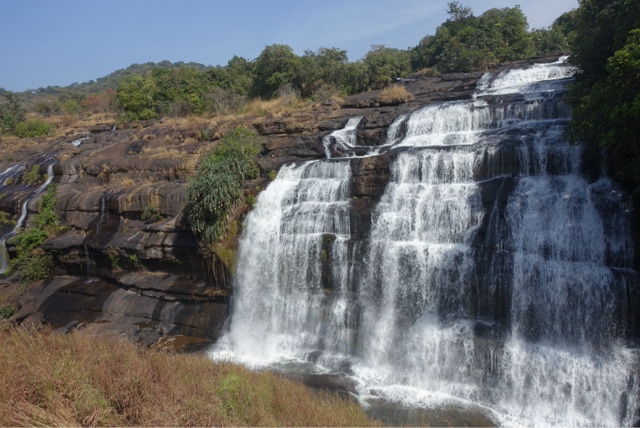 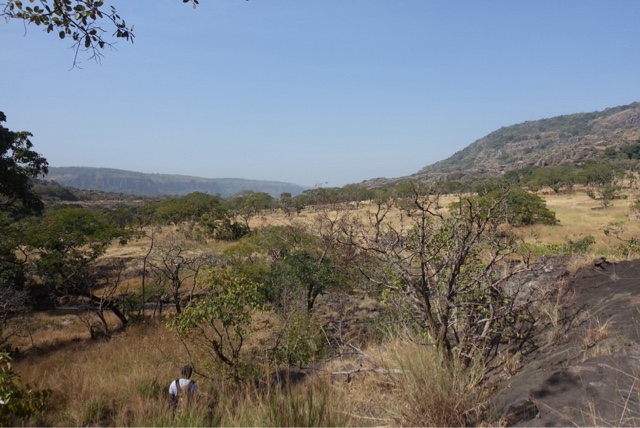 A flaming tree:  they only have flowers on the top, no leaves- 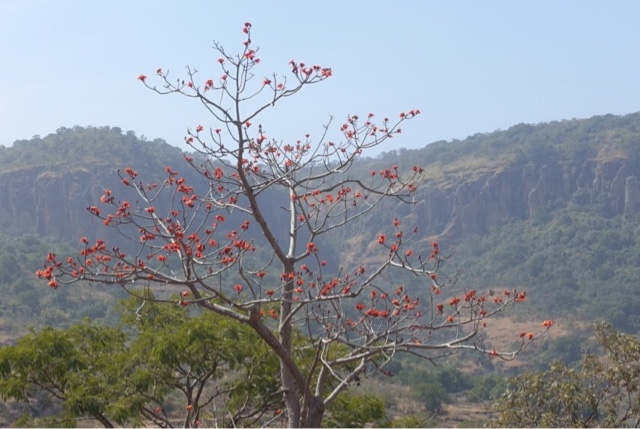 and the third waterfall- 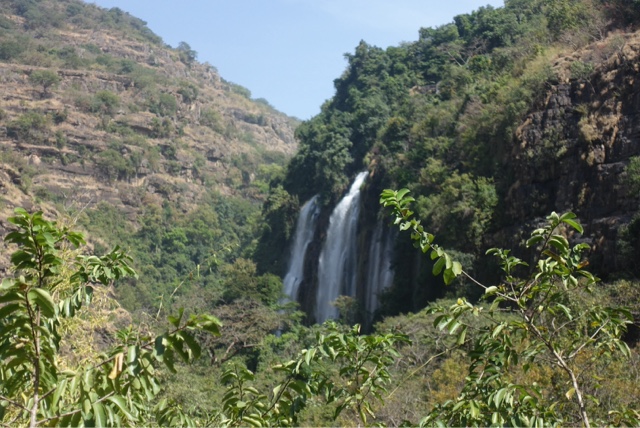 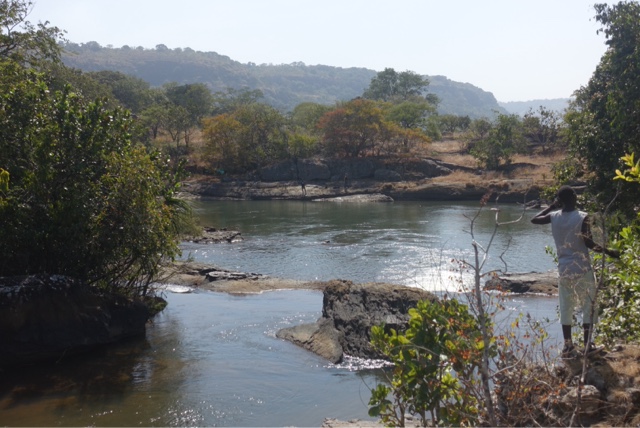 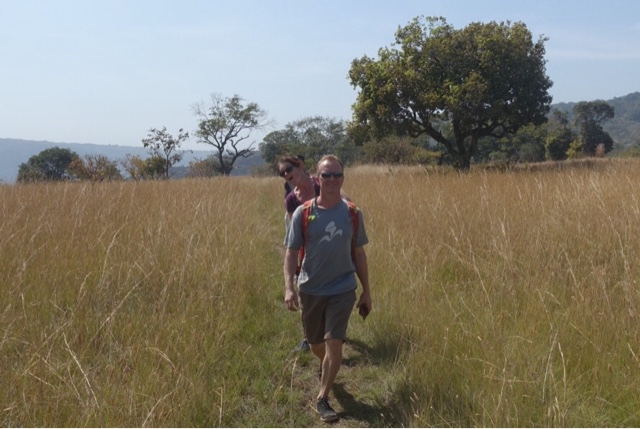 They put these weird bales in the trees to attract bees- 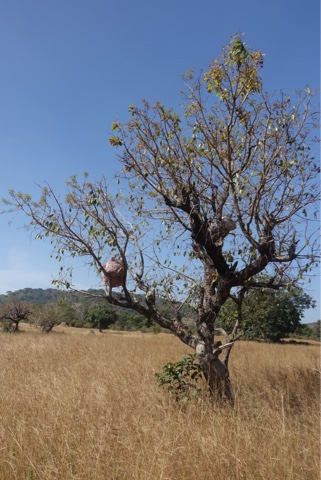 Back in the village- 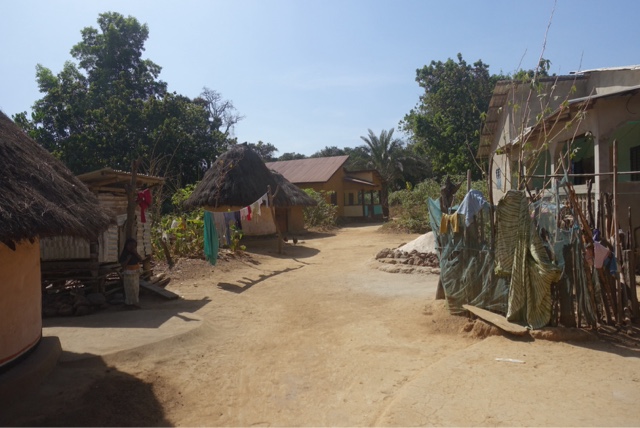 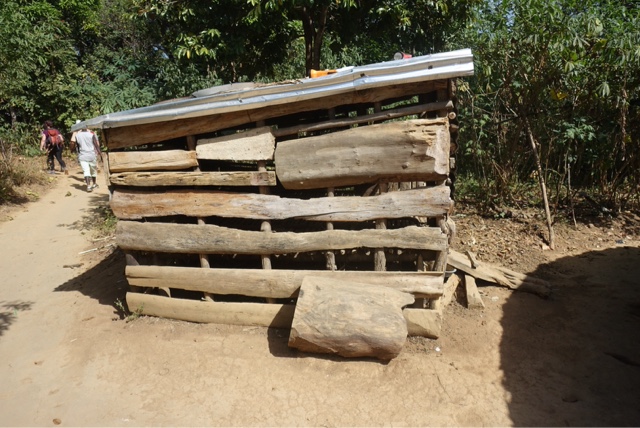 An hour and a half later we were back at camp for our Christmas celebrations.  Roast goat was on the menu- no turkey here!  Here are Michelle, Martin, Claire, Nicole, Clarissa, Leanne and Don- 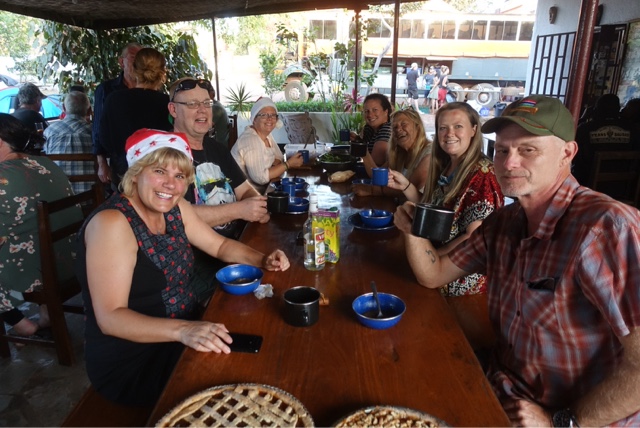 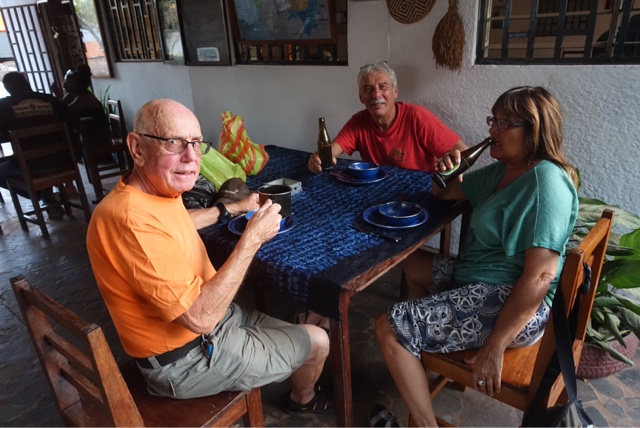 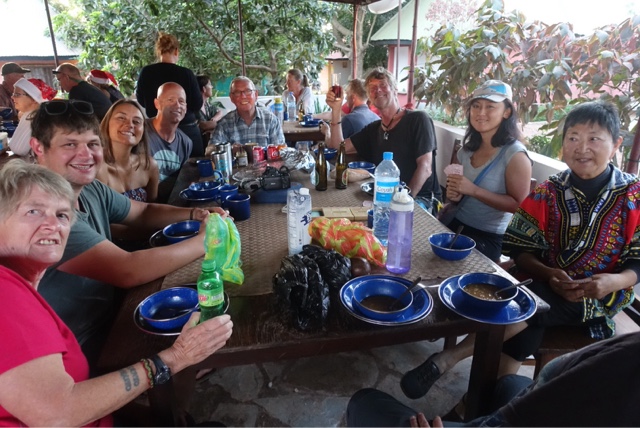 After supper, we opened our gifts.  I had Clarissa and bought her a bottle of wine and a pack of cigarettes- 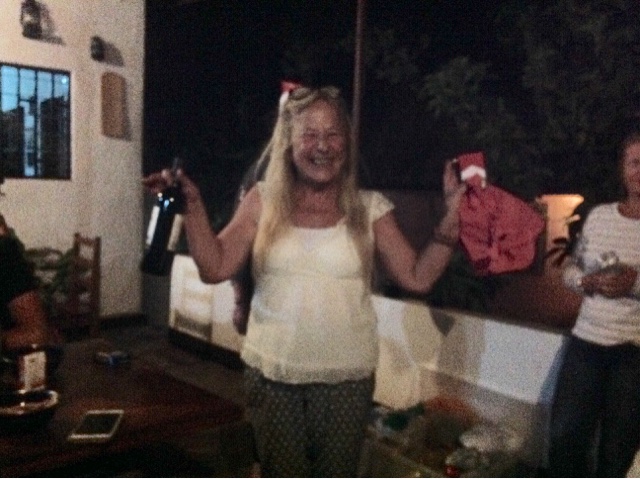 I also got a bottle of wine from my Secret Santa.  Later we had sangria, mulled wine and snacks.  It was a great night!  Merry Christmas!
at December 29, 2018