We had a short drive from Cap Skirring to Ziguinchor where everyone but Michelle and I needed Guinée Bissau visas.  Michelle and I got ours for double the price in The Gambia, but oh well....  After finding the embassy and dropping off the passports, we had a couple hours for lunch.  I found a food stall and had an Acra sandwich which is made from mushed beans mixed with flour and salt and fried.  It was delicious- 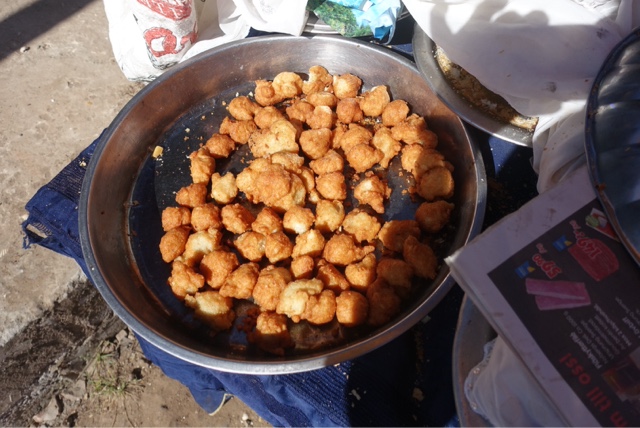 After, I found the rest of the group who were in a nice restaurant and had a beer while waiting for passport pickup.  Soon, we were on our way to the border which was a painless crossing but it was so hot.  We stopped in a town for...... I'm not sure what - maybe truck insurance? I tried to get a SIM card but once again, my phone couldn't find the signal so I'm without wifi.  I'm getting used to that.
The roads are good except in the low spots- 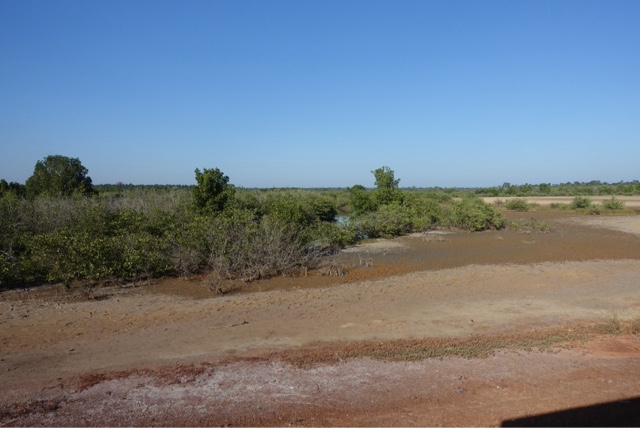 where I think that during rainy season, the road is submerged.  It's full of potholes and very rough.    Locals drive on the sides of the roads, but not us-we go straight down the bumpy middle.  I was sitting at the very back and when we hit a bad one, my head just about hit the ceiling.  I put on my seatbelt after that- 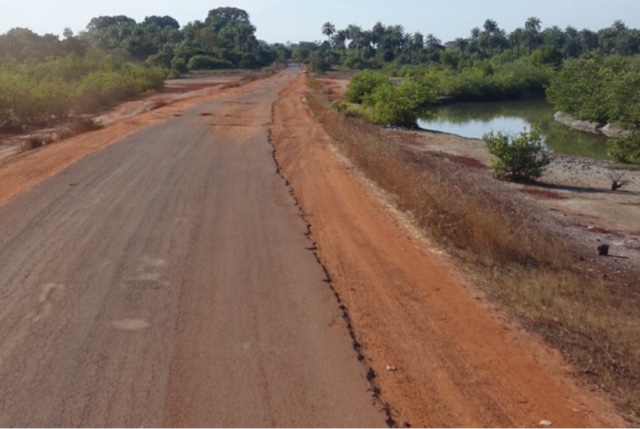 About 4:20, we pulled off the road and immediately got stuck.  WTF I was thinking.  This is a flood plain- where there are areas of long grass and cows grazing.  It's wet - that's why all the greenery.  After lots of spinning and digging us into deeper ruts- 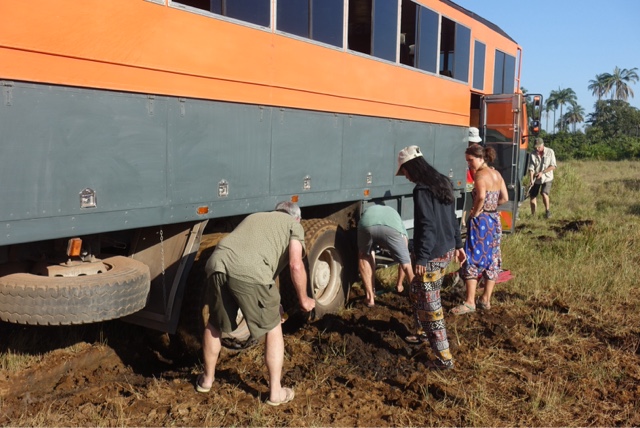 it was time to get the sand mats out.  Thank goodness for the young strong men on the truck- 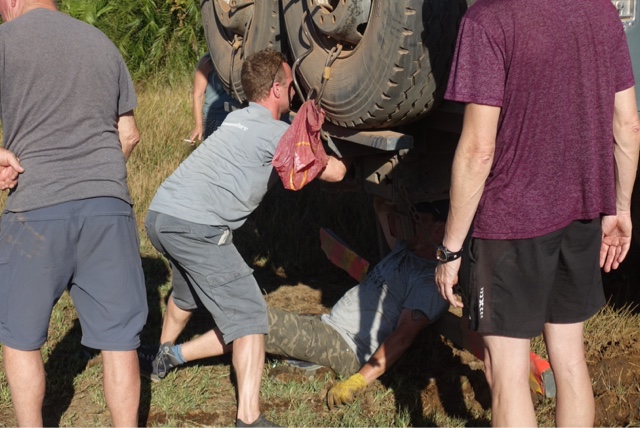 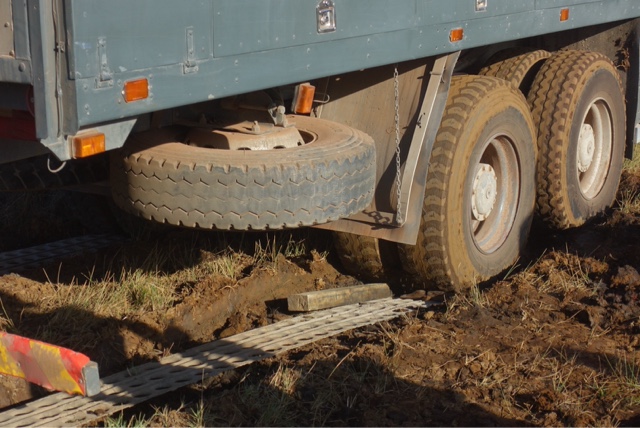 We were ready to back out- 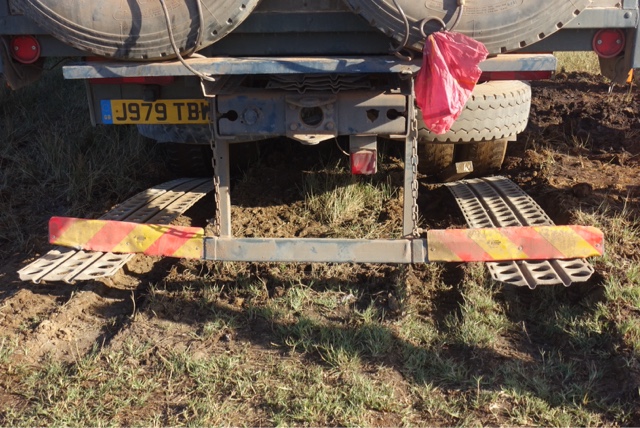 Only to spin and spin and sink and sink.  All of a sudden, a knight in 'white' armour showed up- 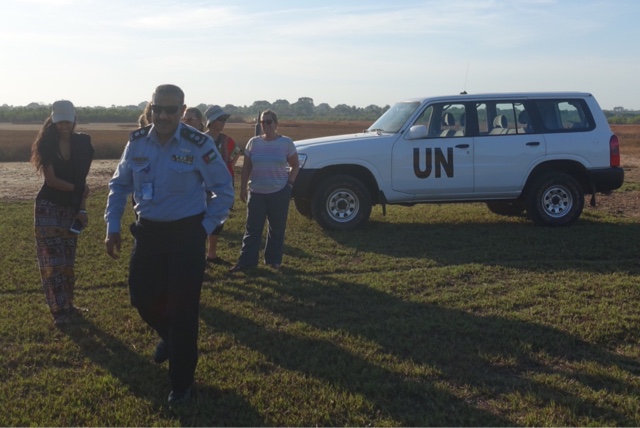 His first comment:  "What are you doing in here?  Why aren't you on the road?"  Million dollar question I say.  We hooked up to his vehicle- 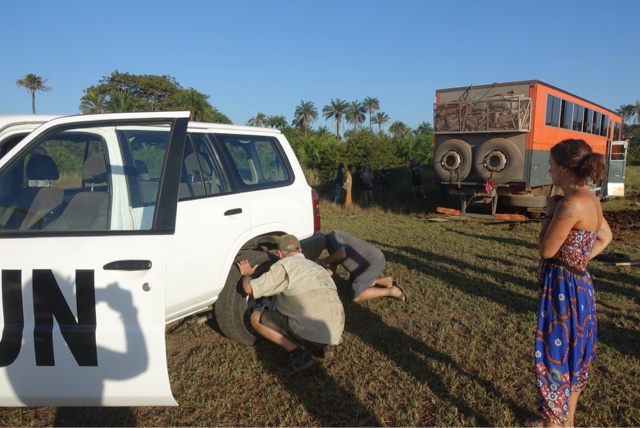 But it was impossible.  Meanwhile, a herd of cattle walked through.  We were after all in their territory- 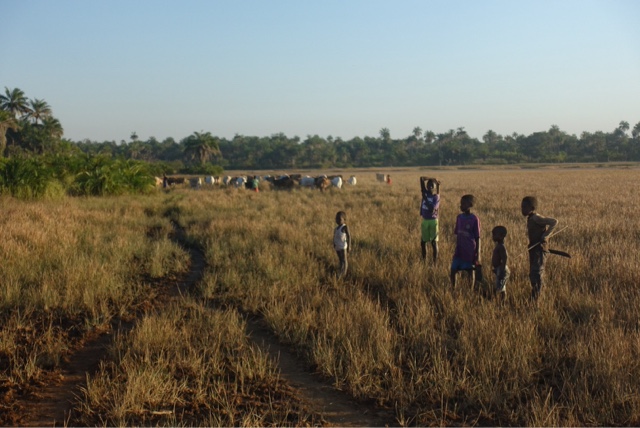 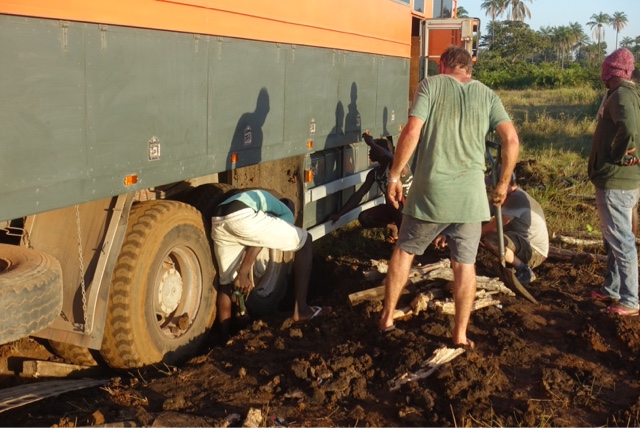 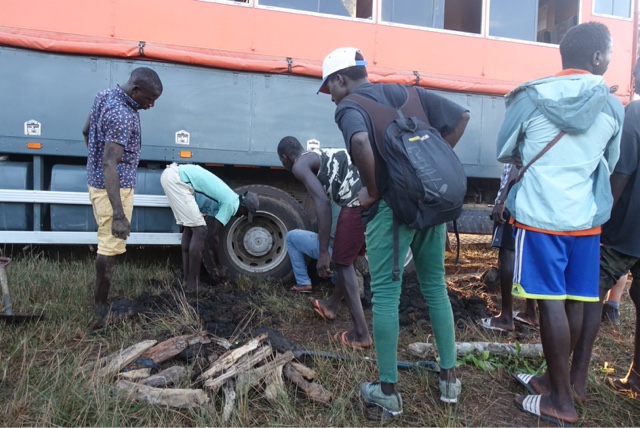 The sun was setting and we were gathering quite a crowd- 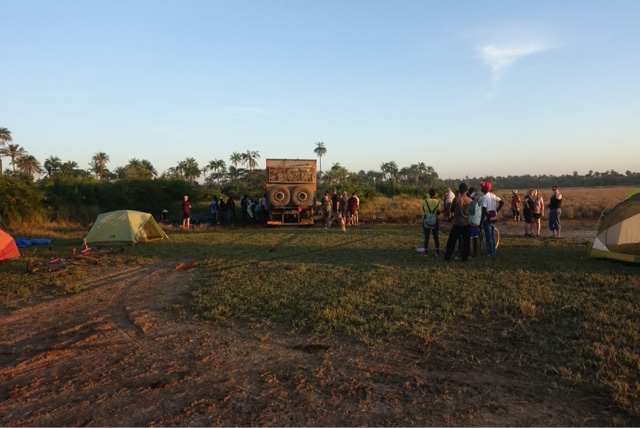 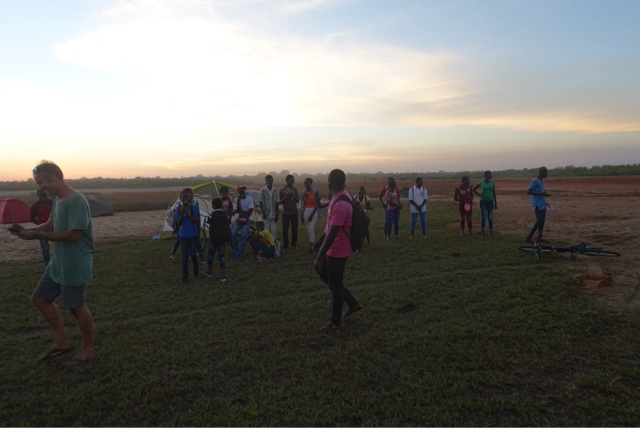 We had supper and then a tow truck showed up.  He pulled and pulled, taking a run at it with a steel cable- jerk, jerk.  He got stuck too and didn't budge the truck.  He also had a crane so decided to use a platform of logs to try to lift us out but that soon smashed.   I went to bed and hoped that when I woke up, the truck would be out.
P,S.- 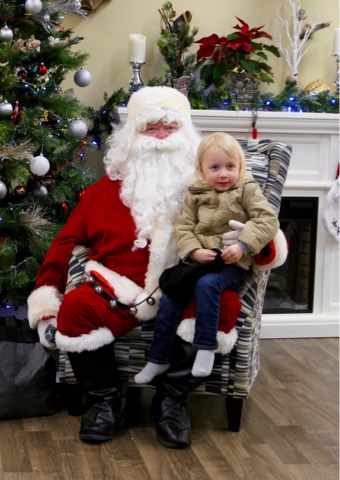