I enjoyed my room for the morning - reading and relaxing.  Then I decided to wander downtown to try and get a SIM card because the snappy woman that runs Tata Hotel doesn't seem to be able to supply Wifi, even though rooms cost $37/night which is expensive for Africa.  We had stopped at Orange, Guinee's major cell phone carrier, yesterday for Richard so I thought I could find it on my own.  I had to walk through the market to get there and surprisingly wasn't hassled.  However, kids are in awe when they see Portos - they call us that because of the Portuguese but that doesn't make sense because Guinée was a French colony.  Anyway, they stare and high five us, giggle or blush and turn away.  I don't think many tourists visit- 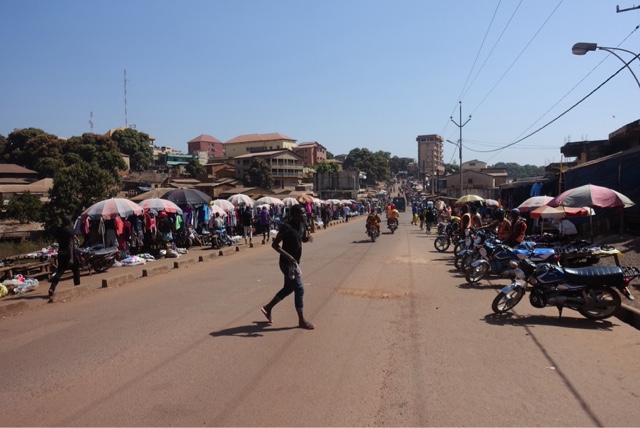 Upon entering the Orange store, I had to wash my hands in bleach water.  I like that because it helps keep things clean.  I waited about 15 minutes to be served and then had to wait an hour for my card to be activated.  It wouldn't work so I waited another hour and yah!  I've got a SIM card!  Walking home I happened by this huge plastic garbage pile that people were going through.  How gross is that- 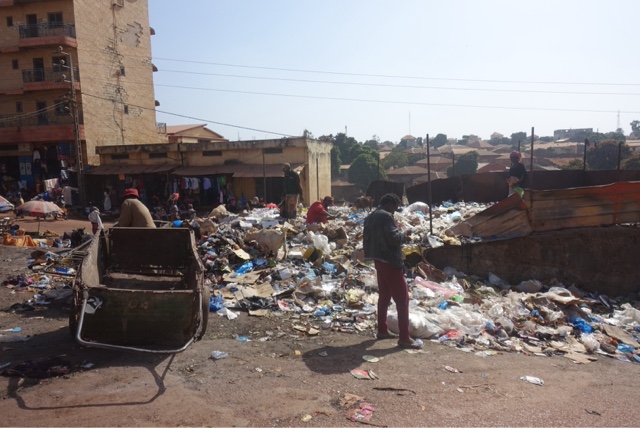 I stopped at a small booth for lunch.  I'm a bit turned off right now because of that rank so called monkey meat but ended up really enjoying atheiké which contains fargna as a base - it's sort of like couscous but is made from fermented cassava pulp topped with a boiled egg, sliced onion and tomato, dried fish and all covered with a spicy sauce.  It was very good and only cost 75 cents- 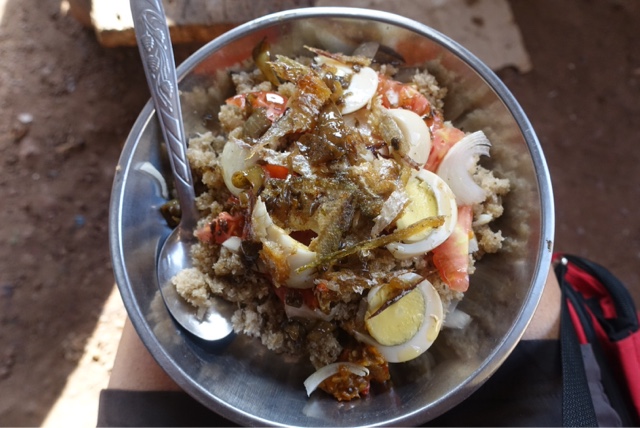 I wandered back to the campsite/hotel to enjoy my room for the last few hours.  We have a few bush camps coming up!
P.S. My cook group-  Terry and Norm- 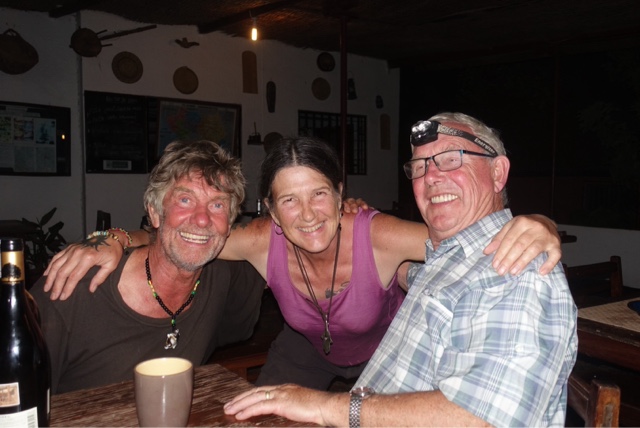 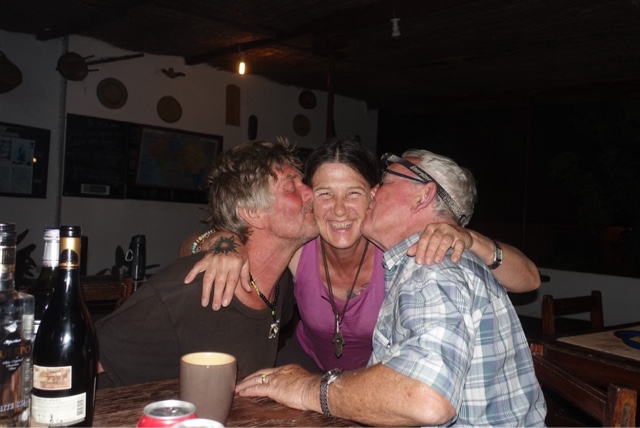