After breakfast, we headed for Palmarin which is south of Dakar.  Lac Rose is surrounded by piles of salt- 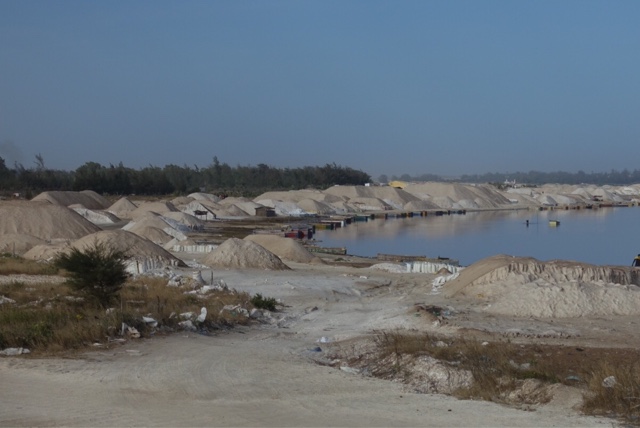 The further south we went, the more trees there were- 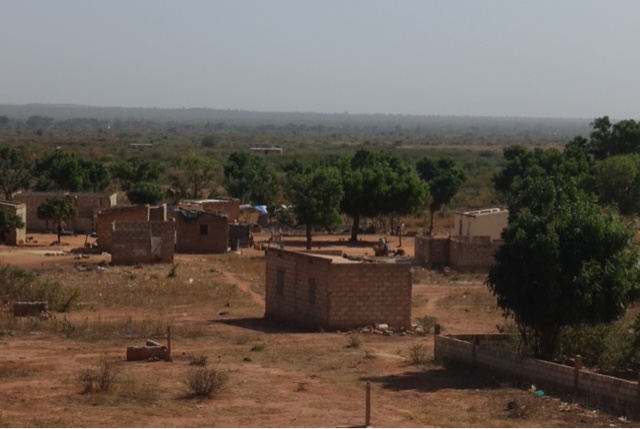 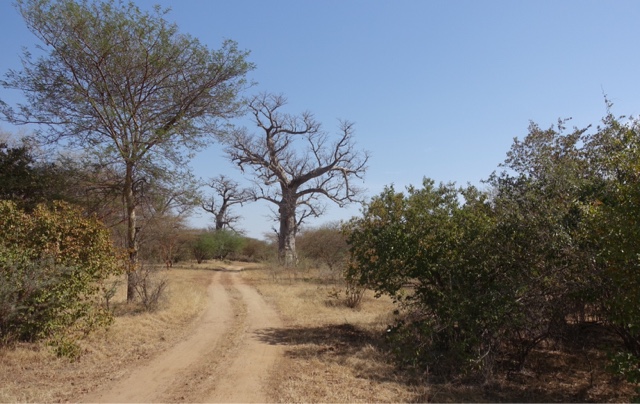 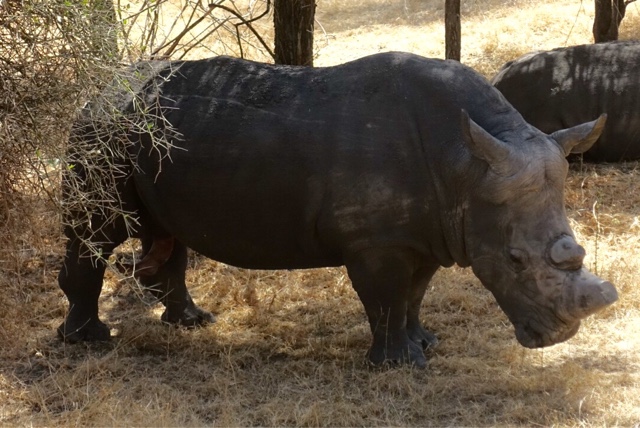 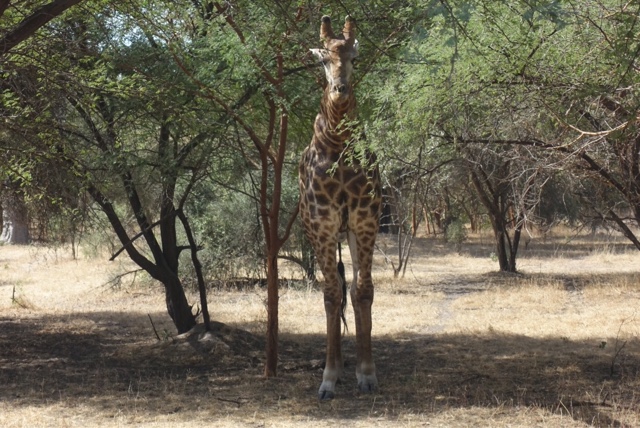 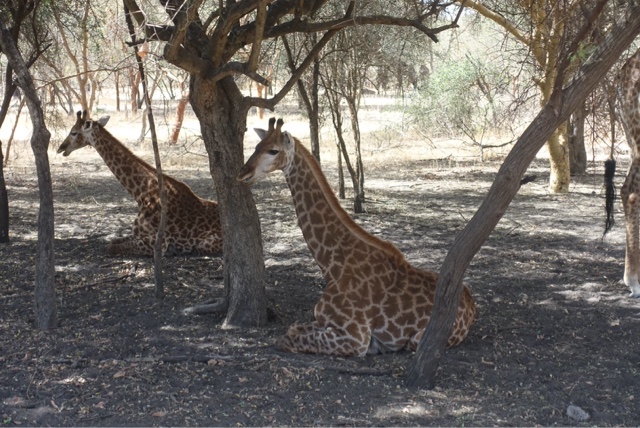 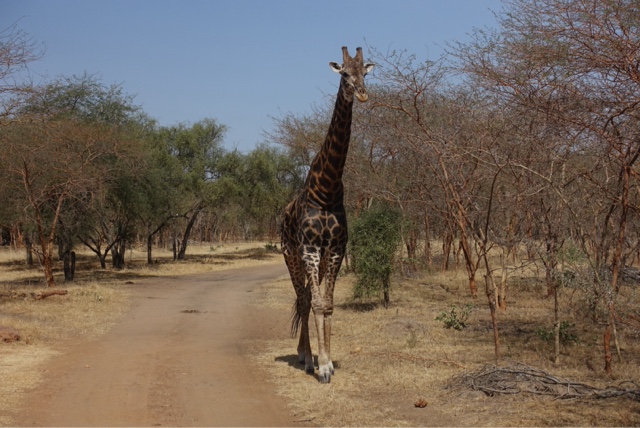 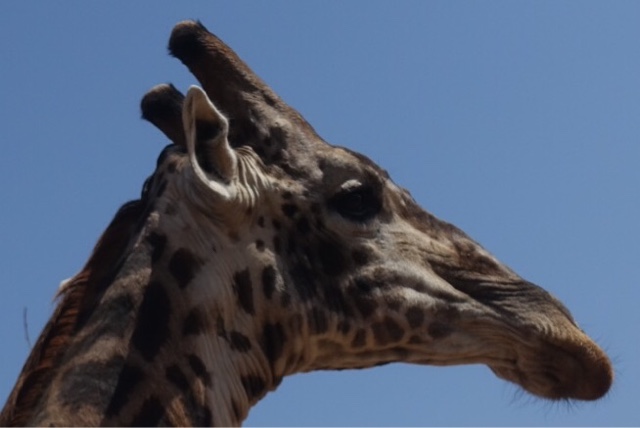 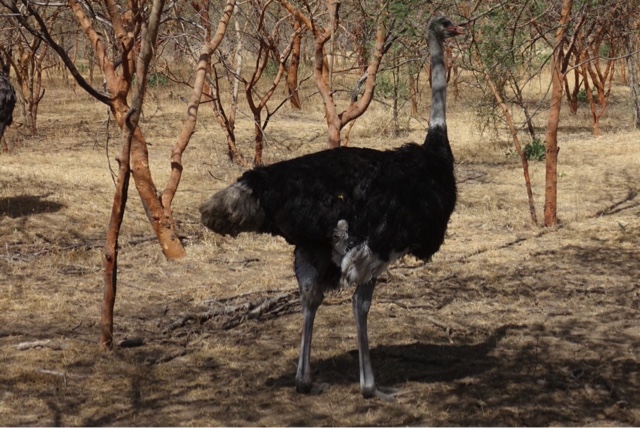 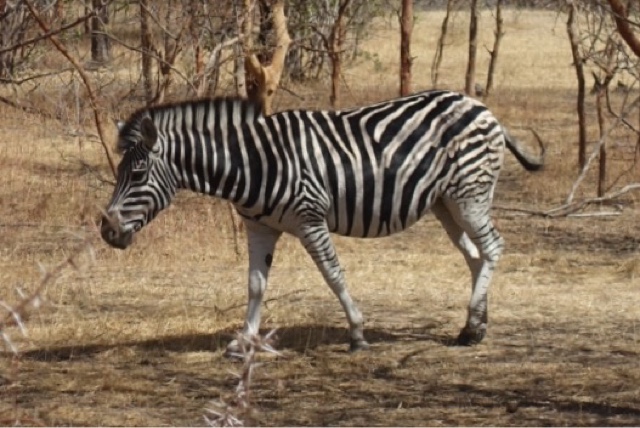 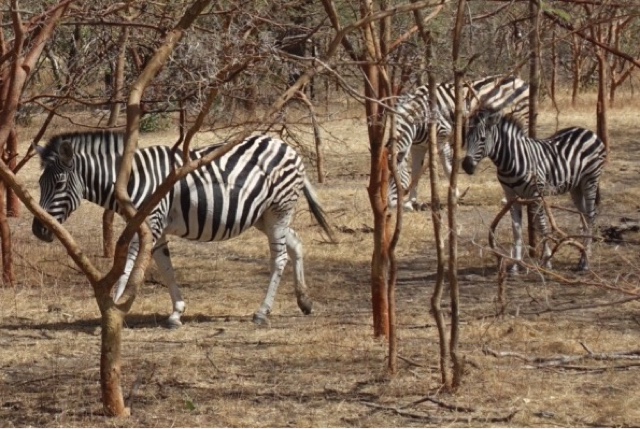 Many species of antelope- 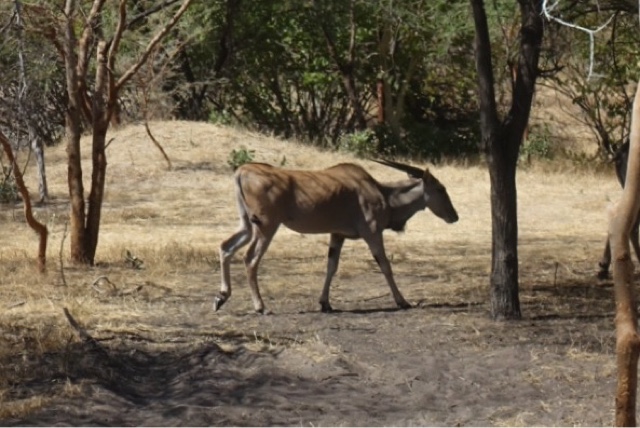 Including one that is almost extinct- 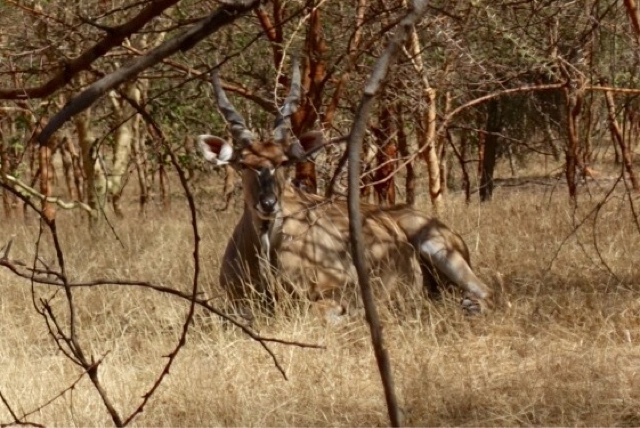 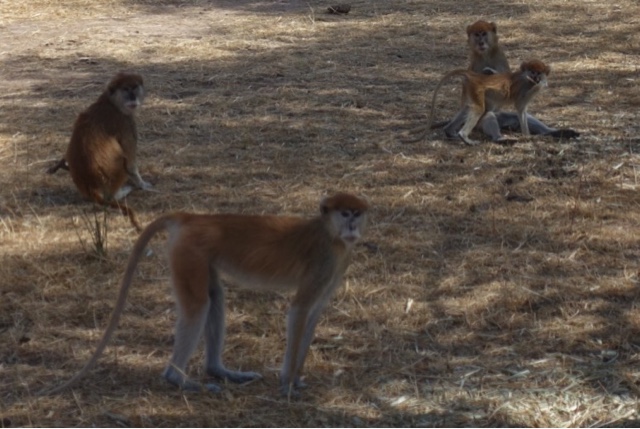 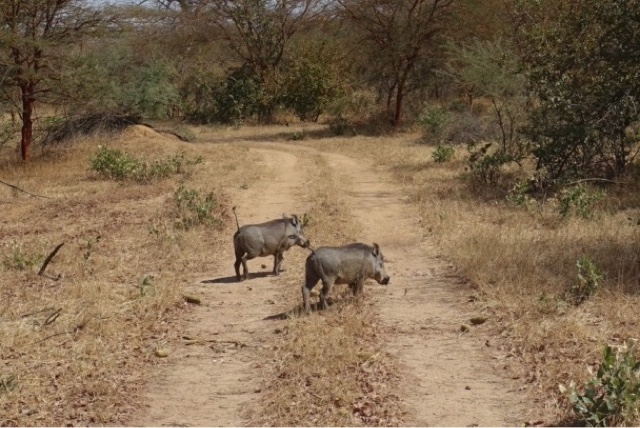 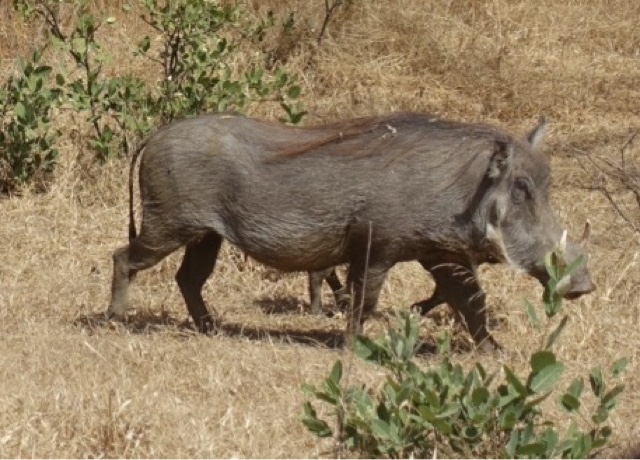 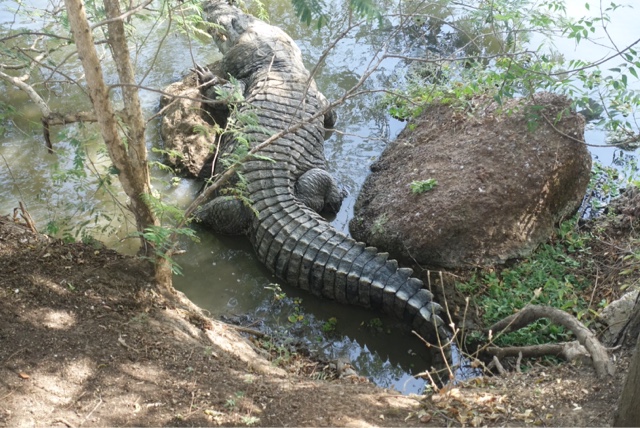 The only elephant we saw is this baobab- 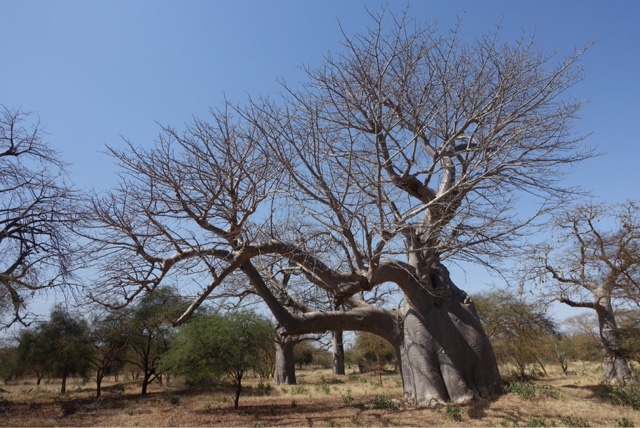 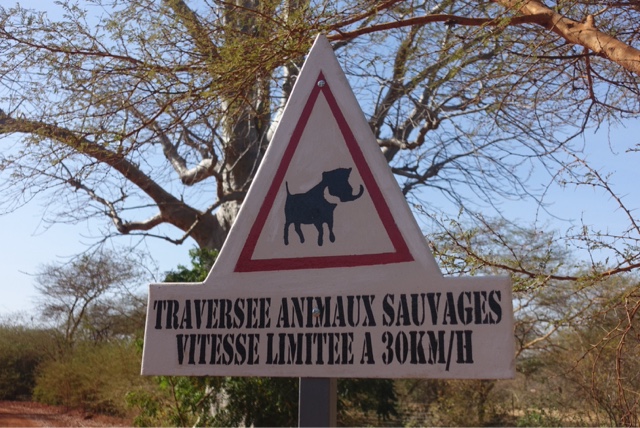 There are a few tribes in Senegal, one being the Wolof and the other Serére.  In the tribes there was a hierarchy of noblemen who owned land, professionals- doctors, pharmacists etc and griots who were the artists and musicians.  The griots were the lowest class and were buried underneath this huge baobab tree for 1300 years.   When Senegal declared independence in 1960, Senghor made it illegal to continue to bury them here- 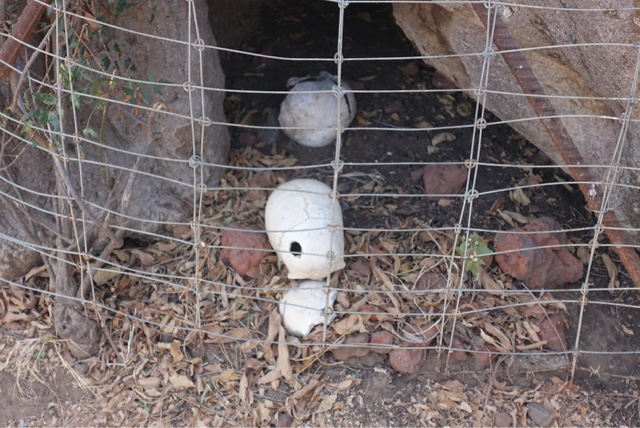 For lunch I had the best burger ever made from koba antelope.  After our safari and lunch, we walked back to the highway and stuck out our thumbs.  In no time a semi stopped and we hopped into the sleeper.  Rhona, Richard, Lauretta, Shelby and I were squished.  Brad sat between the driver and his friend- 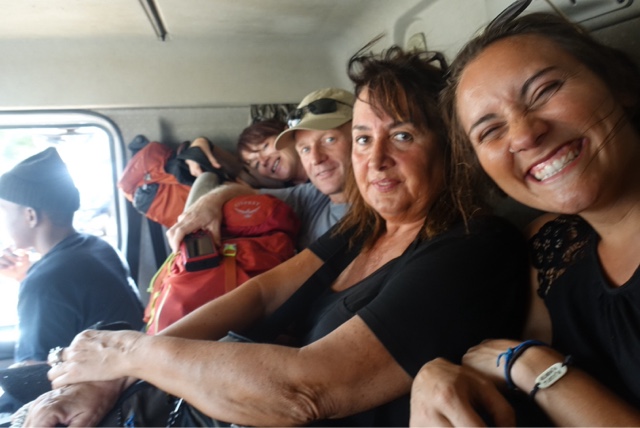 He took us to the next town, then arranged for his brother to take us to the camp where we arrived much earlier than we ever expected.  We're camping close to a beach for the next two nights and going on a boat trip tomorrow.  Looking forward to another great day!
P.S.- 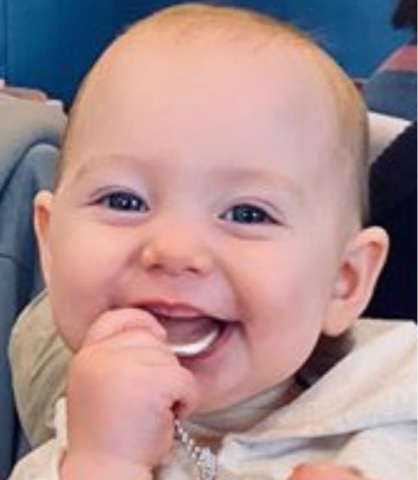