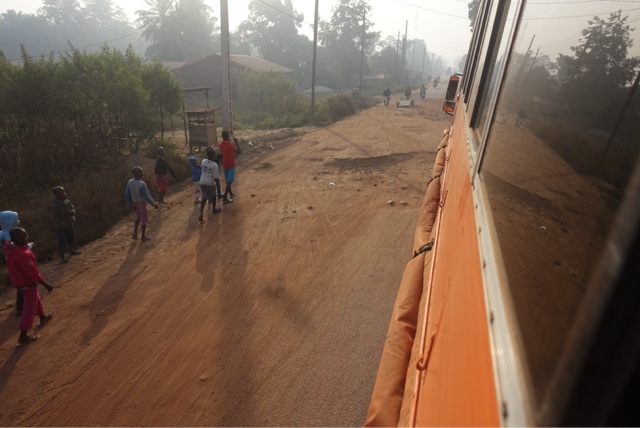 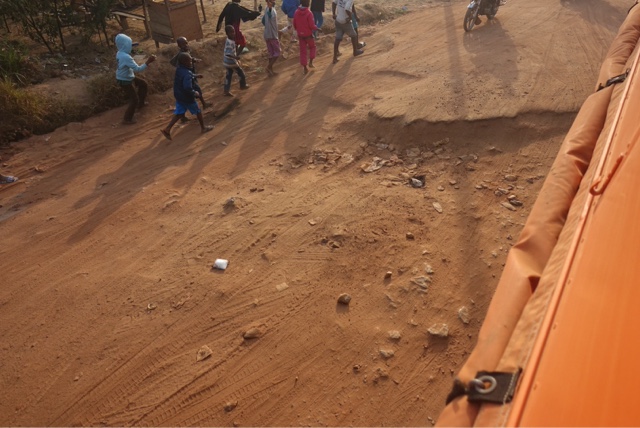 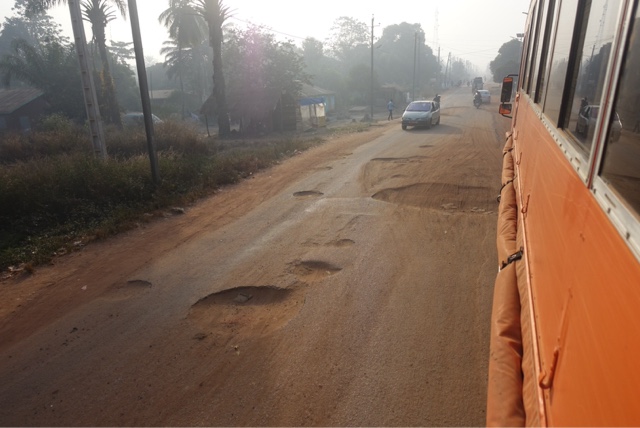 Sometimes we have to drive less than 10 km/ hour and sitting at the back, it's really rough!  There are fewer and fewer vehicles as we get closer to Sierra Leone- 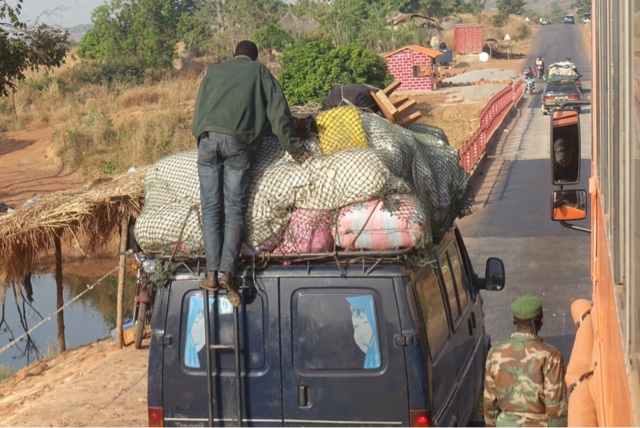 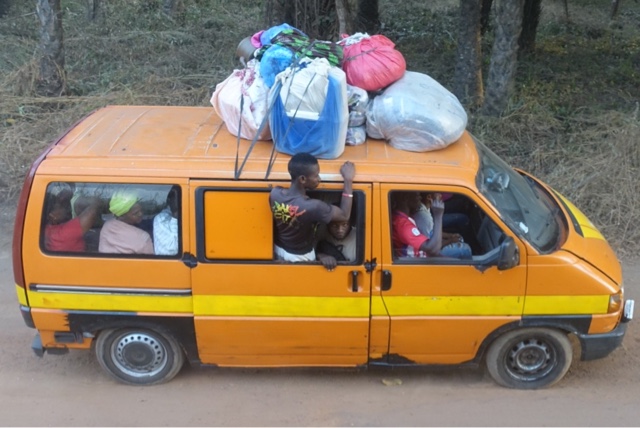 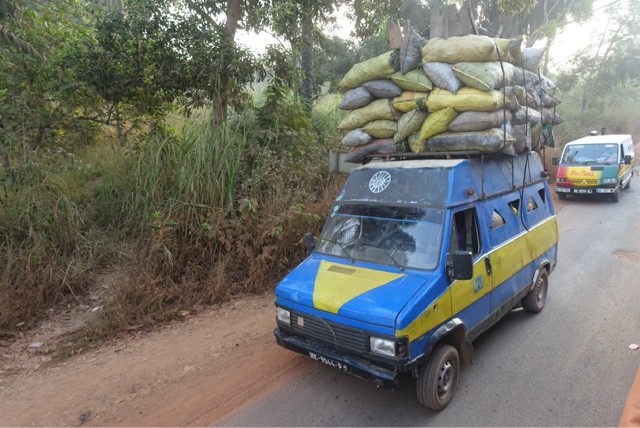 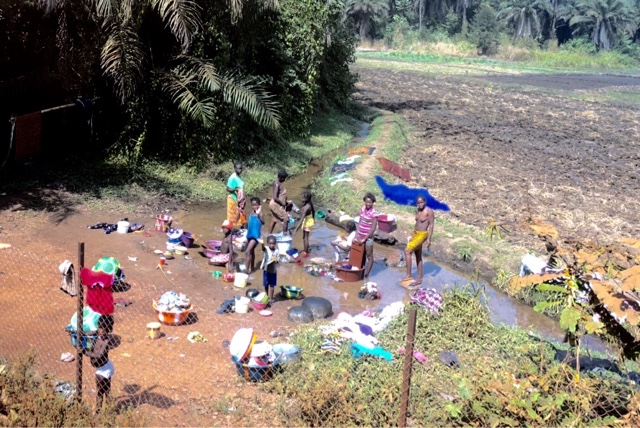 We crossed a narrow bridge over a lovely river- 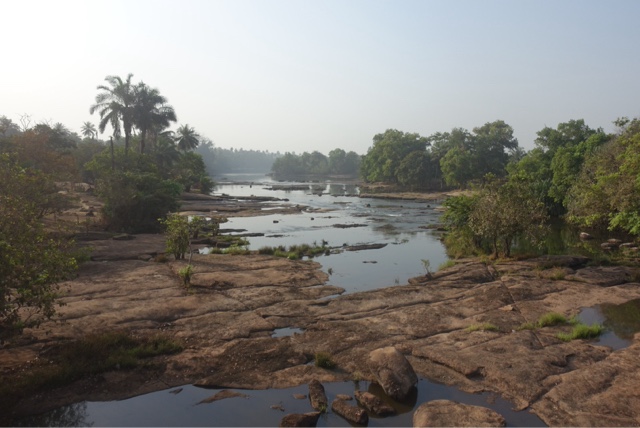 where they had a banana nursery- 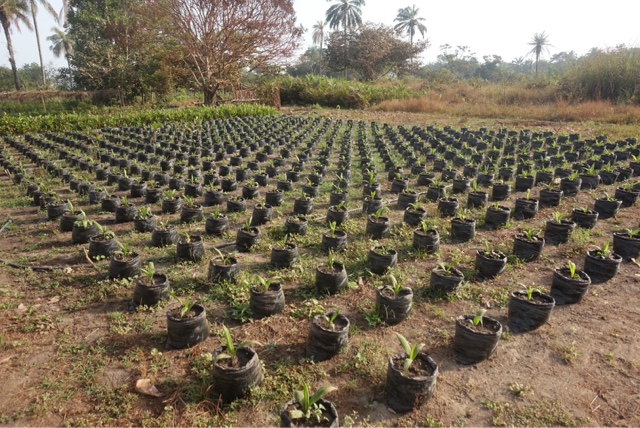 Thankfully it didn't take long to get through the borders.  The Guinée side uses computers, thanks to us- 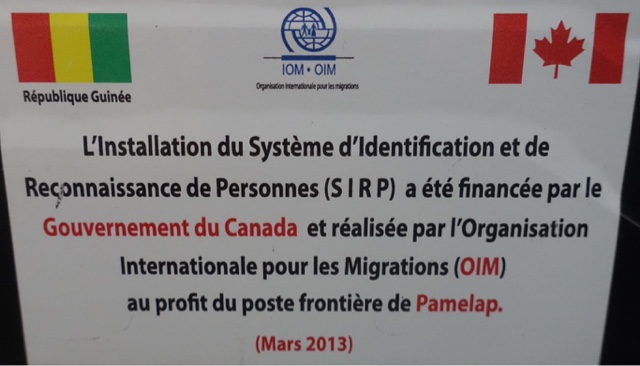 I wish the cooks in Lamé had seen this- 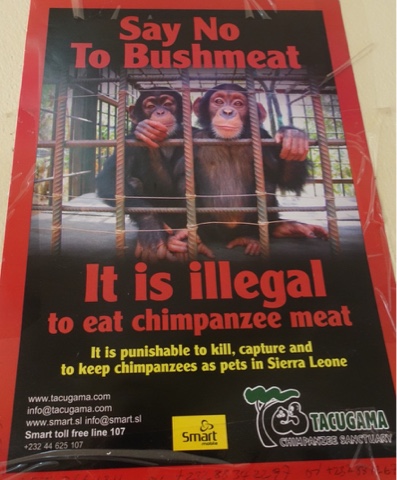 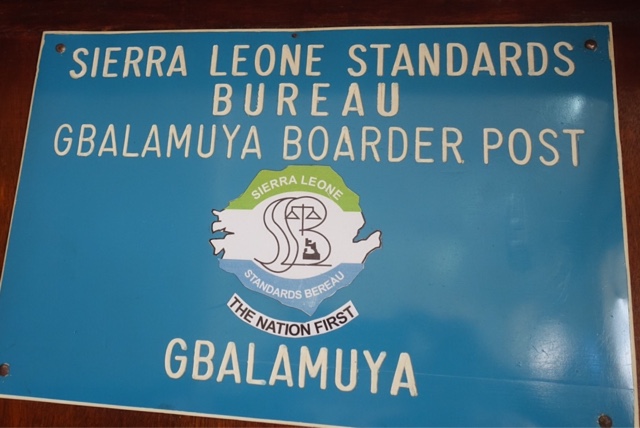 Sierra Leone had just finished a long civil war and then was hit with Ebola so its economy has taken a hit.  It is now Ebola free- 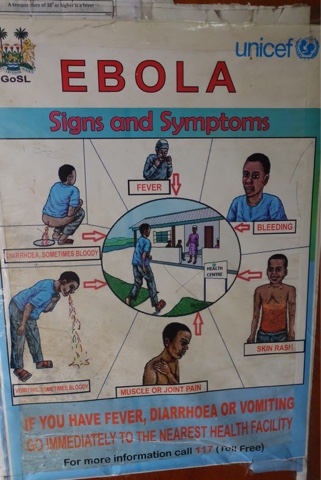 Sierra Leone is so different from Guinée.  There's more money so the roads are great.  They still burn lots but there was little garbage lying around.  It just feels easier- 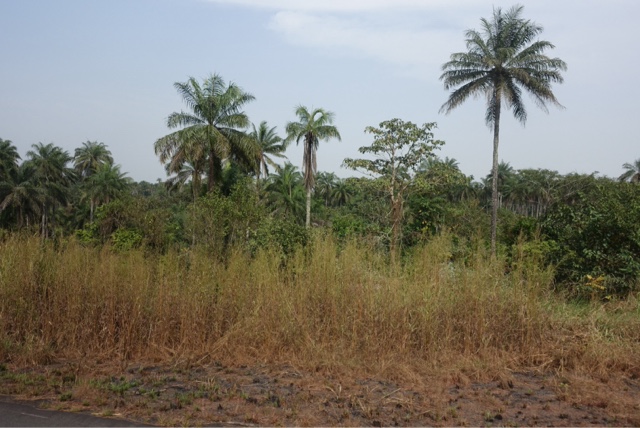 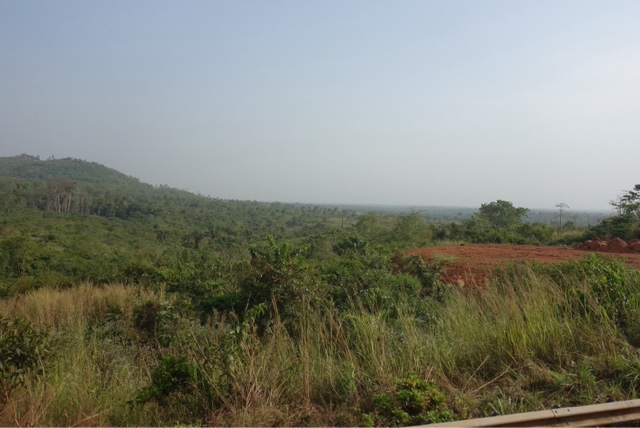 Quite a load bursting out of the back of a van- 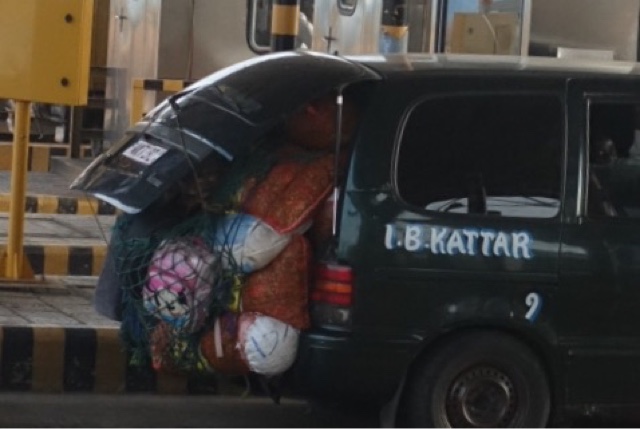 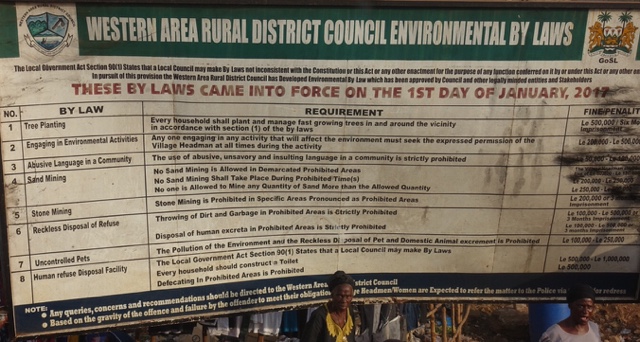 Markets are much the same: organized chaos- 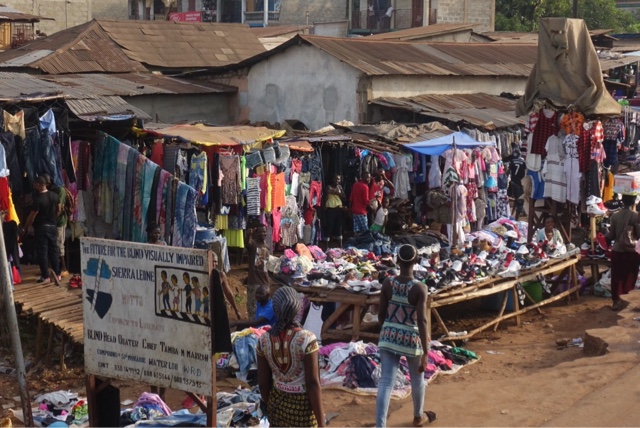 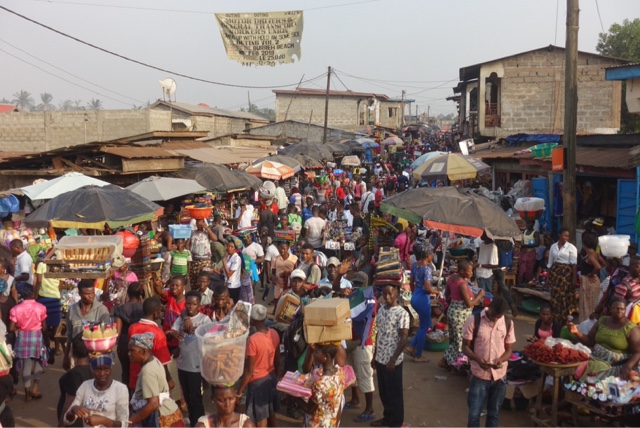 We pulled into a place right on Bureh Beach where it's the same price to camp or share a room, so guess where I am!  $30 US is expensive for no power during the day, no hot water, no bathroom door and a window screen that's broken.  TIA!  I'm looking forward to a few relaxing days on the beautiful sea!
P.S. 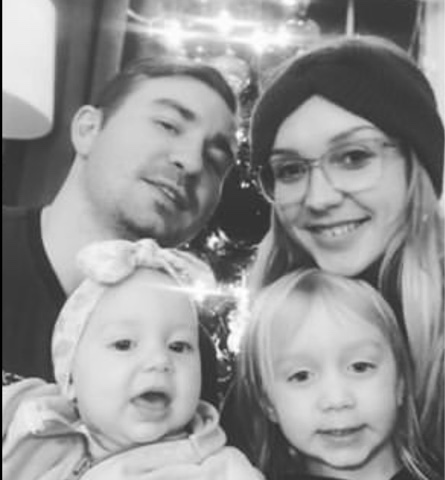