Nienke hired a van to take 19 of us to the Liberian embassy in Freetown.  African vans hold at least 20 but the same van in Canada would hold 12!  So, 15 of us fit in while 4 took a taxi.  Our driver seemed a bit stunned - he often stalled the van or jerked us around; it was like he didn't know how to shift and as it turns out, he didn't know how to put the van in low gear going down the hills so he didn't start the brakes on fire!  Up and down the hills we went and he seemed to be getting rather nervous.  When we smelled the brakes, we finally asked him if he had any.  He said yes but he was lying- 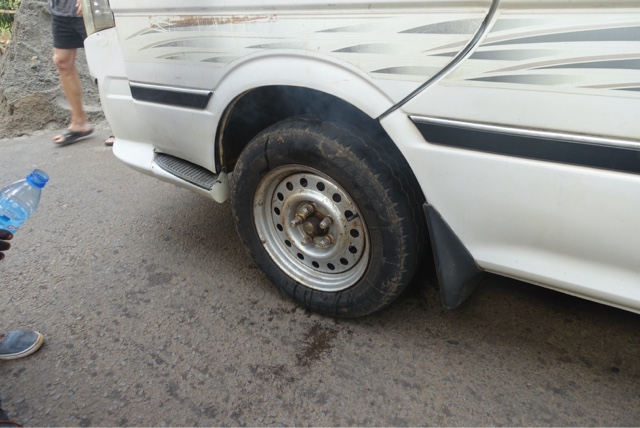 It was also kind of Iike he said he knew how to get to the Liberian embassy.  Because of detours; they recently had a major landslide, we ended up on a high hill in the middle of Freetown with no brakes!  We decided to walk to the bottom while he let the brakes cool.  There, we got in and had a safe ride to the embassy where we managed to get our visa in a short while!  Miracles do happen!  After, I went to a supermarket that had all kinds of things I'm used to and then for lunch.  Four of us caught a cab back to Bureh Beach that took 2.5 hours because of traffic.  Along the way, there are people everywhere and what is really fun is all the merchants that come right up to our windows.  Leanne needed a cord for her kindle and got one.  We needed water too.  I bought some toothpaste of all things!  Our driver bought fried plantains and because traffic kept inching along we did too.  The seller was balancing the basket on her head and had on heels so had a hard time keeping up.  He already had the plantains and I has holding the money out the window.  Eventually she caught us and took her cash- 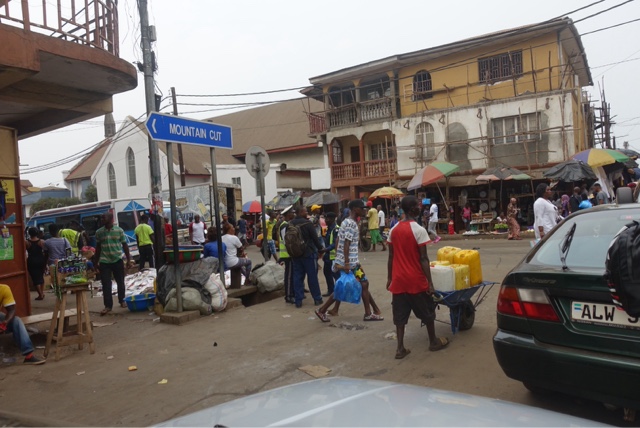 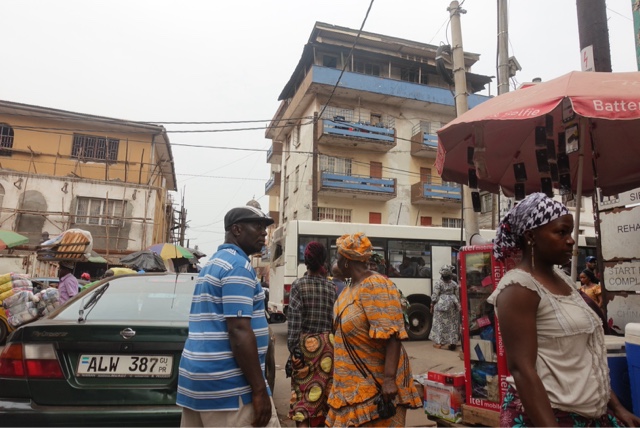 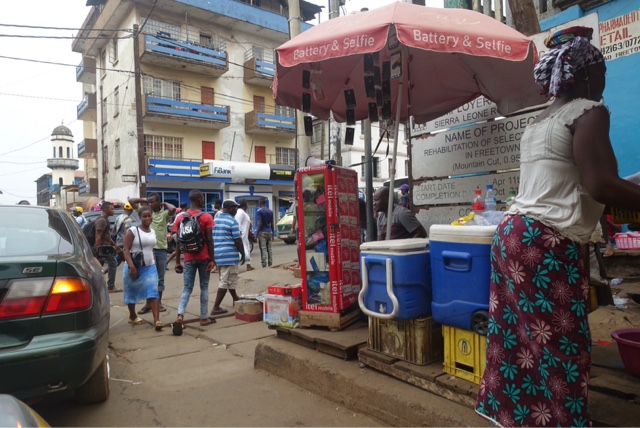 I wonder which shop is first best- 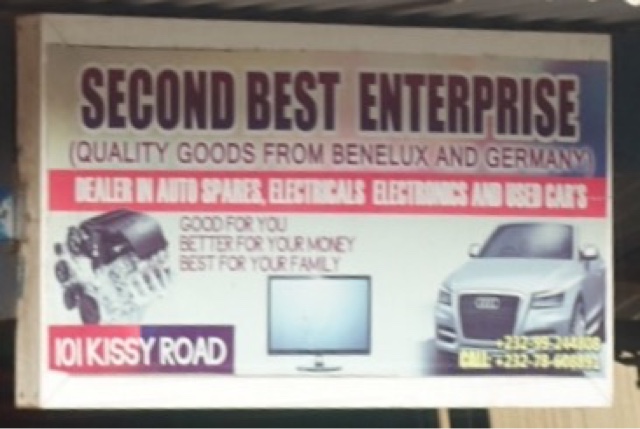 Our cabbie gave us a bit of a tour of the city and traffic was nuts so lt took a long time to get home.  We were luckier than others.  Not only did they have trouble getting into town but the radiator blew up in the van they were in so they had to walk and then catch motorcycle taxis home.  TIA is all I can say.
Once back, I had a swim and then met two new passengers: Dietmar and Martina from Germany.  We had a great New Year's Eve supper but I didn't make it past 11.  Happy 2019!
at December 31, 2018