We had an early start at 7 am.  Breakfast was from 6 to 6:30 and I woke up at 6.20!  Most of breakfast was put away and the water wasn't nearly warm enough for me to make my coffee.  Oh well.  We left on time for the Gambian border.
So far, Africa has been mostly the same:  tons of wrecky cars and people everywhere- 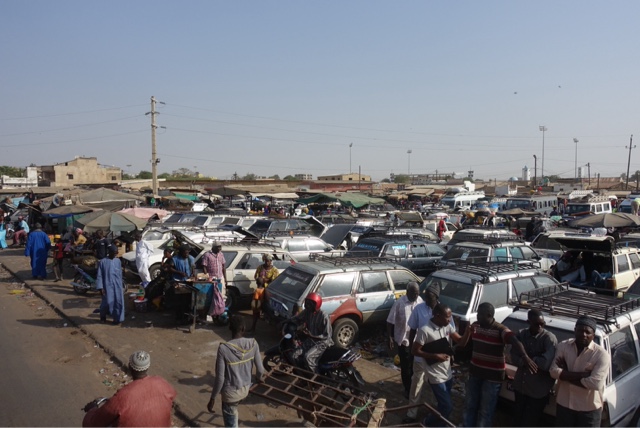 Once through the Senegalese and Gambian borders, which were relatively fast, we had to take a 20 minute ferry to Banjul.  As a Canadian, I had to pay $10 U.S. to get in- 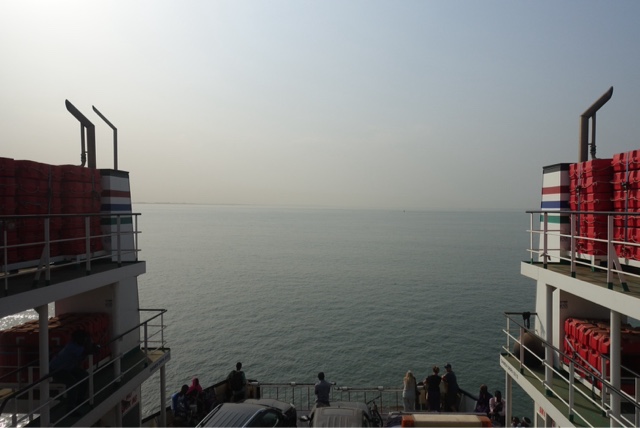 Banjul is a big port with container ships- 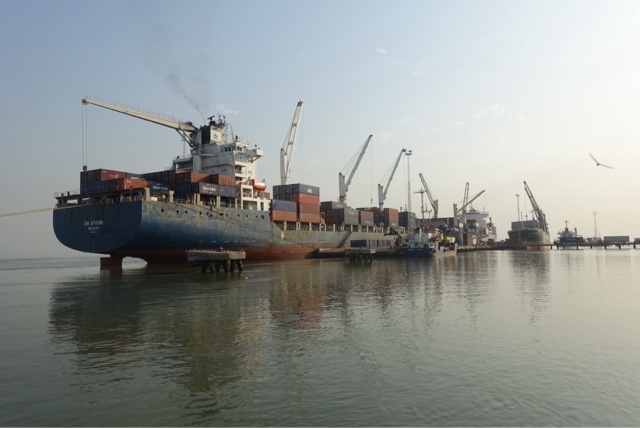 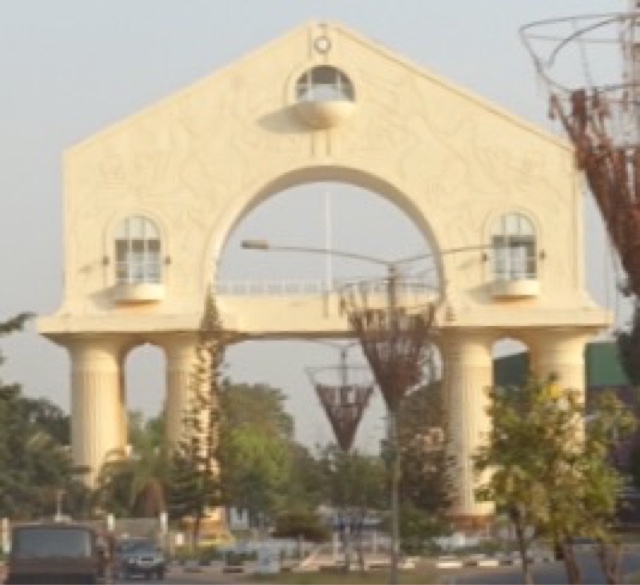 Carrying on, people were everywhere- 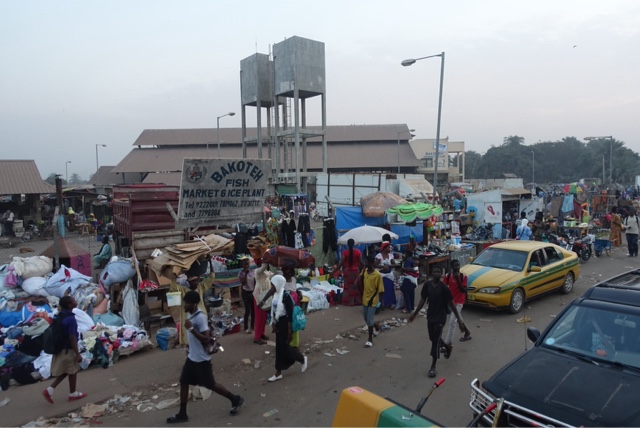 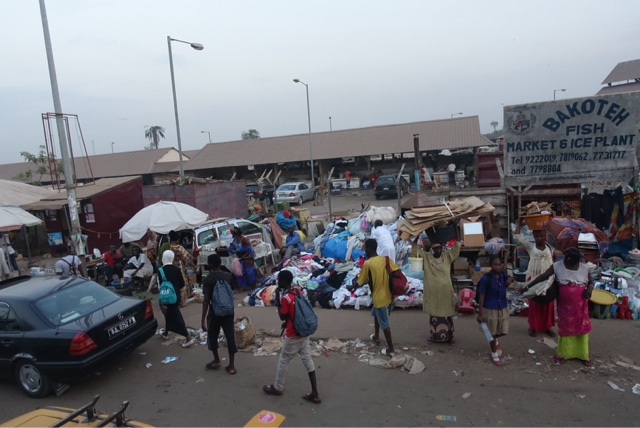 And the traffic was slow moving- 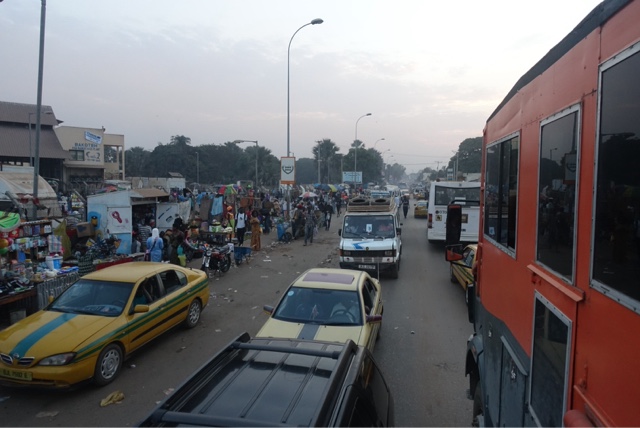 People are very friendly: waving and hollering hello.  At the border though, the young boys were a pain in the ass, holding out their hands, touching us and demanding money.  I bought some notebooks and quite a few pencils to give out but they probably took them back to the shops to exchange for money because they really wanted a soccer ball.
We drove into the night, searching for the campsite.  We get lost or seem to take the wrong roads just about every driving day.  Lots of us use maps.me and we are following the route.  There's usually quite a discussion when we veer from the path we think we should be taking.  Sometimes like tonight, the campsite is incorrectly marked and it then becomes very difficult, especially when it's dark.  Eventually, a local jumped in the cab and took us to the campsite.  Most of us upgraded for pretty cheap, then cook group made supper which wasn't ready until after 9.  I don't eat that late so went to bed without any.  I'm not hungry in the heat anyway.  We are here for at least 5 nights because we have a couple of visas to try to get: Liberia and Guinea Bissau.
at December 08, 2018