Middle of Nowhere to Bissau to Quinhamel, Guinée Bissau, December 18, 2018

Well, the truck was still stuck this morning so it was more digging- 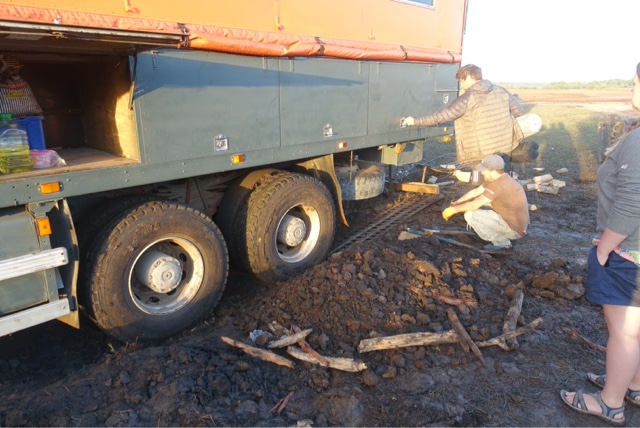 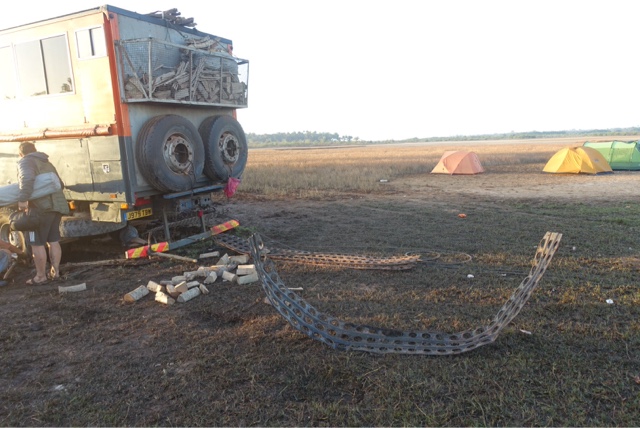 We were sent to pick stones- 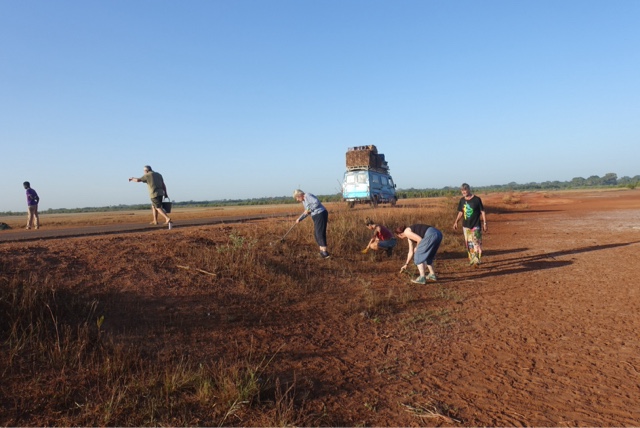 to put in the muddy trenches-- 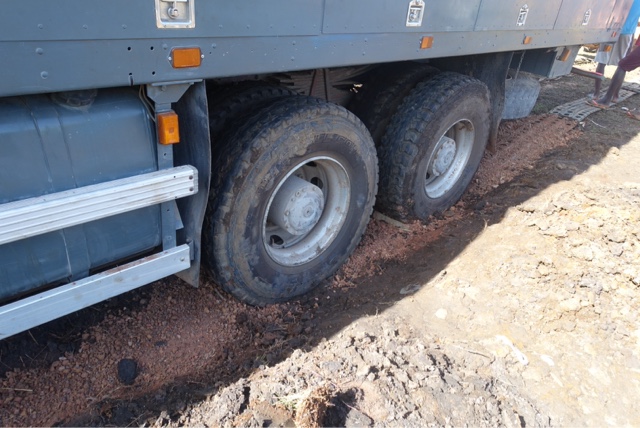 Nienke and Brad left to find a tractor and around 11, it arrived- 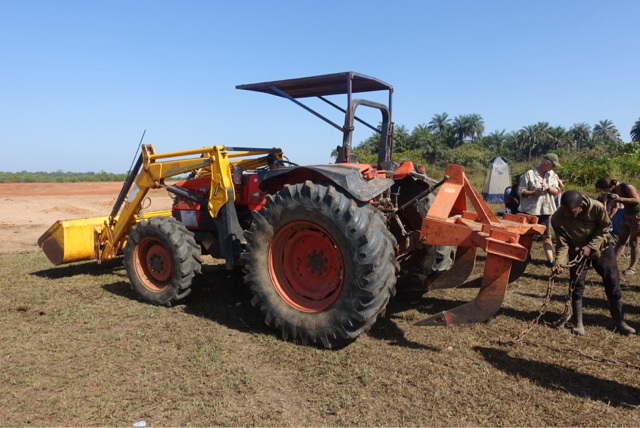 I thought no way is that rinky dink thing going to pull us out.  We had our fingers crossed- 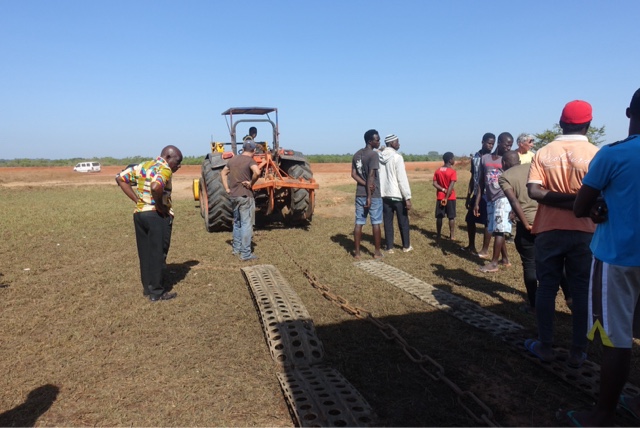 And voila!  What a great feeling! 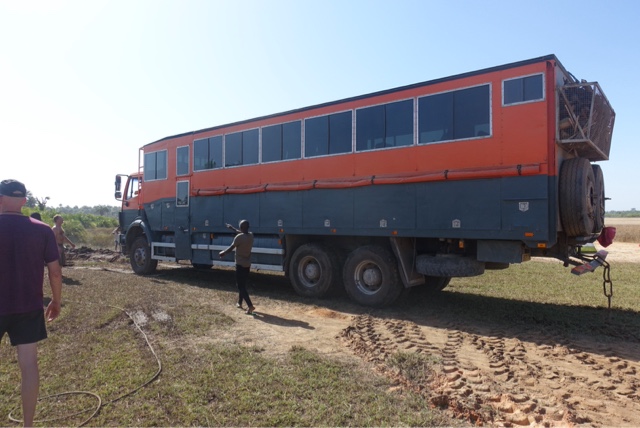 The mess we left- 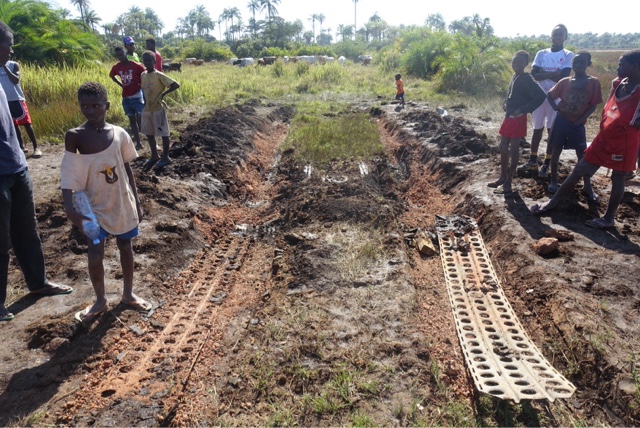 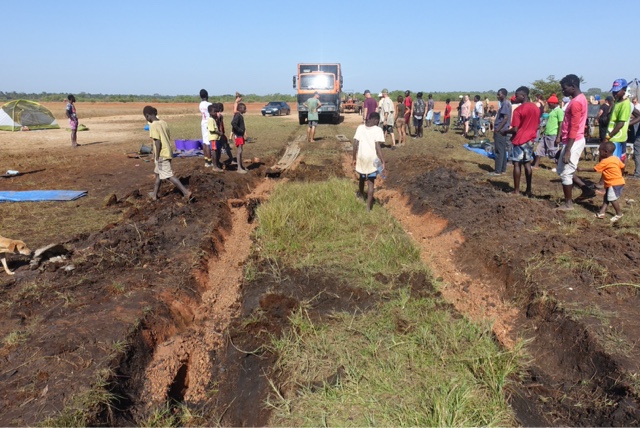 After getting all the gear on the truck, we headed for Bissau.
Along the way- 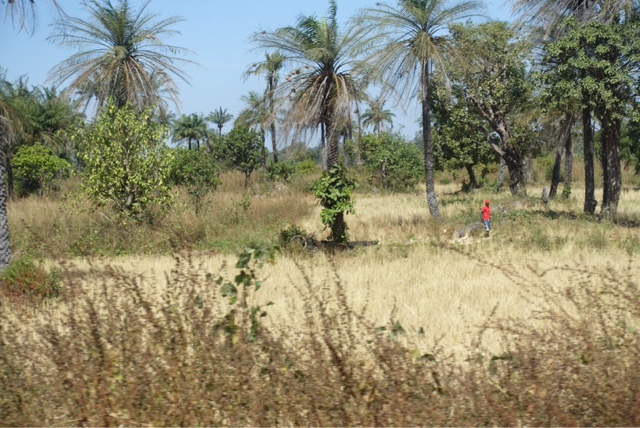 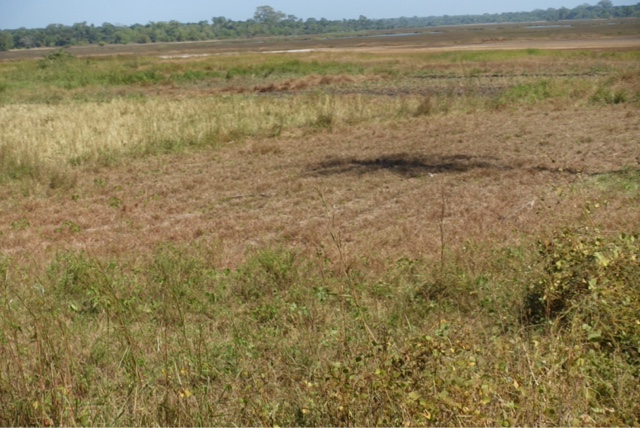 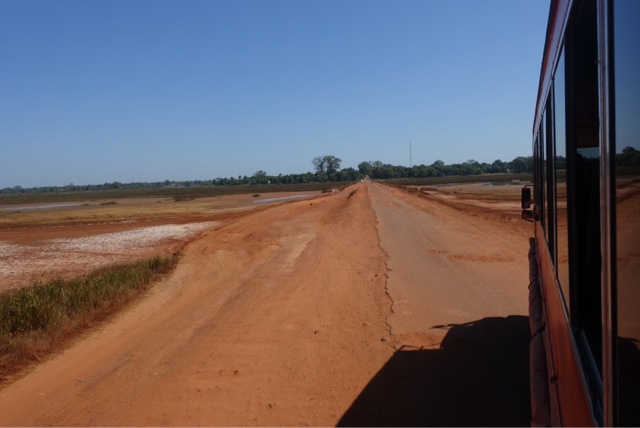 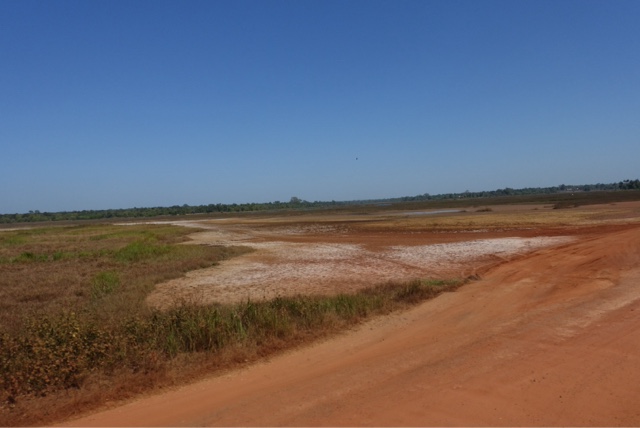 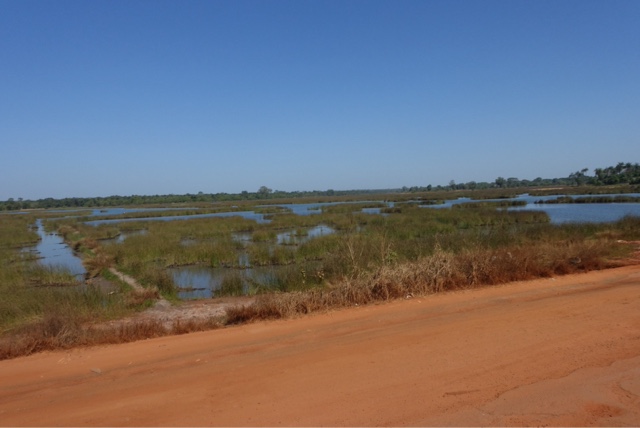 So far Guinée Bissau has a lot of swampy and low lying areas that fill during the rainy season.  Rice is grown and some was being harvested today.  The villages are all the same so far - many shops selling necessities.  We stopped in a town for lunch and I had potatoe salad:  potatoes, a tomato, onion, a boiled egg, evaporated milk, mayo and a banana!  I thought WTF but that little bit of sweet was awesome- 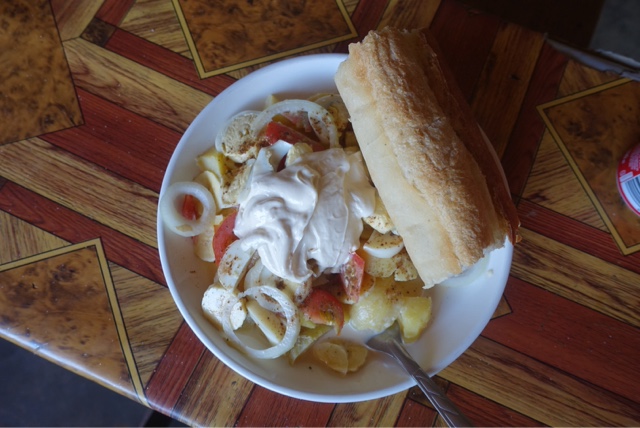 Once in Bissau, the first "campsite" wouldn't accept us so we had to go another 30 some km to a place that didn't want us either.  We ended up renting rooms - 5 in each for $120 US and they were shit.  Oh well, we had no choice.  They had a lovely pool so that made up for it.
Tomorrow, we have to go back into Bissau to get our Ivory Coast visas and hopefullly find cheap accommodation so we don't have to bushcamp.  The thing to do here is visit neighbouring islands but I'm on cook group in two more nights so that spoils that.  The islands are also supposed to be very expensive and for what?  More Western Africa?
P.S.- 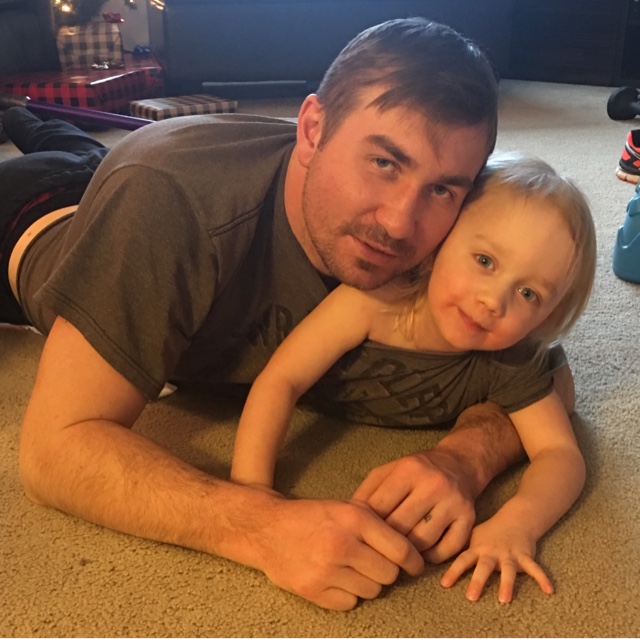