It's been five years today since I retired!  Wow!  Did that time fly by!
I had another lazy day but did manage to leave the AC for a couple of walks.  I only fell once - tripped on an uneven street and boom - I slid hands first into the red, dusty, gravelly street.  Luckily no injuries except for a few pitholes on my palm.  Have to stop dragging my feet!
There isn't a lot going on I Guinée Bissau and besides cashew production, the economy runs on international funding.  In spite of the poverty, people seem happy.  They are clean, social, well dressed and drive cars.  I haven't seen one mini bus and very few taxis.
Close to the hotel, there's a monument and square in front of the Presidentail Palace that has seen better days.  The gardens are dead and have turned to dust.  This morning a young man was preaching to someone in front while I attempted to walk in front of the Palace, not knowing what it was.  One of the two guards looked like he was reaching for his rifle and was waving no, no, no at me.  Guinée Bissau, being a ex-Portuguese colony, has made it difficult for me to communicate and I don't like that.  It's really interesting how nearly right at the border the languages change.  There is very little overlap- 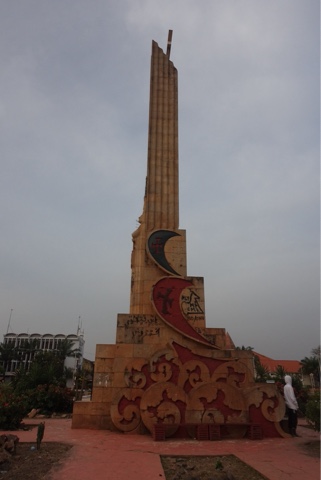 I stopped at a hole in the wall for breakfast:  macaroni, a few chunks of sheep bone and gristle, a dab of mayo and great bread.  It cost $1.18- 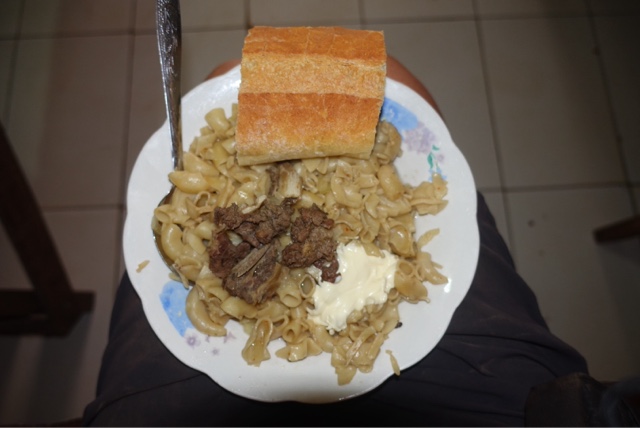 Christmas is coming and this fellow not only had this skinny tree for sale, he also was selling electric mini lights- 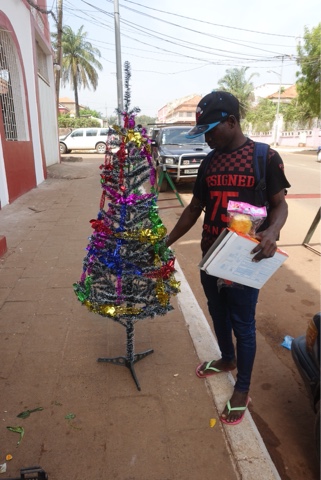 I stopped at one restaurant for lunch - I really didn't do anything today but eat, but they wanted $11.77 for this so I found another local spot and paid $1.77 instead.  They sure know how to cook rice - it's not mushy or gooey - kind of firm and with the sauce they spoon on, it's delicious.  I had a chicken leg, one small oven roasted potatoe and three dollops of green.  One was really hot and spicy, another was medium piquante and the largest one was mucousy.  It really grossed me out- 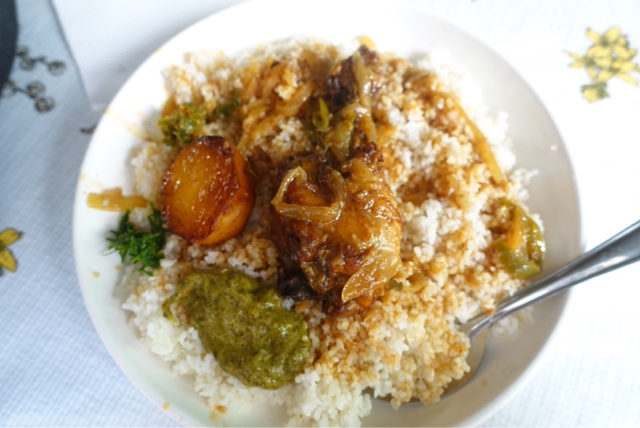 I'm on cook group in two days so spent a bit of time going from shop to shop accumulating groceries. Then I wandered to the port where the tide was out but that didn't stop sailors from loading their boat in preparation for its next trip- 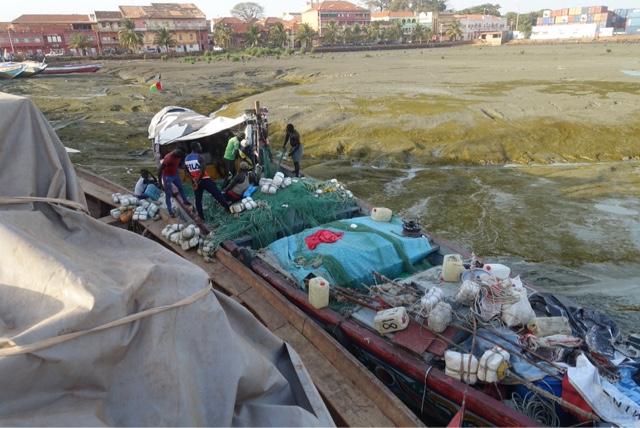 Nearby is Bissau Velho, or old Colonial Bissau.  It's quite a mess now but if you don't look too closely, it's easy enough to imagine the good old days.  This would have been quite the place- 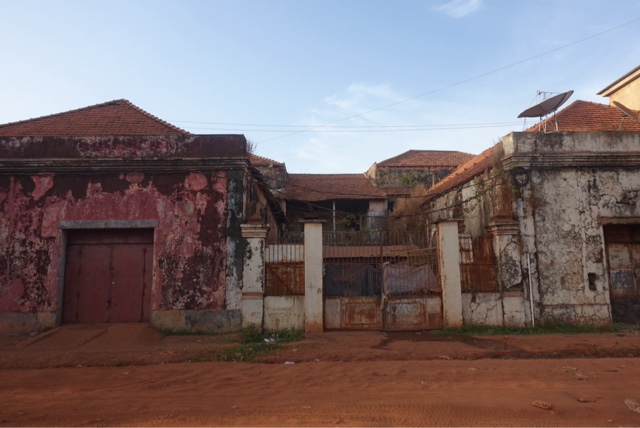 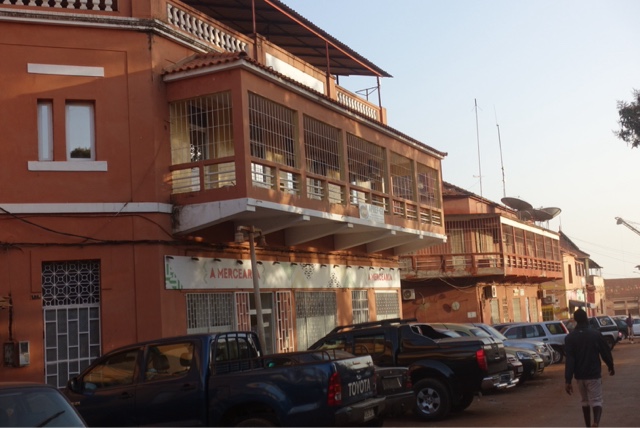 There are so many containers stacked beside the sea.  I wonder if they are full and where they're going.  I also wonder if they make it to where they are supposed to go or if they fall off the ship and sink or float in the ocean- 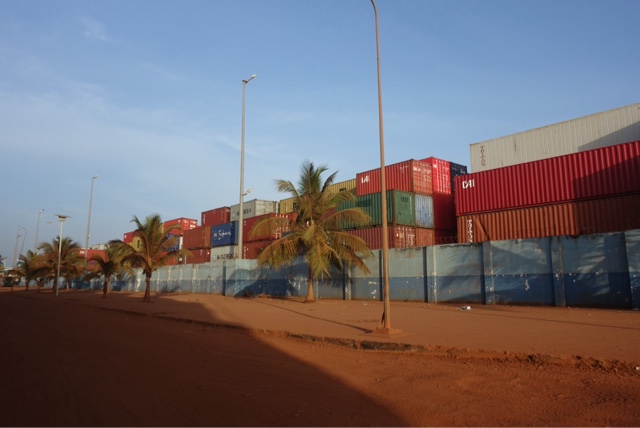 I've had enough of the hotel life and am ready to get on the road.  Tomorrow we head towards the Guinée border but due to horrible roads, we wont likely have enough time to cross so we will be bushcamping nearby.  Curious about what's next!
P.S.- 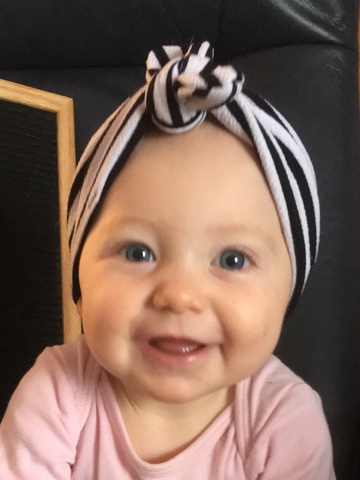