We had another drive day- 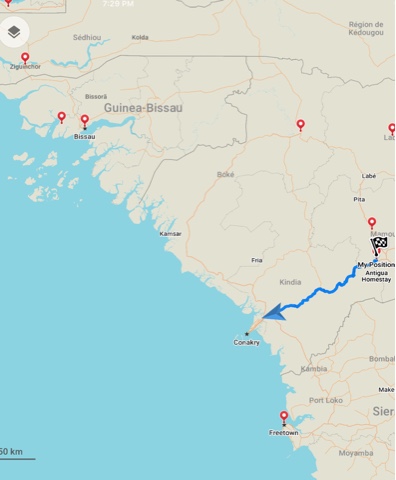 making our way to Sierra Leone on rough roads.  Along the way, it's hilly and dry- 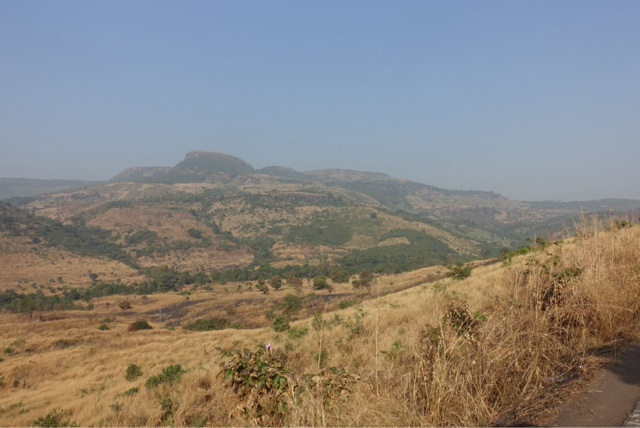 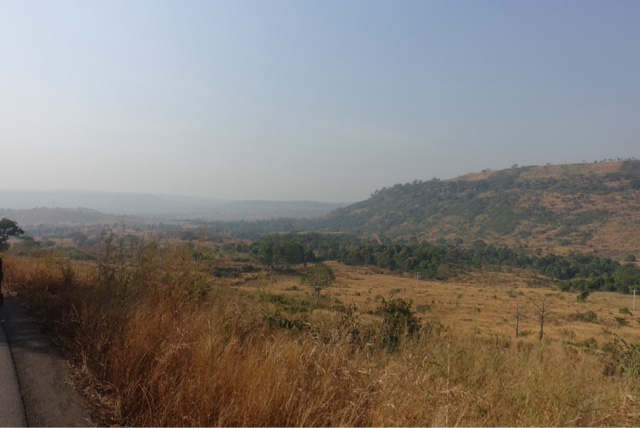 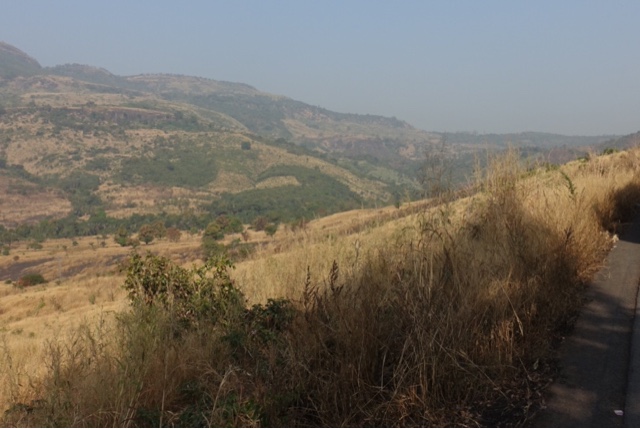 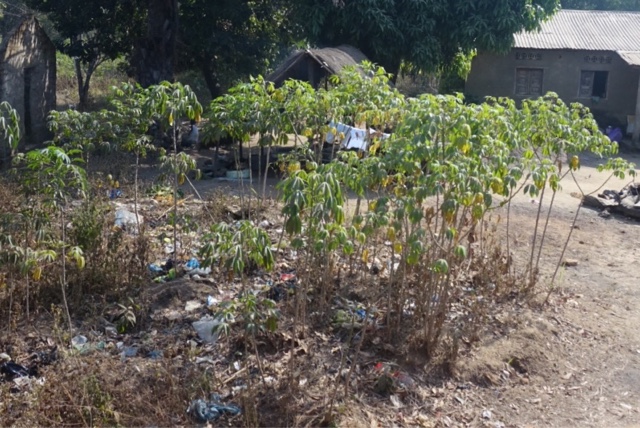 We stopped at a lovely waterfall- 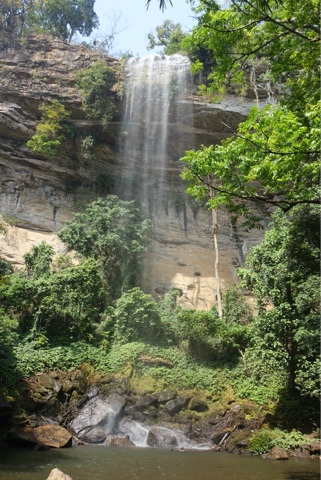 And some went swimming- 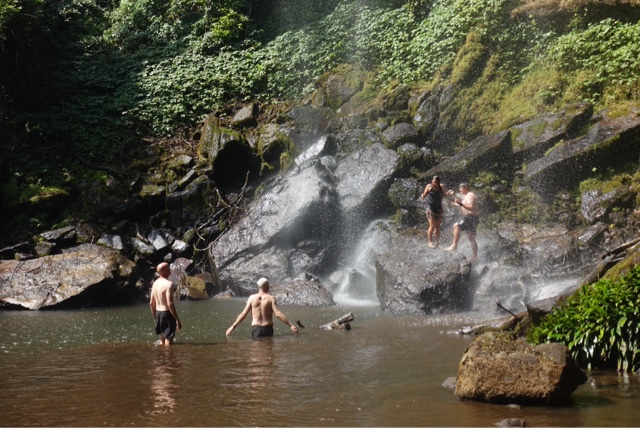 Lunch was at a village where we also had to cook shop.  Unfortunately no cabbage was available so we had to settle for tiny tomatoes and cucumbers.  Hope it lasts a couple of days in the fridge.  For lunch I had an omelette that cost $1.19.  I tipped the eight year old boy about 30 cents.  When I put it in his hand, he just stared at me and finally whispered "Merci!" with a huge grin.
We carried on and found a spot to camp at the base of a bridge.  I'm the translator so I asked a man sitting around, they are often just sitting around, to ask for permission to camp from the chief of the village.  He said he was in the mosque and took off running to get him.  Fifteen minutes later, two men arrived and gave us permission.  We set up our tents and kitchen and along came the "mayor".  He said we had to pay to stay and started at $3500 US! for the night!  We eventually negotiated $50, took his name and licence plate number and away he went.  He couldn't guarantee our security but was going to let the military know that we are here.  We thought we'd jumped through all the proper hoops but apparently not.  I'm hoping for a good sleep without interruption but the bridge is busy with semis and might be all night!!  Tomorrow, we'll cross the border and hopefully make it to near Freetown, Sierra Leone.
P.S.- 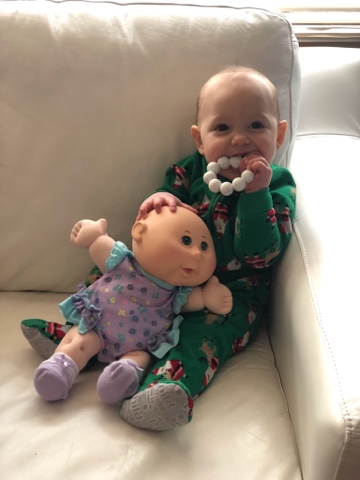