My sleep was good even though last night we could hear someone either above us or beside us squeaking in the tub and then this morning taking a shower.  I think they built the monastery with very thin walls so the nuns had to behave!  Breakfast was leftovers from the communal supper last night so there was a lot of cheese and meat.  That keeps me full and it was a good thing because the first town was 10 km away-

I walked 17.8 km and it was okay.  The ball on my left foot hurts when I land on a rock and there were a few on the path.  I put ibuprofen lotion on it as well as on my legs and that helped.  I seemed to have a few leg aches and pains today.
My intention for the day was to be careful of first impressions.  Lots of what one reads stresses the importance of making a good first impression, but if we are making a decision about someone on first meeting them, we are really judging and how can we know someone well enough after a first meeting?  I met a woman awhile ago and after a few minutes, I didn’t want to spend anymore time with her.  However, I keep running into her and I really enjoy her now.  So, from now on, I’m working on first, second and even third impressions before making a decision.
Along the way- 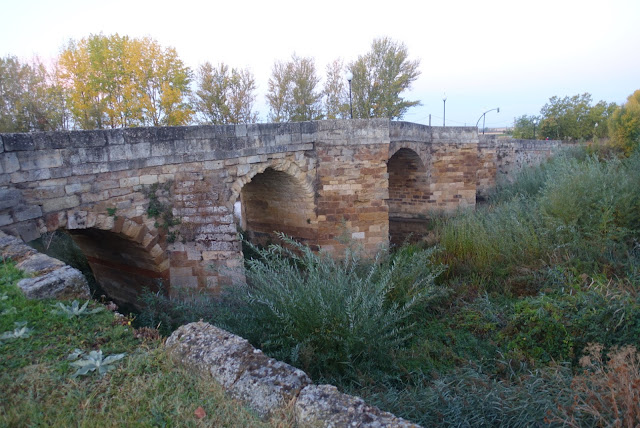 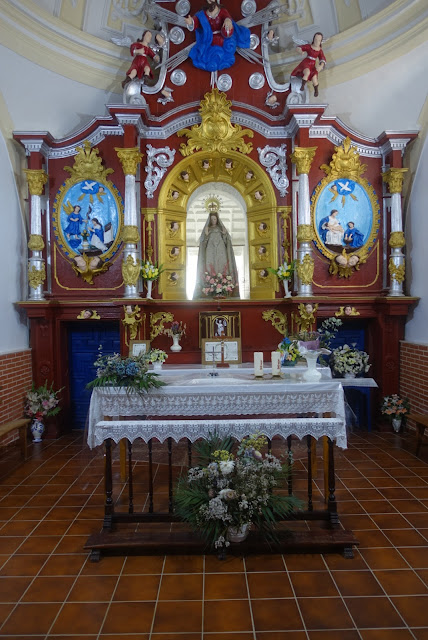 Where I stopped for a café Americano, actually two, they had some very nice paintings decorating the hostal walls- 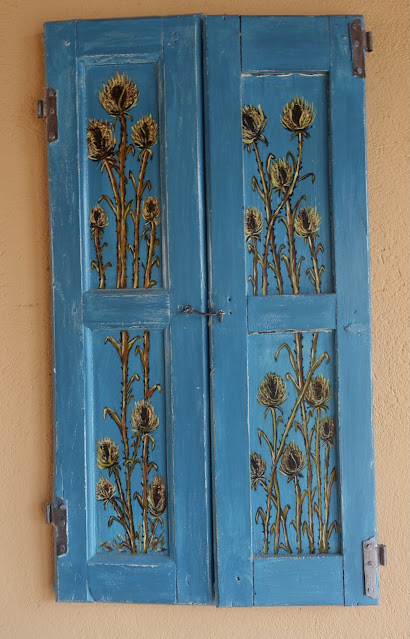 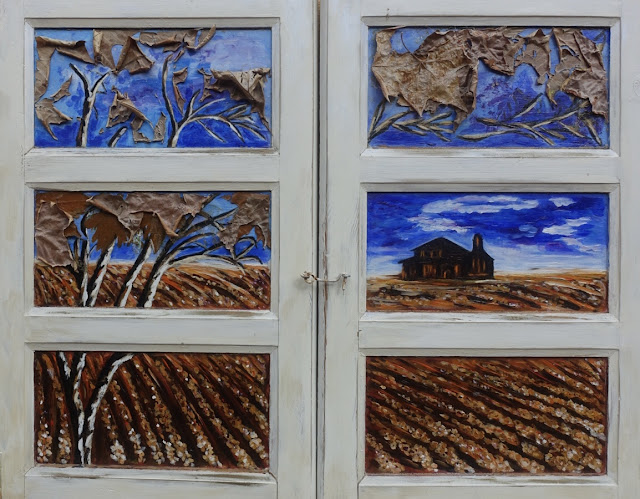 The walk was kind of boring but I saw the first fields of corn.  Some had been harvested and others not- 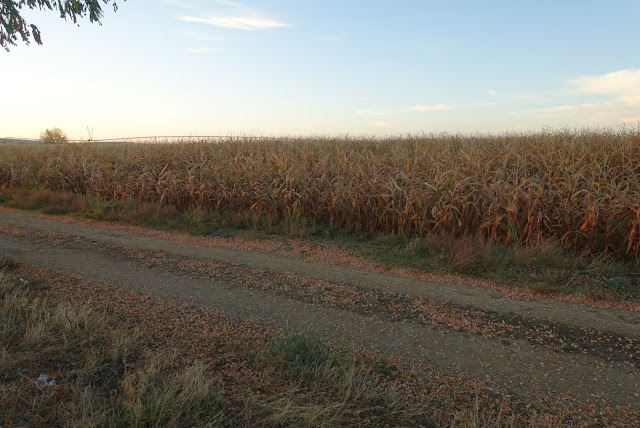 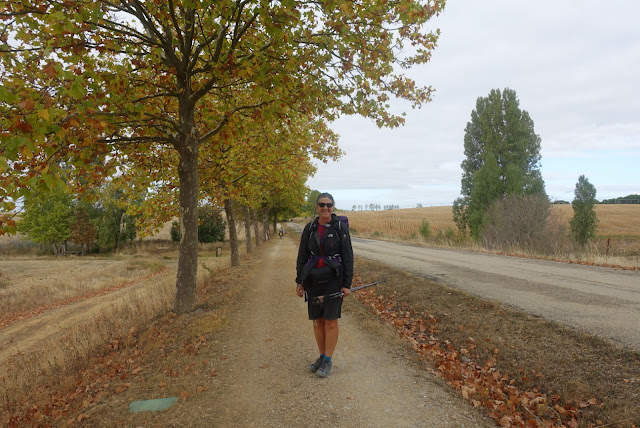 Our albergue, La Laguna, in El Burgo Ranero is like a cheap North American motel- 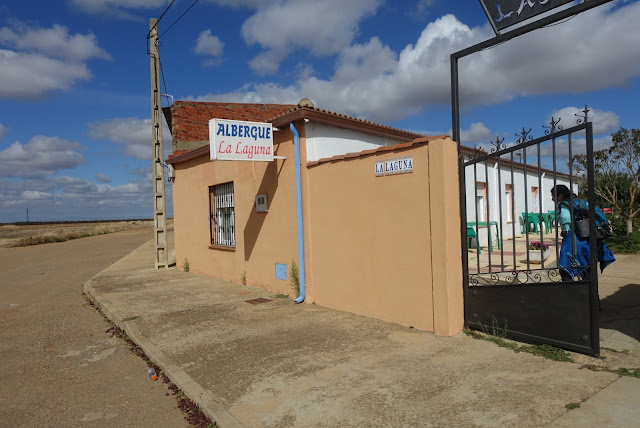 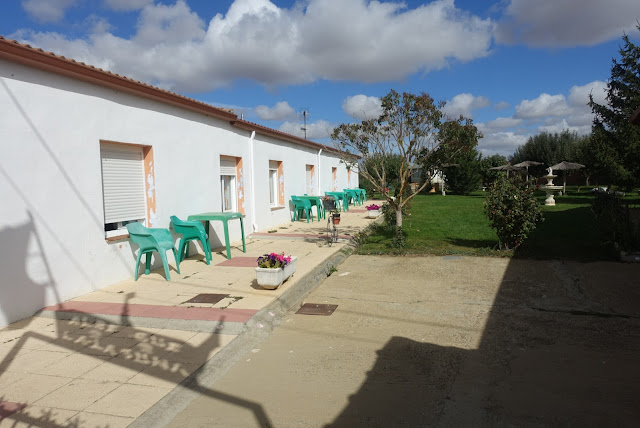 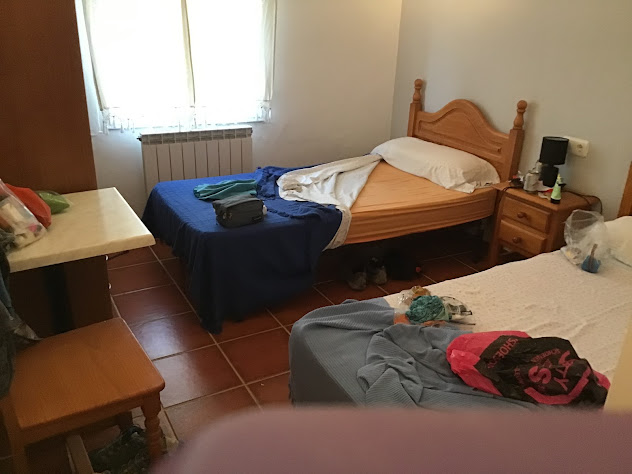 It does have a nice garden.  I found a good restaurant that offered hamburgers and good wifi.  They had an interesting menu- 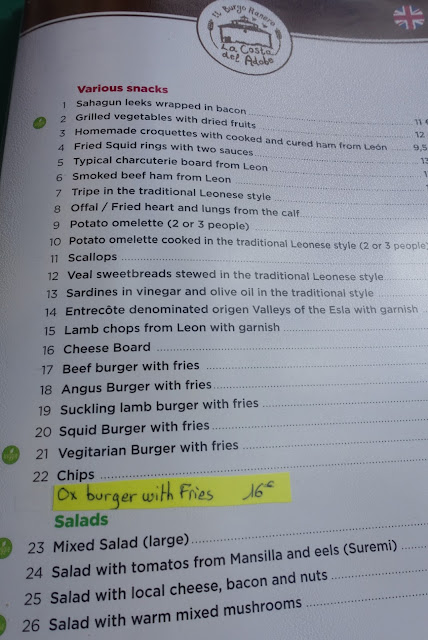 Tomorrow I’m off to Mansilla de las Mulas which is 18.8 km away.  Hope my foot is better, however it isn’t so painful that I’ll have to stop.