Today felt really long even though I only walked 20.1 km- 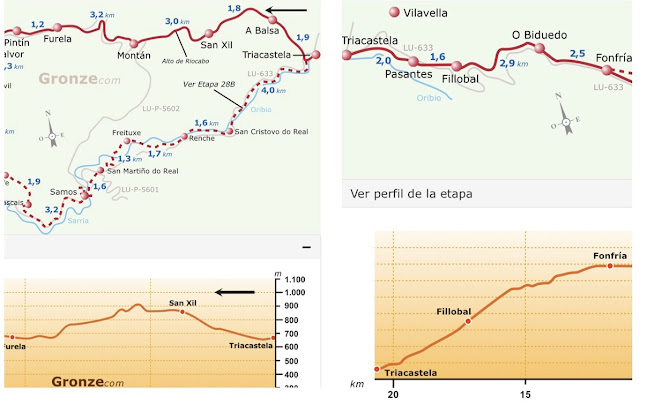 The wind howled all night and continued this morning, in fact the rain was pelting the windows and people didn’t know what to do. We knew we had to move on but no one wanted to leave into the storm. Eventually I left at 9:30 which was late for me and much to my surprise it wasn’t as bad as it had appeared.

And that became not my intention but my thought for the day.  I believe anxiety is caused by worrying about the future.  I was pretty anxious sitting around drinking coffee, thinking about getting soaked and blown off the hills, etc.  but once I was out and walking, I realized my fears about the day were all imagined and that it wasn’t as bad as I thought.  That’s something to remember- 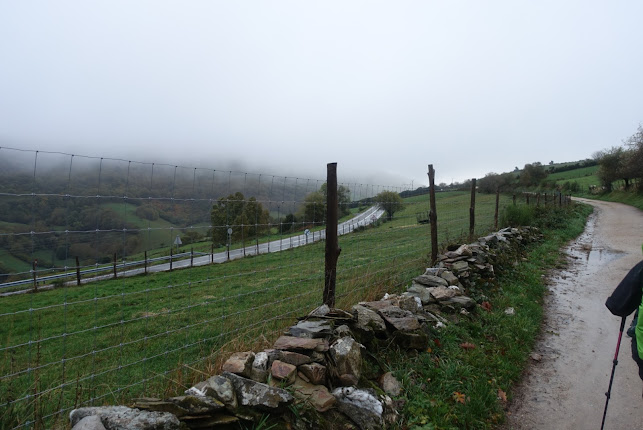 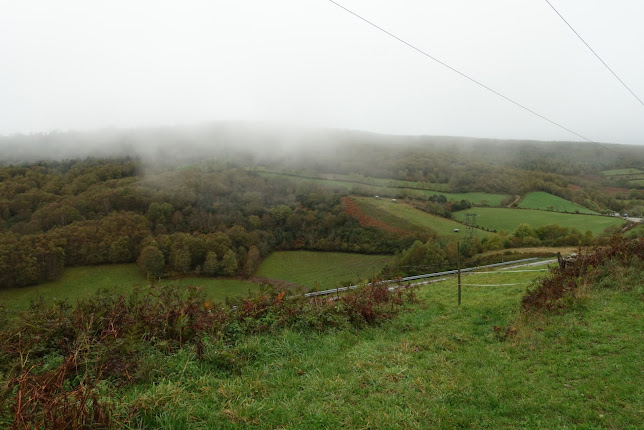 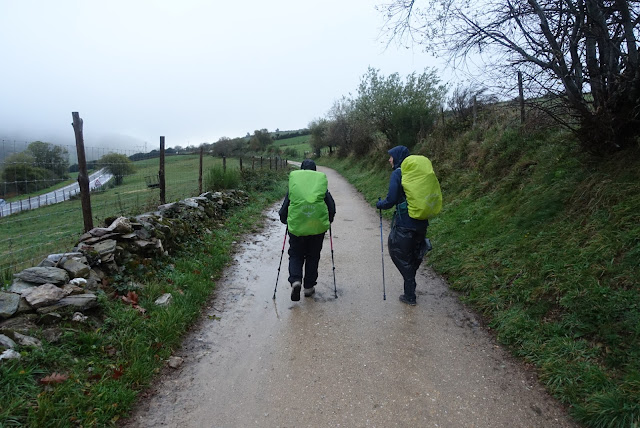 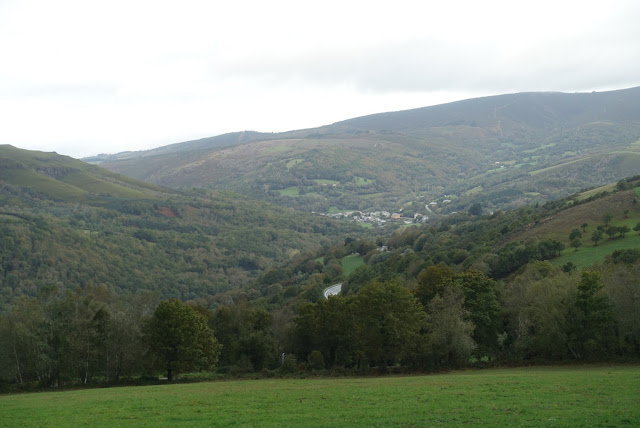 Sometimes it rained, sometimes the wind blew hard, sometimes it stopped raining and only misted/drizzled but by the time I got to Triacastela, it was pouring so I popped into a restaurant for lunch- 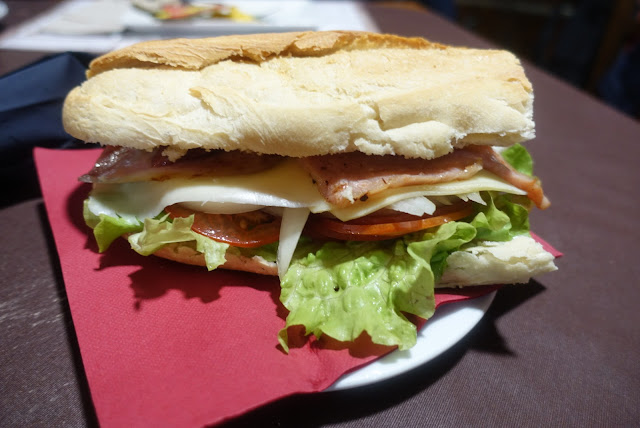 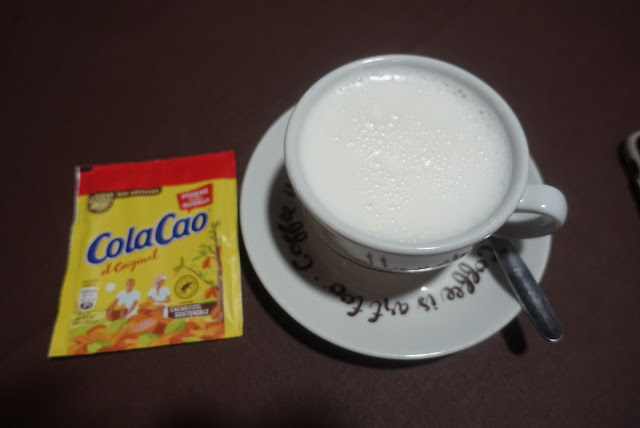 I haven’t had a bocadillo for a while and this was a good one!

Carrying on, I almost missed the turn off.  There are two routes and one is 7km longer.  Luckily as I was going left, I noticed there were 2 signs so took the one on the right.  Thank goodness!  I walked through a few ghost towns with no services.  The day seemed long- 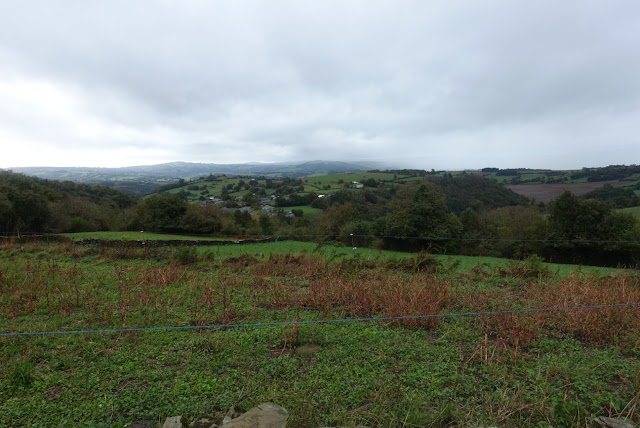 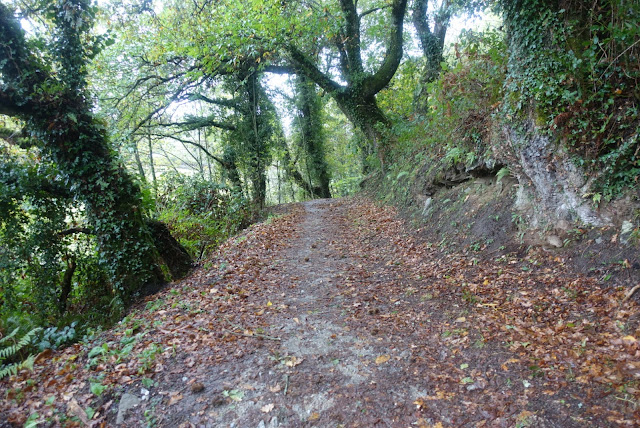 The shitty weather takes the fun out of it.
Glad I wasn’t in the way- 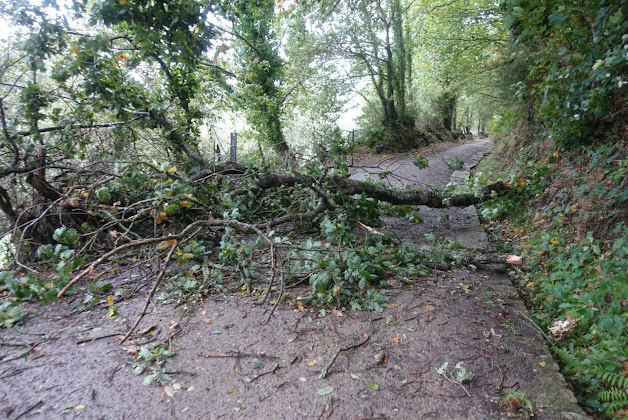 My poncho isn’t the best and if it touches my coat, it makes the coat wet so I spent the day holding my poncho away from me.  That’s a drag when the wind is whipping everything around.  And my Gortex running shoes?  My socks were soaked when I arrived at Casa Cine in Pintin- 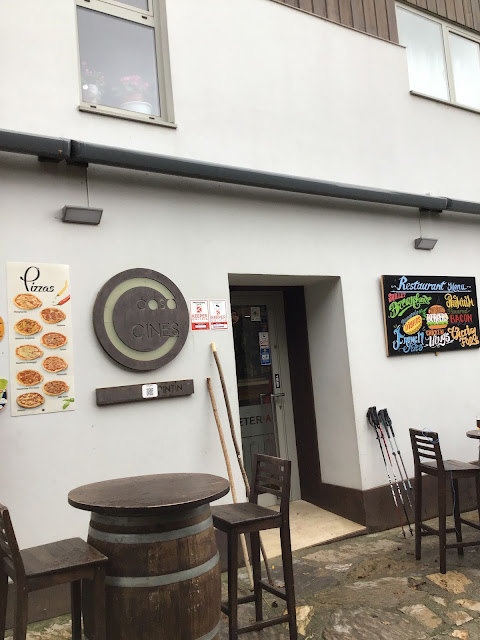 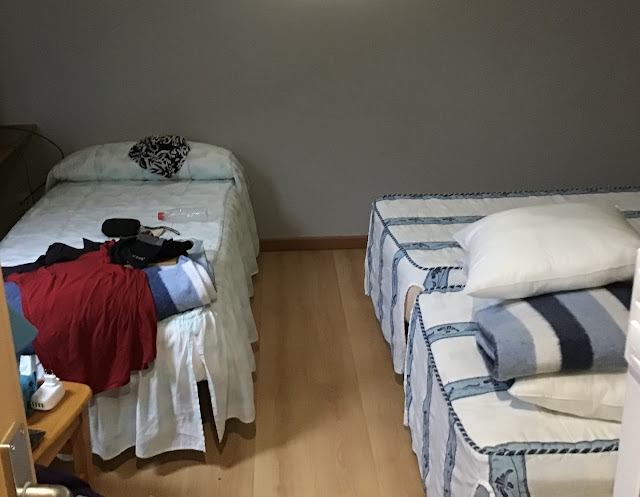 I have my own room and bathroom so I’m hoping for a great sleep.  Tomorrow I plan to get to Mercadoiro.  It’s not supposed to rain so fingers crossed.
at October 23, 2022