I was the first one to go to bed in the dorm of seven people about 8:30. Everyone was still up, I rolled over and the next thing I knew it was late into the night. I had the best sleep ever! After a breakfast of bacon and eggs, where the guy, who has a very small hole in the wall café, tried to charge me eight euro and finally settled for six, I was on the road by 8. I was headed to Ponferrada, mainly to try to find a rain poncho because there is no way I am getting wet like yesterday. I don’t like walking in the dark but there are some advantages- 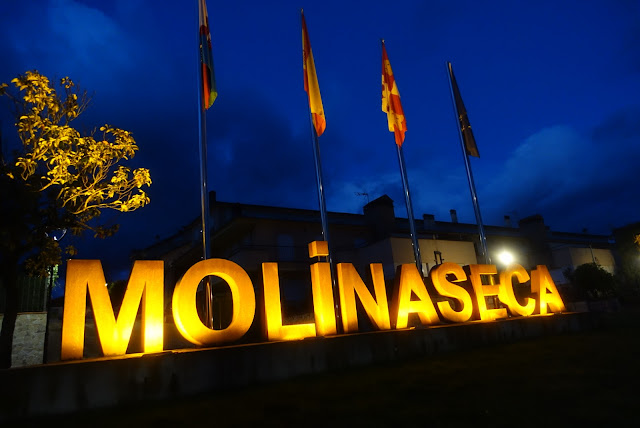 Most of that route was on the highway or next to it on the paved shoulder/cement walkway. That’s hard on the feet.
I decided that my intention for the day was to make sure that I am appreciating the moment. This morning I had a good breakfast, not just bread. It wasn’t raining and I thought back to the 3+ weeks that I walked in beautiful sunshine. The path was along the highway and I thought back to the days when it was through nature.  I walked alone, but you are never really alone. I saw two couples twice that I met yesterday and you always have a short visit when you run into each other.  I also walked a few kilometres with Andreas from Germany. He walked here from Germany and has walked over 3000 km. He had a heart attack a few years ago and only has the use of 60% of his heart so the hills are kind of hard for him. He was developing a blister which he found surprising after walking so far so I left him on a bench to look after it.  I’m sure I’ll see him again.
I walked the day without any tape on my feet and/or pain in my feet!  My legs are stiff in different places and I think it must be from the running that I did yesterday down the switchback highway trying to get out of the deluge. My trip today was 27 km and I did it fairly easily. I am really getting into this walking – 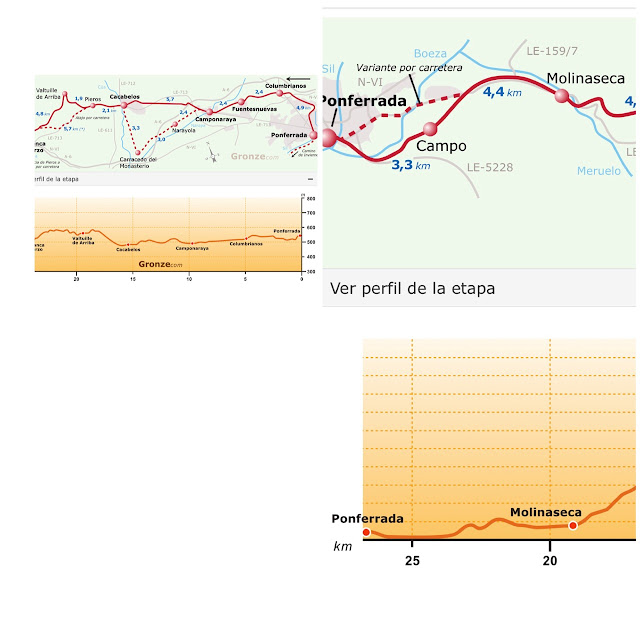 Once in Ponferrada, I entered the walled city through the last remaining gate from the 18th century called Tower of the Clock- 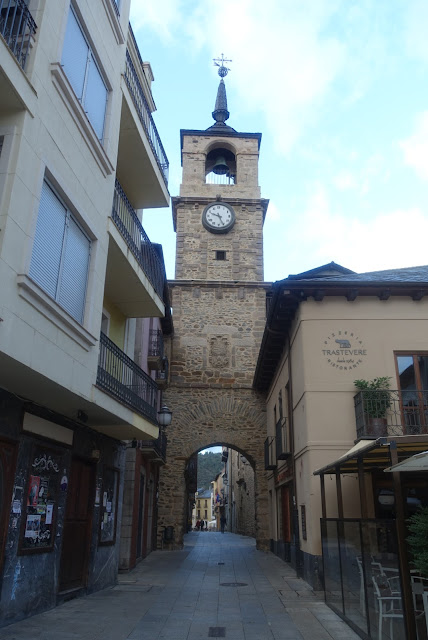 I also visited Lady of the Oak church- 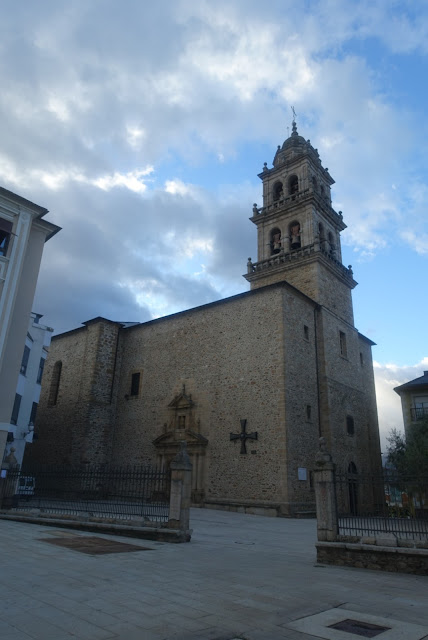 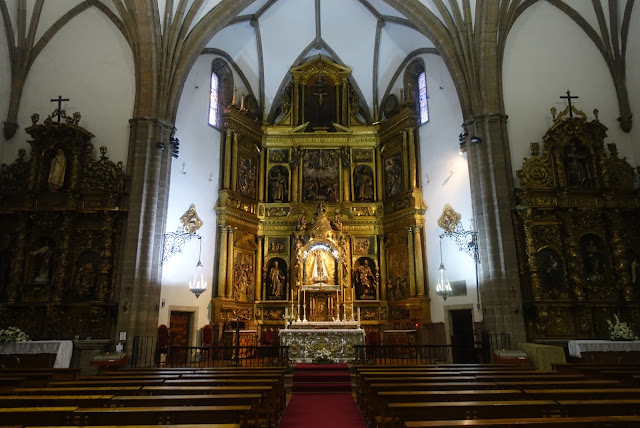 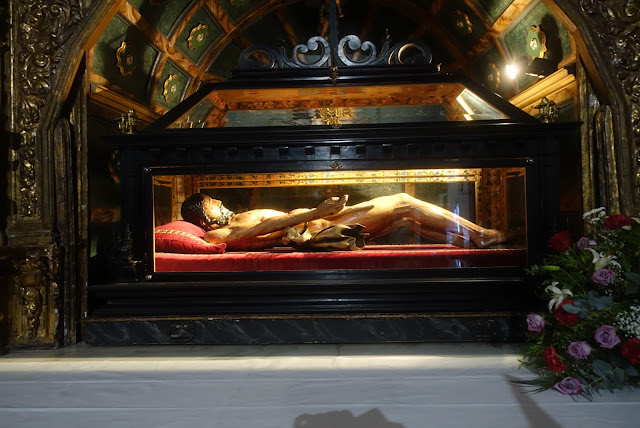 so called because legend has it that a Templar knight found an image of the virgin in an oak tree. There’s also a statue to honour that – 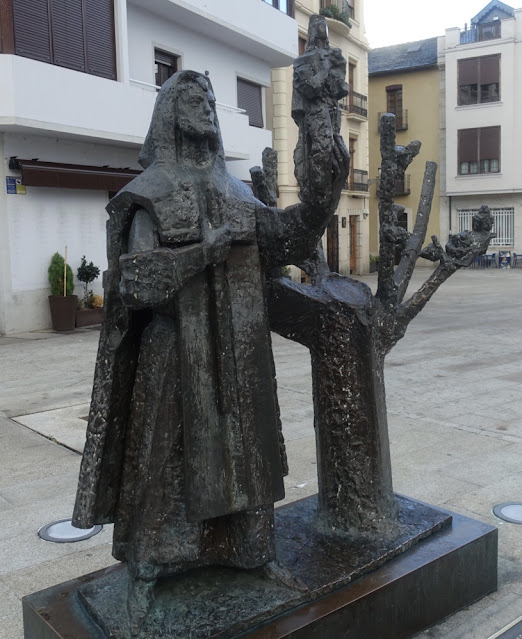 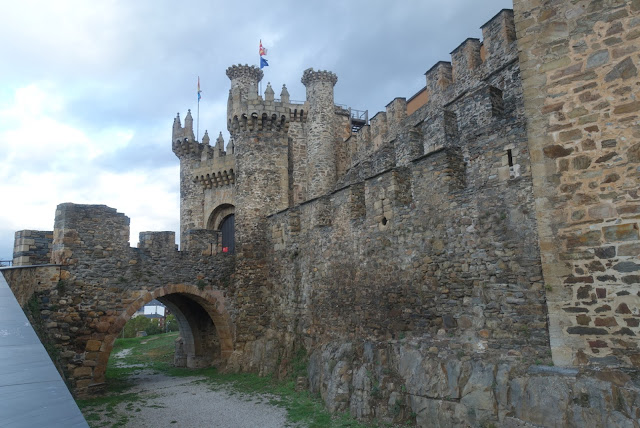 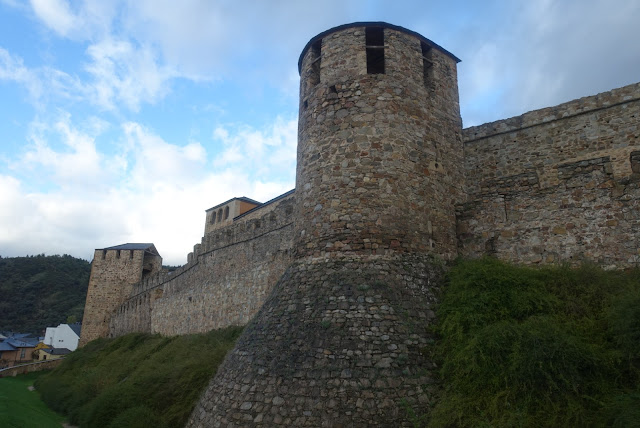 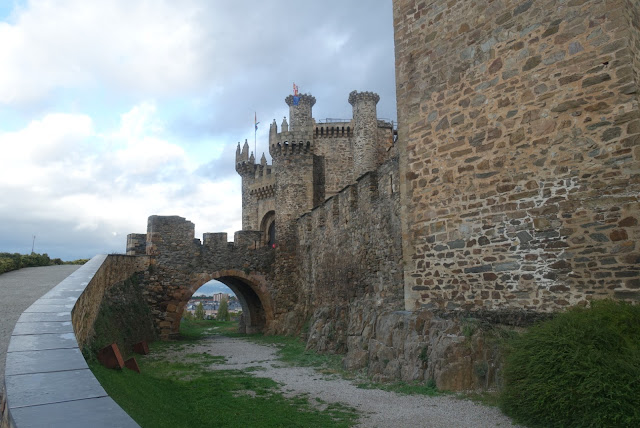 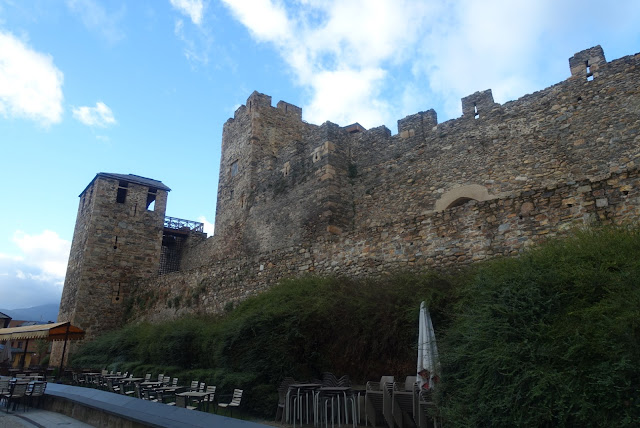 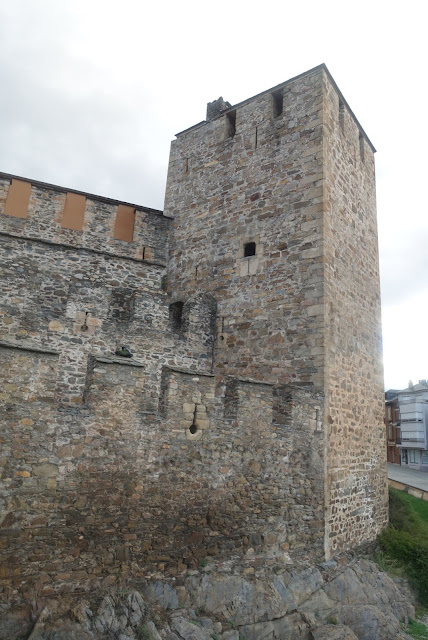 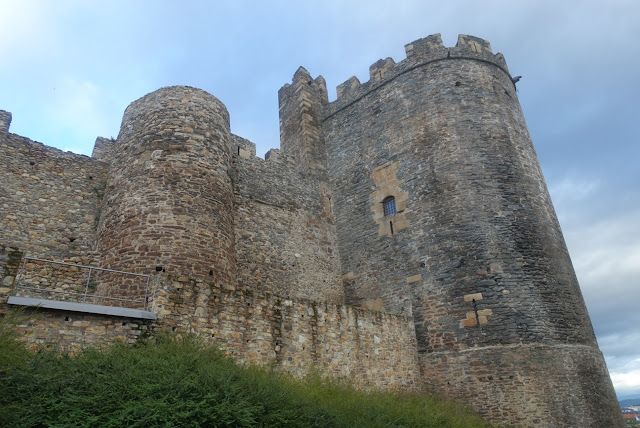 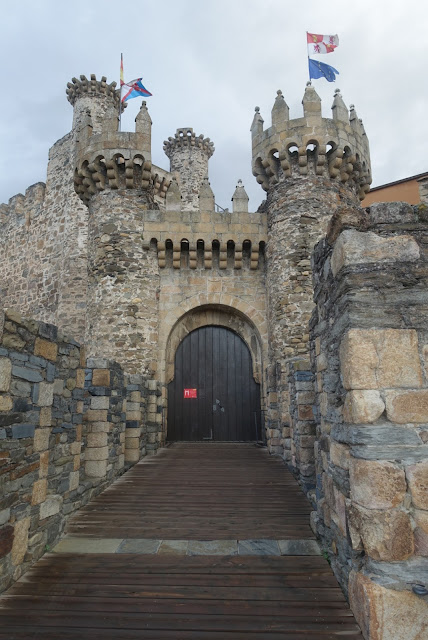 The castle covers more than 8000 square meters and has double and triple battlements, turrets, rooms and a large courtyard. It is one of the largest fortresses in Northwestern Spain and dates from the Middle Ages. In 1211, Alfonso IX made peace with the Knights Templar and gave them the village of Ponferrada. In 1226 the Knights Templar had already fortified it. They stayed in here until 1312.

The Camino is kind of weird because it doesn’t take you near the castle and if I hadn’t known how gorgeous it was, I would’ve walked by it without a blink. After, I went to Decathlon, a cheap European sporting goods store, which was in the heart of the city, to find a rain poncho and ended up walking about 6 miles through the city to finally join up with the Camino in Camponaraya, the next town.  That was hard on the feet and legs.

Soon I ran into Jorge who is from Ecuador but has been working in Germany for the past six years.  We stayed together in a hostel a couple nights ago. He works for a factory that makes automotive parts and his job is to make sure that their no name parts are interchangeable with brand-name parts. He’s been walking with a sore knee but said that it was better today because he ships his pack and walks short distances.  Lots of people send their pack onto their next hostel/albergue. I haven’t done it yet because my pack is pretty light but I have considered it. It costs five euro and you get to walk all day free of extra weight!

In Spain, CBD is legal but THC is not.  This shop sold CBD lotion/ointment that would give 1000 mg of comfort every rub- 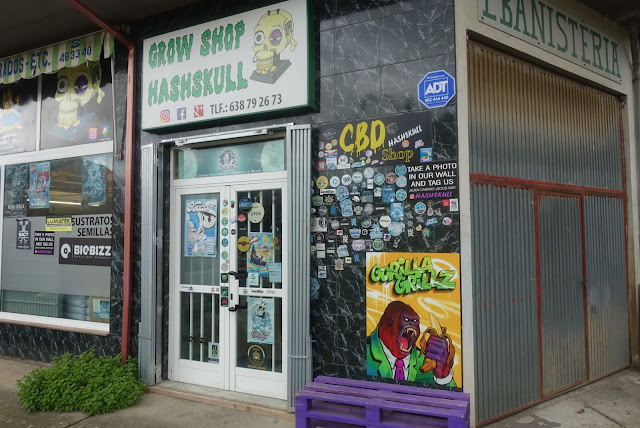 I’d like to be a delivery person for Burger King – 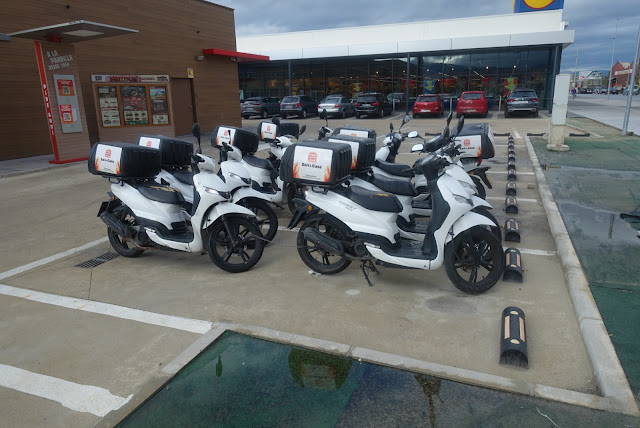 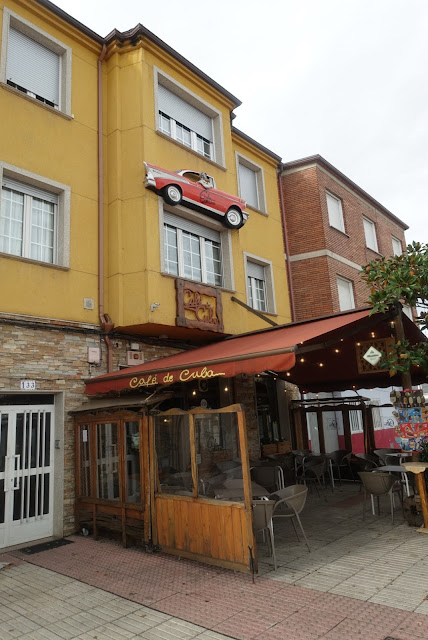 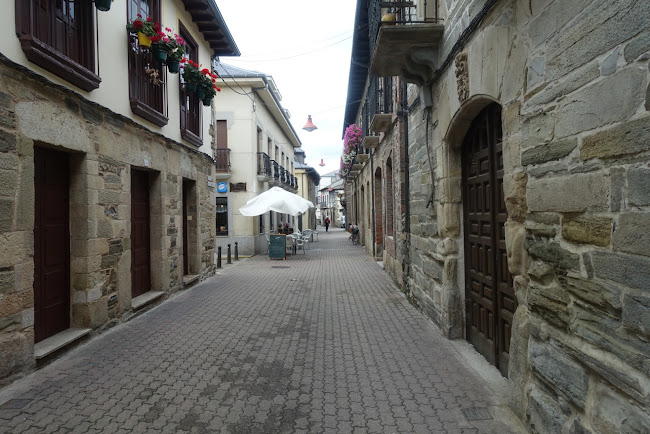 I made three different reservations in three different villages because I didn’t know how far I would get. I ended up going to the furthest one called Albergue La Biznaga which is in Valtuille de Arriba, an out of the way village surrounded by vineyards- 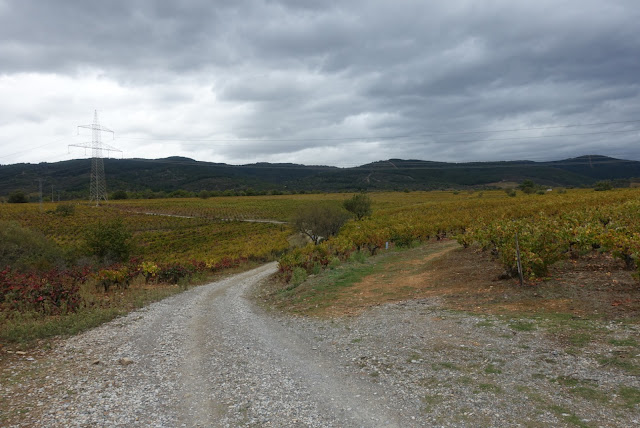 Looking back at Ponferrada- 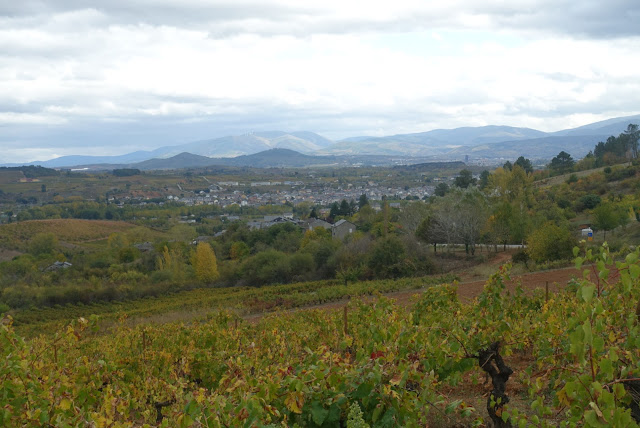 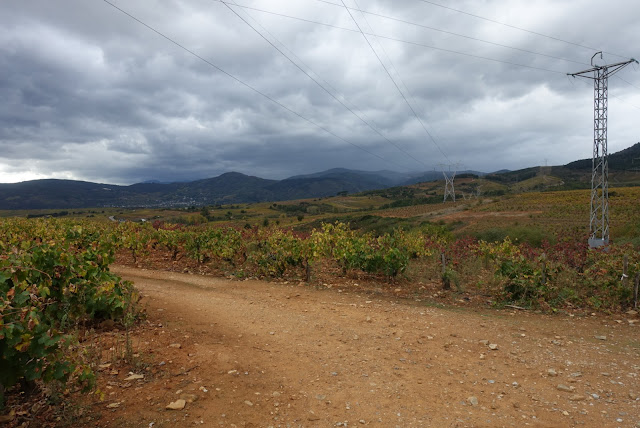 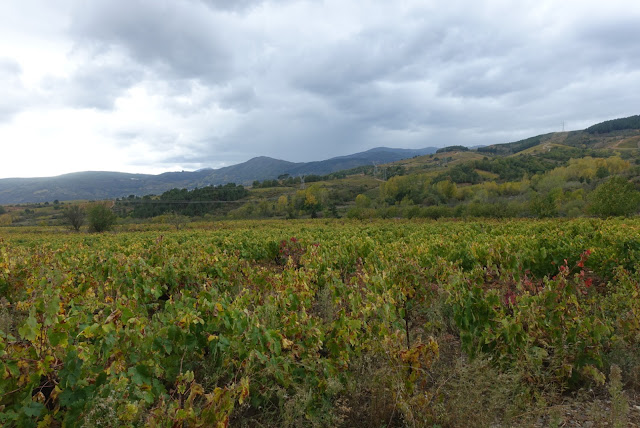 The Albergue owner comes from Malaga and she was a pilgrim herself so she knows what we need and like. I am in a room all by myself with proper bedding, warm blankets and a bath towel. How awesome! You pay by donation and I’ve been drinking wine, eating chips and just enjoying my own space.  The floors in the rooms I’ve been in slant (quite a bit) and there doesn’t seem to be any heating so I don’t know what they do in the winter when it gets chilly – 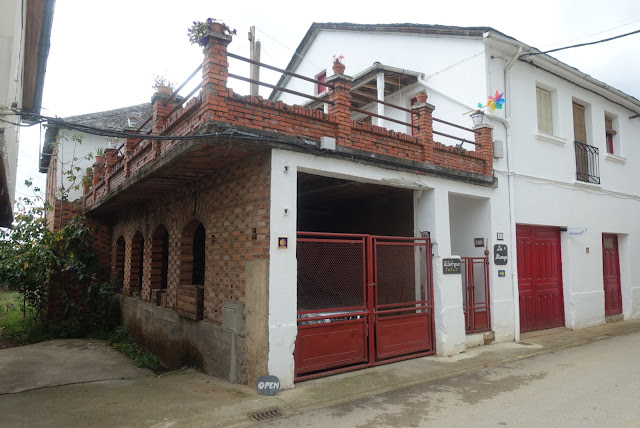 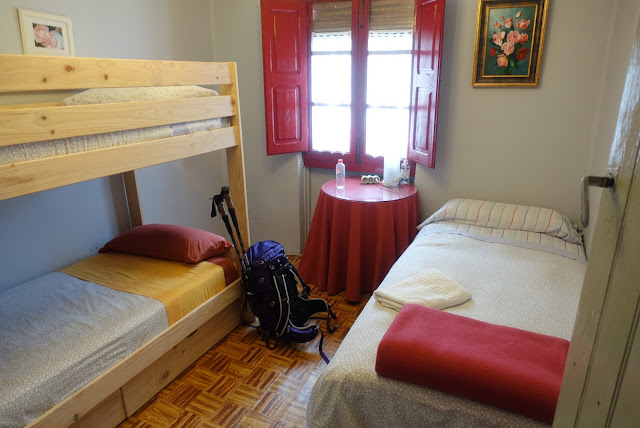 I am eating supper with the host at 7:30 and then hope to have a good night. I also hope to get as far as Las Herrerias tomorrow so I can prepare for the big climb to O Cebreiro the next day.  I also didn’t get wet today so I’m hoping for a dry day again tomorrow.
at October 20, 2022