It was a boring day walking but the sun shone and it only rained for about 15 minutes so that was a huge bonus when you consider the weather app was saying it was going to pour. I walked 24.8 km with mild difficulty as my body was feeling pretty tired from my long walk yesterday- 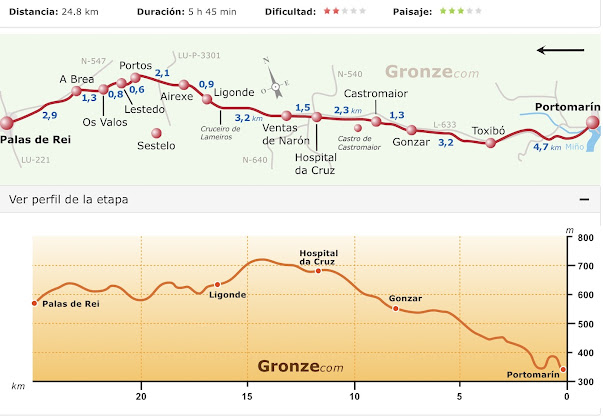 My intention for the day was once again gratitude but gratitude for having walked the first 700 km without the crowds.  To me, these last 100 km are not the Camino.  People talk incessantly or listen to music, crowd the paths and ignore others around them.  For the past 700 km, a person didn’t pass another without looking at them, saying hello and having a short conversation. It’s a new ball game now.  I’m so glad I have done it all but I am sad for this ending to a great trip.  I am also sad for those who will only know the camino as the last 100 km.

After today I only have about 65 km to go which is so strange when I think back to the beginning and facing 800 daunting kilometres.  That also reminds me of my tendency to spontaneity.  This walk came to me during a restorative yoga class.  Did I properly prepare?  No.  Did I have any idea what walking 20-25 km day after day carrying a backpack meant physically?  No.  But, I really like that part of my character because I think if I thought too much about what I was planning to do, common sense would kick in and I wouldn’t do it.  Just think of all the fun I’d have missed!  And speaking of fun, I got an email yesterday saying that the Madventure truck can’t enter Saudi Arabia this year, even though they could last year.  So, they’ve hired a coach! A coach!  With air conditioning!  Just for Saudi of course.  That’s going to be awesome! 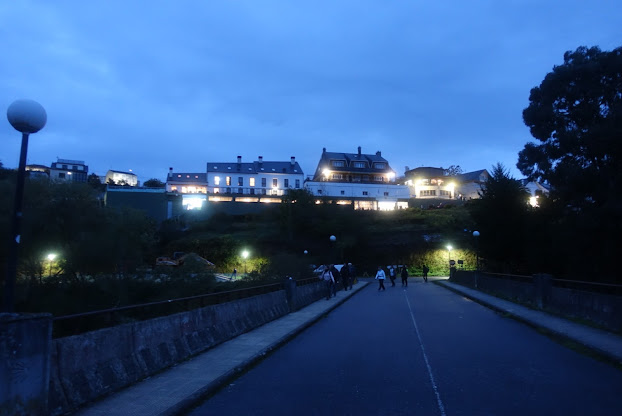 It was a steep ascent right at the start.  It felt like I was barely moving.  I wonder how far this couple is going?  It looks like they’re moving house they’re so loaded down- 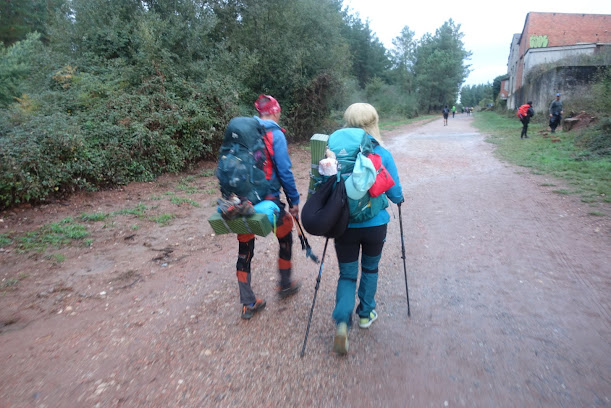 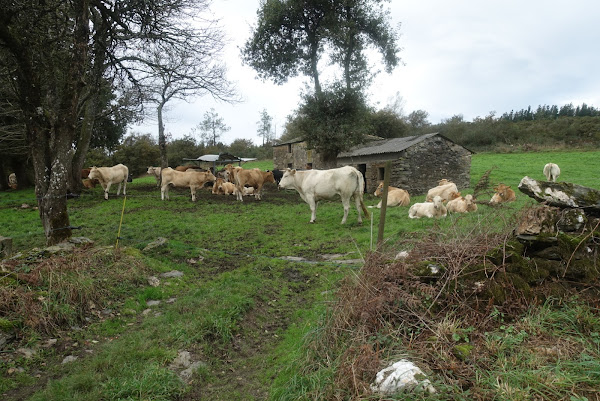 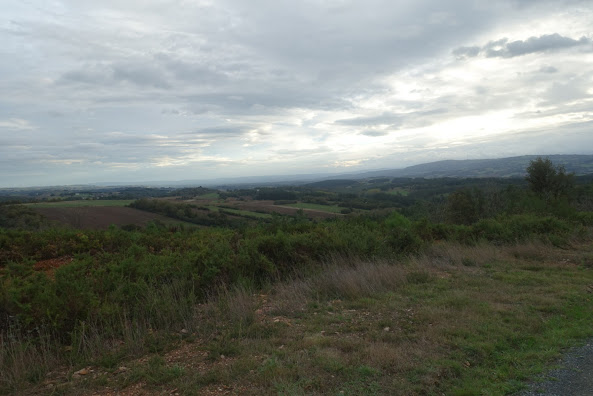 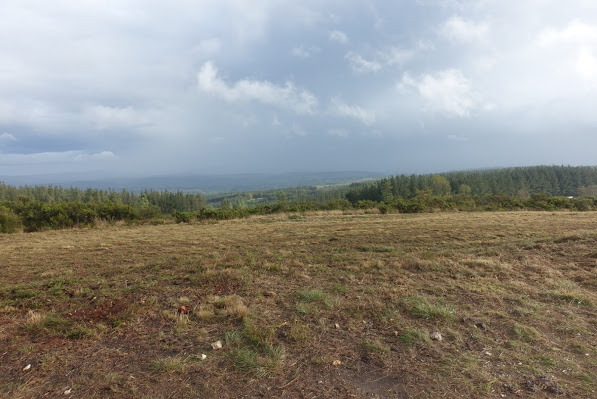 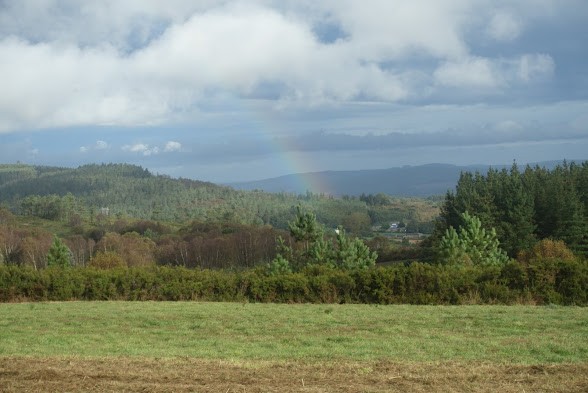 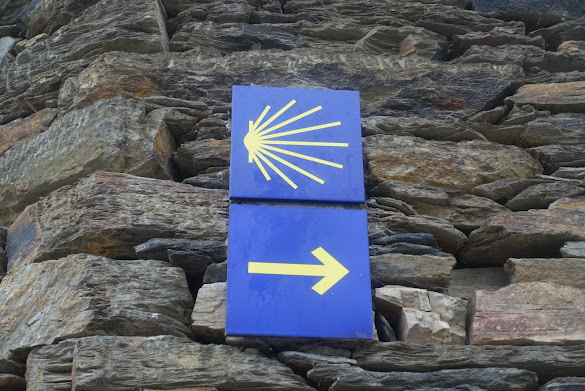 There are a few groups polluting the path including about 40 kids from Bretagne, France.  They have their lunches prepared for them and they eat along the path.  It’s great because it gives the rest of us a chance to get away from them while they’re eating- 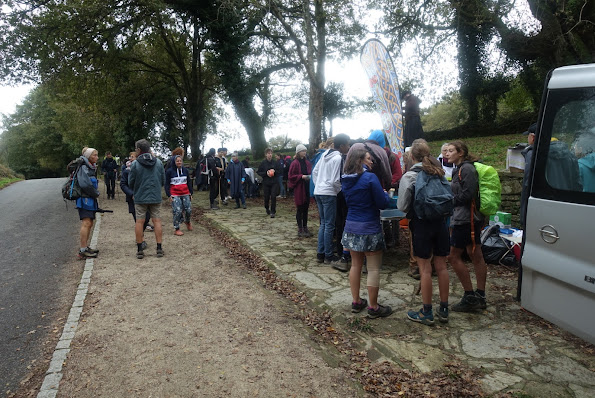 Helle and I have been travelling separately but together.  We haven’t been in the same hostel until tonight yet we meet up accidentally in restaurants.  The same thing is happening with Michèle and Clara from Québec.  They just walked into our hostel and they came into the bar we were in last night.  It isn’t like we were in the only bar in town and our hostel Albergue Outeiro is not on the main street  - 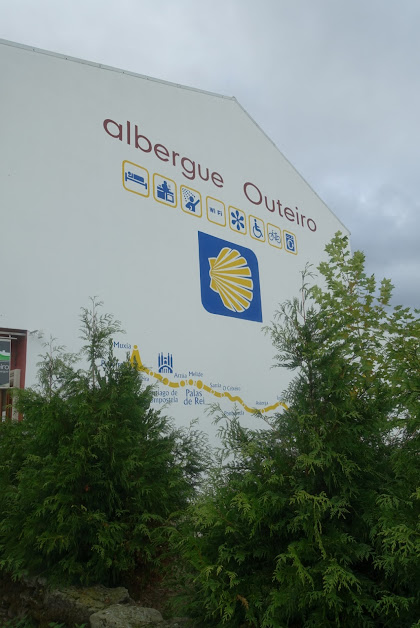 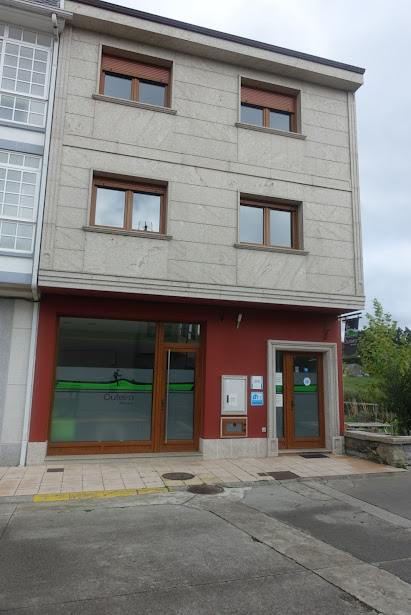 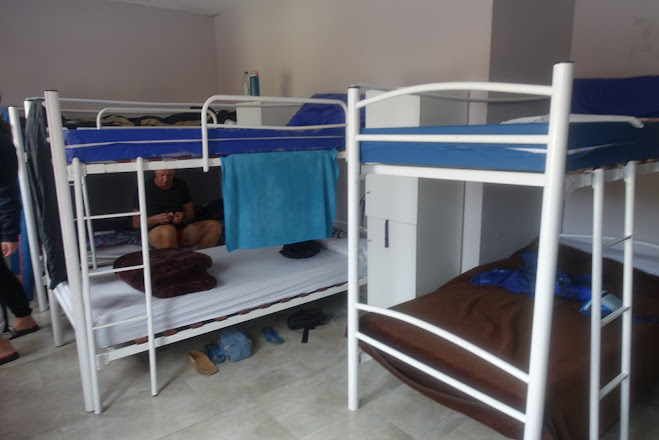 I don’t think I’m going to complete a full stage tomorrow but I’ll have to sit down and check the Brierly Bible.  I plan to arrive in Santiago Saturday morning.