I had a really good sleep and we were ready to go by 7:15. We went to the bar where we ate supper last night for breakfast. There were only two waitresses but they were so fast it was unbelievable because the place was packed. The weather is so agreeable they leave the tables and chairs out on the street all night – 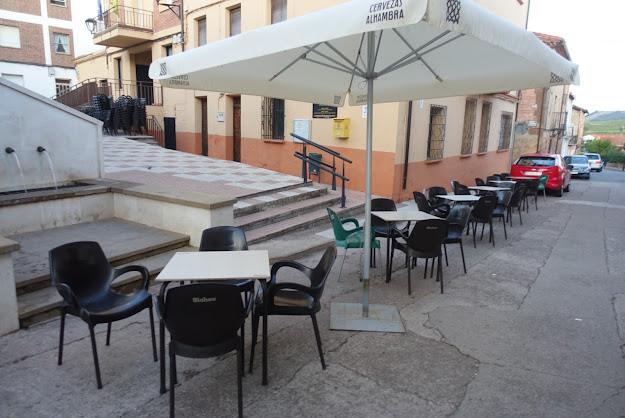 My intention was once again to just walk without thinking of the kilometres.  Magically the kms seemed to fly by.  There are these fencepost kind of things keeping track of the kilometres and it seemed like I was passing one every 10 minutes or so. That was awesome!
Unfortunately very early this morning we left grape country and ended up walking through miles of stubble which I didn’t mind at all- 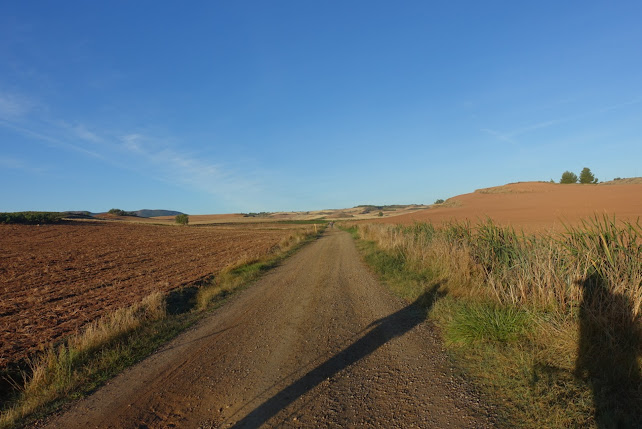 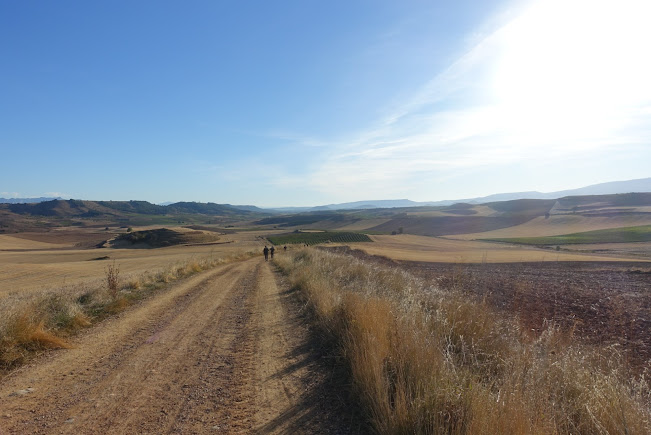 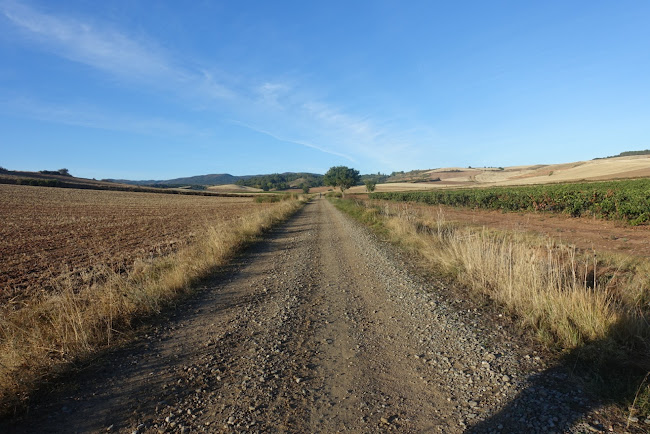 Because the Camino is a religious experience for many people, there are lots of crosses along the way – 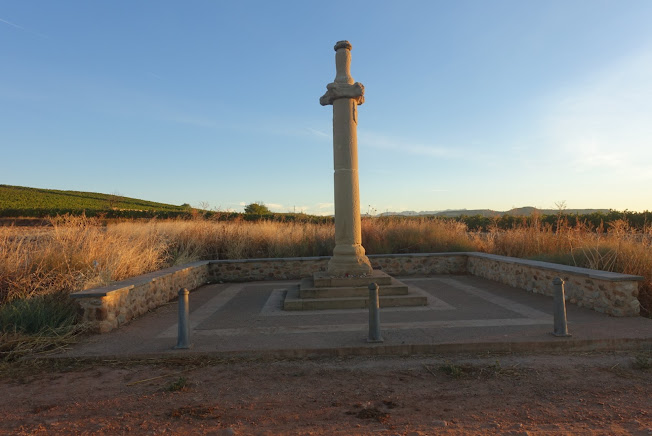 An entrepreneur was half a kilometre from the town of Cirueña.  He notified us ahead of time – 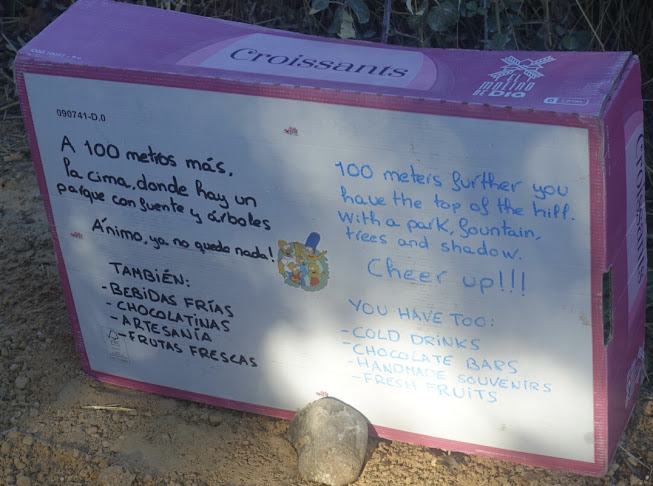 He wouldn’t let us take pictures nor would he let us touch the money. He had no prices as everything was by donation. It was a good thing he was there because once we hit the town there no cafés but there was a golf course. It was the first one I’ve seen, so I stopped in to see what it costs to play. Because today is the weekend it costs €80 ($108).  As a member, there is a €500 ($678) initiation fee and then it costs €100 ($135) per week to play and you can play as much as you like. It’s about 6600 m with a few ups and downs. It’s built in an area with a bunch of new condos so it looks like it’s a retirement area. Numerous people were pushing their clubs to the course but power carts are available. 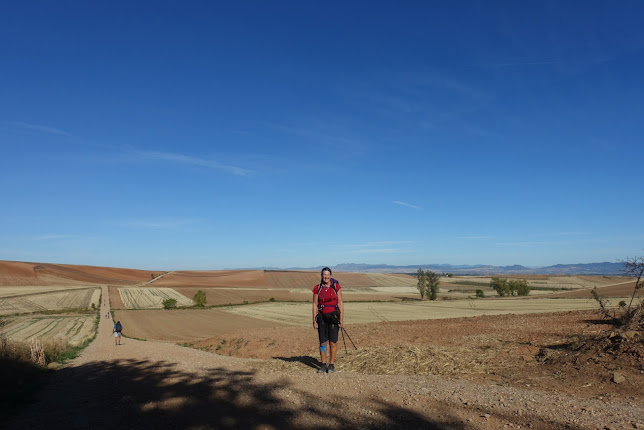 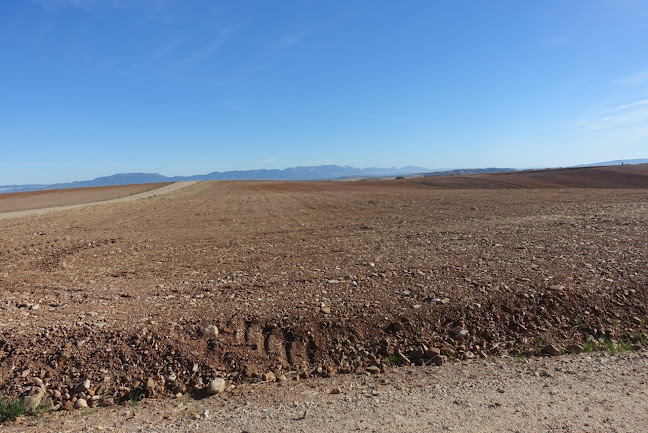 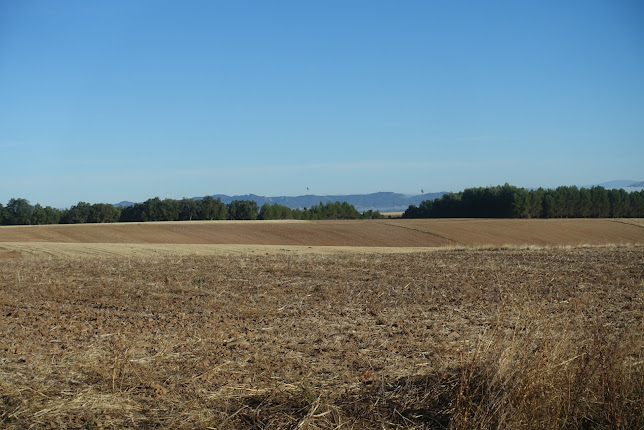 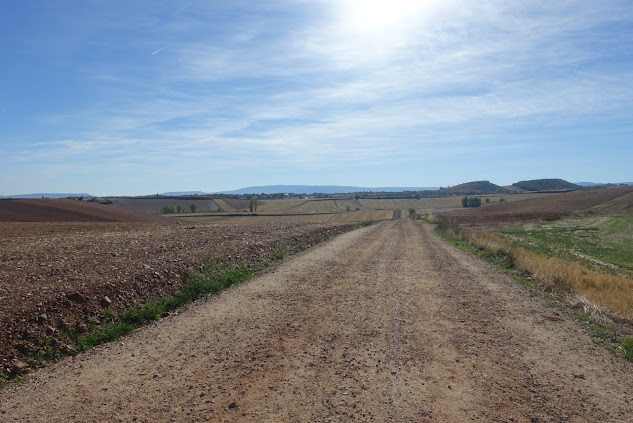 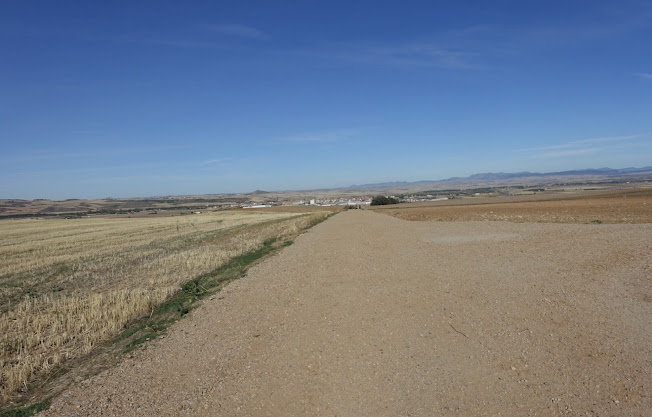 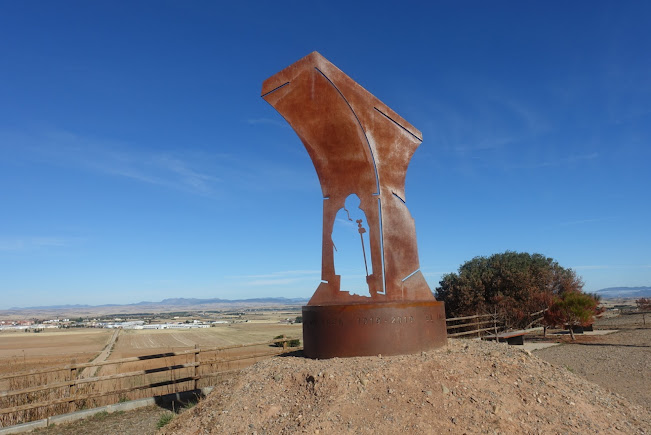 Once in Santo Domingo de La Calzada, I visited the chapel in a monastery, had lunch, bought insoles for my shoes and a pair of thin socks and rather than pay five euro to go into the cathedral I sat outside, had a beer and visited. It was a beautiful day – 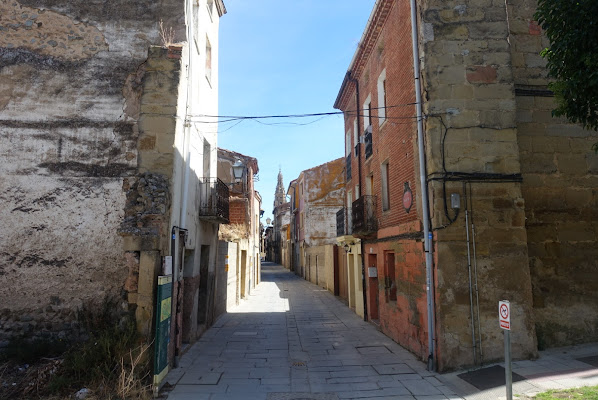 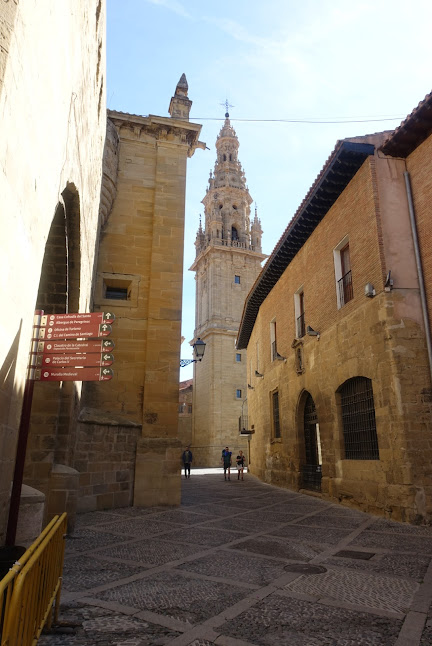 We are in a farming region- 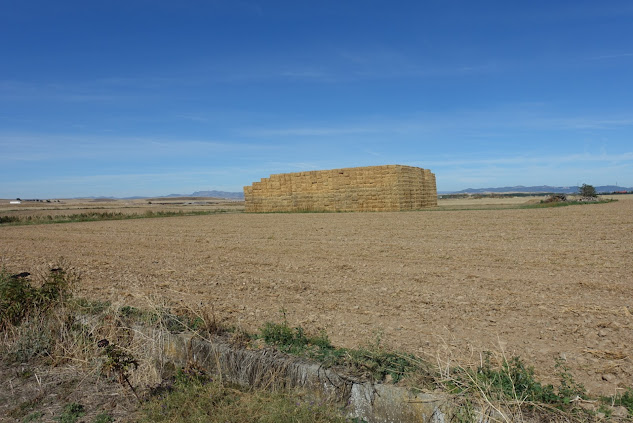 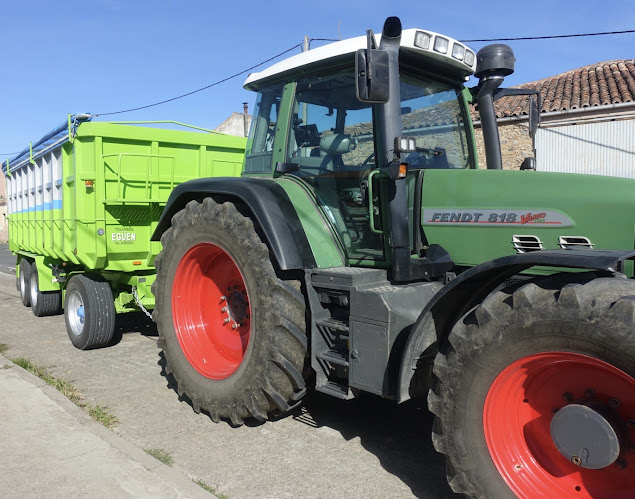 Leaving Santo Domingo de La Calzada, we came across a wreck of a place.  Of course in Canada we would bulldoze it in a moment but here they will probably try to restore it and continue to use it – 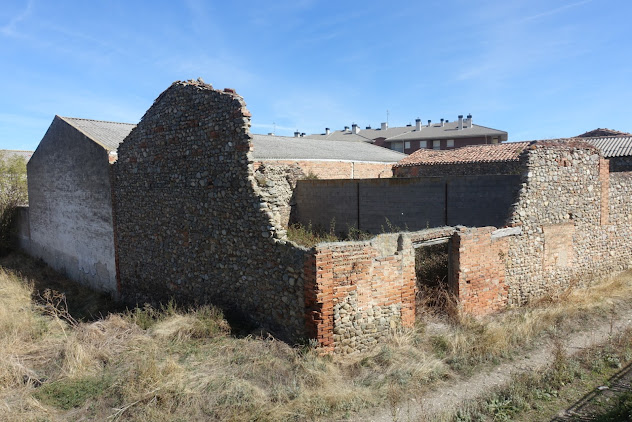 The bridge crossing the Oya- 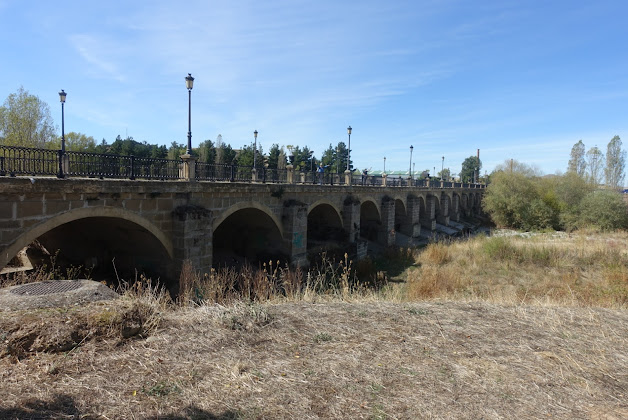 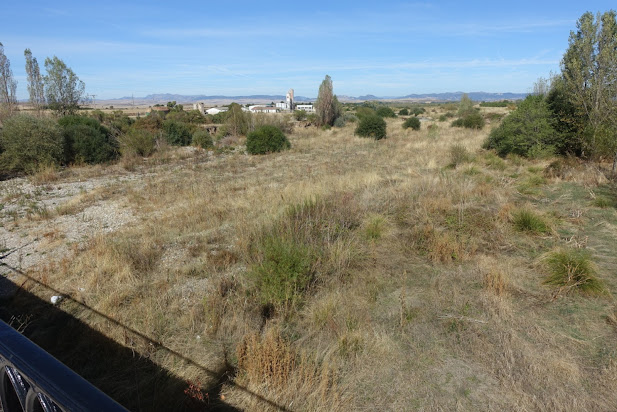 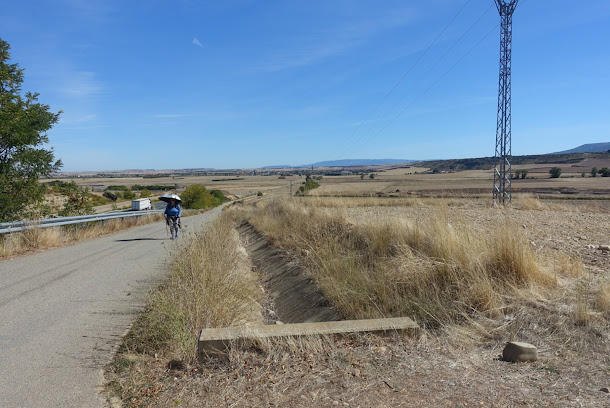 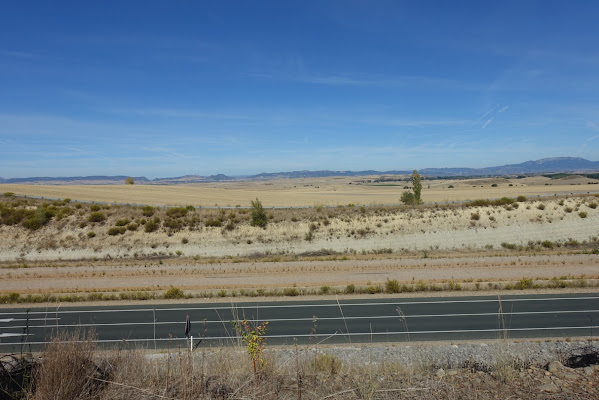 A yucca in bloom- 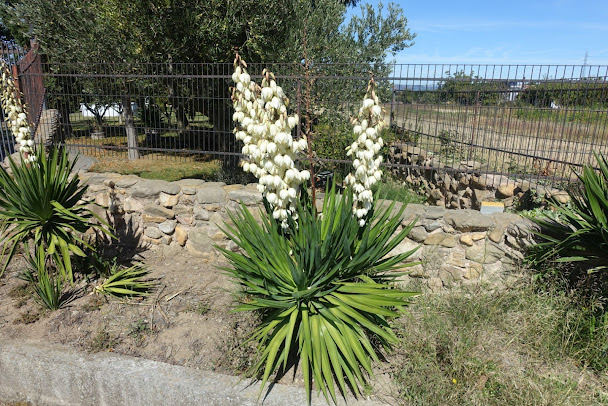 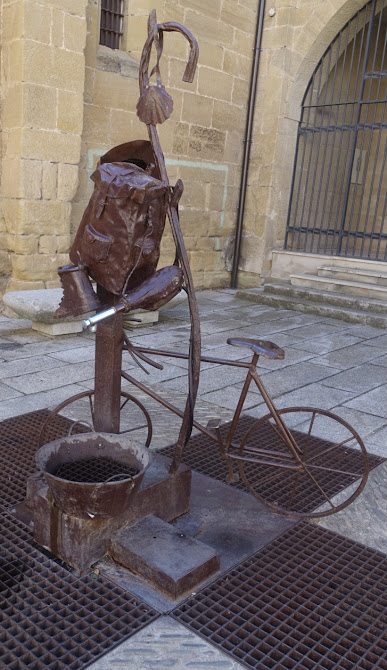 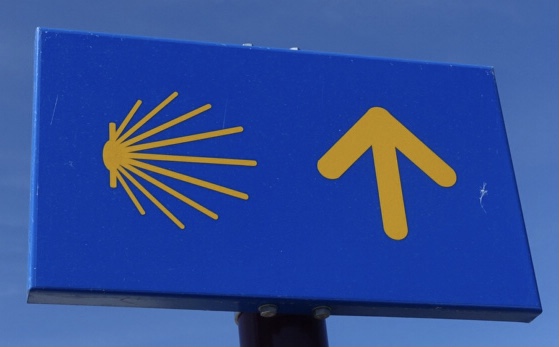 Finally we made it to Grañon-

We are staying in the Albergue La Casa de las Sonrisas- 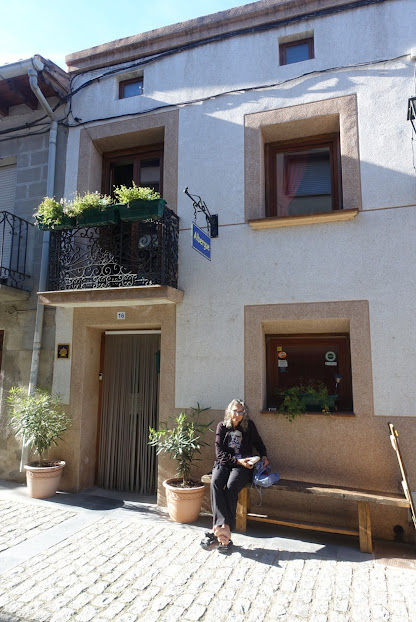 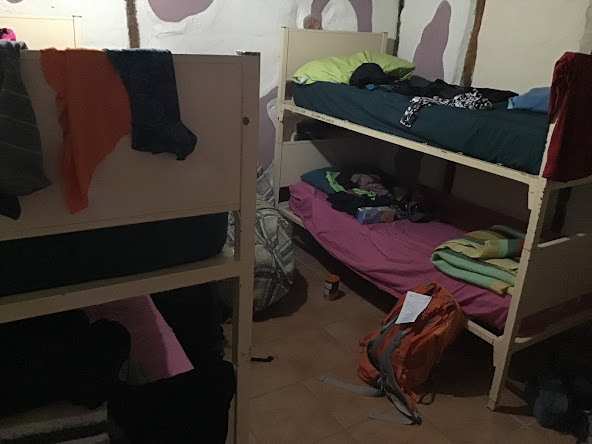 Our room is a little cramped and it is a pay by donation kind of place. The showers were hot and the bathrooms were large so my clothes didn’t get wet when I had a shower. I think it’s better than the other place that is in an old monastery- 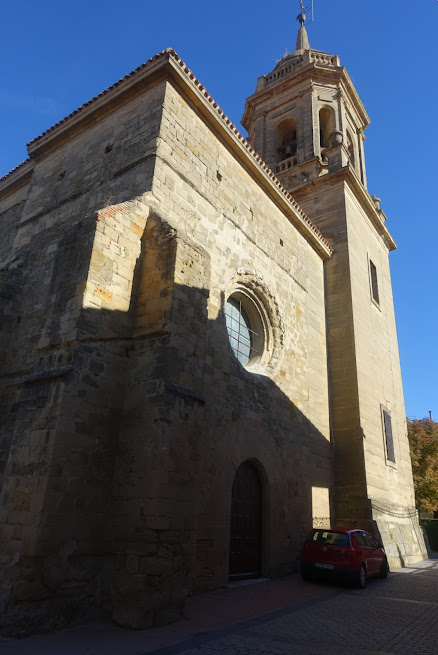 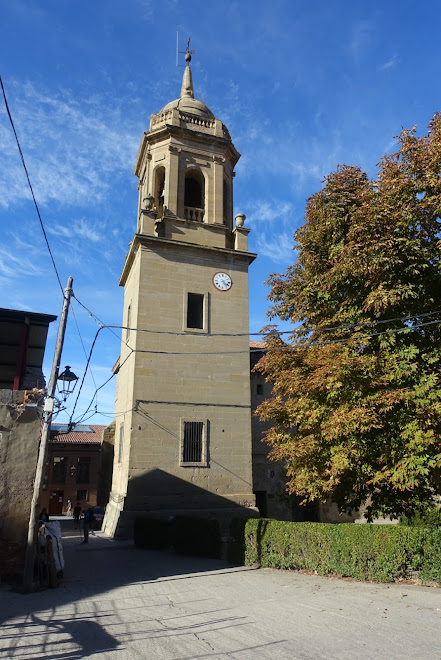 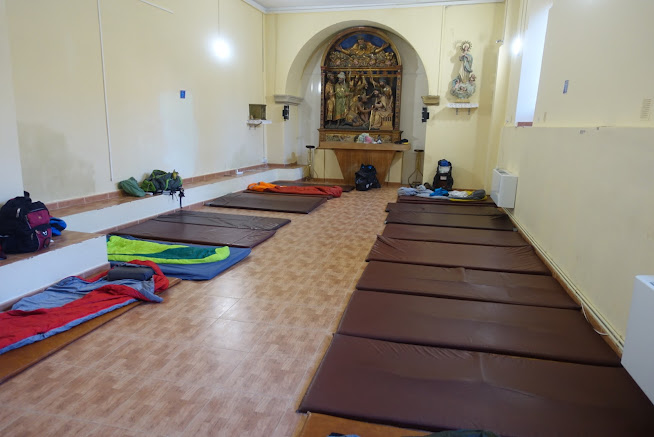 Tomorrow we are going to try to be on the road by 7:15 as there are lots of little villages along the way and we don’t want to be walking in the heat of the day.  Today was hard.
at October 02, 2022