Once I found the check-in for Ryanair in terminal one at the huge Madrid airport, I settled in for a six hour wait. I read a book, I slept for a couple of hours and visited with a couple from Chile. Finally at 4 AM I was able to get in line and get rid of my big backpack. The flight was uneventful and I arrived in Malta at 9:15 this morning.  Malta is made up of three small islands south of Sicily and east of Tunisia.  It also happens to be the 100th country I’ve visited! 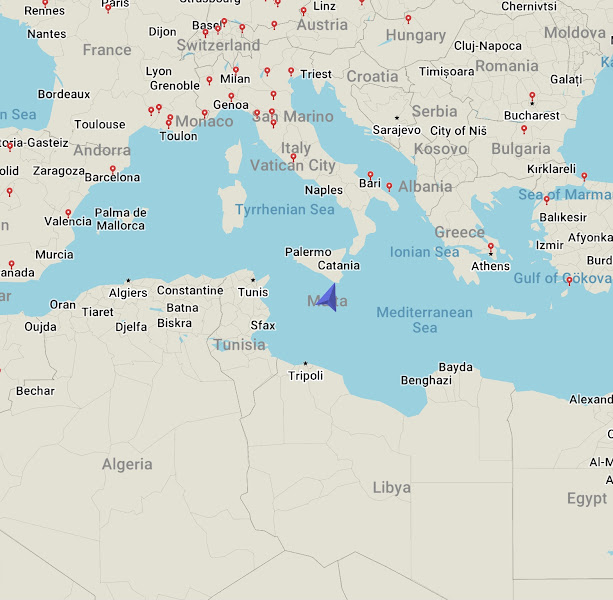 It’s been inhabited since 5900BC and has a population of  516,000 living in 122 square miles.  That makes it the tenth smallest country in area and the fourth most densely populated.  It belongs to the EU so they use the Euro, speak English, Italian and other languages.  The whole island is covered with buildings and so it’s known as a city state. It’s old and the older buildings are very white. It also has 365 churches!
I took an Ecab which is cheaper than Uber, to the apartment where I am staying for the next six nights- 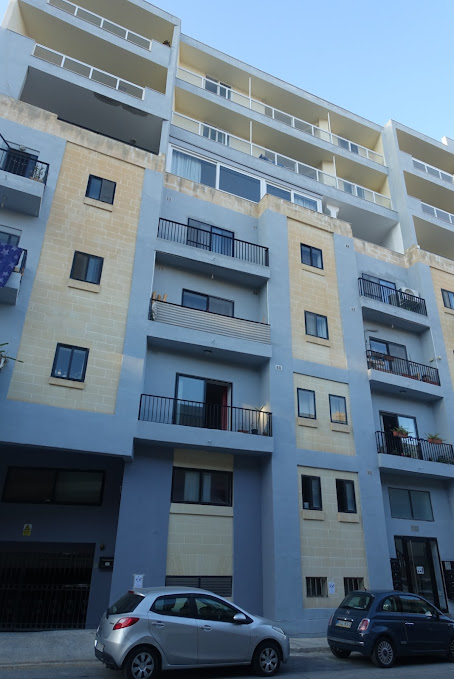 My bedroom is very nice and I have my own bathroom – 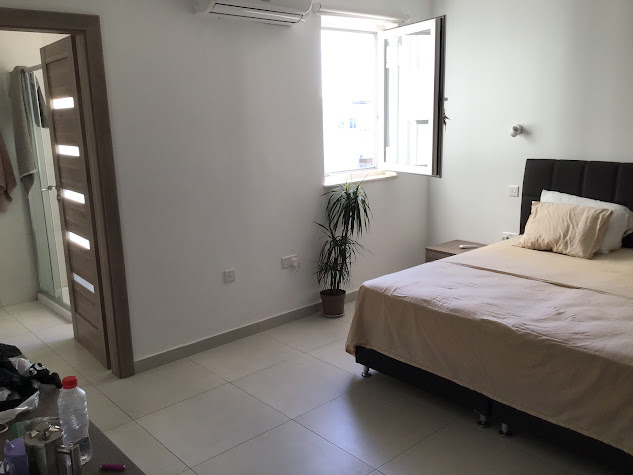 M
There is a nice view towards the waterfront - 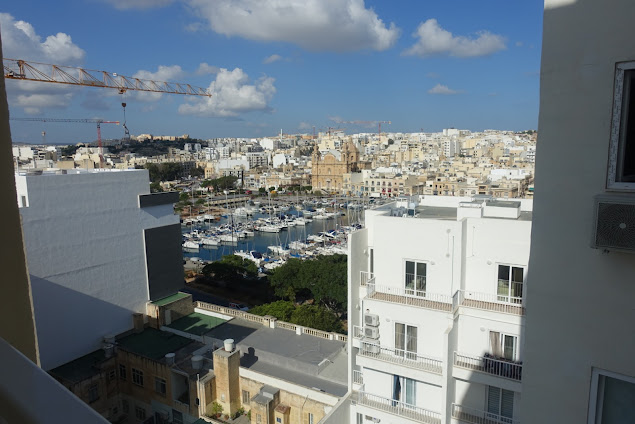 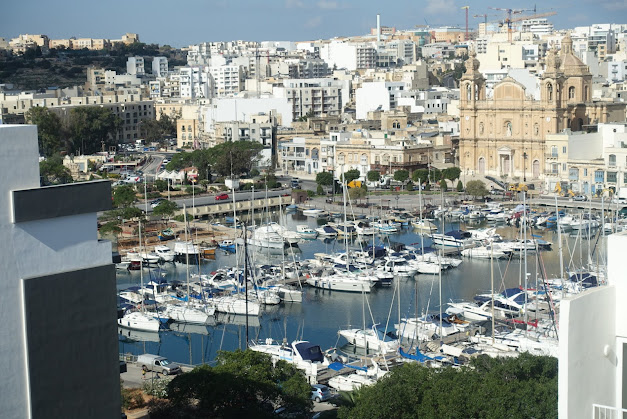 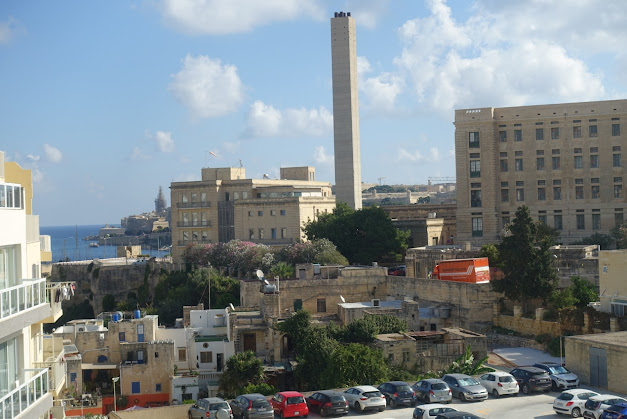 I wasn’t really tired so I wandered around.  I’m definitely going to try the rabbit- 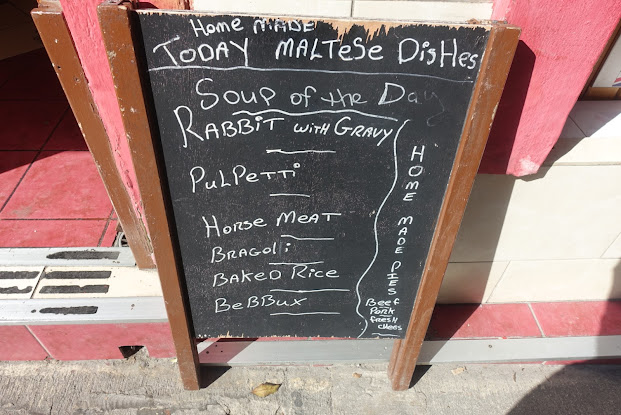 But probably not the horse!
I bought a few groceries; food costs more than in Spain.  There are a lot of small places to eat nearby and puff pastry is popular- 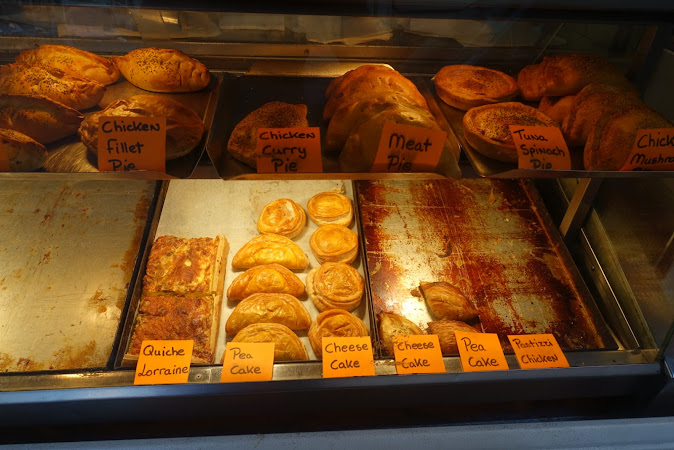 The parts where I walked today are quite a mess. There’s a lot of fixing going on of waterlines and sidewalks. They should’ve done it about 30 years ago by the looks of the place. They also drive on the other side of the road so I have to be really careful crossing the streets that I look both ways more than once.  I had considered renting a car to drive around the island but I definitely will not be now. I tried that in South Africa and it was horrible.
The enclosed balconies are called gallerias- 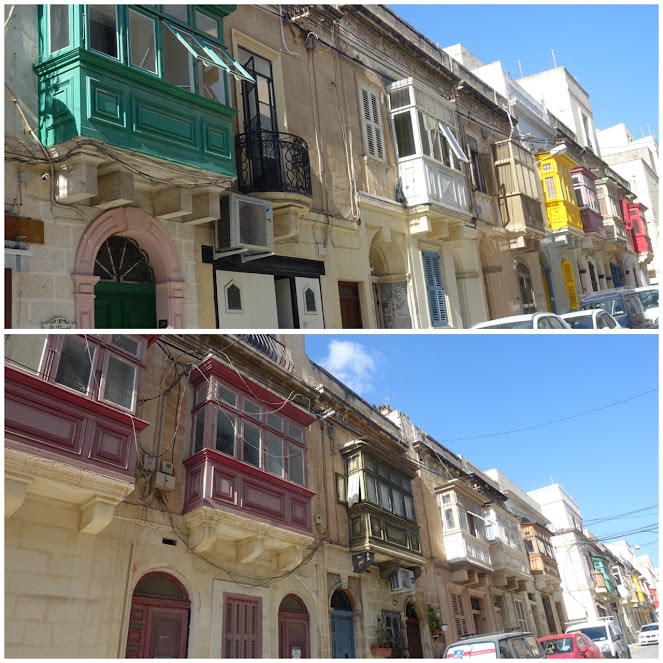 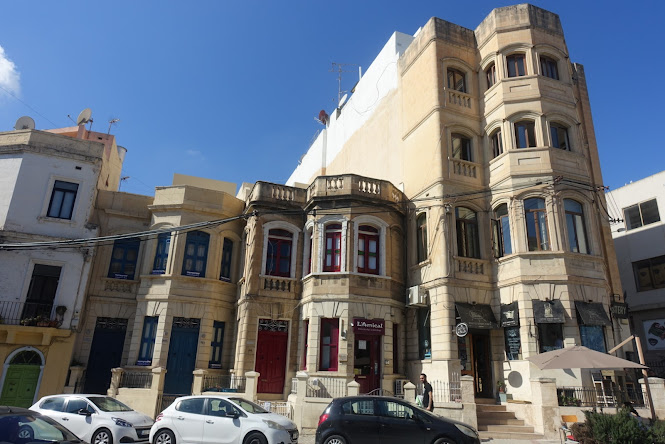 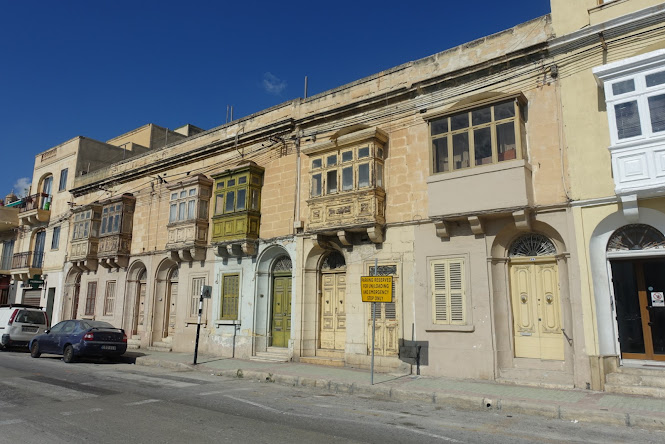 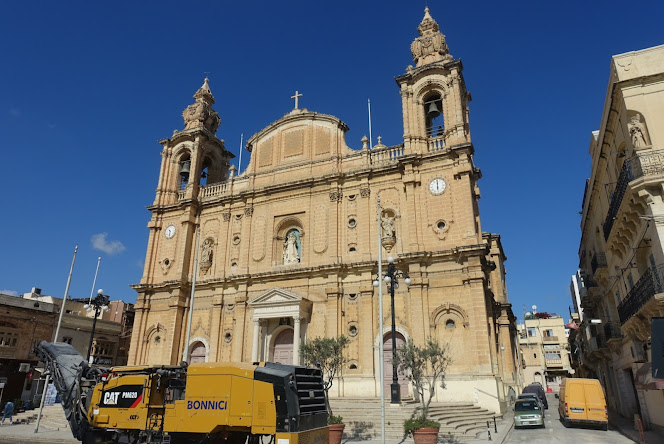 I have washed all my clothes including my shoes. At first I thought I was going to have to throw out my socks but they don’t smell since they were machine washed. I’m looking forward to having a better look around tomorrow when I’m not so tired.
P.S.
Bernadette- 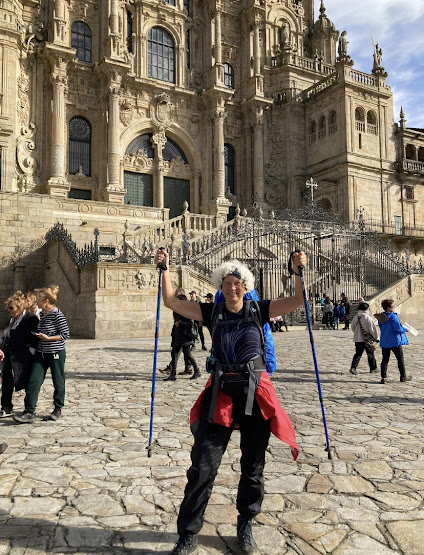 and Gary and Jane made it yesterday.  Unfortunately I had already left when they arrived. I hope to see them again somewhere someday – 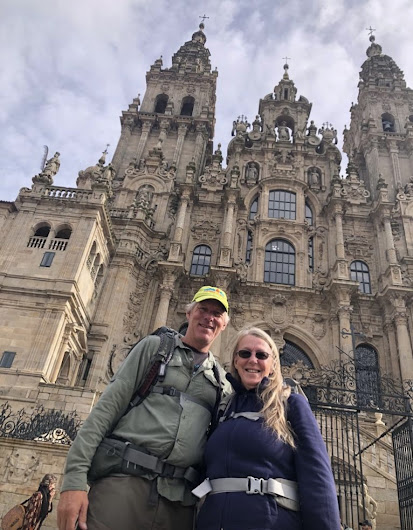 I met so many interesting people during my walk.  Gary has done thirteen Ironman races and two Extreme Ironman races.  An Ironman is a 2.4 mile swim, 112 miles biking then a marathon which is 26 miles. The World’s Norseman is an Extreme Ironman in Norway.  It begins at 4:45 am when you are taken out into the ocean and you swim towards the bonfire lit on the beach. After the swim in 50 degree water ( yes you can wear a wet suit), you bike in 180 miles of freezing rain, sleet and snow.  The marathon run was flat for 13 miles then went 10,000 feet up.  Gary finished with 1.5 hours left in an 18 hour race. He competed in Switzerland in another race but because of a bike/motorcycle accident, he wasn’t allowed to finish.

He’s working on qualifying for winter ultra running in Alaska.  It’s 1000 miles and starts before the Iditarod race.  You have 28 days to get to the end and there are 5 food drops.  You pull a sled with all your gear.  You need a plastic whistle, 25 degree sleeping bag, a way to make water and a bivvy bag among other things.  At the end you have to have 2500 calories of food leftover in case you would have run into trouble.

So it’s easy to imagine that for him walking the Camino is like a walk in the park. His wife Jane is a huge supporter of him and his Ironman races and so she wanted to do this, therefore they are here. They are such a lovely couple and I will miss them.