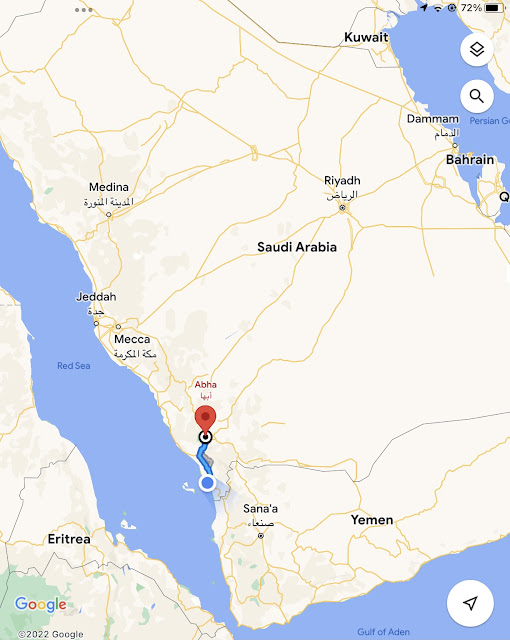 Overlanding is not for everyone and as I get older I realize this will probably be my last trip. The camping is difficult and the cooking is a pain but we have had it so easy with Karen being in charge of the food and kitchen. We don’t have to make decisions or do any shopping. However, this kind of travel does attract certain people and it’s hard to put your finger on what kind of person that is.

There are a few interesting characters on the trip- two middle-aged men who have the need to continually validate themselves. They appear to have little self-confidence and have to be constantly talking about themselves and their exploits.  One man is on Bumble and so he finds a woman in every city. She picks him up and they go exploring I guess and who knows what else. He comes back to the hotel very late and disturbs his roommates.  Apparently, he just got out of an alcohol and drug rehabilitation program and the first thing he did in Bahrain when he joined our group was have a couple beer. He is wound very tight and if someone does something to irk him he comes unglued. We are not allowed to put our drinks in the fridge because it is too small for everyone, so the other day he put a drink in and two people told him that he couldn’t. He ignored them but Karen told him he couldn’t.  He listens to her.  Meanwhile one of the people who had told him he couldn’t keep it in there brought it to him.  He got very angry at her and swore. He even sent her a private message telling her he does not want to speak to her for the rest of the trip. I am pretty sure he is going to lose it before the trip is over and he will be kicked off. The other day I was sitting upfront with him and he was showing me a picture of this cardiology nurse he had met. I got up and left. He asked me if I was coming back and I said no. He shakes when he talks, is constantly on his phone and when he learned that we weren’t making a special stop for him to get a Saudi Arabia Sim card he just about lost it.  Fortunately another passenger noticed and offered him a hotspot. He used the hotspot for at least three days and not just for emergencies. He was on his phone all day, even posting pictures to our WhatsApp group.  He’s been with us only 10 days and has completely alienated himself from everyone.  Even the man with exceptional verbal diarrhea is ignoring him and stole his seat at the front of the coach when freak out went to get some snacks.  Anyway…..

We had a bit of an incident backing out of the parking lot this morning. It must’ve been too early for the drivers because they hit a second story balcony with the coach and smashed the windshield –

We ducktaped it and can still drive but the crack is spreading across the windshield.  Hopefully in Jeddah they will get it changed.

It took 4.5 hours to get to a village called Rijal Almaa, which was only 52 km away, but because the coach was not allowed on some of the roads, we had to go around. The scenery was great –

We went through a few tunnels-

and drove along the edges of mountains-

Eventually we were in the bottom of the valley- 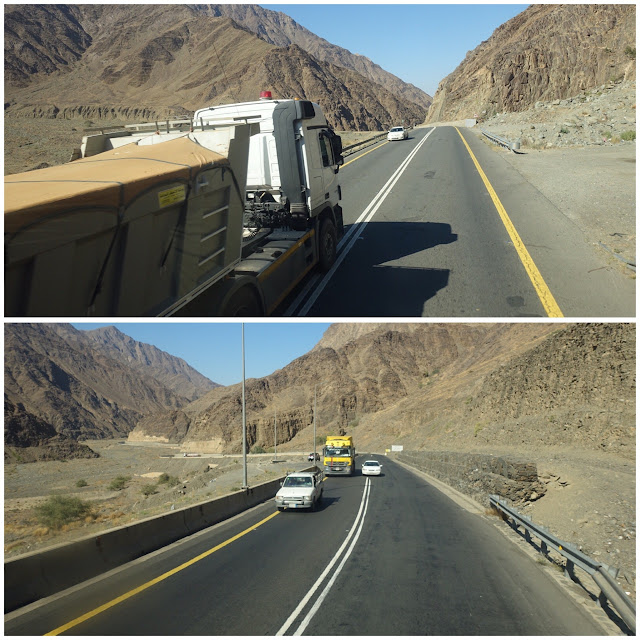 I guess this is normal driving- 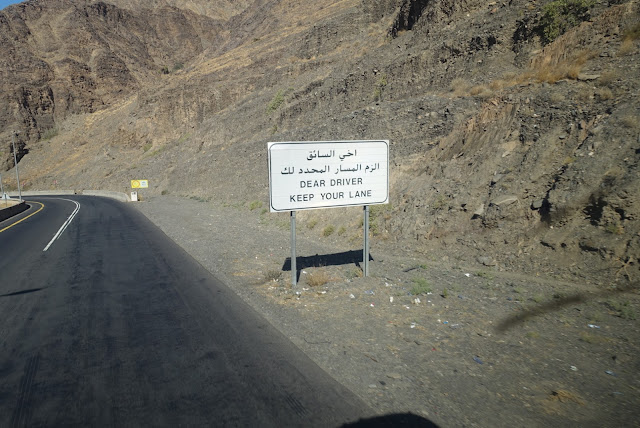 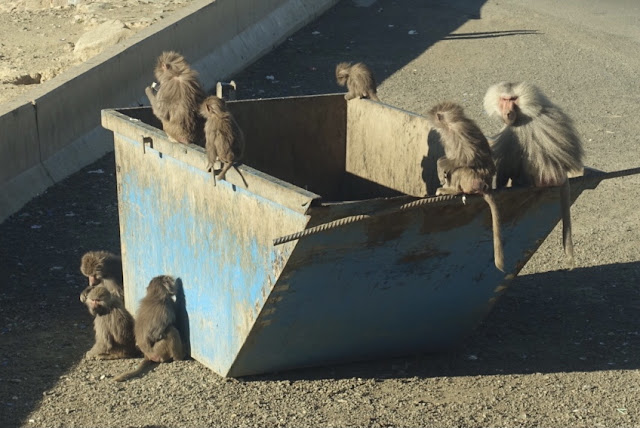 They hang out where people throw food. The garbage in this area is disgusting –

Rijal Almaa is in the valley-

and is more than 900 years old. It was a regional trading centre for pilgrims travelling from Yemen to Mecca.  The buildings are made of stone, clay and wood- 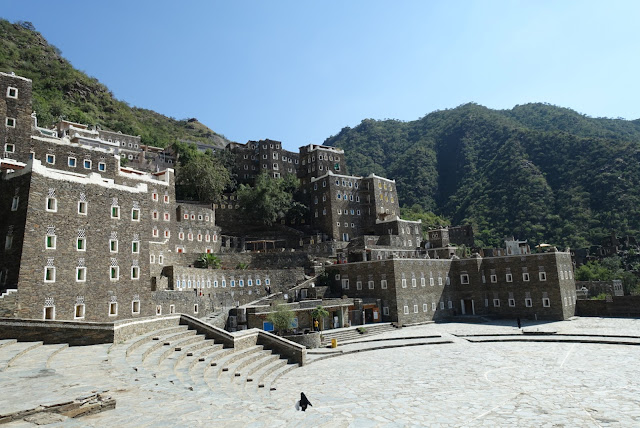 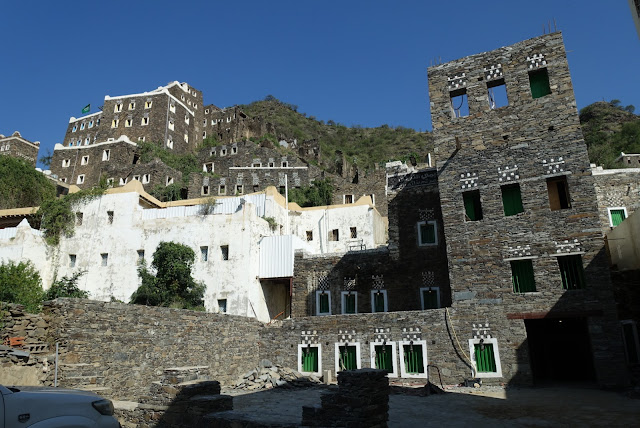 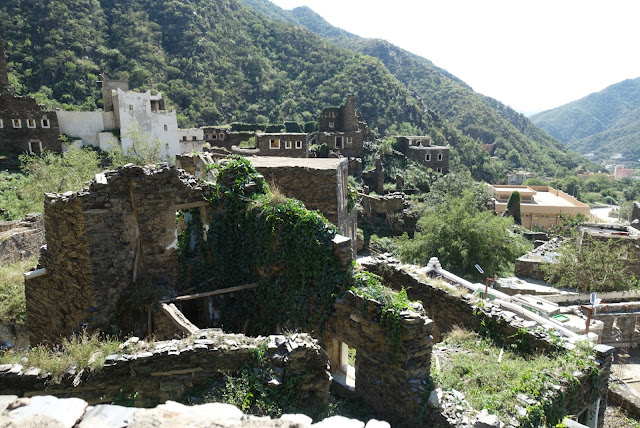 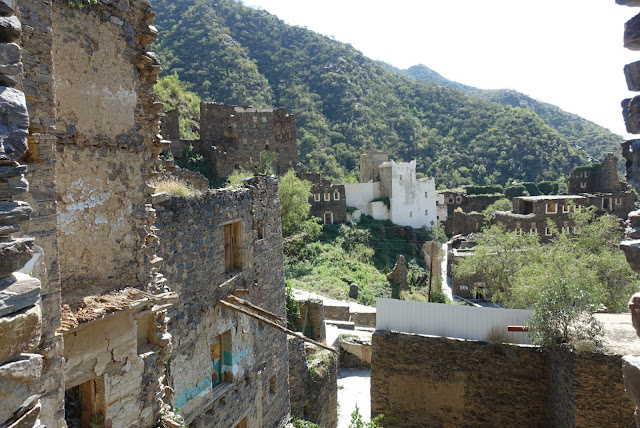 Al Qatt art Is found on the walls in the museum- 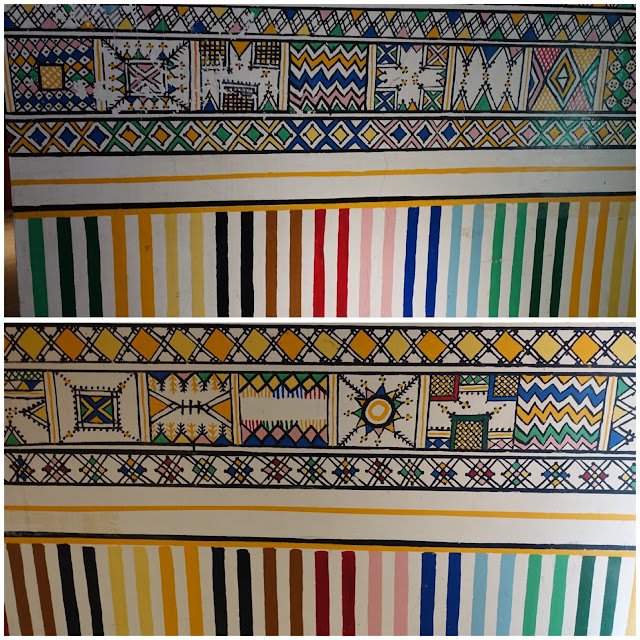 which is a former home.  One of the rooms-

The doors and windows are painted bright colours – 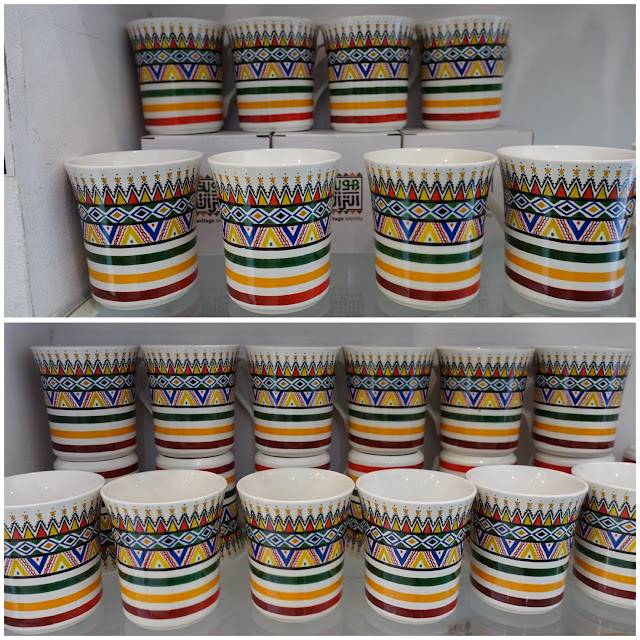 While wandering around the village, I visited with a mom and dad, their three grown daughters and two grandsons. I taught them a little bit of English and they took pictures. I think meeting the local people is probably the thing I like the most about travelling. 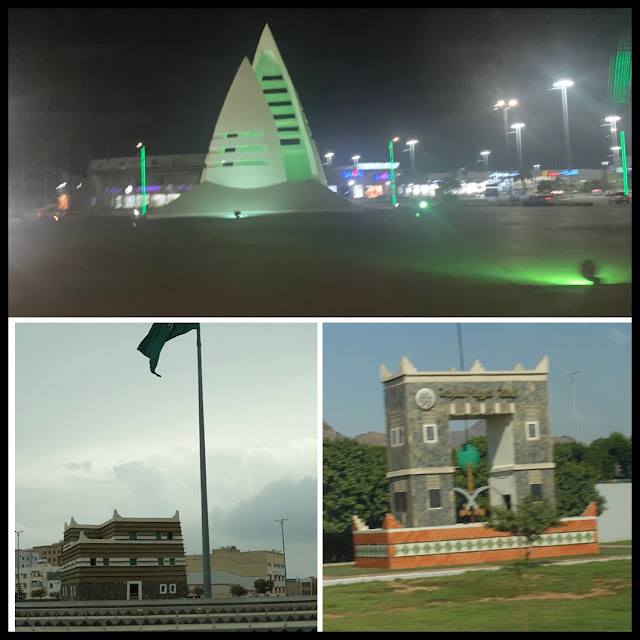 We carried on to Jizan-

through flat scrub land.  Once here, we went to the ferry office to get free tickets for the morning crossing.  The worker was painfully slow and there is a lot less English here. We are leaving the hotel at 5 AM to go to the port to cross to Farasan Island, which is in the Red Sea, for the day. I hope there is something to do!