As usual we were on the road ahead of schedule.  Along the way-

We are still in the desert!

There are frequent cameras along the highway-

I haven’t seen much in regards to oil production-

We pulled in to two gas stations because they have a restaurant or two, a small grocery store, bathrooms and often other shops.  Neither had a decent place to eat so we carried on.  There is garbage everywhere!  Maybe it’s like the Solomon Islands - ever since plastic invaded their world, it is everywhere, mainly because they don’t

have anywhere to put it.  I find that a bit difficult to believe here because we have just driven through about 700 km of nothing but sand so I think they could find a place!  Splintered tires and the odd wreckage from vehicles can be found beside the highway.

We passed by a town that has ferry service to Qatar. The parking lot was full with vehicles from people going to the FIFA soccer games-

We stopped at Al Qarah caves where old people get in at a bargain price so there are advantages!  They aren’t really caves because most are open to the sky - narrow at the top with bigger rooms at the bottom.  They are well lit and quite busy-

All women are completely covered- 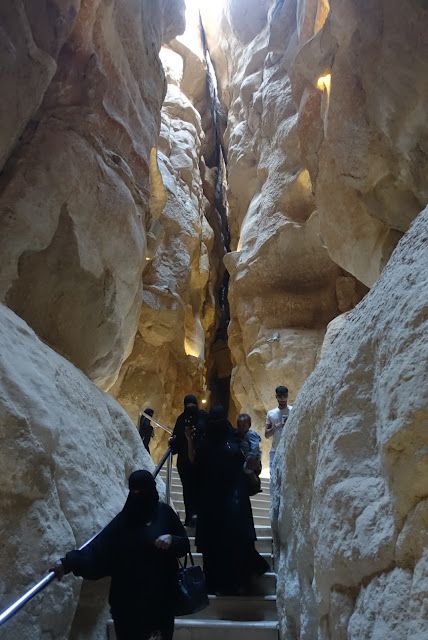 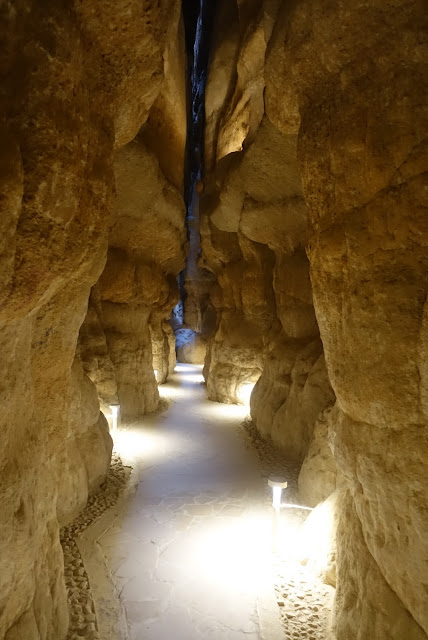 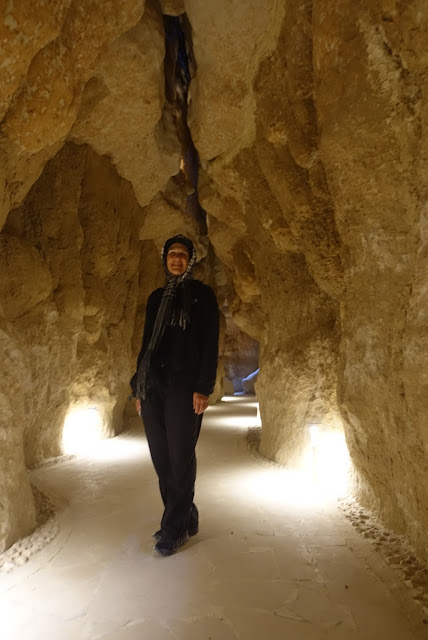 There’s a place outside to climb up to the top. I only went part way because it was quite slippery-

There are all kinds of funny shapes in the rock- 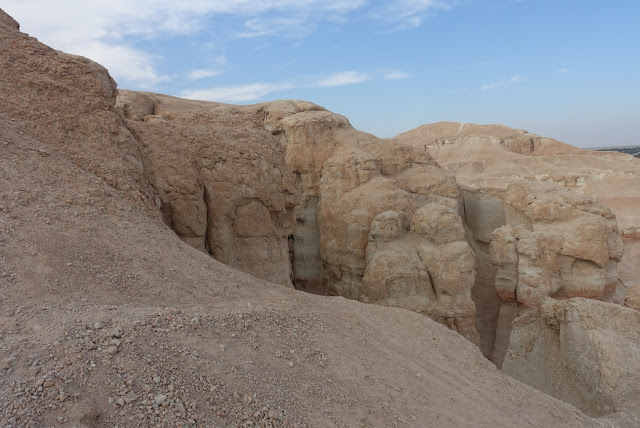 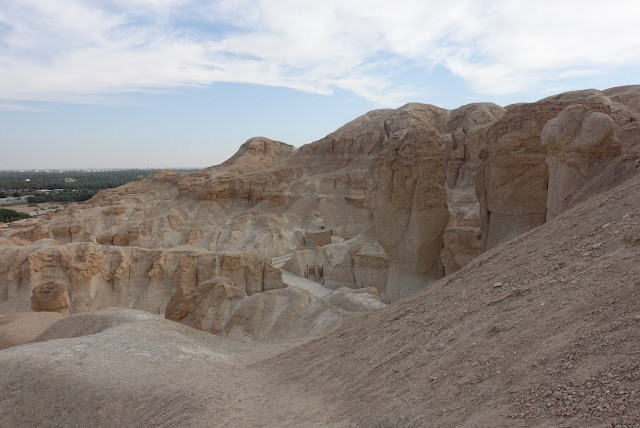 A woman was making reed products at the exit-

I don’t have an abaya but I will buy one in Bahrain at the souq.  I’m wearing long pants, my rain jacket and a scarf tied around my head.  It is so fricking hot!  In restaurants, I always ask if they are ok with me removing some of it and they don’t

have a problem, so far anyway.

He brought his pet falcon-

He set him up on a short stand- 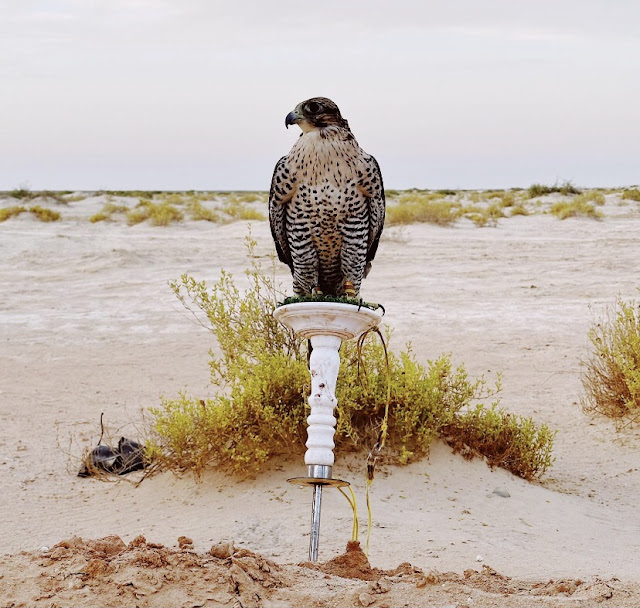 and then he brought out a pigeon and let both go.  I think the pigeon was injured because he didn’t fly very far but soon he was lunch-

and the man was gone.  I was sure he was going to ask for money but he was too busy taking pictures of us and our camp.  Saudi has only recently opened their borders to tourists so we are quite an anomaly, all these white people in western clothes ( the men anyway) and our big red bus.  I can’t imagine the attention we would draw with the truck!

Supper was smoked salmon pasta which was very good.  This trip is quite different than other overland  I’ve been on.  Karen is a trained chef and when it’s our turn on cook group, we chop and do the menial tasks but she is the boss.  It is awesome as she plans everything and spends hours shopping.  We don’t have any responsibility at all which takes a lot of pressure off.  In the mornings she is always up first and has the kettle on by the time we get there ready to help.  The way it’s looking, each group will only have to cook 4 times so I’m half done!

We have an early start in the morning to get to the camel market in Al Hafuf and then to the souk.  I’m  enjoying myself!