Happy happy birthday to my Mom who is 85 today! 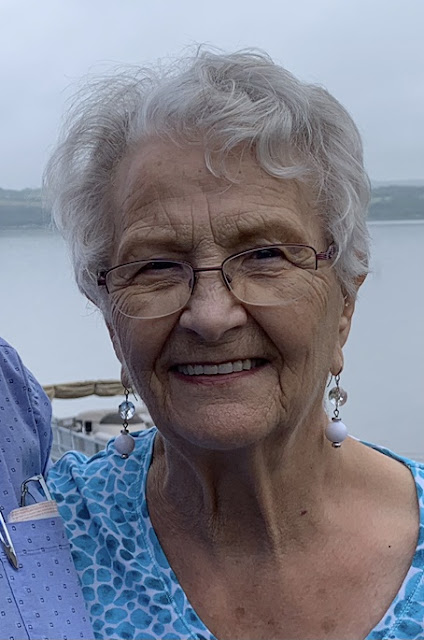 We were on the road before 7 but had to pack our tents dripping wet.   It got down to about 10 so there was a lot of dew.  I was very warm though because I have a down sleeping bag although as soon as the sun disappears, about 5:30 pm, it starts to get really chilly.  We are lucky there isn’t much wind.

It finally started to get a little greener-

Most roundabouts have a fancy centre piece- 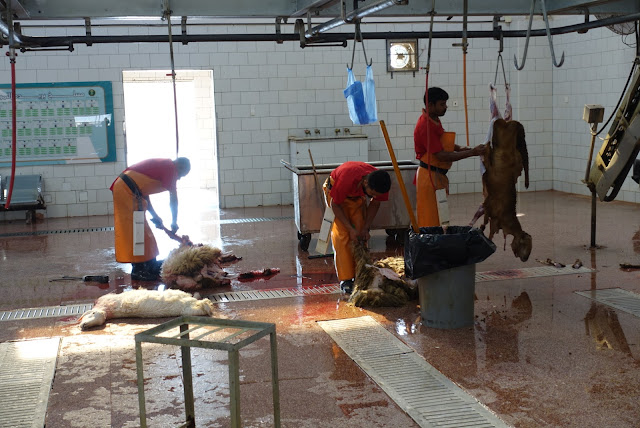 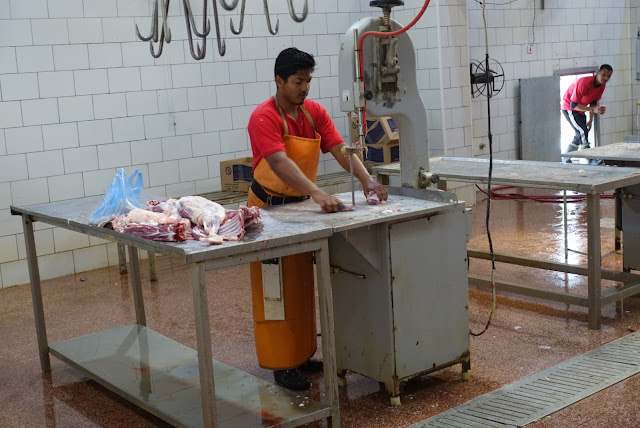 Later, I spent a lot of time in the goat market, visiting (sort of as most speak little to no English), to the men who are from Egypt, Sudan and Saudi.  They love having their pictures taken-

The goats are so hairy and smelly-

I walked a little further and came to a camel auction-

These two were pretty stressed; foaming at the mouth.  This guy was tethered with his front leg bent and tied so he couldn’t run away, then they had a heck of a time trying to get him to stand up-

A Mom and her newborn-

I stopped in a restaurant for lunch.  I’d go crazy having to sit on the floor all the time but for them it’s normal- 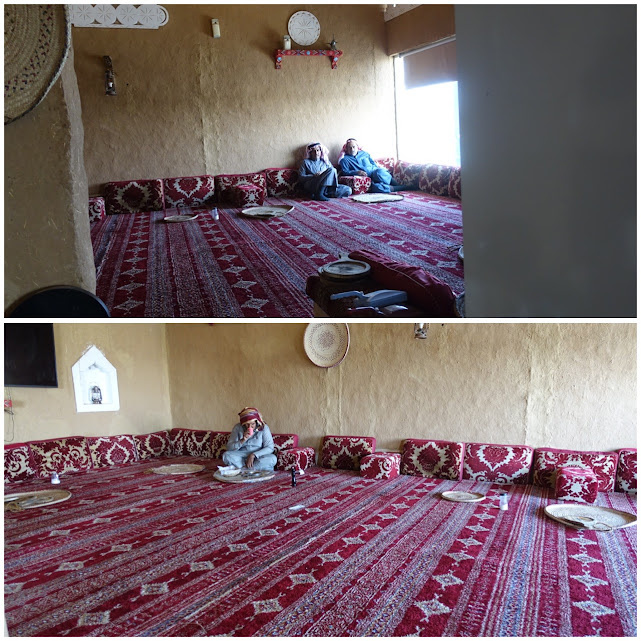 It’s rained a lot which is abnormal.  People flock to the puddles to picnic- 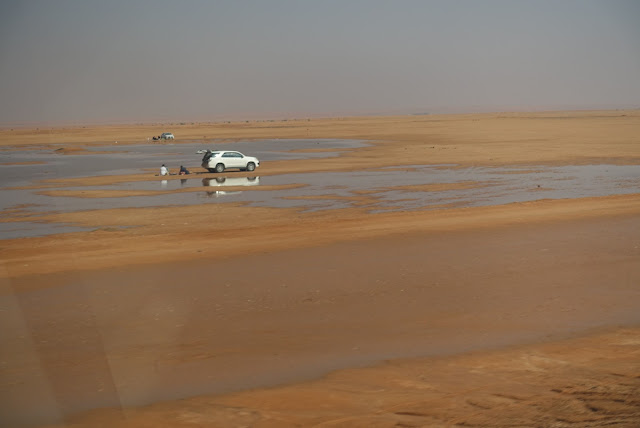 From here we went to Ushayqir to a heritage village.  Years ago it was a gigantic walled town, built to accommodate travellers on their way to Mecca-

Today most of it is in ruins-

Individual families are restoring their properties.  I had tea in this house-

Saudi opened up 4 years ago but then Covid happened so it’s been slow in attracting tourists.  They are preparing for the “flood” which is definitely going to happen.  Their goal is to be ready by 2030 and to have hosted 100 million visitors by then. I’m very lucky to be here “first”.

After getting a couple Jerry cans of potable water- 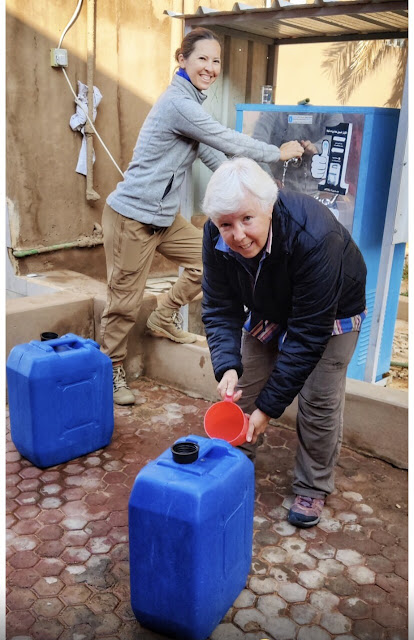 we set up camp early so we had time and sun to dry our tents. It’s going down to 9 so they’ll probably be soaked again in the morning.  We are always on the lookout for water and the mosques are a good source.  Most have a 2 or 3 fauceted machine which provides filtered water for free.

At our campsite which was a local park, I visited with an Indian family and the man has been here 10 years working as a civil engineer, now in Riyadh.  His wife said she is free to do anything she likes as well as not wear an abaya and head scarf however she is Indian, not Saudi.  I think it will take awhile to change, especially with the older generation.

Tomorrow we are off to Jebel Fihrayn, also known as “ End of the World” as we make our way to Riyadh.