I felt normal this morning, thank goodness so headed to the souq- 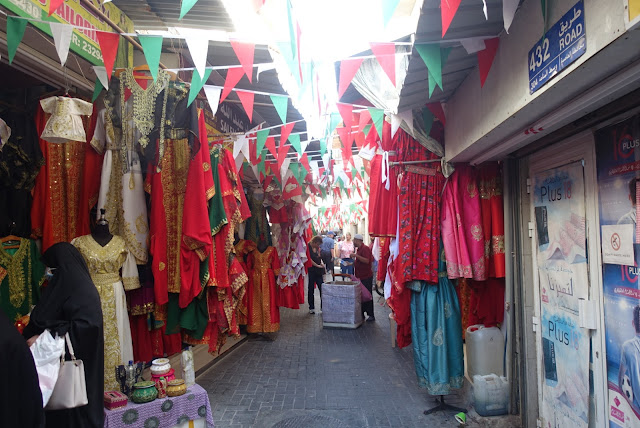 I love the spice shops- 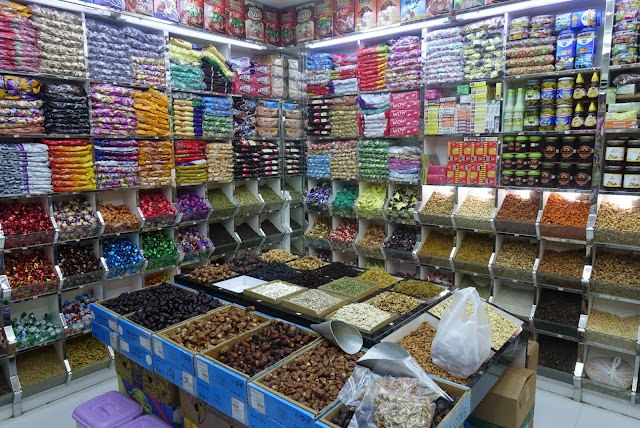 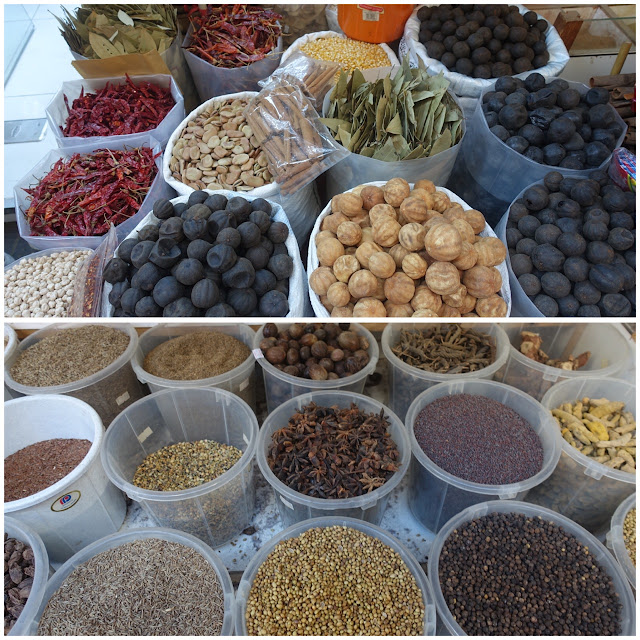 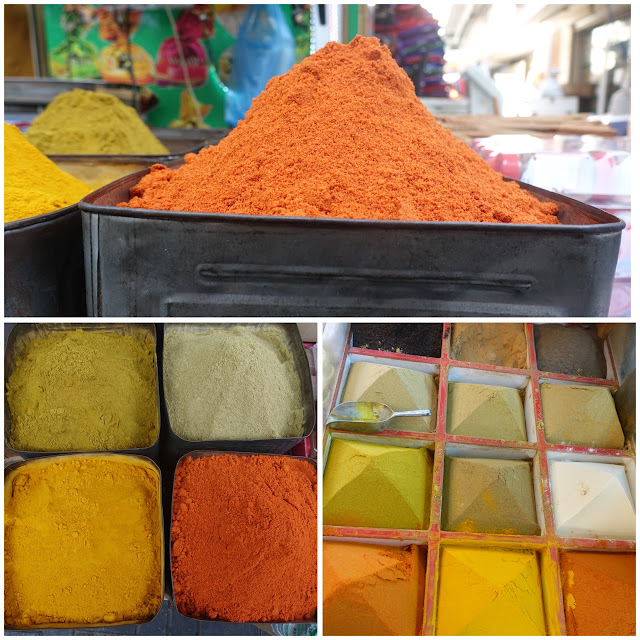 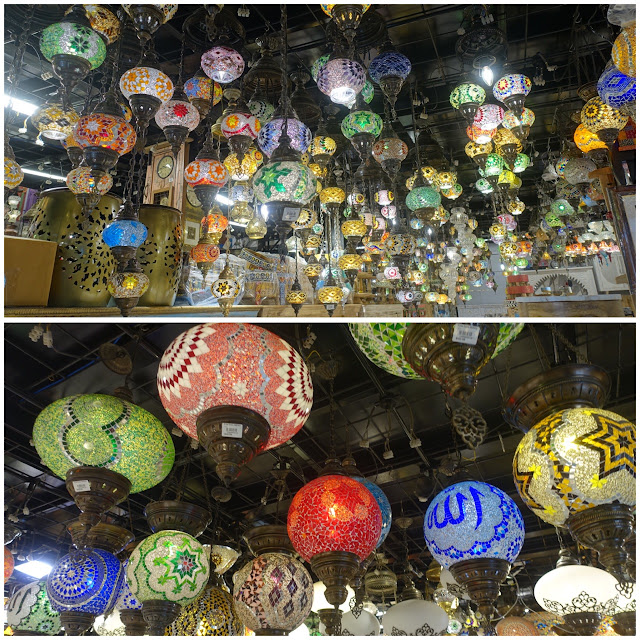 The dresses are very ornate- 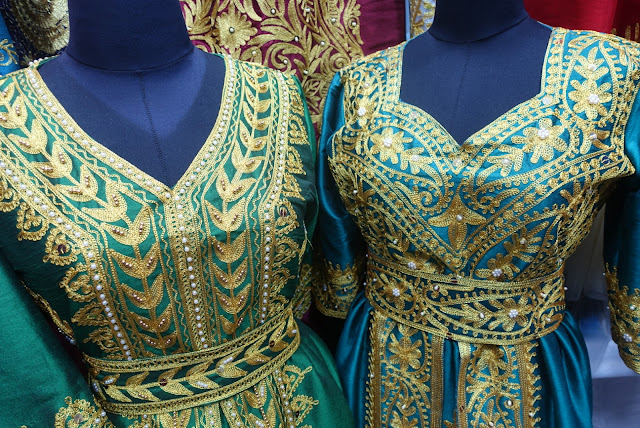 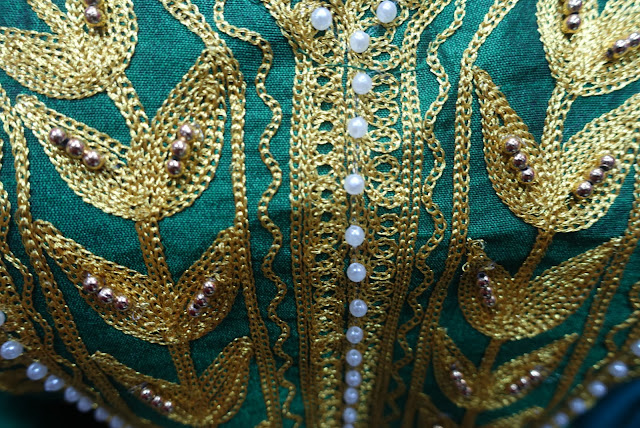 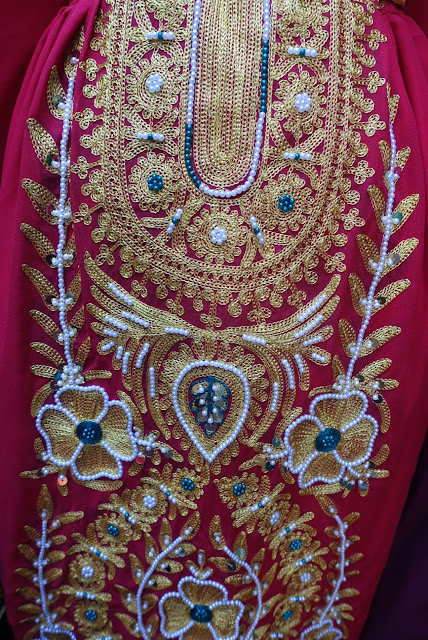 and the embroidery is done in the shop- 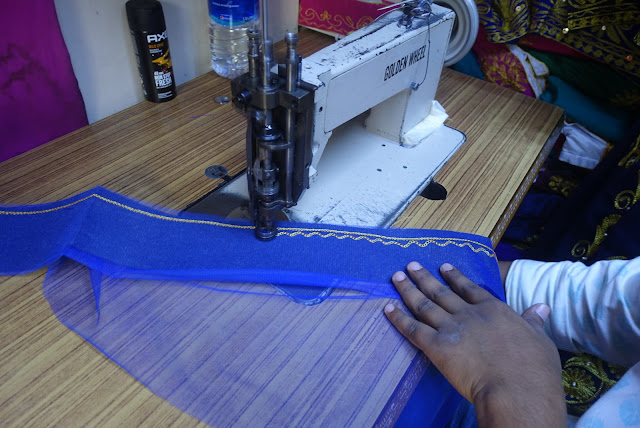 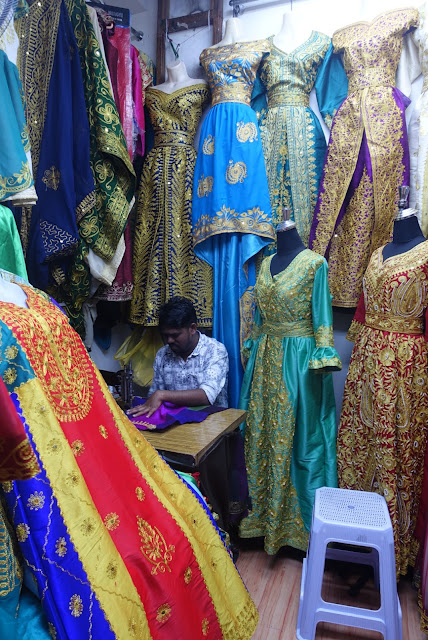 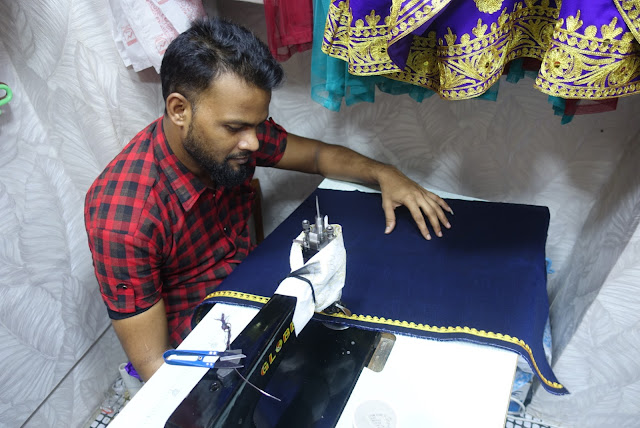 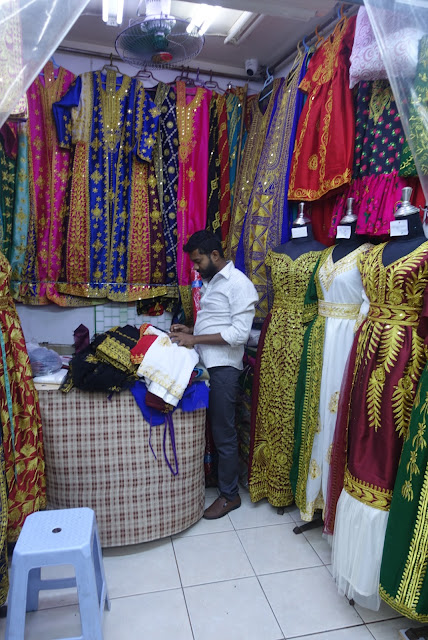 There are furniture shops- 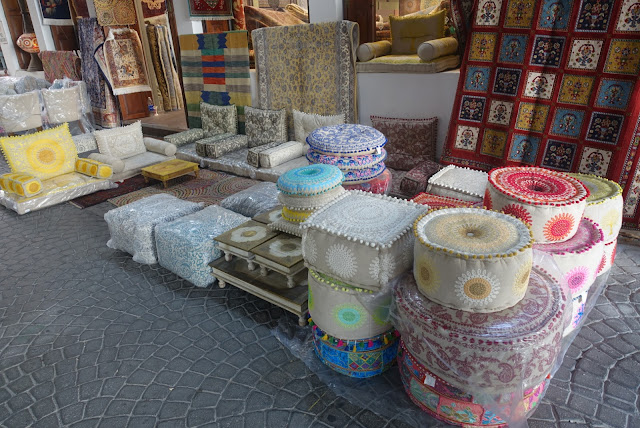 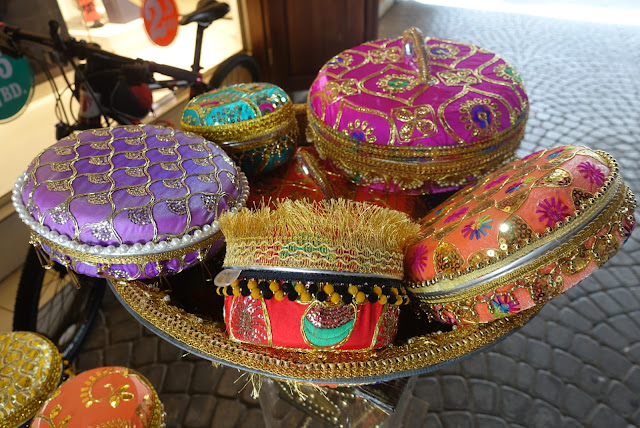 Incense burners are out on the street in front of shops.  The smell gives me a headache- 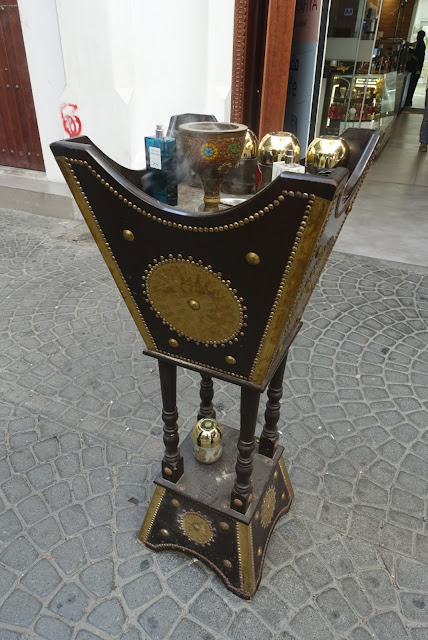 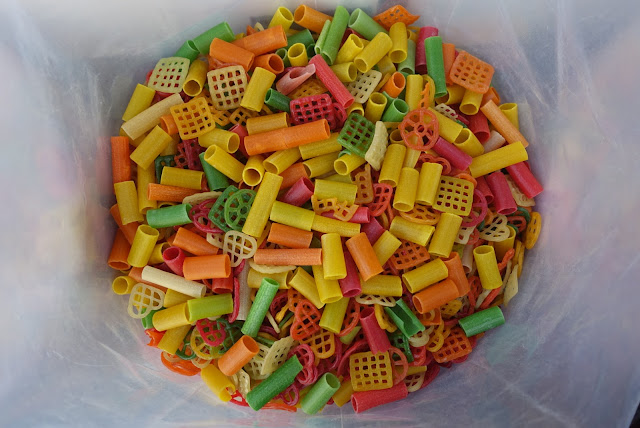 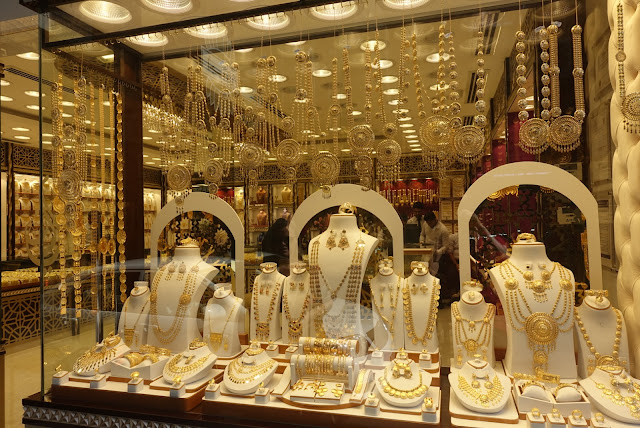 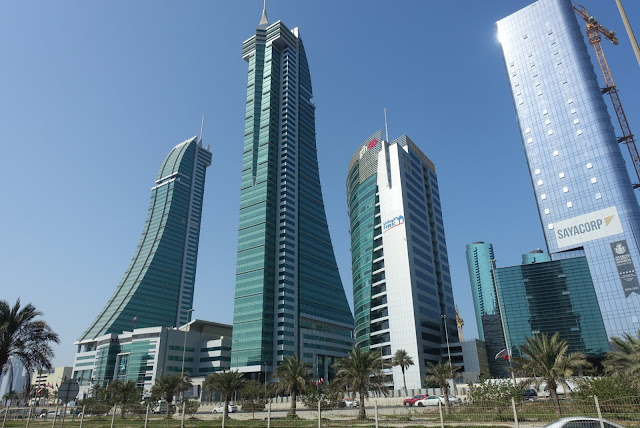 and the Bahrain World Trade Center- 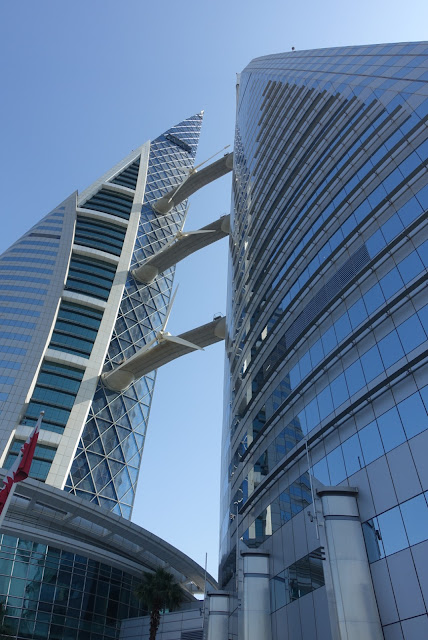 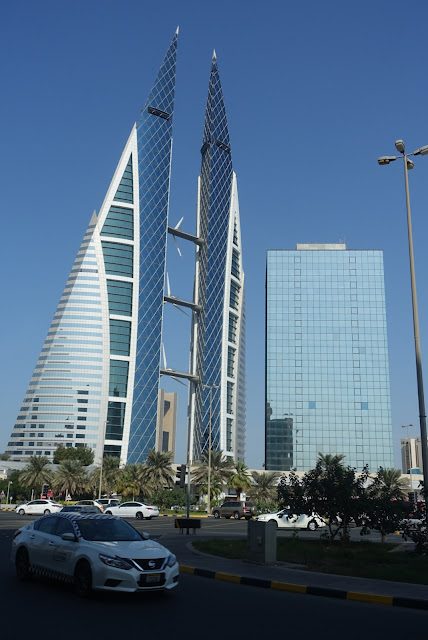 There are even wind turbines mounted on the bridges- 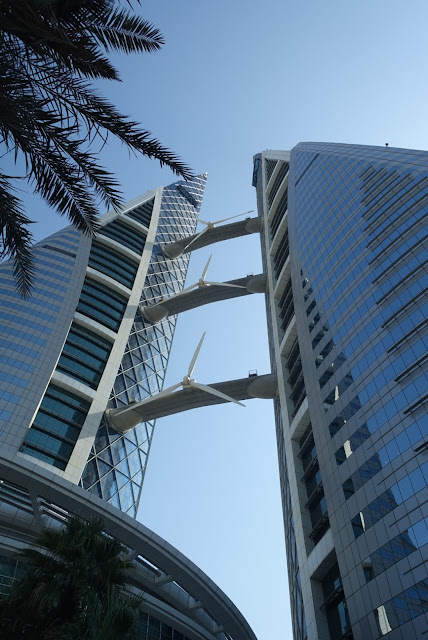 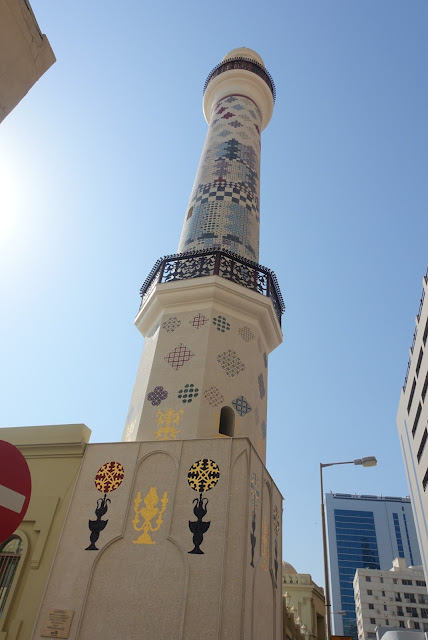 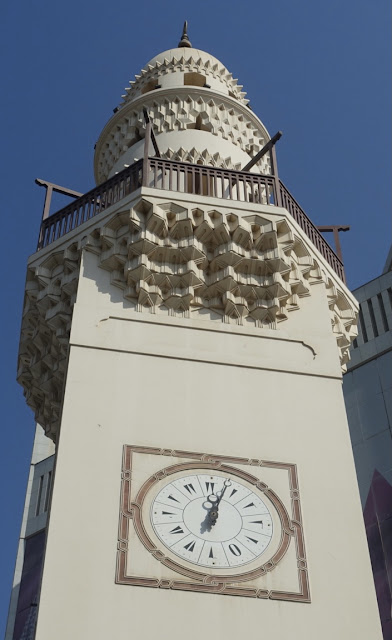 We went to a restaurant promoted by Lying Planet and it was awful.  I did however like how they  were baking their bread.  First, the ball of dough was flattened and shaped on a mould- 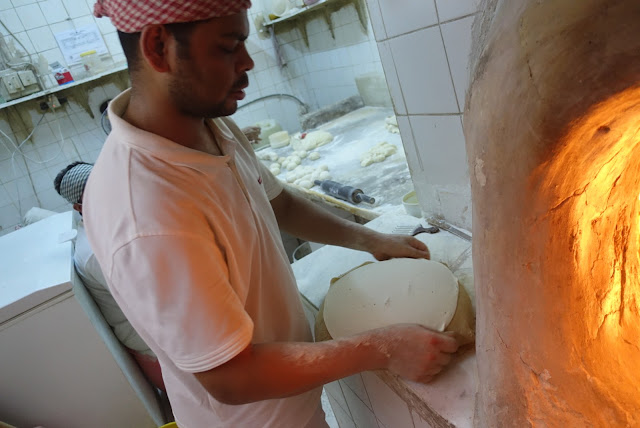 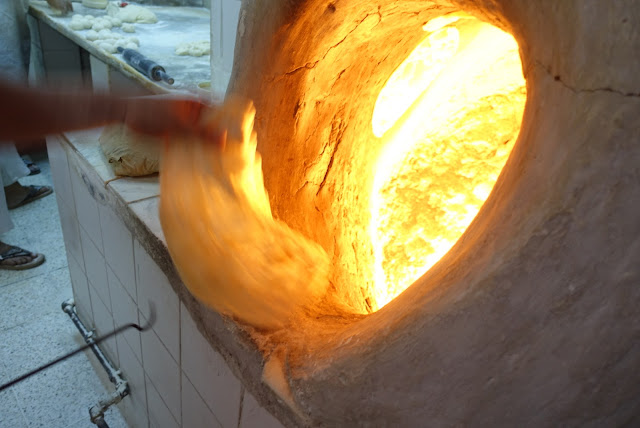 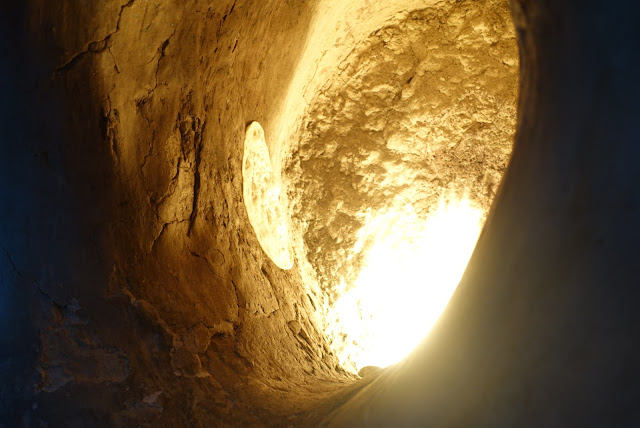 Once cooked, which only took a few seconds, he pulled it out with a hook and threw it into the bread basket- 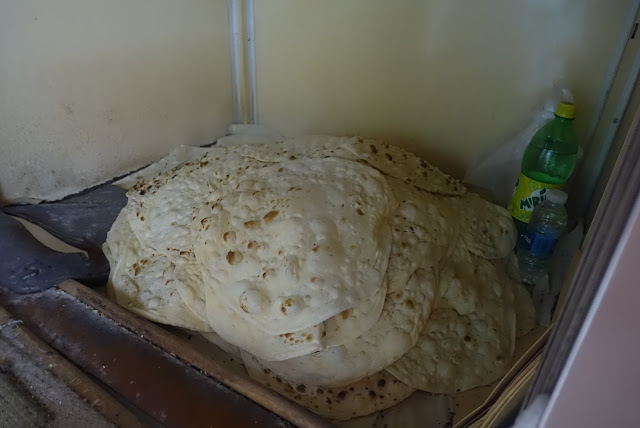 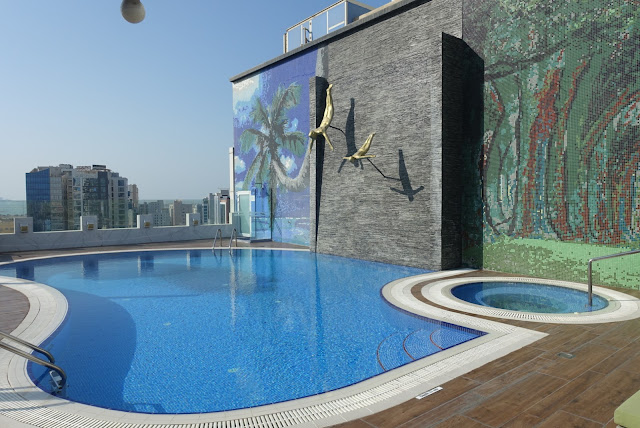 During happy hour, I had a couple beer in the “last chance saloon” as there will be no alcohol in Kuwait or Saudi - nothing until December 31!

We have  an 8:30 departure as we head back to Saudi to bush camp before heading into Kuwait the next day.