I had a very lazy day, not moving except for breakfast until early afternoon.  Then I walked 6 kilometres to the palace, only to be told it’s closed for a week.  I carried on to Masmak Fort/Museum- 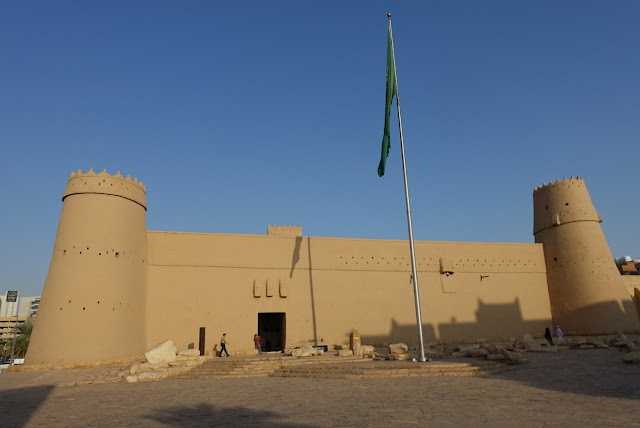 which featured an explanation of the Saud family coming to power.  In 1902 Emir Abdul Aziz bin Abdurrahman Al-Saud and his gang stormed Masmak Fort.  The main door is original, which I find hard to believe- 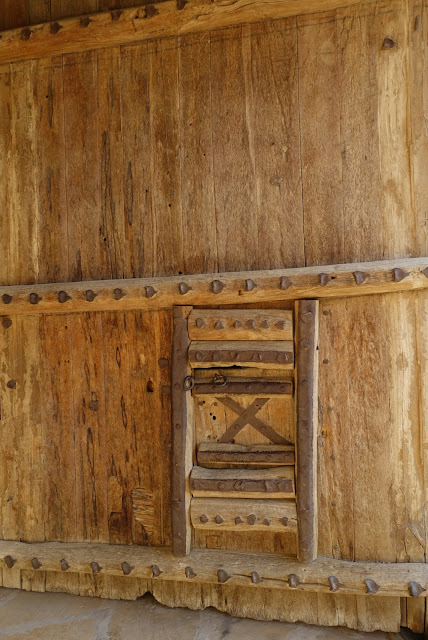 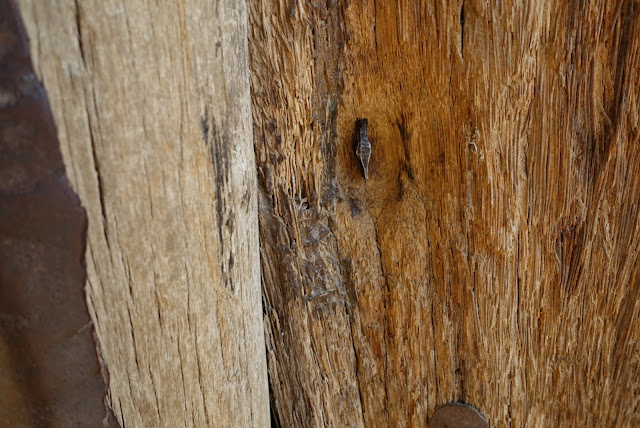 There’s also a coffee display explaining about the dallah which is the traditional coffee pot.  It represents generosity and hospitality- 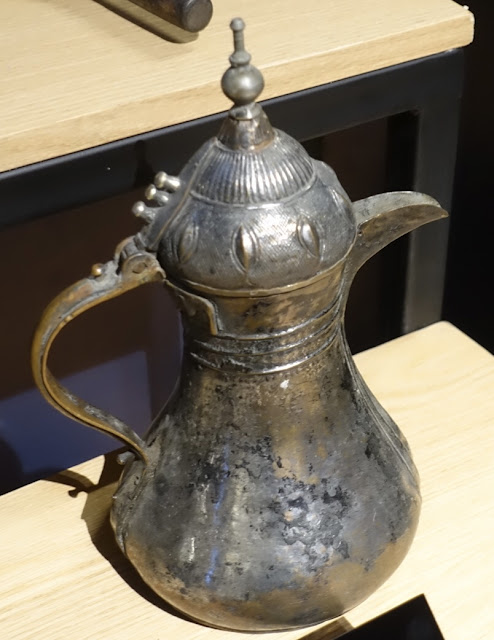 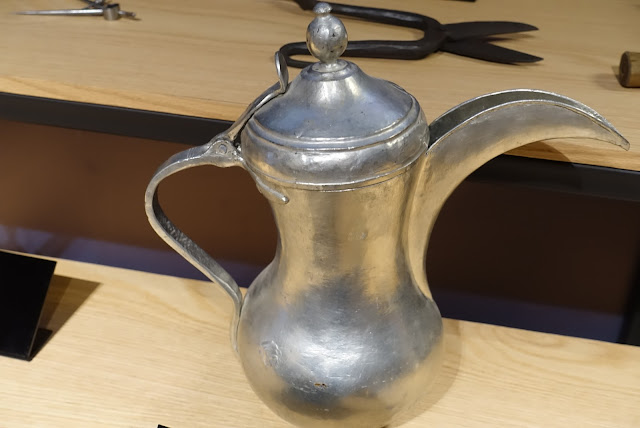 The most expensive dallah in the world because of its decoration- 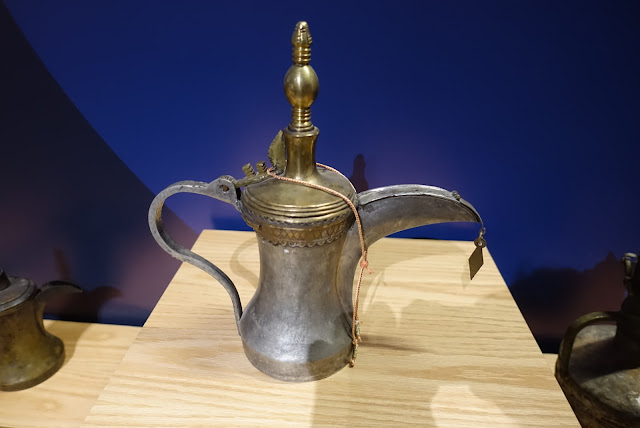 The naqir was used to grind the beans and spices- 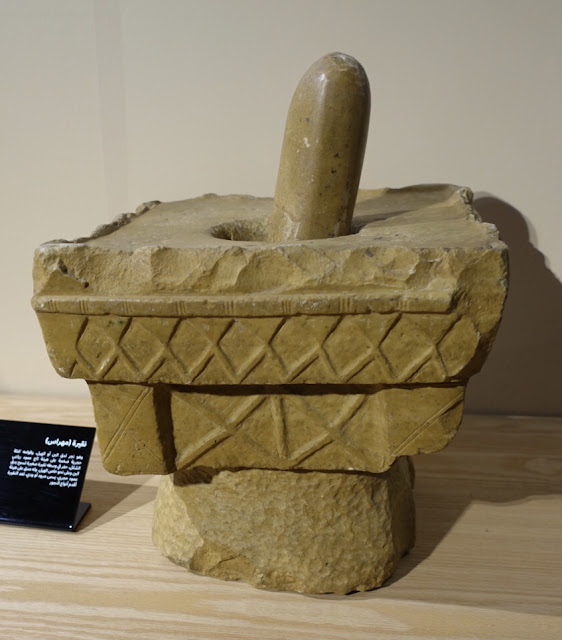 There were also photos of Riyadh in the past.  The souq in 1937- 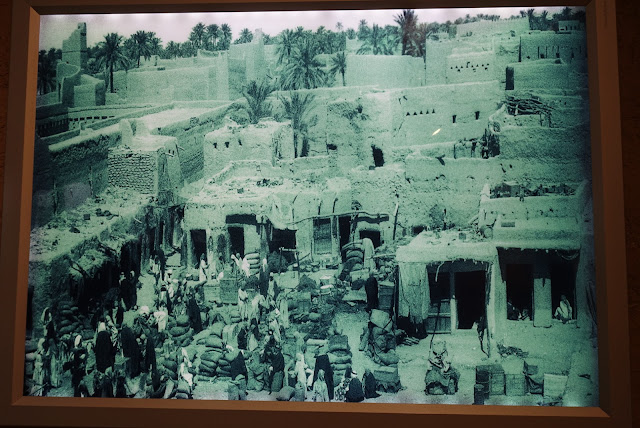 Barbers and dentists in the souq in 1951, removing teeth in the street- 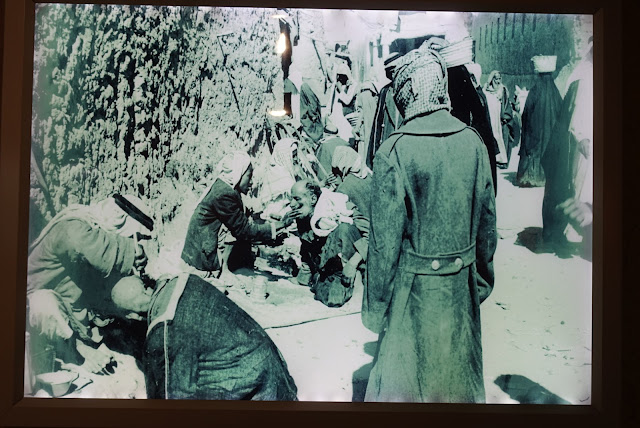 I could have ignored the fort and been just as happy but it was something to do and good exercise.
Once again- 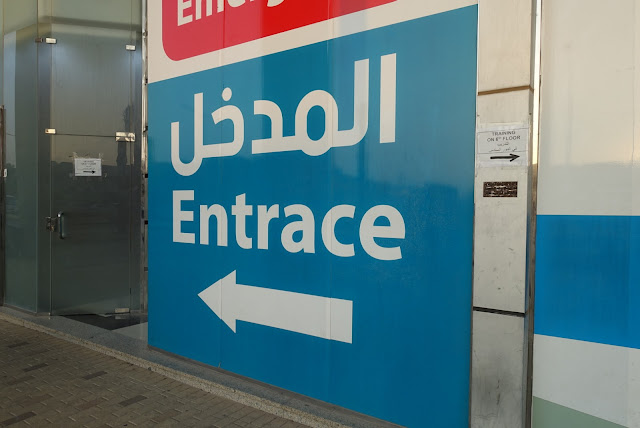 Who knows what I’ll do tomorrow!