Another day in paradise!!  I spent a good part of the morning trying to book a bus ticket to Mazatlan for tomorrow but both my MC and Visa were declined so I called both places in Canada and they set them up so they should work fine. But they didn’t.  So now I have to go to the bus station a little earlier in the morning in Mezcales, which is only 10 minutes away, to buy my ticket.  I also sent out  emails to three prospective Air BNBs in Mazatlan and booked the first reply.  It’s in the Centro Historico so hope it wasn’t built at that time unless it has been renovated at least once!  I’ll know tomorrow night! 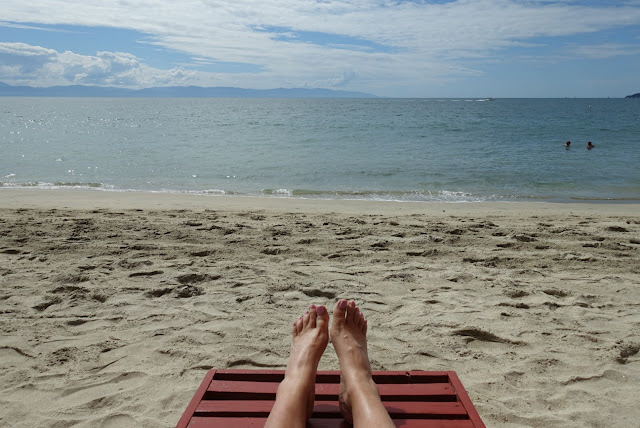 Horses frequently go by in case anyone wants a ride- 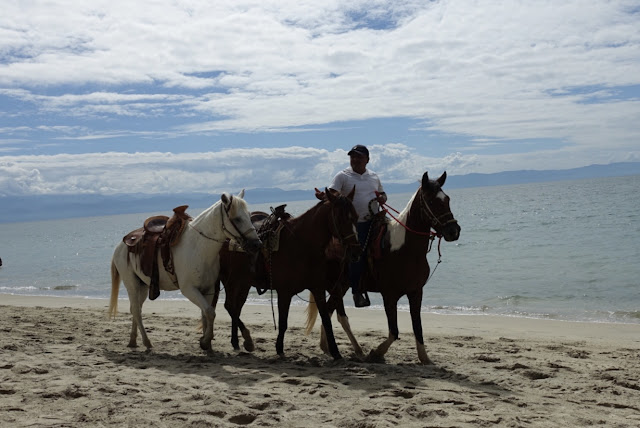 I met a couple from Seattle who have done a whole pile of interesting trips including a 6 week bicycle trip in Patagonia - well interesting for them but not for me.  They were on gravel a lot of the time, sometimes 4 inches deep and had to push for many miles.  They also battled days of rain and wind and because towns are so few and far between, they spent 5 days onetime in between towns, sleeping in a soaking tent.  How on earth would that be fun?  They also went to the centre line of the path of totality during the last solar eclipse in 2017 which was fewer than 100 miles from Seattle.  There, they met a man who had a couple solar telescopes set up so they could look at the sun when it was totally eclipsing.  The shadows coming through to the ground were crescent shapes!  In March, they are taking a cruise around Norway to be 100 miles north of the Arctic Circle to see the northern lights!  It was very interesting talking to them.  As well, I was beside a man from Montreal who has sold everything and now will spend 6 months in Mexico and the other 6 months in a park model at an RV park close to his home.

After awhile, I couldn’t help myself and had to have a pina colada and wouldn’t you know it, it was Happy Hour so they were 2 for 1- 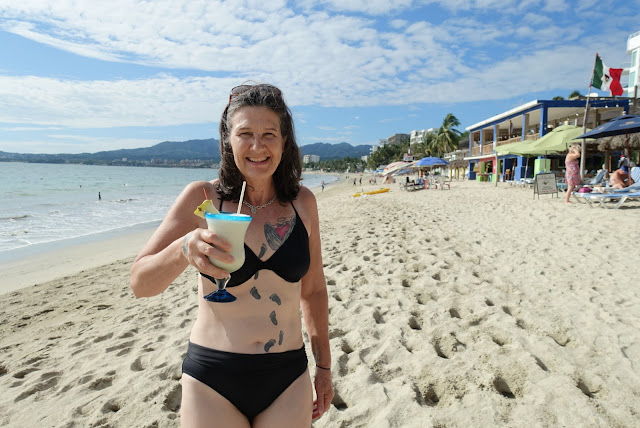 As its cooling off, finally say the locals - it’s been awesome the last two days, I went home to change then went searching for the carpet store the Seattle couple had visited. I found it just across the bridge and of course fell in love with a few.  They’re Zapotecan carpets and two years ago while in Oaxaca, I visited a few shops too.  I’m not going to buy one until I’m back in this area, and then only maybe.  Where would I put it?

Supper was chilli rellenos which are roasted chillis stuffed with queso - feta would be great, then coated in a bread/egg mixture, fried and served covered in a mild salsa- 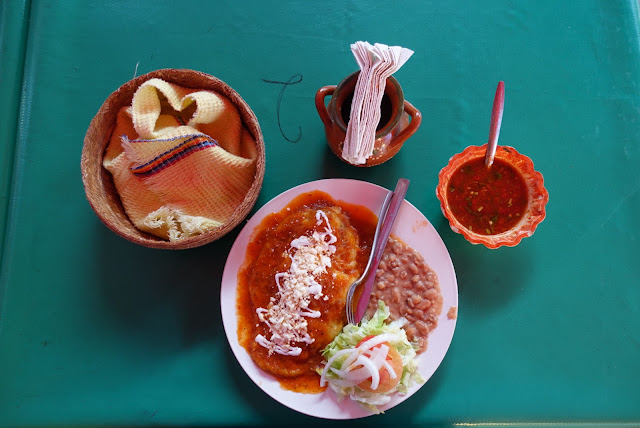 Of course, you get tortillas, which I just about never eat and extra salsa that was sooooo hot.  Frijoles are a staple as is a small salad and arroz which I skipped because I don’t like it.  They are very good but I’ve had better than these.  I’ll keep trying- 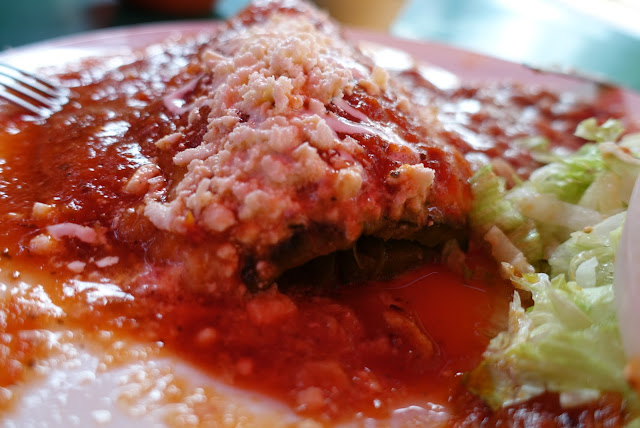 Before returning to my room, I wandered around a bit, watched the sunset then checked out a hotel that looked interesting.  I walked into another place, past the entrance and the man who was watching tv and looked around at a gigantic kitchen and dining room.  Meanwhile the man stuck out his arm and asked what I was doing.  It turned out I had walked right into his casa!  With deep apologies, I got the heck out of there!

I had a great day and am not so sure I should be moving on quite yet but too late!  Hasta la vista Bucerias!  Mazatlán, here I come!