I said adios to Carlos and booked an Air BNB apartment for a week in the Zona Romantica which is further south from where I was staying.  Hostel Boutique Vallarta is the top red dot and the bottom red dot and blue arrow are where I am now.  I’m in the heart of everything Mexican and not as many tourists although there are a few walking around.  I’m also five minutes from the beach.  I have access to a washer and line as well as a small courtyard that I can’t see sitting in but we will see.  Initially I was going to book the suite above me but there’s a curvy steel staircase that I could see falling down so I opted for the main floor.  I rented from Sean who is from St Louis, just like Liar #3 the other day and was sure hoping that Sean wasn’t going to turn out to be Joe- 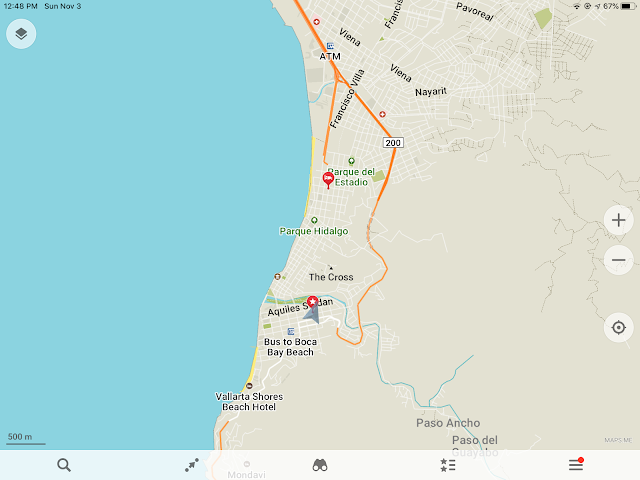 I have a living/eating room- 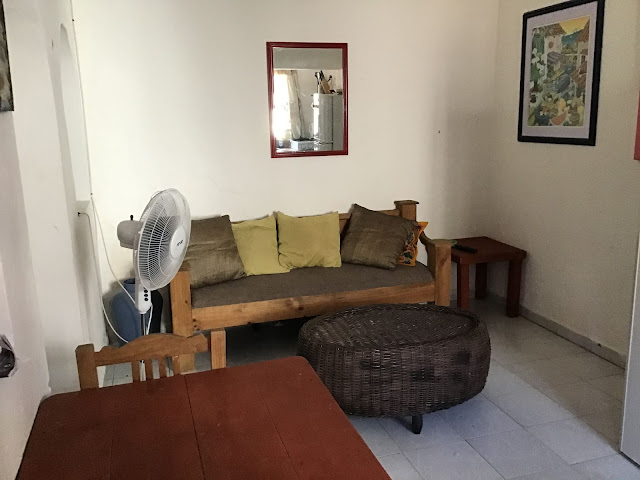 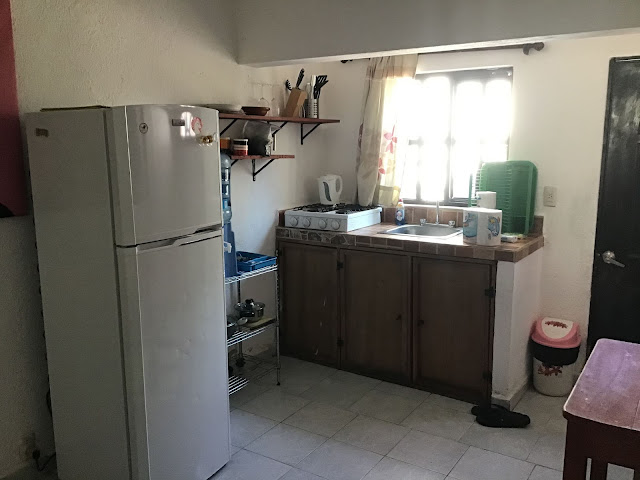 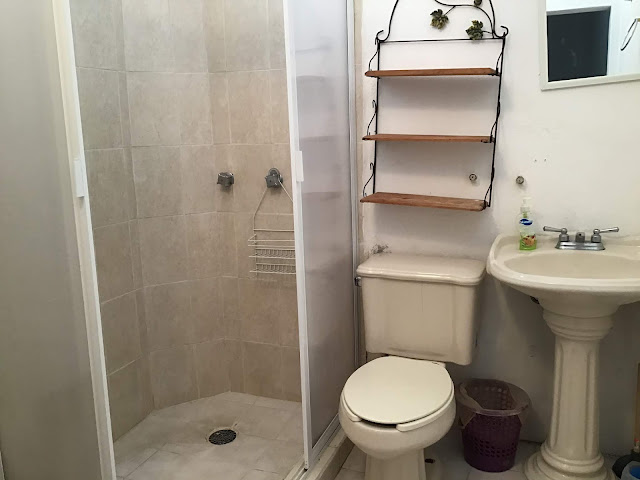 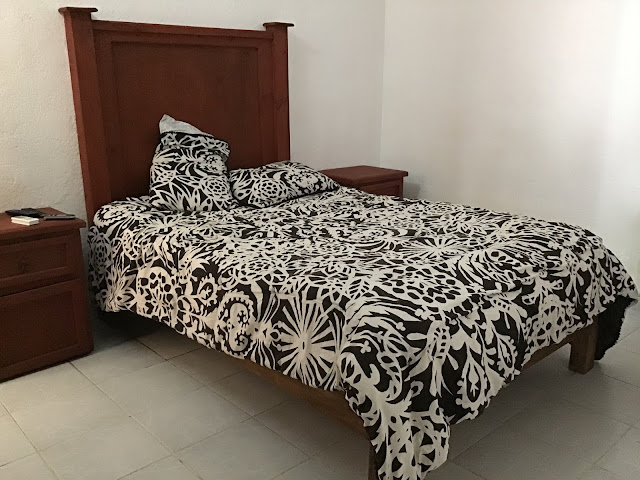 I paid $233 for a week and am going to look around for other places in case I want to come back for an extended period.  I spent the hot, humid day - it was 34, the hottest it has been so far, (Complain, complain.  First it’s too cold in Canada so I have to leave, now it’s too hot in Mexico.  Never satisfied!) enjoying the AC.  Later, I wandered around and had a fish taco for lunch, then beef tacos for supper.  Eye meat was an option so I had a taste.  Yuck.  Squiggly just like you might imagine.  While walking along I came to a bar that was just hopping with expats.  I didn’t stop in for a beer but later saw Allan at the same bar we were in yesterday.  I told him I have moved to the area for a week.  I sure hope he doesn’t think I’m stalking him!  I watched an art auction online from Calgary as there were five Allen Sapps for sale that sold pretty well.

I’m just enjoying relaxing and having my own place all to myself.  Looking forward to tomorrow and another day in paradise!