I had a horrible sleep, considering I was the only person in the dorm and couldn’t blame it on noisy neighbours.  The AC was too cold so I slept with my jacket on and used my towel as a blanket.  I just about always have awesome sleeps so when I don’t, I’m very unhappy.  However....

I had plans for a relaxing morning, then a trip to the cemetery, then on to the Escondido Bar to watch the game when Carlos told me we were dropping Karen off at the airport and the rest of us were going fishing.  Wow!  Carlos keeps his truck in a garage across the street and his boat in a compound north, almost in Nuevo Vallarta.  We stopped at an Oxxo for 10 peso ham and cheese sandwiches and beer.  We drove to the marina in Nuevo and unloaded- 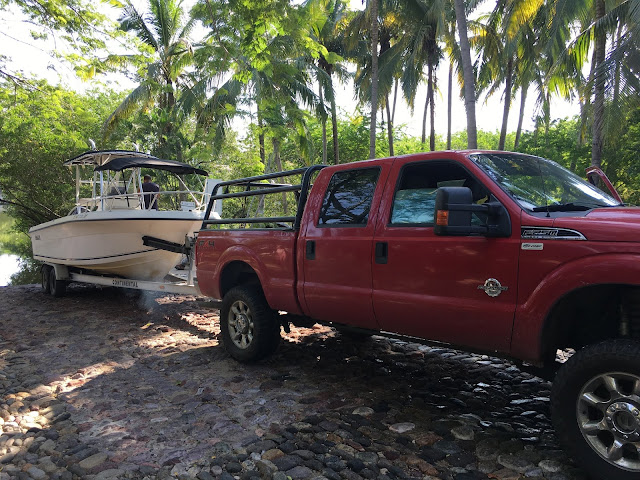 It’s truly a fishing boat.  It can hold about a dozen rods at once- 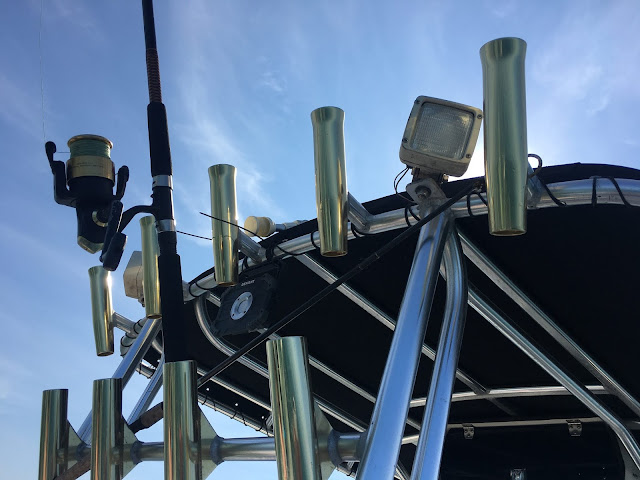 It took a long time to get through the marina- 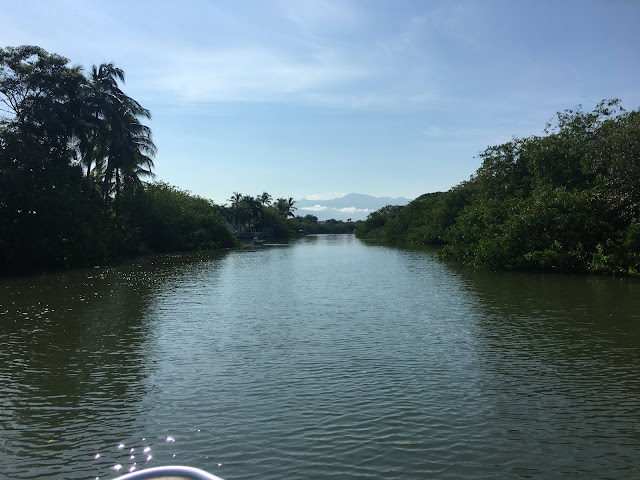 There were pelicans in the trees- 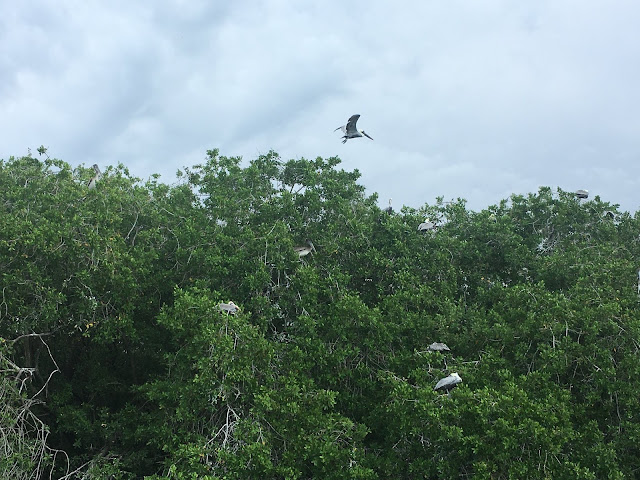 I also saw a blue heron.  There are a lot of sweet boats- 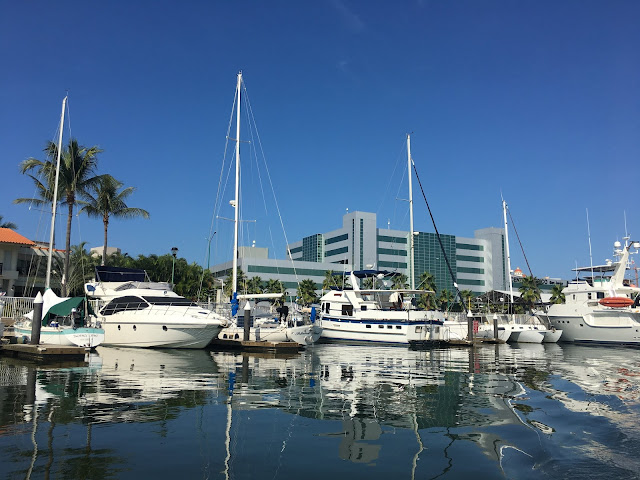 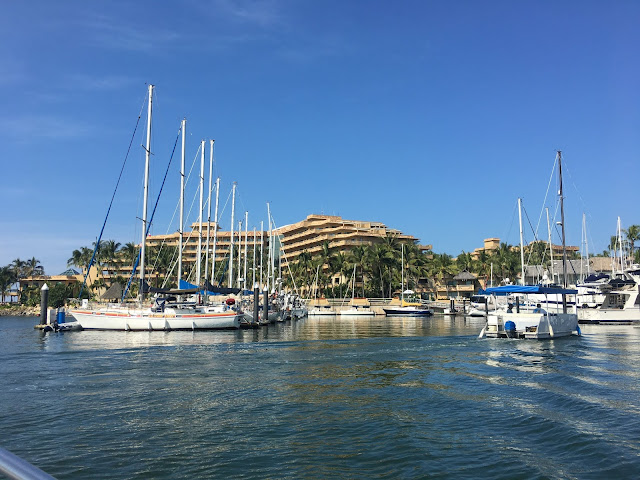 And this is a nice view of Paradise, where Jane, Nico, Andi and I will be staying in January- 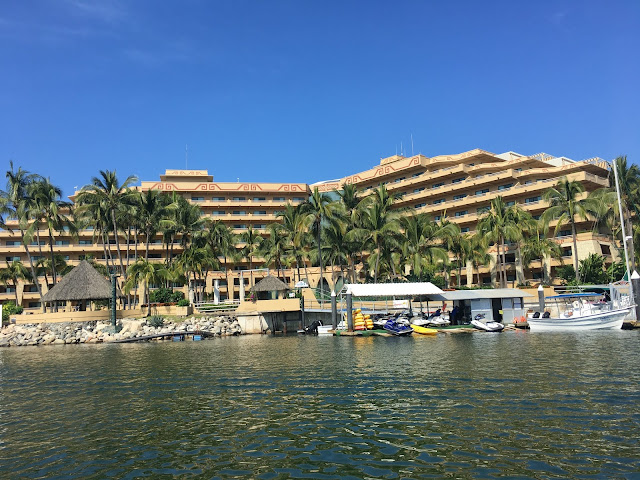 The Bay of Banderas was as smooth as glass.  We caught 2 fish- 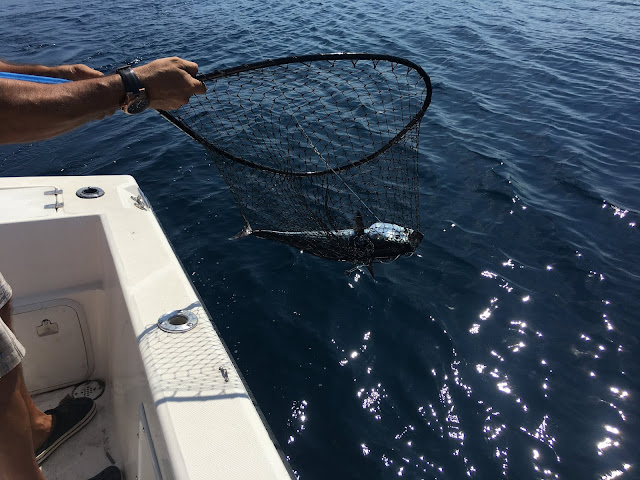 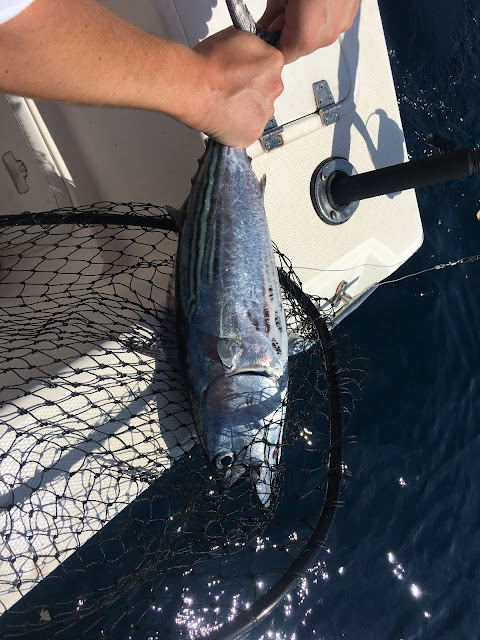 and Carlos kept both to give to the man who runs the storage compound where he keeps his boat.  We stopped at Yelapa to swim.  They were paragliding but one chute went up so high we could barely see him- 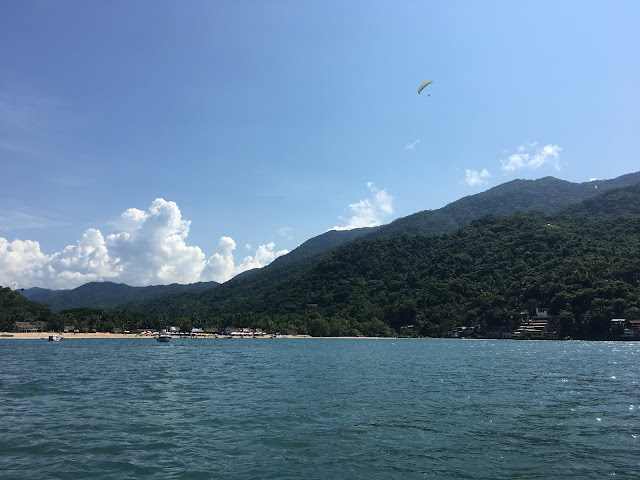 The water was dirty so we continued on to another spot, right beside a party pirate boat- 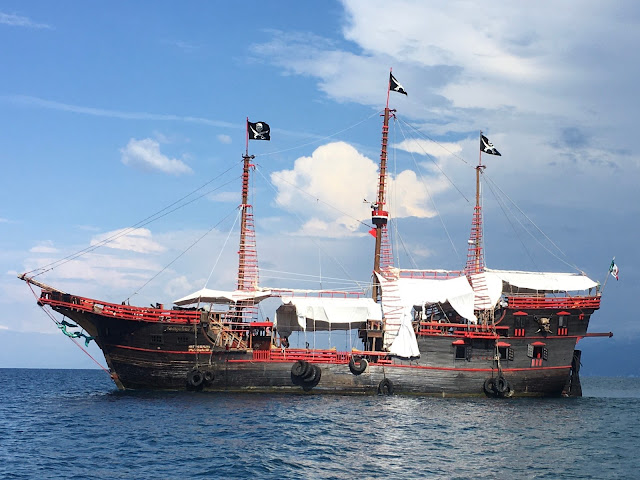 There were gorgeous king angelfish and another white fish about a foot long who floated with his belly in the air but wasn’t dead.  It was almost like he was suntanning. 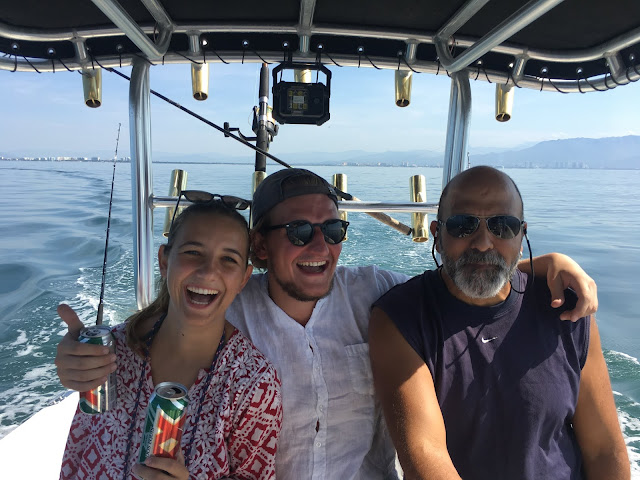 After our swim, we headed home but the sea was quite rough although there weren’t any whitecaps.  As we were loading on the slippery launch, Pablo fell off the hitch and landed really hard on his tailbone.  He lay there awhile but managed to pick himself up and limp over to the side where he sat down. He was very lucky not to have hurt himself worse.

We got home shortly after 5 and unfortunately the game was over.  We won 23-13 against the Eskimos which means we get first place, a bye and a home game.  I had a quick shower and rushed over to the Escondido bar, just in case anyone was still around.  I met up with Alan Prout, a retired Sask Power lineman from Yorkton.  We had a beer and visit and then I wandered home via the Malecon which was hopping with food booths, music y muchos gringos!  Many people were dressed up or in costume celebrating El Dia des Muertos- 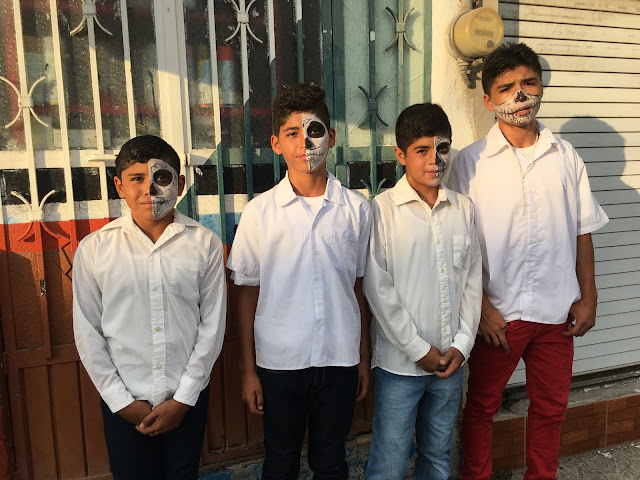 Tonight is my fifth night so I’ll have to decide what I’m doing in the morning.  Not sure I’m ready to leave PV quite yet.