Yesterday was a quiet day except for seeing The Irishman at a third theatre right on main road of the Golden Zone.  I could bike to the end of the Malecon and then walk about 10 minutes. The theatre is an old place but the chairs rock and are comfortable and it only cost $1.37 to see a new release!  Frozen 2 is there - I’ve never seen the first one but for 20 pesos?

Along the way, two of my favourite things-

I’ve been having great relaxing mornings - reading the paper and now I’m reading Testaments by Margaret Atwood and having a hard time putting it down.  So, I spent the morning reading, walked 15 steps to a taqueria and wanted only 3 tortillas but she gave me 6 for twenty cents.  They were still warm!  I bought some marmelada so I can eat them, otherwise they’re so blah.  Then after a snooze - a snooze for God’s sake!, I went walking.  I found a luncheria and had a hamburguesa con queso, tomate y lechuga, walked to Plazuela Machado where luckily there was a bike and went to the Malecon. 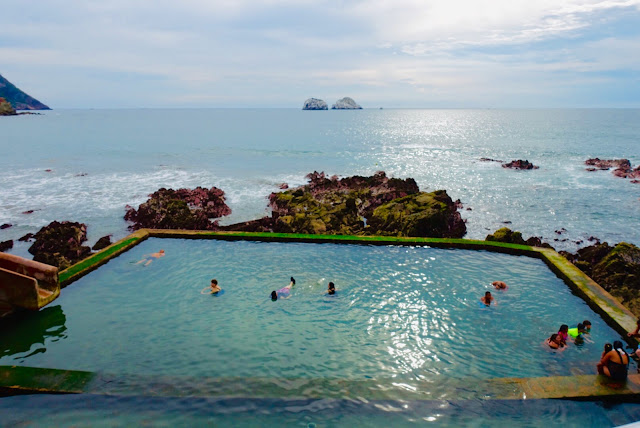 There’s even a water slide but it wasn’t working- 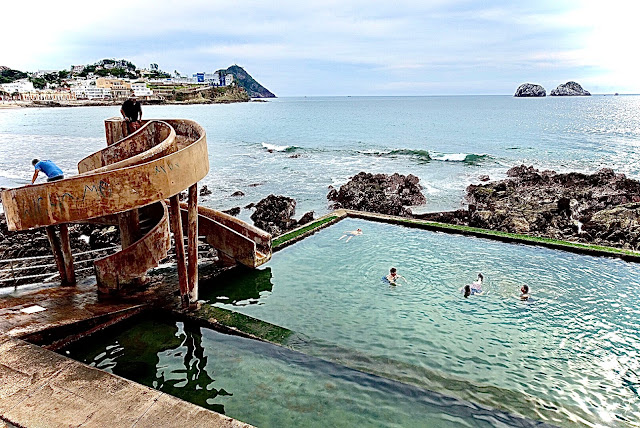 Nearby were men shucking oysters- 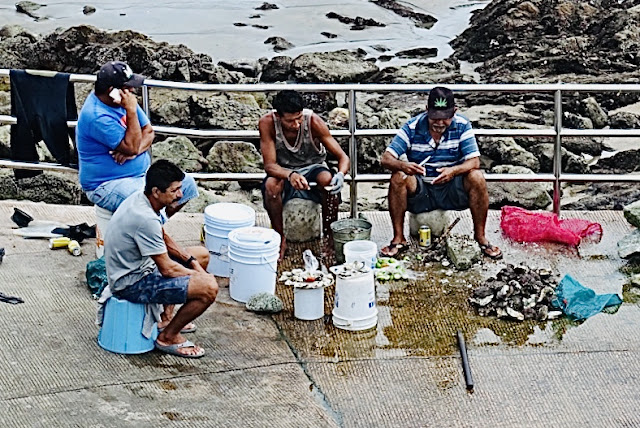 I rode to the end of the Malecon then walked east to a huge grocery store, then found a gigantic mall that had a DAIRY QUEEN!!!!!.  I had a a Blizzard of course!, then made my way back to the Malecon and biked home.  I decided to park in a new spot but the GPS wouldn’t cooperate.  I parked my bike in front of the door to Coppel, a local department store, but the GPS said I was parked across the street.  The green dot is supposedly the bike, the blue circle is where I’m standing which is right beside the supposed parking spot- 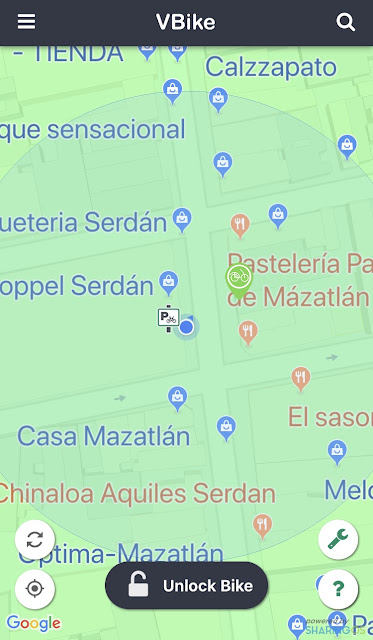 Well, here’s where I am- 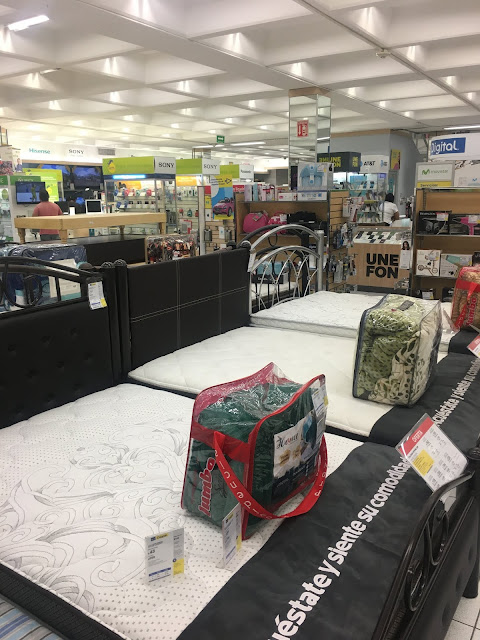 I don’t think they want the bike in the store.  I’m sure VBike will be glad when I leave town.  I send them emails and pictures just about every ride I take.  They don’t maintain the bikes very well so I make sure to point out the repairs that are required.  Also, the GPS sometimes shows there are bikes when there aren’t so I report that too.

So tonight I’ll finish my book and tomorrow will be my last day in this area so I have a few errands to do - money to change, the Archaeological Museum to visit and a Spanish lesson at 1:30!  Not sure when I’ll get my nap in! 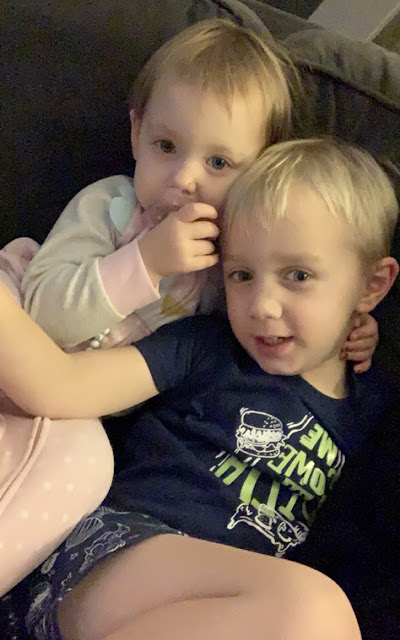