I had a great sleep and was up fairly early walking/running on the Malecon.  I’m only 7 minutes away and early in the morning there aren’t many tourists to fight with.  After, I read the paper in the courtyard in front of my place.  There was a nice breeze, thank goodness because it got up to 32 with 60% humidity and that’s hard to take  Sweat runs down my face constantly.  After breakfast I went walking looking for a dentist and can get an ultrasound cleaning/scaling and polish as well as a check up for $40.  That seems pretty good to me.  I checked out a couple of CrossFit gyms and if I were staying, I’d be going to one of them  I visited a tile factory where they fire the clay and then paint it- 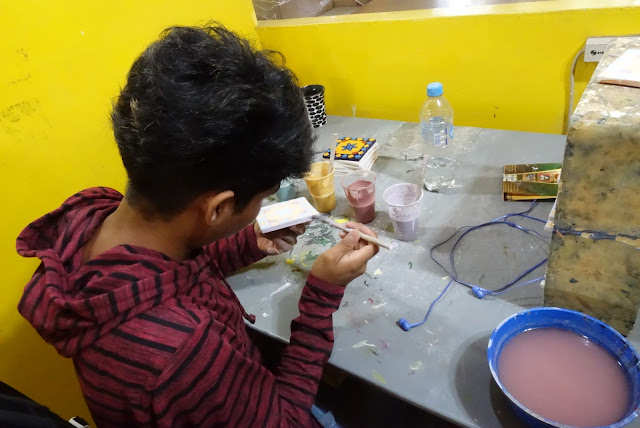 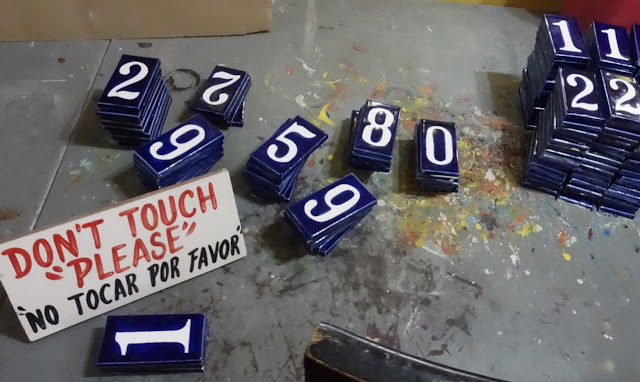 They have lots of square tiles, sinks- 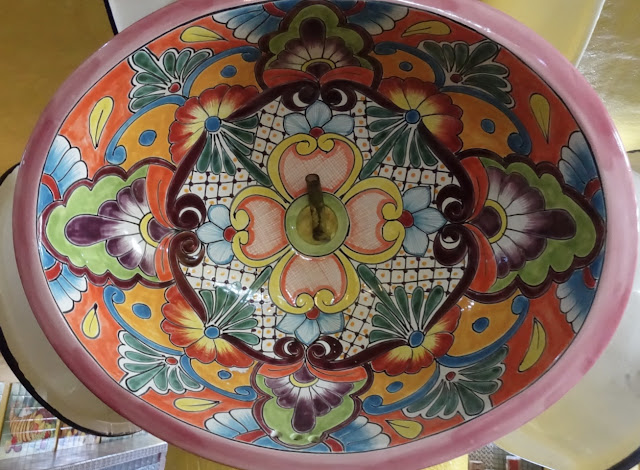 and pictures made of many tiles- 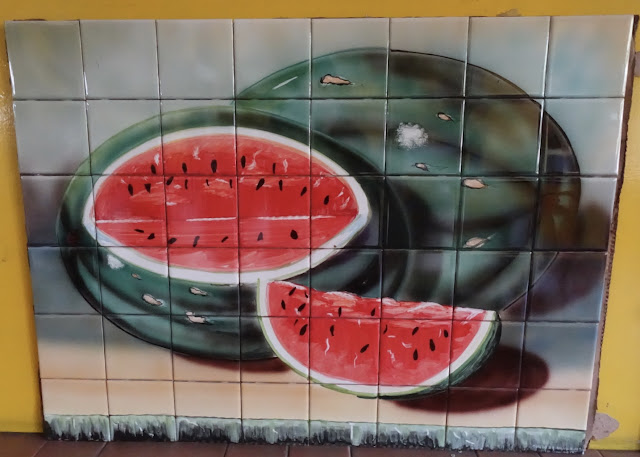 I kept wandering and found an antique shop full of...... junk- 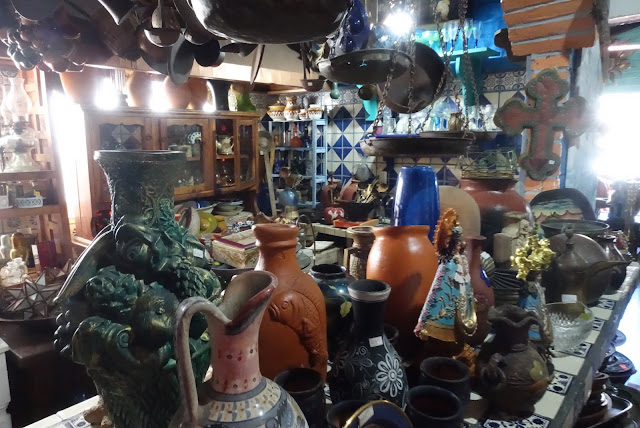 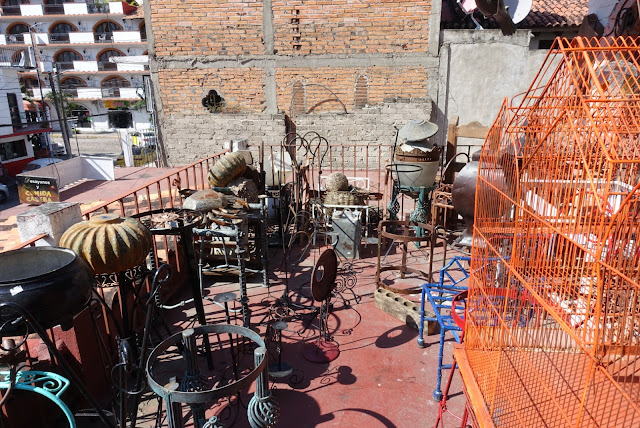 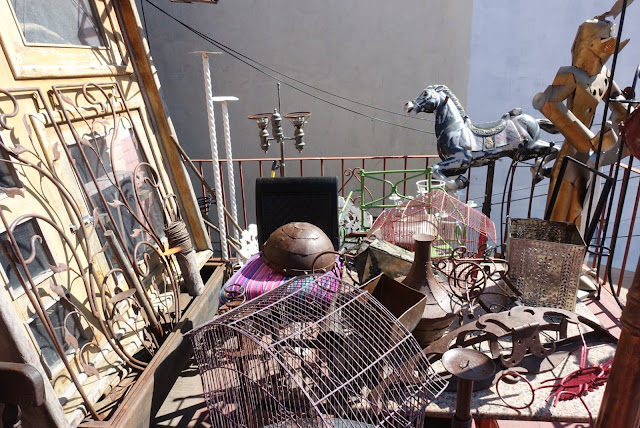 It gave me the creeps.  I came across a juice stand and had a green one which I don’t like but I know it’s good for me:  celery, spinach, ginger, orange juice and other green things.  By the time I finished it, I wasn’t minding it.  I visited with a woman from Quebec who has lived here 6 years.  She loves it.  As I was sipping my not cocktail, another woman came along, Vivian, a New Yorker who was a journalist/photographer.  I had seen her at one of the gym’s I visited.  She’s been living here full time for 2 years.  Seems like it’s the place to be!

For lunch I had a tortilla with camarones a la plancha which was sooooo good, then wandered around until I found Pinocho’s, a bar that was hopping again (I’d walked past it yesterday) so I had a couple beer and some guacamole.  I’m sure this is meant for at least 4 people but I ate it all myself.  🐷🐽 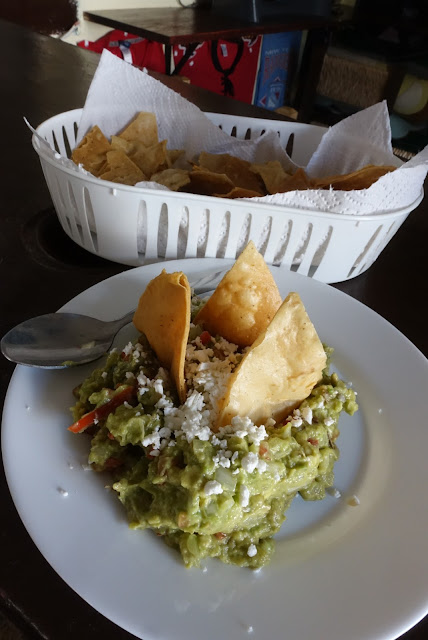 I was sitting alone at a big counter and soon 2 couples from Dallas joined me.  They were more interested in their phones than each other or me so I moved to another table.  I don’t think they noticed. The waiter brought some interesting coasters to our table- 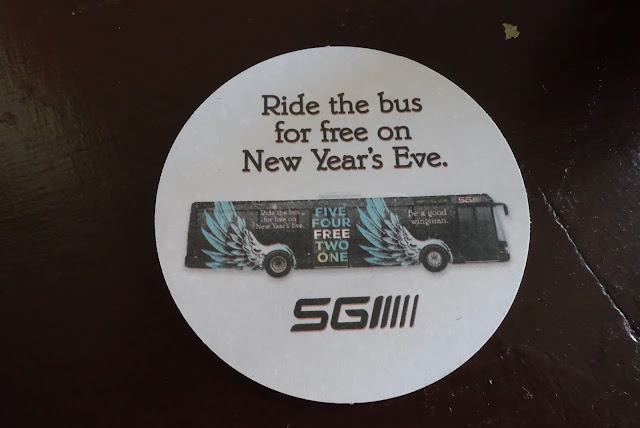 He said a friend gave them to him.  There are also many flags and license plates, including a personalized one from Saskatchewan.  I came back to my air conditioned palace and am just relaxing for the rest of the night.  I’ve decided that I will move on this Sunday and start heading north.  May as well!!