I love my place!  Have I said that before?  My only goal for today was to see the Riders beat Winnipeg and so after a leisurely morning, I walked to Plazuela Republica to pick up a bike to he’d to the Dugout.  Along the way- 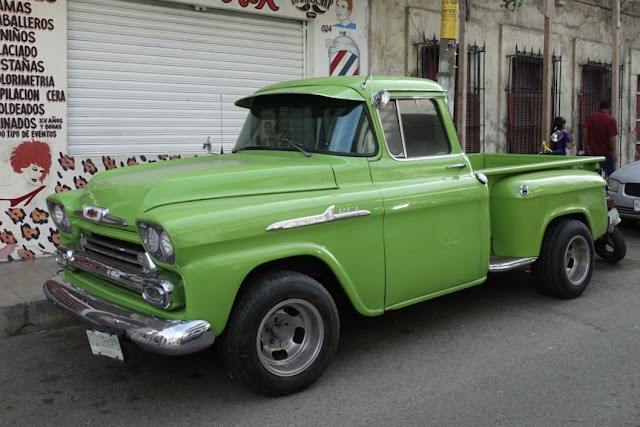 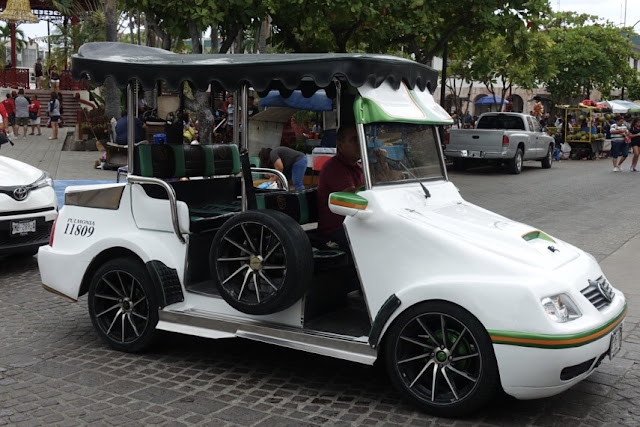 Plazuela Republica is where el Catedral Basilica de la Immaculada Concepcion is located and because it was a Sunday, the church was packed for mass.  Outside in the Plazuela there were also tons of people, enjoying their day off.  I didn’t try esquite because I’ve had it before but it is delicioso- 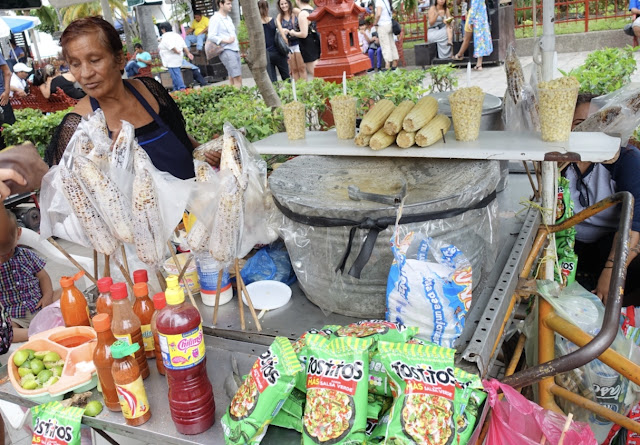 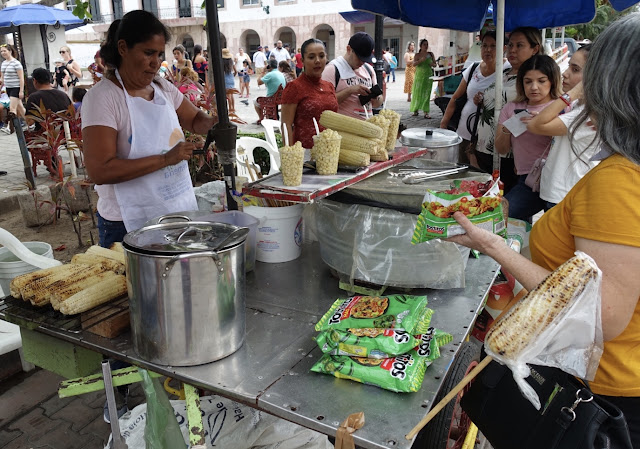 It’s corn in a cup with many spices.  The shoeshine men were out in full force- 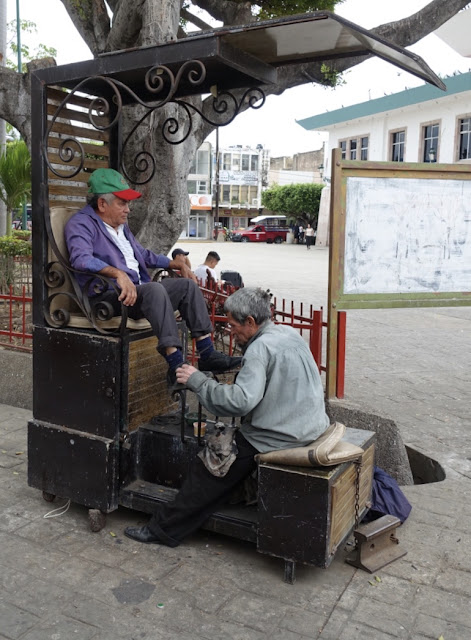 There weren’t any bikes here so I had to walk a couple blocks to Plazuela Machado.  I’m learning something new every time I pick one up.  I had unlocked it before I checked out the seat height, which was too low, but I couldn’t raise it so had to bike uncomfortably. Along the Malecon was a diver, preparing to jump.  I didn’t stick around to see if he splatted on the rocks below- 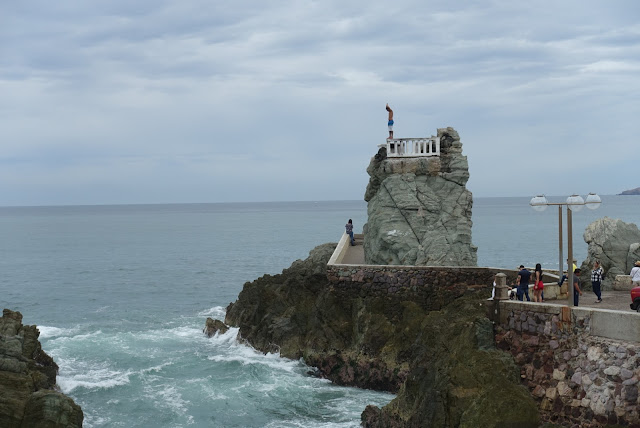 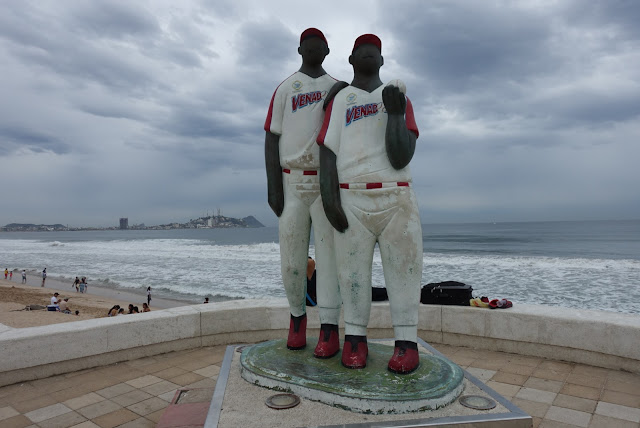 I rode my bike to the end of the Malecon, then walked along the Zona Dorada which is modern Mazatlan.  Noisy Razrs can be rented and apparently are legal on the streets- 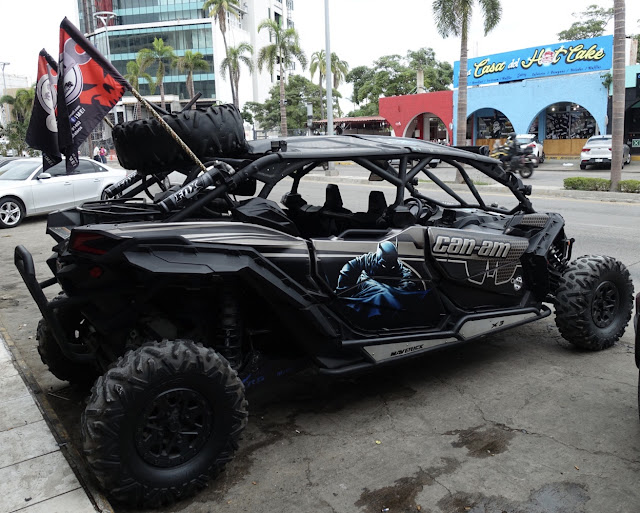 At the Dugout, I sat with Doug from the Vancouver area and Jack and Shannon Appleby from Emerald Park to watch the disappointing Rider game.  Even the Queen’s support didn’t help- 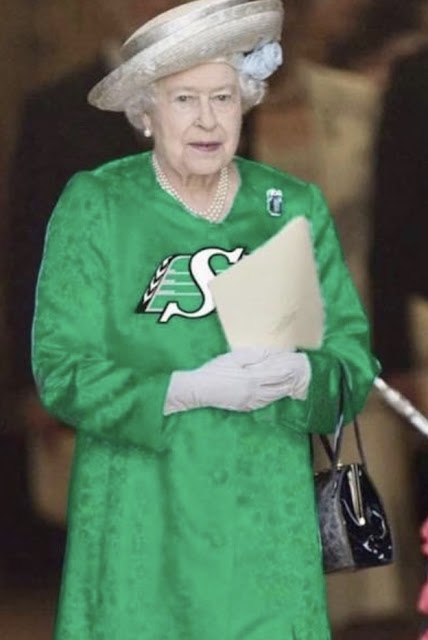 I got an interesting email too.  A while ago, I signed up for Kiva, an international money lending company.  One can loan money to entrepreneurs around the world to help them start businesses.  The email said a loan had been repaid - I loaned $25 US to 3 different women.  The idea is that once the loans are repaid, the lender can loan again.  So, I was looking forward to searching the site and picking a new borrower until I opened the email- 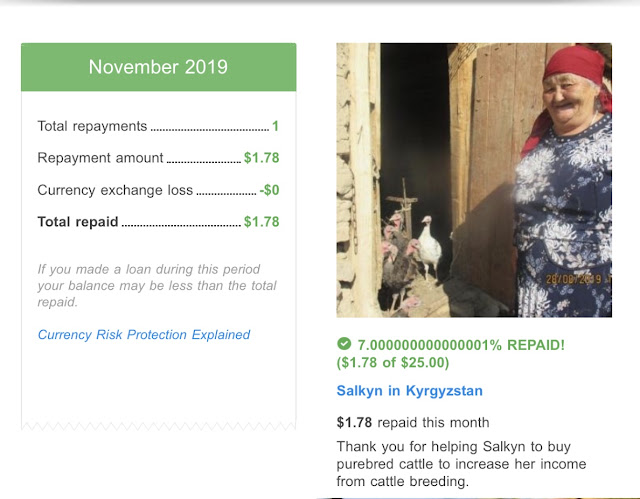 Silly me.  Of course it’s going to take a long time to repay and good for Salkyn to be working on repaying her debt.

I caught the green Gringo bus home and had a huge plate of shrimp for supper.  Looking forward to tomorrow!