I said goodbye to my Bucerias dirty house, barking dogs and loud teaching Jennifer around 11.  My bedroom was heavenly - great bed and sheets and wonderful air conditioner but the rest of the house sort of gave me the willies because it seemed so dirty.  As well, they have two small dogs which they left behind for 24 hours when they went to Vallarta to their other place.  I did see a dish of water but I saw no one come and take them for a walk or feed them.  When someone would walk by, particularly if it was another dog, they’d go nuts barking.  Thank goodness they settled down about 10 but woke me up at 4:22 and then again at 7.  So, I would only stay there again as a last resort because the location is second to none.

So I caught a collective to go to Mezcales which is only 10 minutes back towards Nuevo.  I went extra early because I couldn’t buy my bus ticket on line as the site wouldn’t take my credit cards.  I wanted to make sure I had a seat so got there plenty early.  After explaining or whining, whatever you want to call it, they gave me the internet rate which is a savings of 10%.  My supposedly 7 hour trip cost $48.35.  More about that later.  They let me leave my big bag behind the counter and I went walking.  I’m always looking for something good to eat and it didn’t take long to find a little restaurant serving crispy tacos- 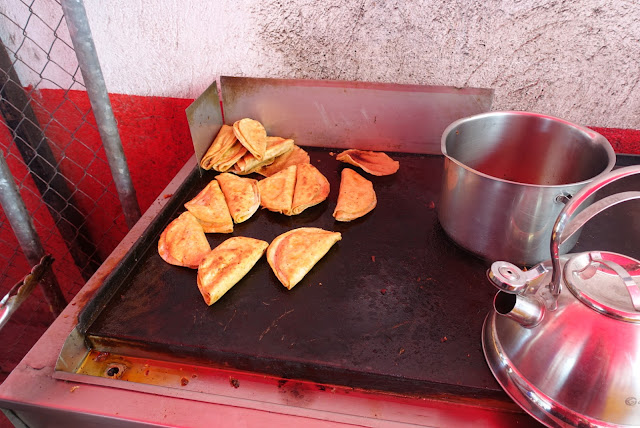 First, they brought a small portion of consommé.  Viviane was telling me about this - they always serve it to Mexicans but not to Gringos unless you ask for it.  I’d forgotten all about it so was delighted when the waitress gave it to me and even more delighted when I tasted it.  It was excellent- 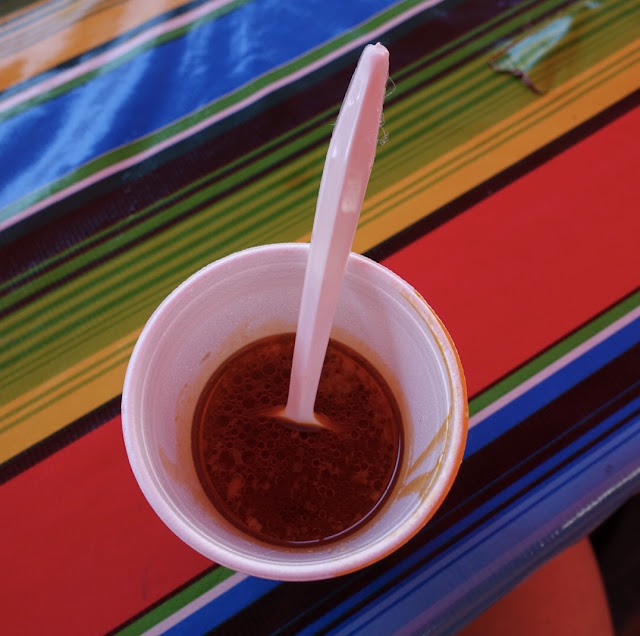 Next came my taco- 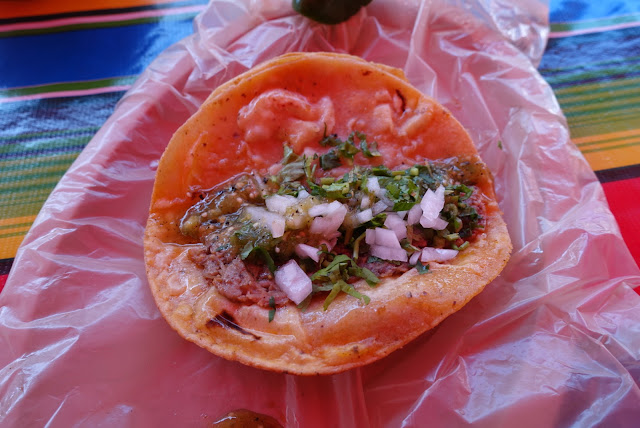 It only comes to the table filled with carne but there are always dishes of chopped cebolla, cilantro, pico de gallo, green salsa which is mild and red hot screaming fire salsa- 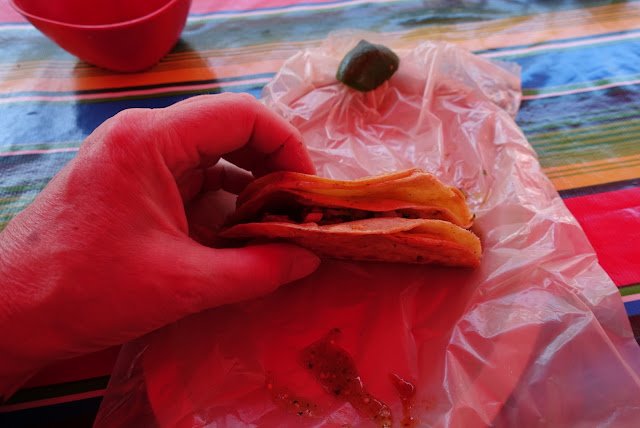 Oh, and I can’t forget the fresh limes that just have to be squeezed on top of everything.

The bus was on time amazingly, but I guess it only started in Vallarta, 20 minutes away.  I took my snack pack:  a jamon and queso sandwich on integral pan, a bag of jalapeño smoking hot papas fritas, headphones and a bottle of water and climbed aboard- 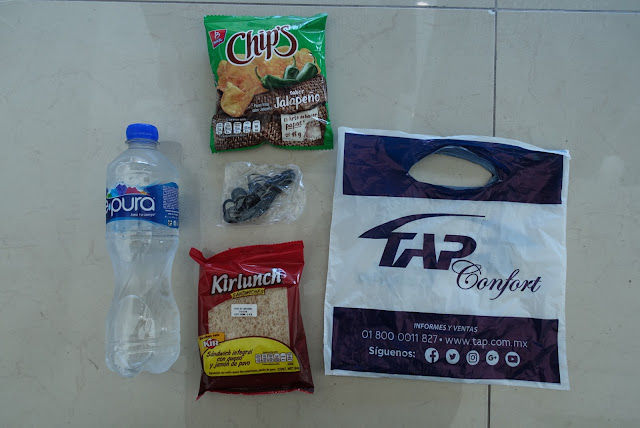 Next time I’ll pick a window seat.  Just like in an airplane, I picked an aisle seat so I could get up easily, but there is so much room that a person doesn’t need to worry about disturbing their neighbour and besides we stop often enough that you can get off and use a real bathroom instead of the skinny one at the end of the bus.  There are pull down blinds on the windows to keep the sun out and each seat has it’s own entertainment centre.  WestJet should be ashamed- 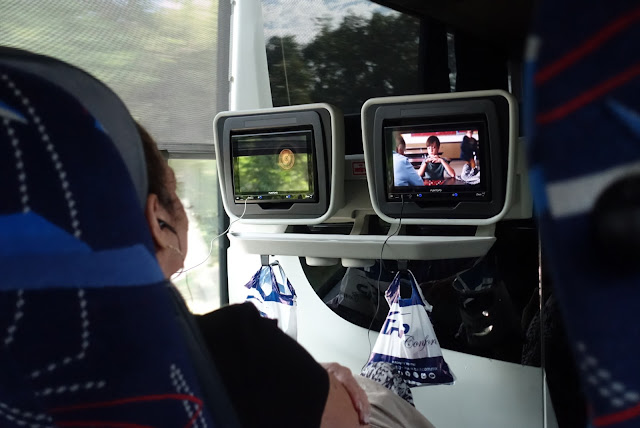 One can watch movies or tv, listen to music or the radio, play games or see the map of where we are going.  I played a couple of word search games until I was starting to feel carsick from the curves we were on for awhile.

The countryside is beautiful, my blurry pictures are not- 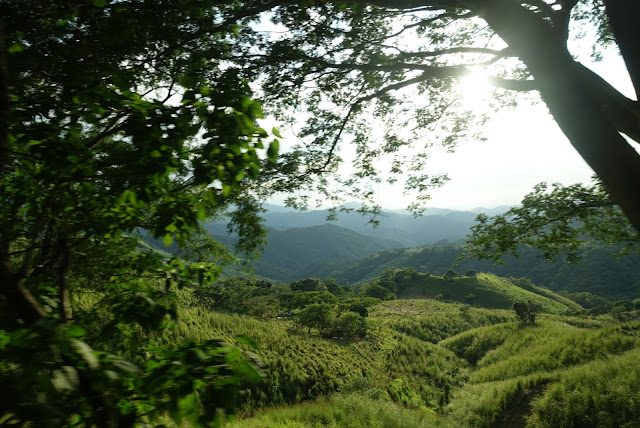 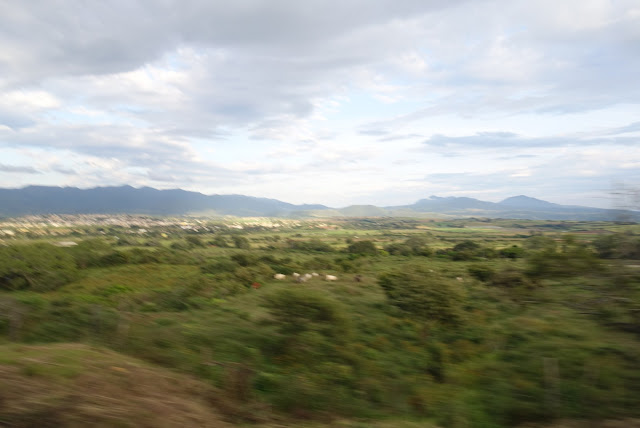 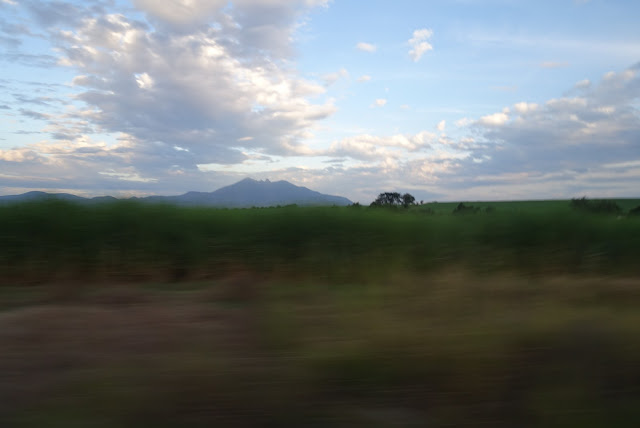 Have to figure out my expensive camera.

We were stopped a few times - who do you think you are?  Africa?  First a policeman came on board, walked to the back of the bus then got off.  Then a woman came on, said a bunch of I don’t know what and we all had to get off and our bags were “searched” apparently for fruit.  I guess you can’t take fruit from south to north.  Who knew?  And who knew I had a couple limon in my backpack which I completely forgot about and of course she didn’t find.  Then later, a man got on wearing a t-shirt that implied he was looking for unauthorized persons.  He didn’t find any on our bus but he might have taken the two from Brampton, Ontario who were sitting at the back and probably voted for Trudeau.

There were numerous toll stops and construction stops - sometimes for long enough that the driver shut the bus off!  When that happens, you know you’ll be awhile.  We eventually got to Mazatlán, two and a half hours late and 407 kilometres north of Bucerias- 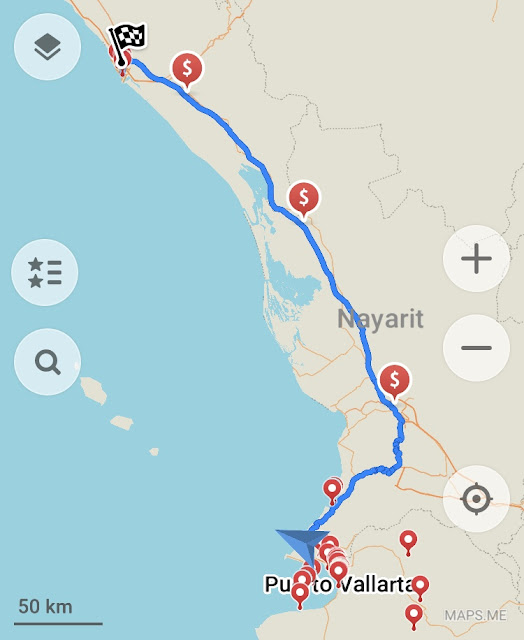 I called Uber for my very first time - wow is that slick! and in no time José, who makes 1000 rides/month! was there and we were at my apartment where Alan from Edmonton was waiting.

It’s an awesome place and Alan explained the whole area to me - where to shop, buy shrimp, get groceries, get pastries, get water, take the bus, find the sites and beach and most importantly, where to watch the Rider game Sunday.  He’s not a CFL fan - what’s the matter with him? but he said The Dugout is the place to go so I’ll check it out as well as Friends Diner.

My place is awesome- and I’m definitely staying longer.  The bedroom has AC, a king sized bed and a small patio- 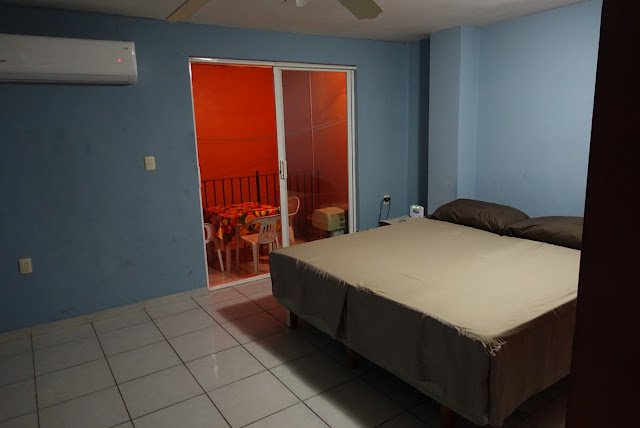 The kitchen is large and well stocked- 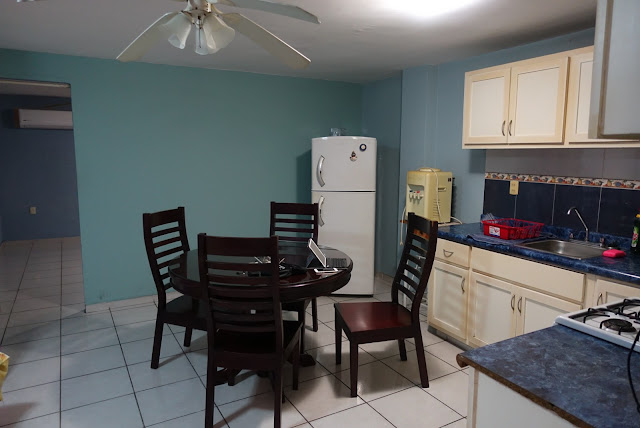 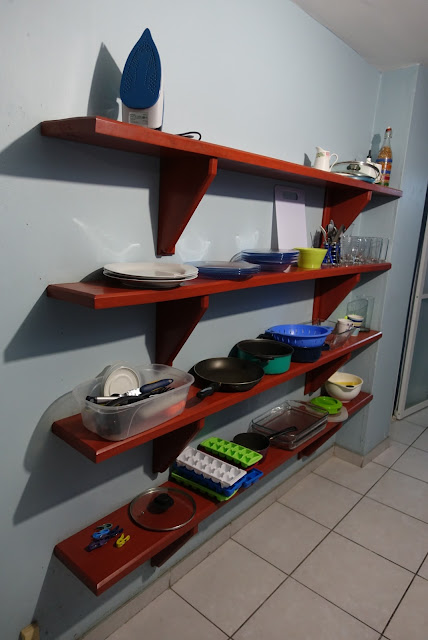 The bathroom, with HOT water, is at the end of the kitchen shelf room and include a washing machine- 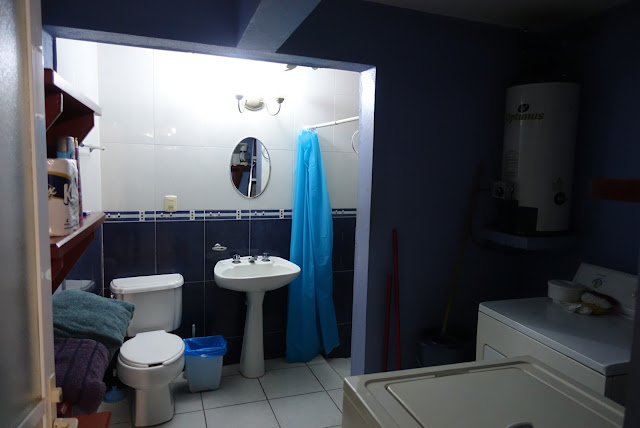 A second bed is in the kitchen - weird but whatever- 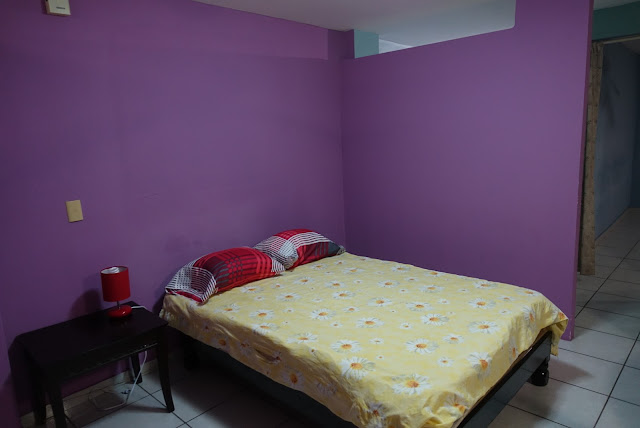 We gained an hour coming north and Alan was here at least an hour so I’m very tired.  Looking forward to exploring Mazatlan tomorrow!  I think I’m going to like it here!