I started out the day walking along the street that thankfully is now mostly dry.  Traffic is back to normal.  A car stopped beside me and asked if I wanted to see a timeshare presentation.  It would only take 90 minutes and I’d earn $200 US and he’d earn $100.  I was unsure about him because he had his own driver, so rather than get in that car, we took a pulmonia to the oficina.  After filing out a form, I was put in a room and soon was told that because I was single that the most they could offer me was $50 US not $200.  I said I wasn’t interested in wasting precious sun tanning weather for that pittance so they brought me back to the hotel.  What a crock.  Even though a married couple might only have one wage earner, they still qualify to get the $200!  At least the man leading the meeting didn’t waste any more of my time.  The man who picked me up said he can retire in 4 months, after 30 years of recruiting.  He used to get 3 to 4 clients a day, now he gets that many in a week so he’s looking forward to being done.

After my failed timeshare meeting, I went out to the water.  I’m not sure about this fancy hotel business.  Yes I like the room, but no more than my apartment.  Yes I like the access to the water, but it gets hot sitting out there all day.  The views are nice and my first one was across the infinity pool to the ocean- 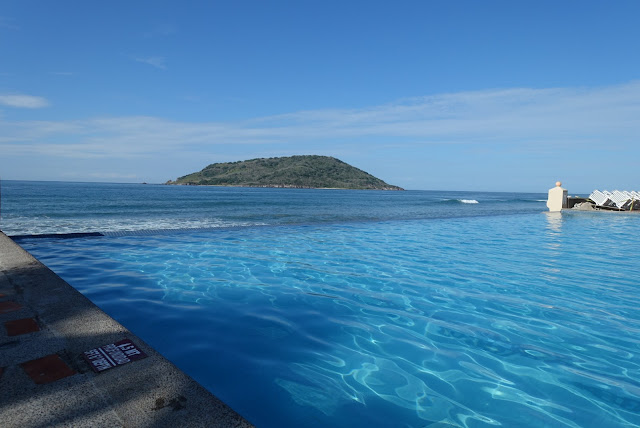 That’s pretty sweet.  I moved to the other side for awhile to change the angle of the sun- 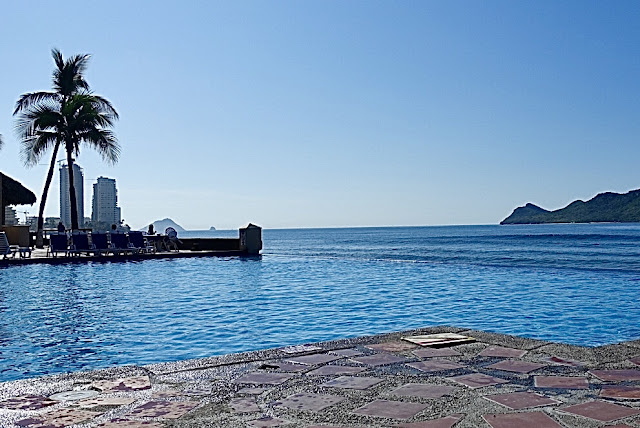 then stuck my feet in the pool.  It was cold - of course it’s not heated.  The tide was in, the red flags were up and all the garbage that was on the beach last night and all the water that was on the streets was gone.  Kind of gross when you think about it- 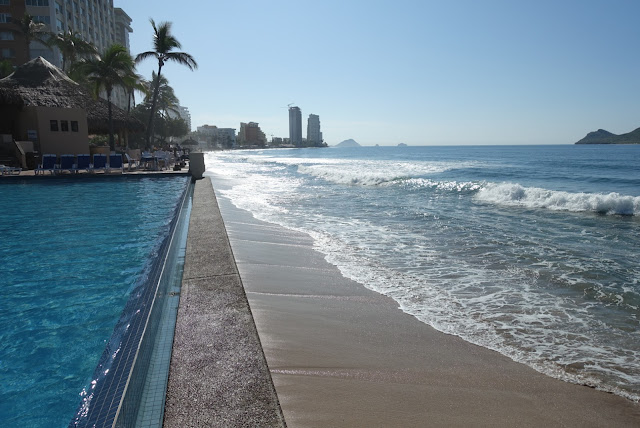 I baked for awhile, then got dressed and went walking.  I stopped at Carl Jr’s for lunch.  I’ve never eaten in one before and it was really good.  I had a guacamole burger with tocino and fries- 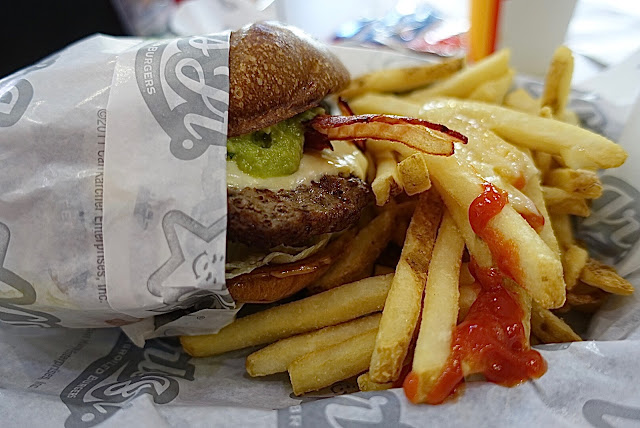 I wandered back to the hotel and went back out to sunbathe.  Tomorrow I’ll do the same in the morning and then catch the bus to Los Mochis at 1:30.  There’s a 3, 5 and 10 km mini marathon in the morning at the Malecon so I hope it doesn’t screw up the buses when it’s time for me to leave.

I’m kind of getting bored so it’s good to be moving on.  I’m feeling like Raymond- 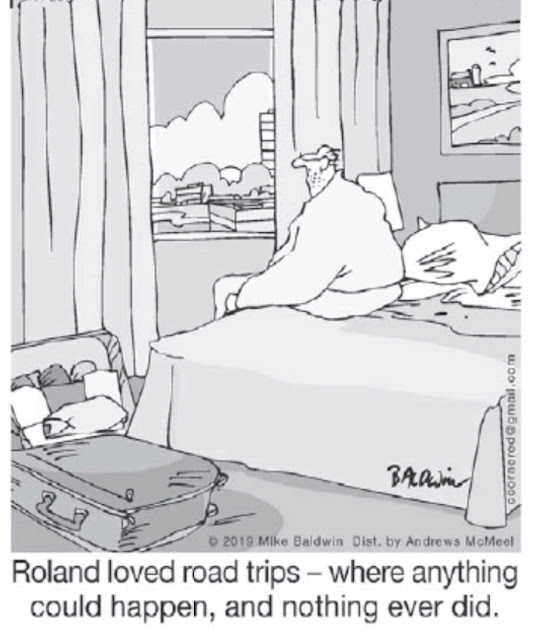