My mission for the day was to get to El Faro before it got too hot. Well, I don’t know what time that would be - I was sweating buckets.  It didn’t help that it was 100% humidity because of yesterday’s rain.  Thank goodness it has cooled off this evening.  El Faro is at the south end of the city on what used to be an island until a causeway was built in 1828.  The original lighthouse was built in 1879 and they used an oil burning lamp, mirrors and a Fresnel lens to project a beam of light. This was a great improvement over the signal fires they used before.  Even with the lamp, because that signal didn’t move, the light was often mistaken for a star.  In 1905, the light was upgraded to a fully-rotating signal lit by a hydrogen gas lamp.  In 1933 an electric lamp replaced that and is still there today.  The 1000 watt bulb produces light equivalent to 600,000 candles and it can be seen for 300 nautical miles.


The lighthouse itself is only two and a half stories tall- 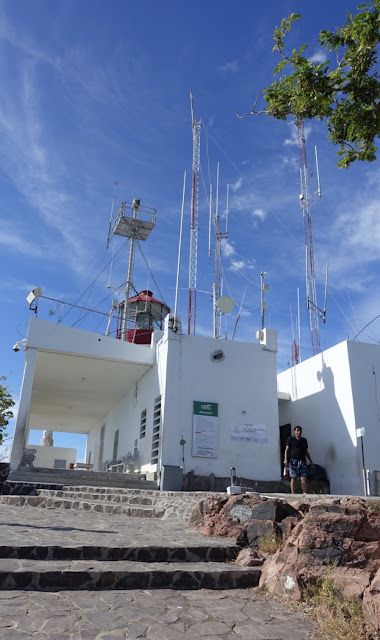 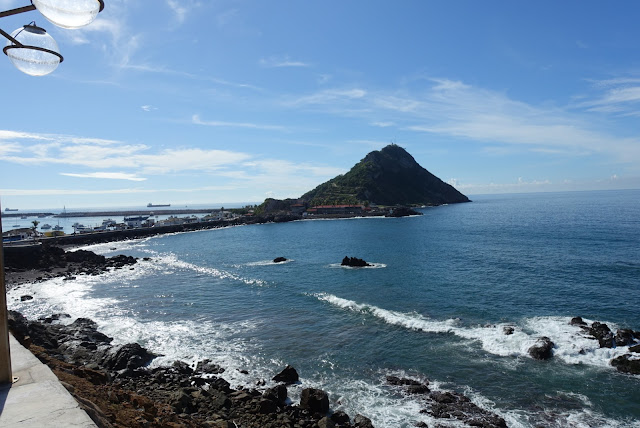 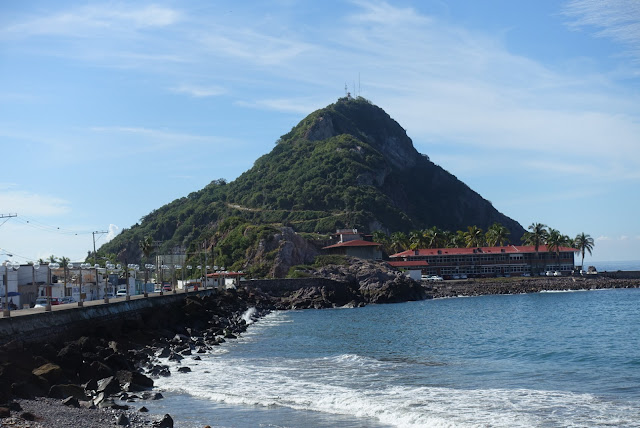 so that means it is the highest lighthouse in the Western Hemisphere, and second in the world after the Aerobeacon which is found in Gibraltar. 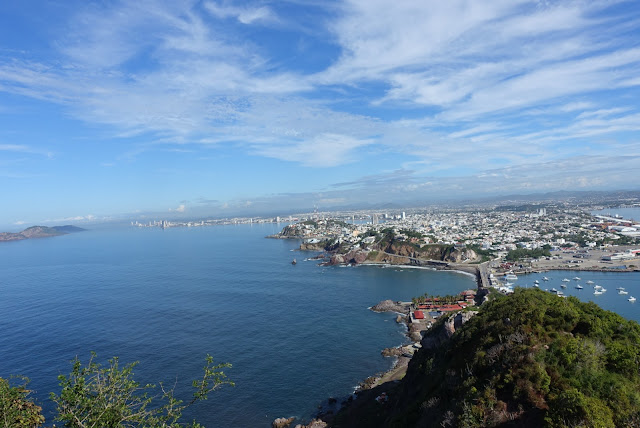 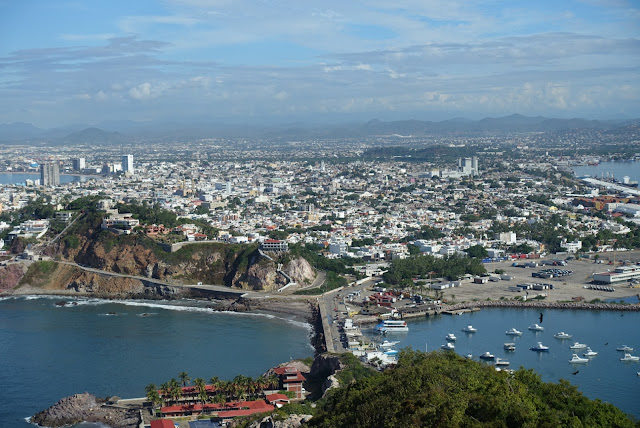 A bit to the east is the port- 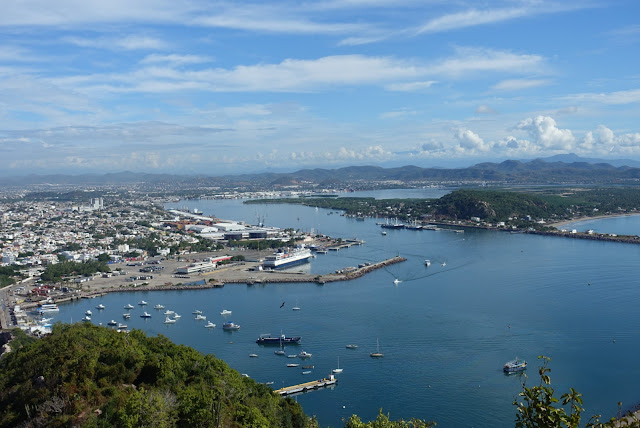 and La Isla de Piedra and its beautiful beaches- 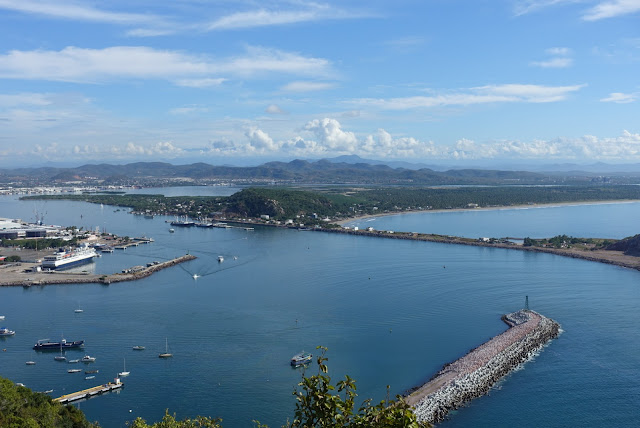 Afterwards, I walked to the start of the Malecon where I met a couple from Winnipeg who were wondering where they might find some shops.  The man was severely overweight and walked with a cane so I’m not sure how far they thought they might walk.  They had come from a fancy hotel in the north via taxi for 150 pesos, rather than hopping on the Green Bus for 22.  Whatever. They’re from Winnipeg, what can you expect?  We had a nice visit and then I carried on.

I stopped in at the Museo de Arte to see three exhibitions.  Zapata Vive is the exposition of images by Emiliano Zapata and include Libertad de Expresion- 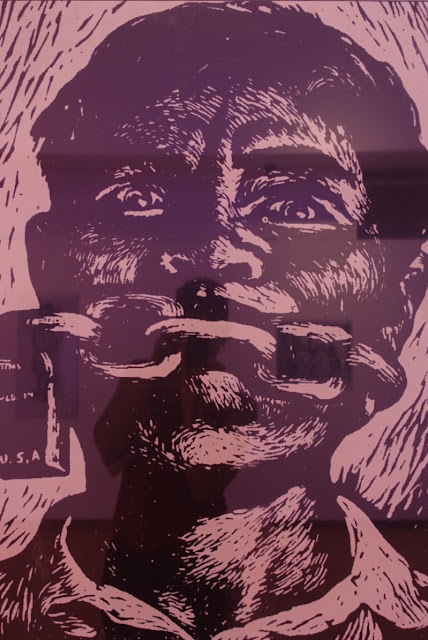 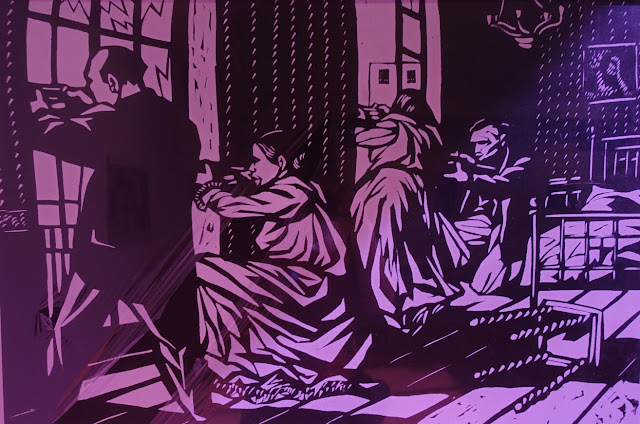 I thought that was fitting considering we celebrated the Revolucion just yesterday. 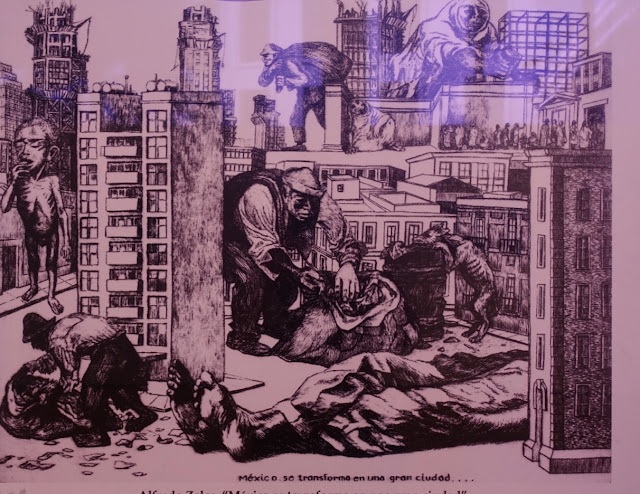 and all the things that come with that! 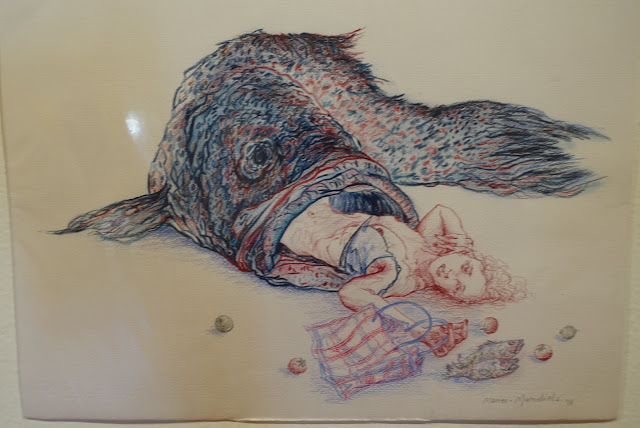 Tocar fondo- (At the Bottom)- 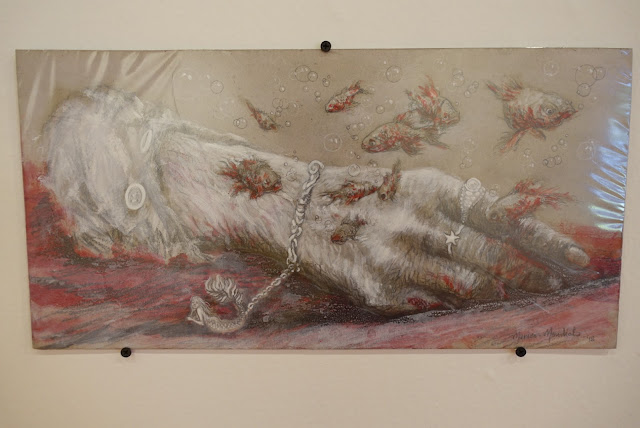 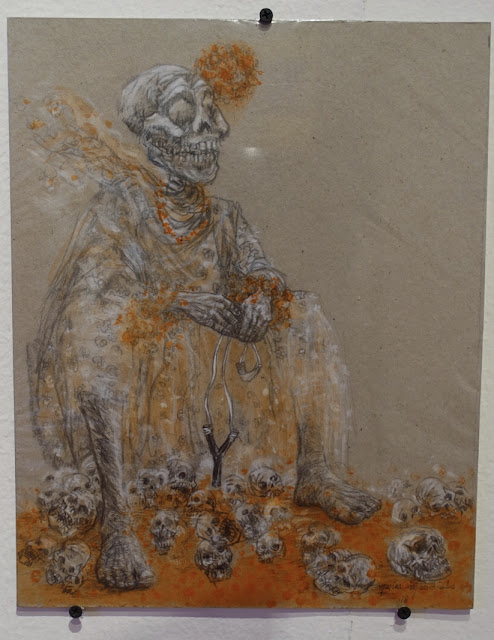 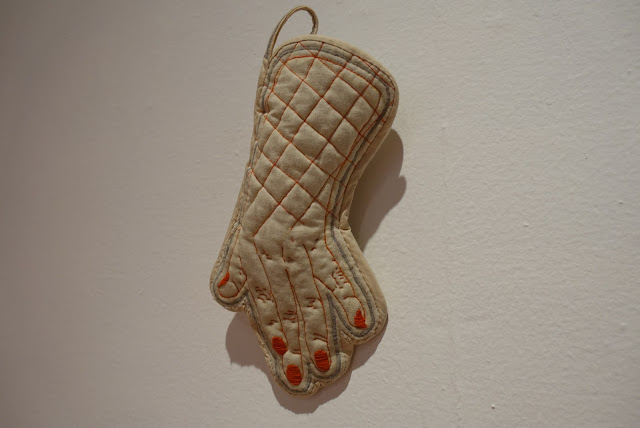 She had a video too but it wasn’t running and that was fine with me.  Pretty weird!

There’s an Art Walk the first Friday of the month that includes about 20 different art stores in the Centro Historico.  I stopped in a couple and they had some very nice things, all of which I do not need.

Lunch was pollo de mole, something I love but this is not Puebla and it wasn’t as good as I remember.  I first had a consommé shell macaroni soup with warm tortillas even served in a warming dish-

Then the chicken mole with rice as well as beans on the side.  Mole sauce contains fruit, chilies, nuts, black pepper, cinnamon and cumin- 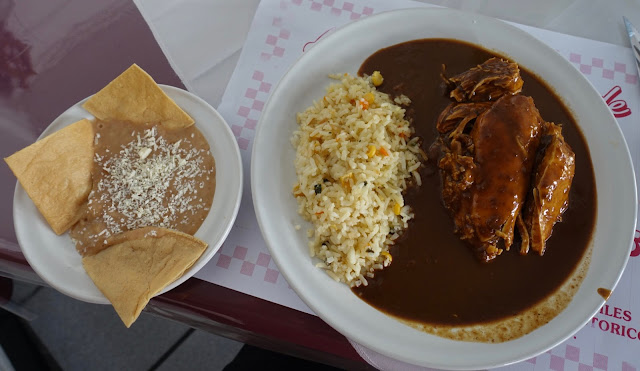 My afternoon was spent in nice AC and I worked some more on my next 7 weeks.  It’s coming together but is so much work.  I have new neighbours above me, but only for one night thank goodness.  They sound like a herd of elephants!  They are Mexicans from Manzanillo, on their way north to surf.  They hauled in three gigantic surf boards that they didn’t dare leave out on their vehicle.  They couldn’t get them up to the second floor via the stairs so they’re in the stair well.