Well, what to do today?  I went to the Farmer’s Market which is every Saturday in a Plazuela I hadn’t visited yet.  Goods must be made/grown by the vendor in order for them to participate so there were all sorts of vegetables, cheeses, breads, jewelry, 2020 Mazatlan calendars, honey and the real reason I went- kombucha.  I was reading about it in the local newspaper and have tasted it before but thought I’d try it again.  I don’t have stomach issues but may try to make some once I get home just for fun.  It’s quite a process but not difficult, only time consuming and you need a scoby which is available on Amazon- what can’t you buy on Amazon?  A scoby reminds me of a wild, flat mushroom that grows stuff on it.  Kind of hard to explain but .....

I did a bit of food shopping and was looking for a restaurant that serves zarandeado which is fish in a rich ancho chilli and soy sauce marinade.  It’s a specialty of the area so a man at a booth in the Mercado directed me to Puerto Azul, a bar/restaurant on the beach along the Malecon.  It was only a mile away so I walked.  Once there, after a Pacifico, nachos and pico de gallo, I took a look at the menu, looking for a word with a “z” in it and spied empanizado and thought (well not really much thinking was going on) that was it.  Camarones too.  Well, when it arrived - 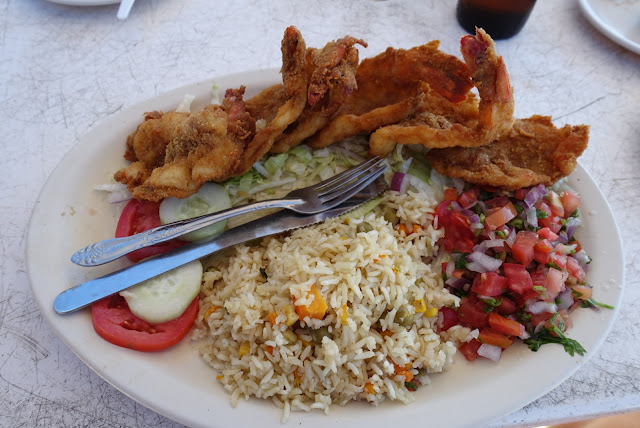 It was not at all what I was expecting.  They had butterflied large prawns and deep fried them.  Gross.  I never eat food like this, well, almost never.  I called the waiter over, thinking he’d fucked up. I looked at what I had written in my phone - zarandeado and I looked in the menu at what I’d ordered - empanizados.  Shit.  I guess my Spanish isn’t that great!  There is a “z” and an “ado” in each word....Later, my waiter - they are so kind, brought over three huge red snapper and said one fish makes Zarandeado.  It’s for four or five people, not just one, so according to him, I couldn’t have ordered it anyway.

I enjoyed the beach despite the constant hassle- 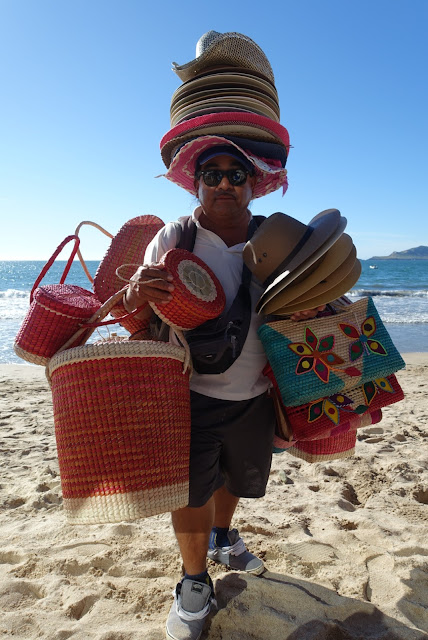 They work so hard, day in and day out in the baking sun, being refused by just about everyone.  After a ten piece mariachi band moved in right behind where I was sitting - the trumpet player’s buttocks touched the back of my head until I stood up and walked down to the beach to keep my hearing, I hopped on a bike and headed home.  It’s the weekend so it’s wedding time again- 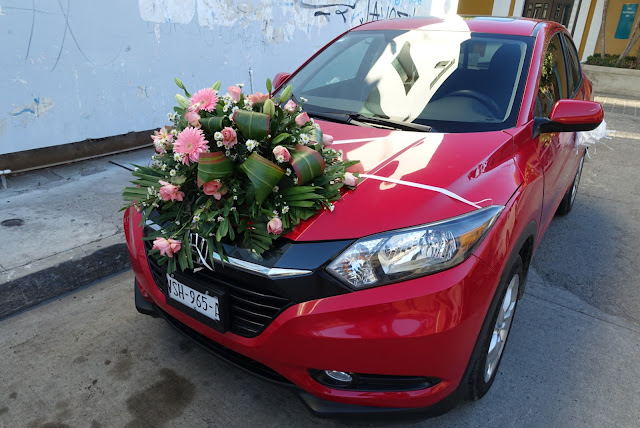 Most of Crystal’s and Alex’s wedding was in English- 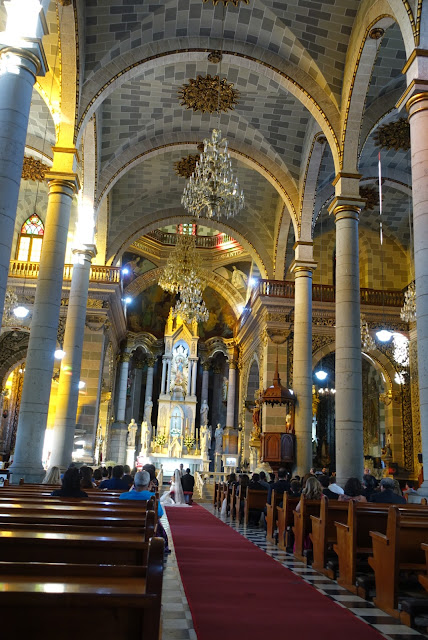 The two older women behind me just about choked when the priest said, during his homily, that “love is power”.  “How does he figure that?” asked one to the other?  They’d soon had enough.

I spent a lovely evening on my front deck reading Margaret Atwood’s The Testaments, which I’m quite enjoying.